In case you didn’t already know, there will be two 48-hour strikes on The Tube in London over the next two weeks. The first will begin 9:30 tonight until Thursday evening.

A London-based blogger has developed a nightmarish map representing which lines will run during the planned Tube strike beginning this evening.

Ian Mansfield created the map to show the disrupted service for Londoners over the next two days, leaving large swathes of central London empty (click for larger version): 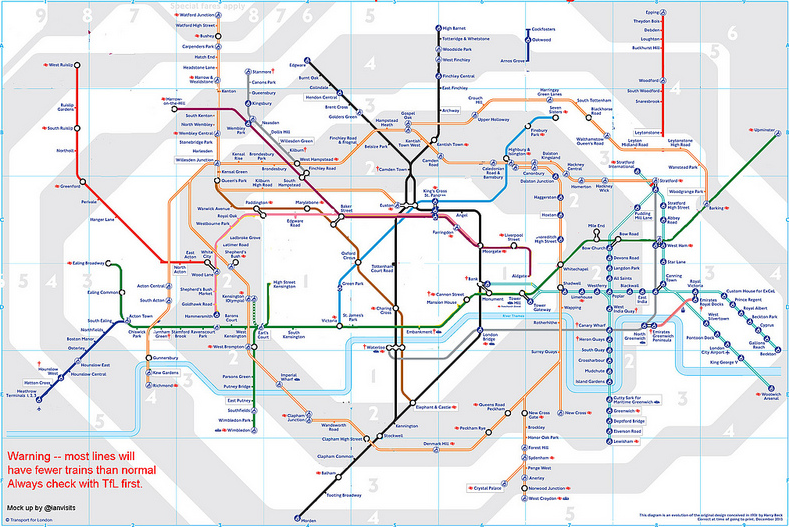 Unfortunately for UCL students, it means no Northern line to Goodge or Warren Street, and no trains to Euston or Russell Squares, with buses are likely to be rammed in order to compensate.

Kings students will have to make the extra schlep to Embankment. If you’re at Imperial: the Piccadilly line in central London and Circle/District in from Notting Hill and Paddington will be down meaning that the District will be the only way to get to South Kensington although public transport to the West London clinical sites from Hammersmith should be unaffected.

Tube staff belonging to the RMT and TSSA unions are set to walk out in protest against measure to shut ticket offices by 2015.

With even lecturers having trouble getting in over the strike, the Tab strongly advises you stay in bed.