The DMS Watson Library has been closed until “at least tomorrow” after a pipe exploded, covering the building in human waste. 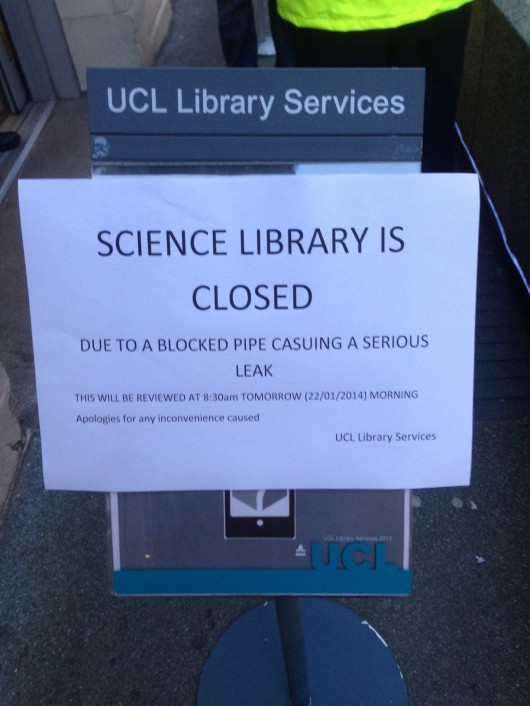 Shocked students were left disgusted when a large wave of urine swept out from the first floor men’s toilets into the stairwell and dripped through a light fixture onto the main entrance hall.

The first maintenance employees on hand attempted to clean up the mess with a hoover before evacuating the building due to health and safety fears.

“There were literally rivers of piss flowing out all over the floor,” said one disgruntled student at the scene. “It smelled horrible.” 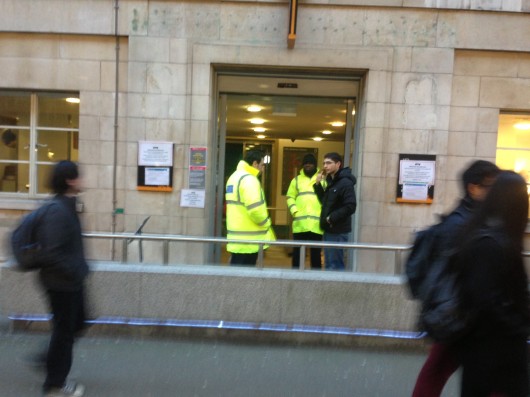 Security shooing people away from the grisly scene

UCL Master’s student Holly Trant vented her dissatisfaction on Twitter, stating that it was the second time she’d been kicked out of the library in recent weeks before adding “Thank god for @SenateHouseLib #lovesenatehouse”

The library quickly replied to Ms. Trant saying “sorry!”, shortly after releasing this statement on their website:

“Due to a serious water leak which has affected the electrics in the building, the UCL Science Library and UCL Cruciform Library will be closed until further notice. Currently we do not know when the building will reopen, but it is expected to be closed for the remainder of today, Tuesday 21st January.”