Joan Jett famously sang “I love rock ‘n’ roll”, and at its best music can be
exciting, iconic…even inspirational. However, the quality of local bands can be
patchy, and when I went to Popaganda at Mully’s Basement Bar I wasn’t sure if
I’d want to dance or want to leave. A self-confessed music snob, I can be a little
bit vile when it comes to watching live music! However, the standard of bands
at Popaganda was far higher than I was expecting. The performances ranged from good to exceptional, and I would quite happily pay to see any of them play in the future. 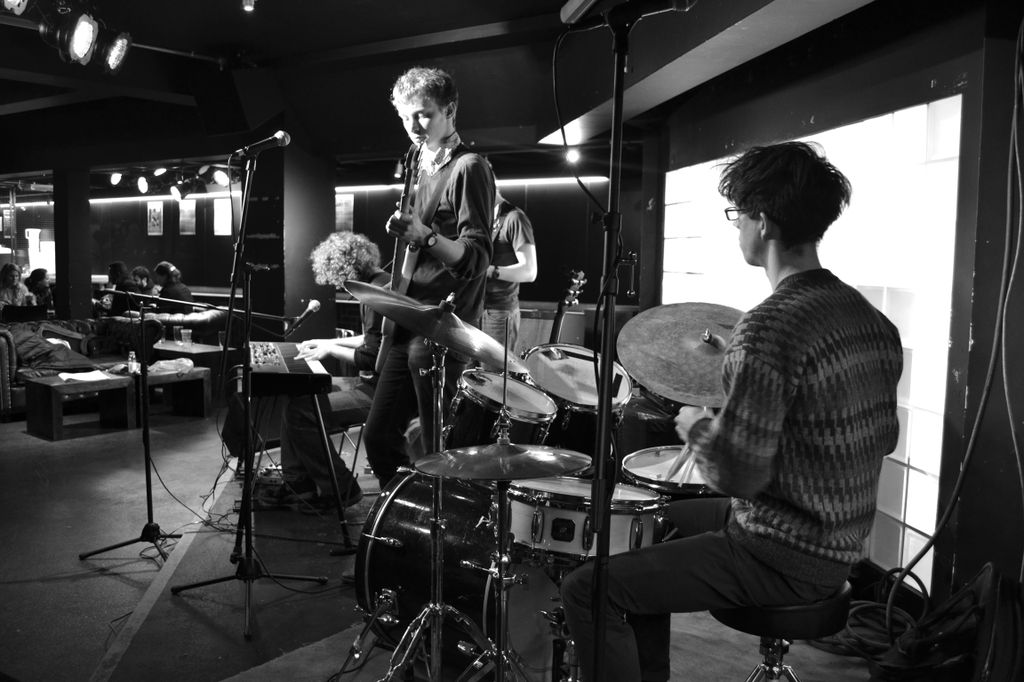 First up were Ampers&and: the Alt J aping typography of their name was
vaguely irksome and I was expecting their music to be similarly ambient and
sparse. However, the keyboard driven jazz stylings of this geeky gang of boys
were delivered with enthusiasm and a certain scrappy charm. The bass player was possibly the stand-out member of the band, with a delicious sludgey richness to his playing, and the twangy guitar solos were a well-considered touch. Despite these elements of quality musicianship Ampers&and did sound a little like the sort of band you might find playing on a cruise ship. The piano
playing was rather pedestrian and a little bland, and its dominance in relation
to the other instruments meant that the band’s performance fell a little flat.
Similarly, the gruff voice of Ampers&nd’s lead singer was too earthy to suit
the smoothness of the piano, and their lyrics were a little uninspired. These
boys such perhaps look to the witty piano-driven pop of the Housemartins
for inspiration, or replace the slightly cheesey blandness for some spiky
synths. Despite this you couldn’t fault these boys for their eager delivery or
their conviction towards their music and they have the potential to be a fun,
intelligent band. I enjoyed their performance and would love to see them
develop and refine their sound. 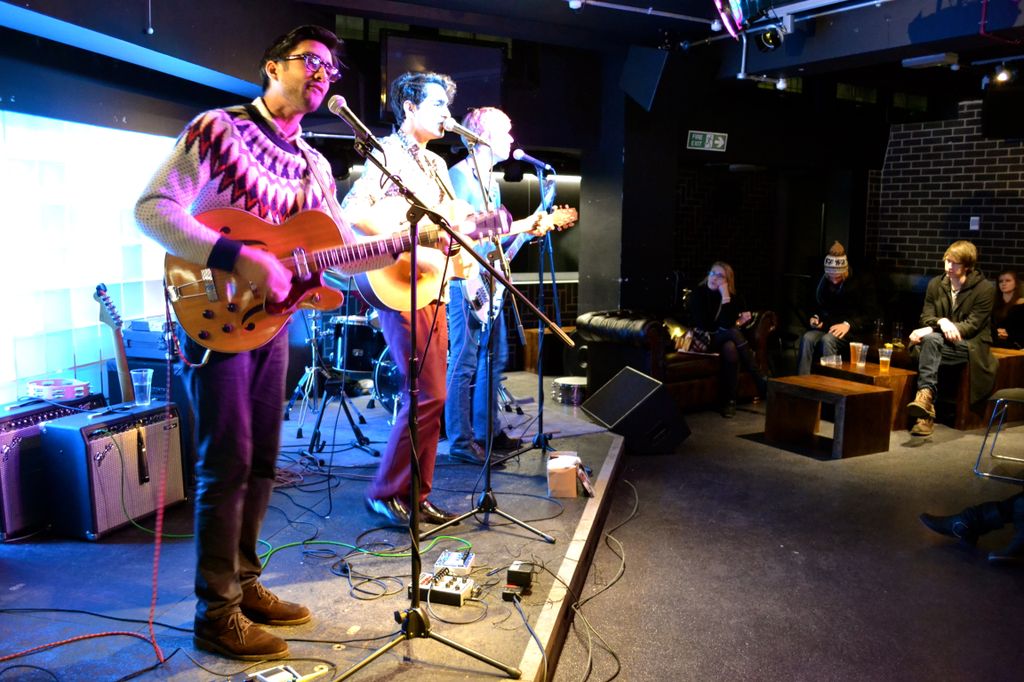 Shout Timber appear to be on the cusp of breaking through into the mainstream: judging by their Popaganda performance, this success is thoroughly deserved as they showed a lovely musical sensibility and keen ear for melody. They were a hit at Popaganda at the start of term and they were equally brilliant tonight. Their folk-
inspired indie sound seems reflective of the current musical zeitgeist, as does their oh-so-hipster dress sense, but some heavy percussive elements prevented this from being too twee. The tension between the jangling guitar parts and a bouncy bass-line was gentle and rather charming, and the inclusion of a rhythm guitar as well as a lead added an extra depth to Shout Timber’s sound which worked well. Jerkily dancing like a lobotomised Thom Yorke, the lead singer had a lovely mellow voice which seemed reminiscent of that of Two Door
Cinema Club’s Alex Trimble. An inspired touch was his stamping on a table to
create an interesting acoustic effect, even if this did make quite a few members
of the audience jump! Shout Timber might have benefited from a little more intensity in places, and their pretty, jangling indie pop is hardly breaking any new ground. However, their sound is perfect for the summer and I can picture these boys playing at summer festivals – they would match perfectly with sitting on someone’s shoulders, clutching a pint of warm cider and watching the sun go down. They are easily as good live as comparable indie bands (for example, Bombay Bicycle Club in their folk phase) and are certainly one to watch. 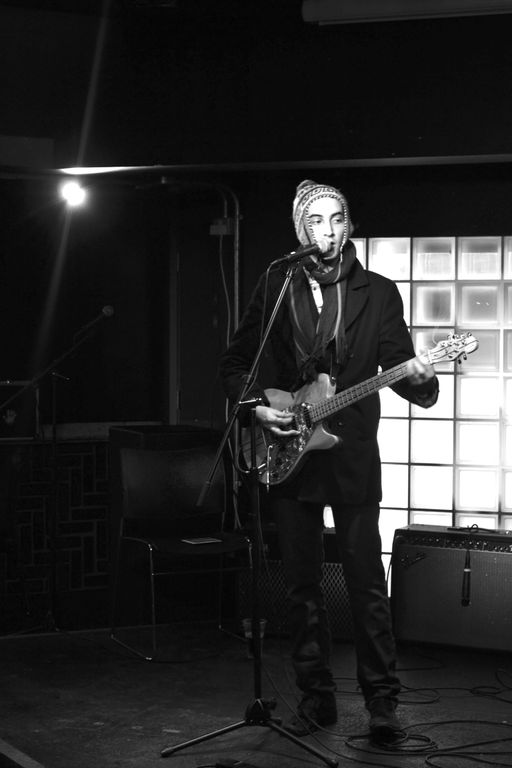 However, the highlight of my evening was definitely the raunchy, furious set delivered   by Midnight Barbers. Creating a lot of noise for a two-piece, they had a far heavier sound than the other bands on the Popaganda bill which was solidly build on classic rock and punk foundations, with a heady dose of Americana that excited and intrigued. Midnight Barbers sound like the sweatily conceived love-child of The Stooges and Seasick Steve, with bluesy elements giving their performance an intriguing depth and a certain maturity. They play homage to their various influences whilst remaining very much their own
band; their guitar riffs are complex, well-realised and striking, with moments
of tantalising silence balancing the rest of the racket perfectly. The snarled
delivery of lyrics renders them barely audible, but this doesn’t matter – this is music to dance to, down whiskey to, fall in love to. Midnight Barbers, please don’t refine your sound and make it lose its impact! The singer struts around like a young Joe Strummer and his voice has a lovely bluesy depth to it.
The current music scene is in need of a band like this and they deserve to be
massive.

This was the last Popaganda event for the foreseeable future; next term, it will
be replaced with Battle of the Bands which should be equally enjoyable. Take
the opportunity, should it arise, to see any of these bands – at least then, if and
when they make it, you’ll be able to say you liked them before they were cool.