The Tab Talks to LDMS

It doesn’t seem long since Liverpool Dance Music Society first opened their doors in 2011 at the intimate venue of The Magnet. Yet in those two years they have grown exponentially to become one of the most loved dance music nights of the events calendar.

Ahead of their first event of the year on Tuesday, we talked to resident and president George Bartlett about everything LDMS.

For someone who is not familiar with LDMS, can you tell them what it is?

Liverpool Dance Music Society began as an independent club night that revolved around an ‘Open Decks’ format, where people with all sorts of taste in dance music could come along, play a set, have a few beers and just be exposed to new music and like-minded people who all share a love for dance music.

With the ‘LDMS Presents…’ nights being established alongside the Open Decks events last year, we wanted to bring a good calibre of both up-and-coming as well as established older jockeys to Liverpool.

This year we will be back at HAUS warehouse. There are still aspirations to return to The Magnet but who knows what the future brings, HAUS is a great venue for us, has a great sound system, and we love working with all the guys there. 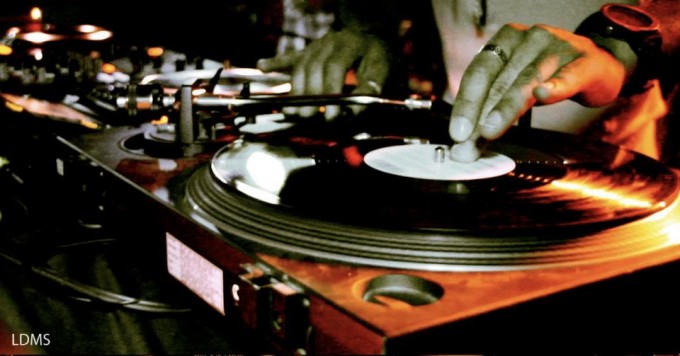 Last year was LDMS’s second year as a society. How was it?

Last year could not have gone any better. Our first event brought Oliver $’s first appearance to Liverpool and we had not seen the Magnet so packed out. However this changed when we brought Darius Syrossian there for the next event, where we packed out the Magnet and had to close the doors at midnight.

Last year was a great year for us, people responded well to our bookings (Flashmob, Audiojack and Hector Couto to name a few) and we aim to capitalise on last year’s success with new bookings for this year.

Flashmob running the show at HAUS last year for LDMS

What can we look forward to at your first event on Tuesday?

It’s the society’s second birthday, and because of this we have a few party tricks to bring to HAUS for this event, so it will be much more of a celebration atmosphere tomorrow. We are fortunate to have Santé headlining for us, an artist who has progressed hugely this year as both a producer and DJ. Alongside him will be Gavin Herlihy, who we’ve been following for a while now and were very happy to announce for this event.

With Santé and Gavin will be our trusty residents Josh Butler and Jay Murt. Josh has been doing great things this year, especially with the huge response to his single “Got A Feeling”. Together, Josh and Jay form the duo Butler and Murt, and are more than worthy to be warming up things up for us tomorrow. 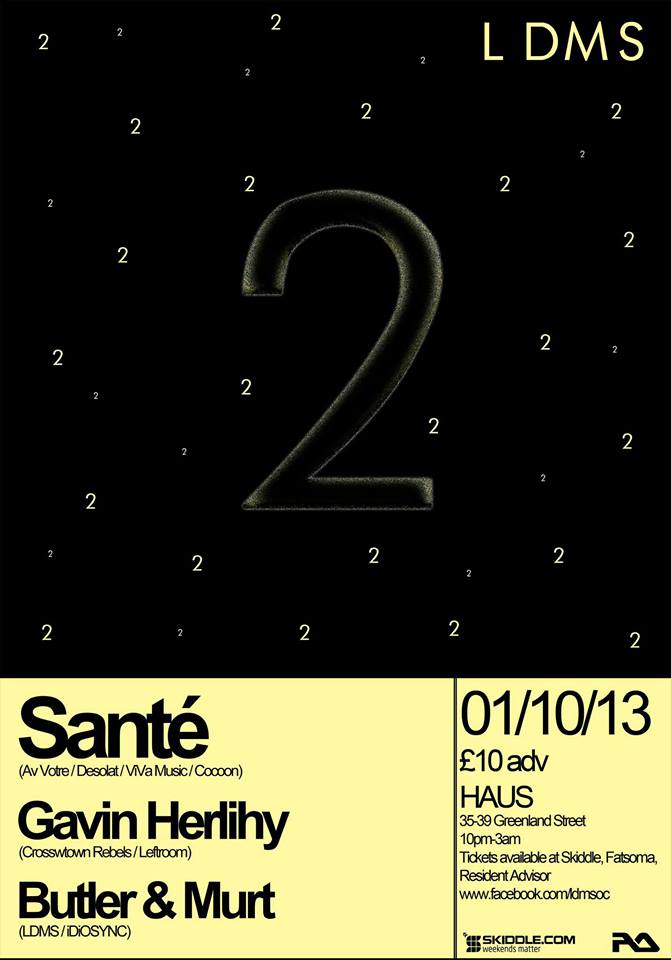 What have you guys got coming up over the next year?

This year will be an interesting and exciting time for us. We aim to maintain running the Open Decks alongside the ‘LDMS Presents…’ events so both of these will be happening regularly. With ‘LDMS Presents…’, we just want to keep progressing as a society in both our bookings, and with our identity as night.

If last year was anything to go by, then this year should be just as good if not better, as we love throwing events and want to keep attracting the most forward-thinking and exciting artists to Liverpool’s underground scene. We look forward to seeing everyone coming down for our birthday party tomorrow night.

All information regarding events and plans can be found on their facebook page https://www.facebook.com/ldmsoc