They’ve raised over £4000 for charity so far

Glasgow Uni students have managed to reach Tenerife and Iceland as part of their charity Jailbreak, which has seen an adventurous group of undergraduates travel all over Europe and beyond without using any of their own money.

Teams had just 36 hours to travel as far as they could, relying wholly on donations and sponsors for all travel costs, with no help allowed from close family or friends. Some teams reached as far as Lanzarote, Tenerife, Iceland and Hamburg.

This is the second time the Glasgow University Fashion Show (GUCFS) has organised the Jailbreak competition, where they endeavour to raise support from generous strangers or businesses who would be willing to buy them a ticket. This year all money raised will go to GUCFS' chosen charity, Simon Community Scotland, a charity which combats the causes and effects of homelessness in Glasgow.

This year the Jailbreak event was bigger than ever, and it was announced at their Afterparty event at the Glasgow University Union (GUU) that participants had raised over £4000 – almost doubling their collective target.

The winning team managed to get to southern Tenerife, narrowly beating three other teams who reached Lanzarote, another of the Canary Islands.

Beth O'Shea, who headed the Jailbreak subcommittee, told The Glasgow Tab: "Both last year, and this year has proven that GUCFS Jailbreak is one of our most popular and successful fundraisers and I can’t wait to see what next year brings!" 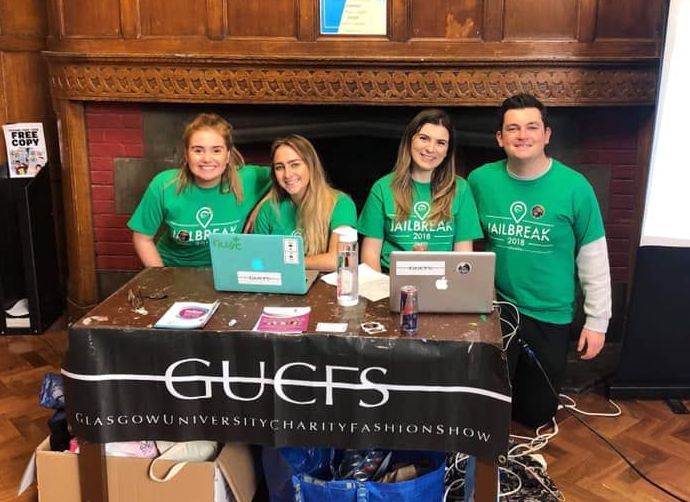 The competition began at the Glasgow Uni cloisters on Friday morning, with 11 teams of two or three participants taking part in total. We spoke to a number of competitors to hear how they got on.

These girls definitely had the luck of the Irish on their side this weekend. They were the first team to escape Glasgow as they got a direct bus ticket to Manchester within two hours. On arrival, these girls decided to fundraise for a couple of hours and eventually called it a night and headed to a trusted Irish Pub. In the process, they managed to bag themselves three free plane tickets and on Saturday afternoon landed in Lanzarote. They enjoyed the rest of the competition kicking back at the beach. 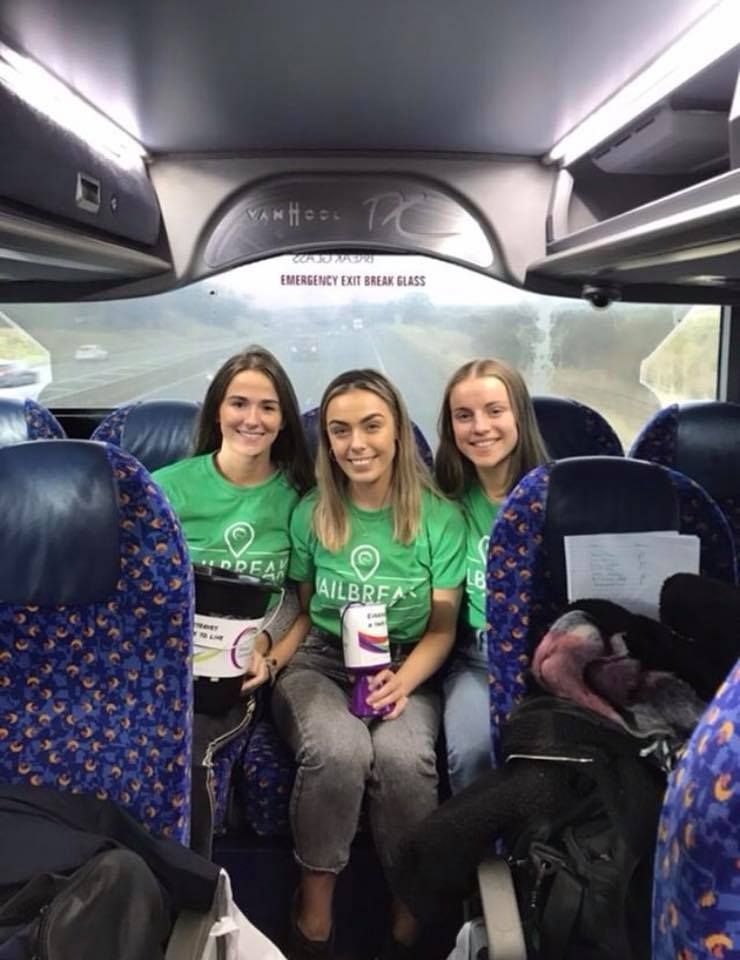 Orla, Kim and Cliodhna on their way to Manchester

These boys had one of the most challenging journeys out of all the participants. After an initial idea of fundraising at Glasgow airport to see if there were any cheap flights, they returned five hours into the challenge empty handed. Following a manic brainstorming session and fundraising efforts the boys lucked out. After 13 hours they became the last team to leave Scotland, and climbed aboard a night bus to Manchester.

In the morning, they tried their luck again at Manchester airport in one last ditch attempt to leave the UK. With only hours to spare, they managed to get themselves to Iceland and attempted to have a look at the Northern Lights. While these boys might not have won the competition, they definitely had one of the most turbulent journeys. 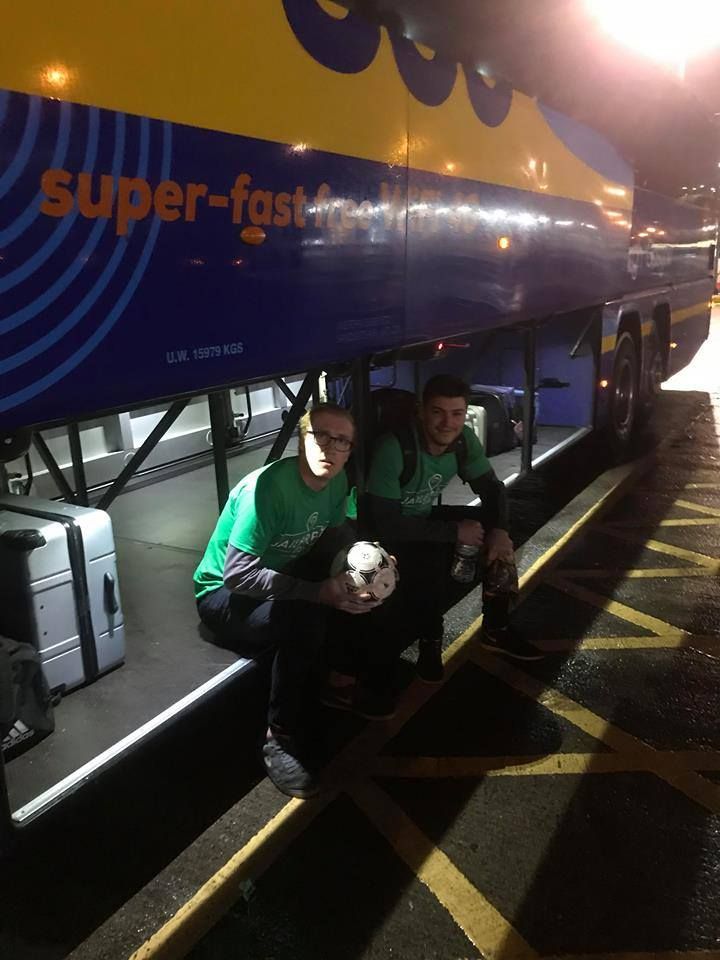 Patrick and Dimitry prevailing against all odds

These girls decided to concentrate their time on the first day into fundraising in Glasgow city centre. After several hours of hard work, they landed themselves some cheap flights straight to Hamburg. Arriving early on Saturday morning, the girls decided that they wanted to experience some German culture and bagged themselves a free walking tour. 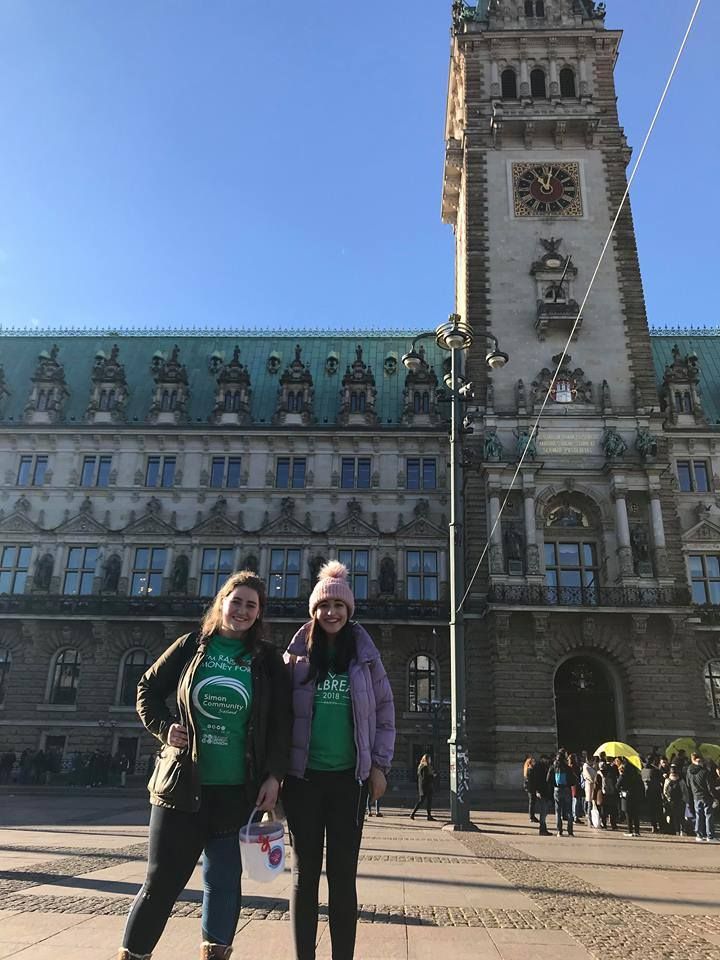 A huge congratulations to all involved in GUCFS Jailbreak – undoubtedly one of Glasgow Uni's most reckless, daring and entertaining charity events of the year. For more information visit the GUCFS Facebook page, and there is still time to donate here.