In defence of the library revolving door

It took over a year for the library renovations to finally be finished.

Over a year of queuing up at the back door to flash your student card at the security staff who couldn’t care less.

Over a year of spending most of your time in the library searching for an available computer, just wishing there was an extra floor of them.

But it was naive hope that carried us along, hope that we would one day have our extra floor of computers, and a brand-new area to explore, study and complain on.

The excitement of returning from summer to find the renovations finished was a feeling like no other. The feeling that, finally, our library woes had come to an end.

But alas, the buzz and excitement quickly turned sour as many of us became frustrated with the infamously annoying revolving doors. Let’s be honest, they are really, really annoying. 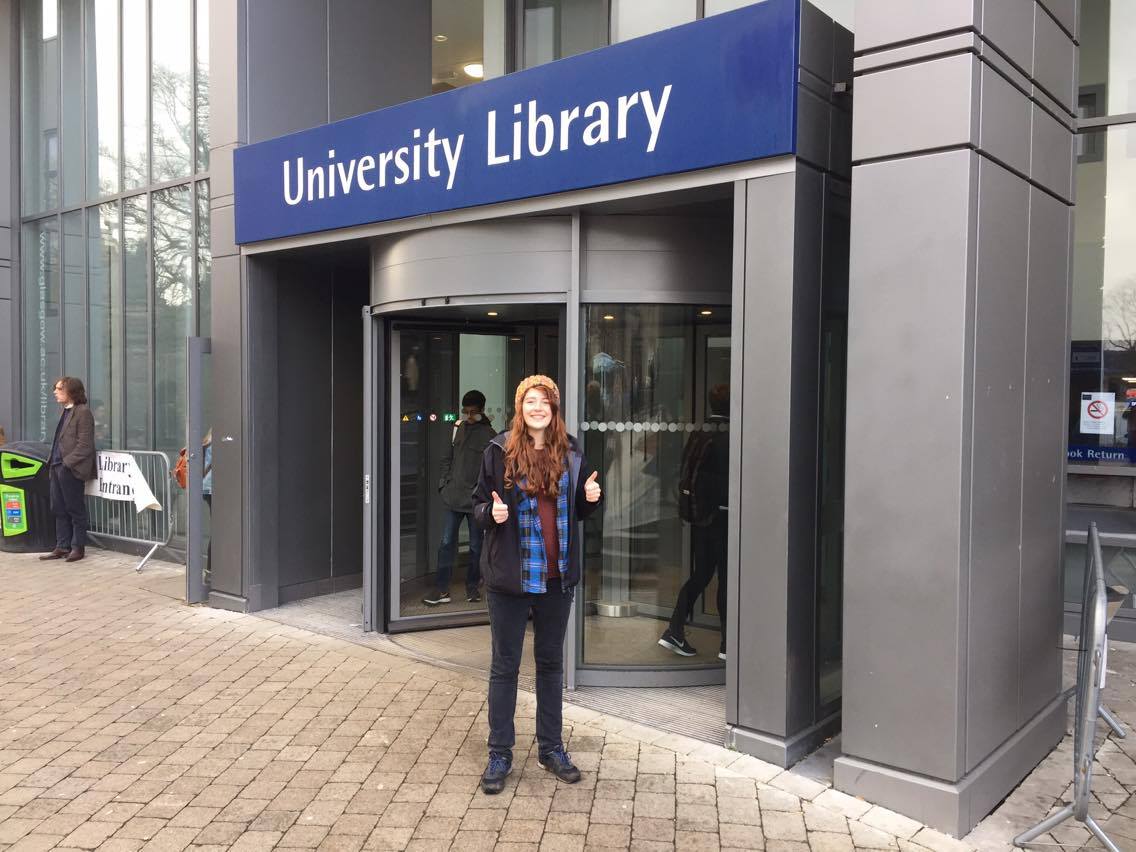 But are we being too harsh on the most hated door on campus? Did the architects and engineers who designed this abomination really go to Glasgow Caledonian? Are they worth all the slander?

Why-oh-why can’t we have our double doors back?

I’m here to tell you that the decision to change to a revolving door was ingenious, despite the way they increase the potential for awkward encounters with your ex by about 95 percent.

You’re literally just standing there in a glass case of emotion unable to escape their pitying stare. Think about it.

Anyway, the revolving door was invented over 100 years ago by H. Bockhacker (no, really) who described them as “the door without draft of air”.

Despite the fact that this seems like useless information, this is important due to a phenomenon known as the Stack Effect – the movement of air into and out of a building.

The phenomenon is especially relevant to tall buildings like the library, and in climates like Scotland where the air is fucking baltic.

Opening the old library door created a draft of cold air which entered the building, and pushed the warmer air up through the building to escape through vents at the top.

This contributed to an already cold study environment, especially on the lower levels and we all know that typing an essay with numb fingers isn’t accepted as an excuse for good cause.

Our new revolving library door is the perfect solution to the Stack Effect as it doesn’t let in any big gusts of air from the outside, keeping the movement of air within the building to a minimum and making it easier, and cheaper, to heat the lower levels.

So basically, the revolving door keeps the stingy Uni happy and all of us warmer. Sick.

Another issue with the regular doors was congestion in the foyer.

Queuing to get through the barriers at peak times used to be almost as much of a rammy as it is queuing to get a drink in Hive on a Thursday.

The revolving doors are the perfect solution for this problem as they break up the flow of people into the library and therefore stop this problem entirely.

So, the revolving door also means that we spend less time in uncomfortable proximity to people we don’t know. Bonus.

With so many tall buildings around the world taking on the revolving door for it’s draft-excluding, energy-saving properties, it’s a wonder the University Library didn’t have one installed sooner.

Saying that, we did only just get a microwave in the Fraser Building.