He was collecting his Honorary Degree

Tickets to see the CEO, who took over Apple after Steve Jobs, had been available but sold out in under an hour. Glaswegians in the city centre, however, were able to catch him when he paid a visit to the Apple Store on Buchanan Street. 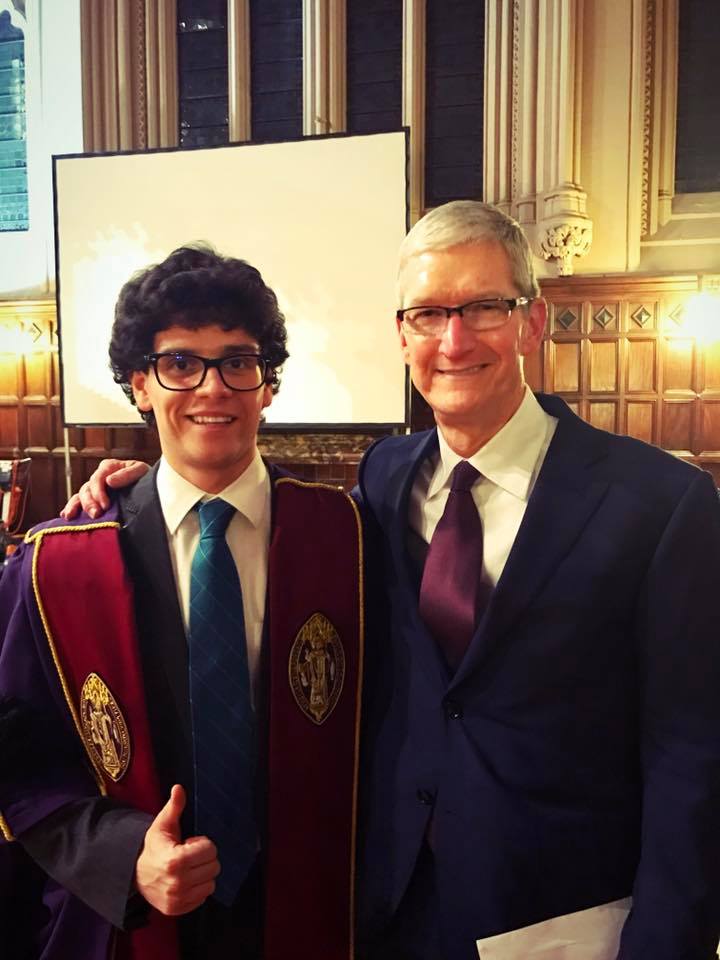 After collecting his degree, he gave out some important advice to students. His message was: “Don’t work for money – it will wear out fast. Find something you’re passionate about. I’m very fortunate to work for such a great company.

“The truth is, and it might not seem like it all the time, but there has never been a better time to be alive than today.”

Mr Cook also told students to ignore negativity: “The world is full of cynics and you have to tune them out, because if not they become a cancer in your mind and you begin to think that you can’t or that life is negative.”

He joked: “That is my advice … with no charge.”

Mr Cook was also asked about Donald Trump’s recent takeover as President of the USA, to which he replied: “Steve (Jobs) was the son of an immigrant. It’s a subject we’re passionate about and we wanted to state our pain and try to end the dispute.”

SRC President, Ameer Ibrahim, said of the visit: “It was inspiring to see Tim Cook receive his Honorary Degree last night. He expressed thoughts around the pursuit of ambitions, and referenced that cynics of the world create negativity. He further gave advice to the student community around pursuing ventures motivated by passion as opposed to money.

“A very approachable individual, Tim Cook is now a member of the University of Glasgow community.”