Meet the team behind Glasgow Uni’s musical ‘All Shook Up’

Get your tickets while you can, the weekend shows are already sold out

The Glasgow University Cecilian Society are putting on a production featuring Elvis Presley’s biggest hits and, basically, you should go and see it.

Each night from Wednesday 8th to Saturday 11th February, the all-student cast will be lighting up the stage of the Michell Theatre, Glasgow.

“All Shook Up” is described as a “funky fusion of Shakespeare’s Twelfth Night and Elvis’ greatest hits” and is set in a nondescript town in 1950s America. If you’ve ever seen the 2006 film “She’s The Man” (I’ve seen it at least ten times, guilty) you’ll be familiar with the general story line of love, triumph and hilarious confusion. 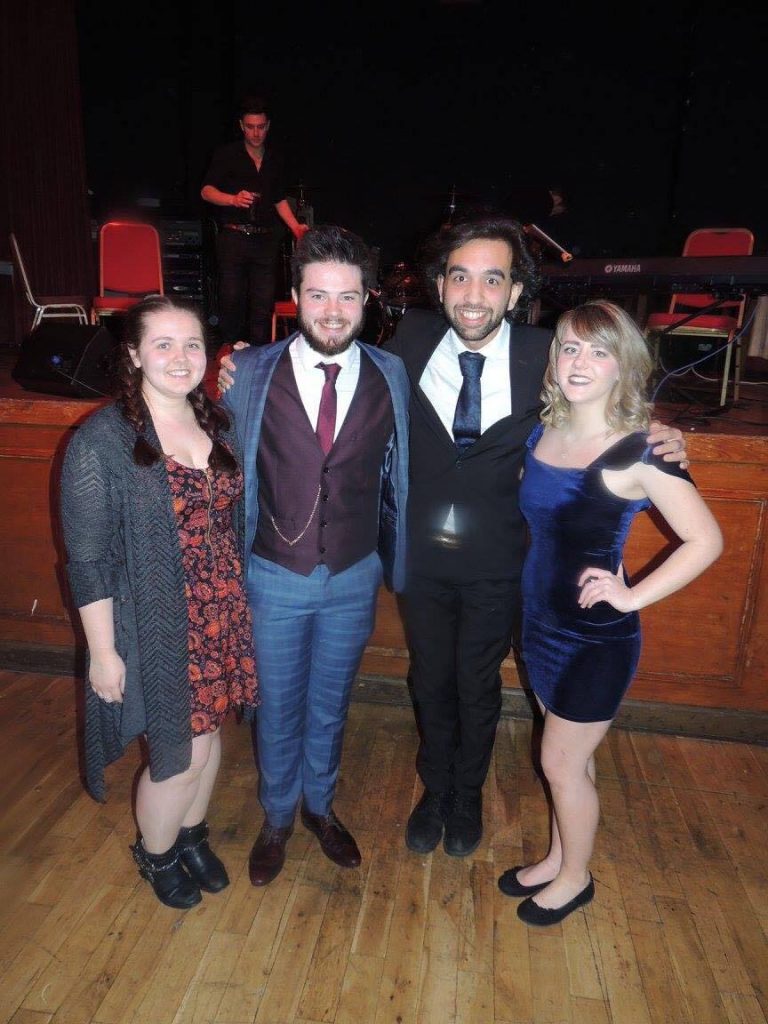 Why did you first decide to get involved with the society/ show?

Pete: “I joined in second year, just because I felt I needed to join something. My degree may have gone downhill, but I’ve become more involved each year first with the organising committee and now with the production team.”

Anna: “I’d never done theatre in school before. One of friends was in a weekend show so I went to watch and was hooked. I was part of the  committee in 2nd year, which was a great way to  get to get more involved and get to know everyone. Now I’m VP instrumentalist, I’ve been working hard with the band. I love being thrown in the deep end and that’s exactly what the production team do.”

Tell me why you love the show and why people should go and see it? 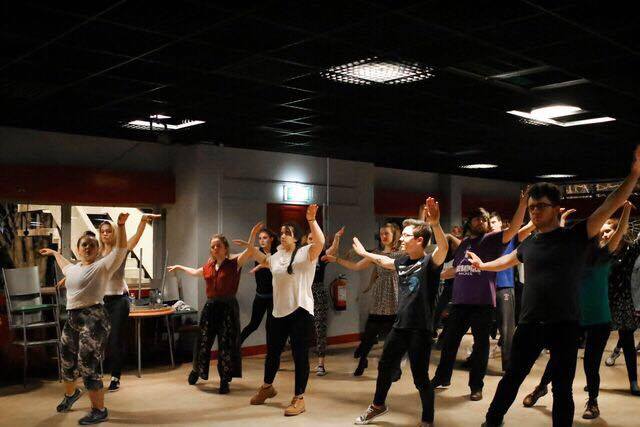 Rehearsals are in full swing

Pete: “It’s just such a ridiculous show! It’s ofter misdescribed as an Elvis jukebox musical, but the music is completely reworked and rewritten to fit into the story. It’s really loosely based on Shakespeare’s ’12th Night’ and ‘She’s the Man’ – everybody falling in love with the wrong people.”

Anna: “It’s an open chorus (no auditions) of around 70 members and 10 main characters. The show has a few huge dance numbers, which are a real spectacle in themselves. It’s a huge sound and really visually impressive.”

What have rehearsals entailed and how has the process been so far?

Anna: “At times you feel a bit like a teacher or a childminder. Everyone’s really good friends, but sometimes you have to raise your voice to be heard, just logistically. It’s been really really fun, we have lots of socials and fundraisers outside of rehearsals.We picked the show in June, then the production team were chosen at the end of june after the interviews process. It’s been uber intense since September – we had 60 people audition for just 10 characters.”

Pete: “We’ve been rehearsing 10/14 hours a week, Thursday night and Sunday all day. Sometimes it’s more often, and now we’ve got two weeks of solid rehearsals in the run up to the show.”

How are you feeling about the approaching show week? 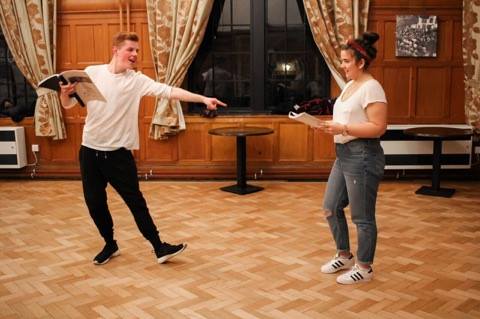 Pete: “I only just got show week off work! I was stressed but we’re now officially really good to go, we’ve taught everything and the principals are really good, everything’s so tight.”

Anna: “I’m so excited, I’ve never taught a band before! Our first band call was last night and it was so crazy to hear the songs backed by the band. It’s such an encouragement for the cast as well, it’s a shock hearing the songs with the band. It was all a bit surreal, with all the mics and technicalities all coming together for the show.”

What advice would you give to students hoping to get involved in future productions?

Anna: “Join the society. Just do it. It’s an open chorus so there’s no pressure. It’s so big and there’s so many levels for talent and how much you want to commit. There’s so many different areas – tech, band, cast, planning and production team. The tech crew is new, we used to just have a few specialised people.”

Pete: “My only regret is that I didn’t do it in my first year. I had this fear that everyone would be really good but they’re not, you improve so much because your voice is a muscle. It’s a learning curve in a good way, it’s a safe space that’s so big you can put yourself out there and not have to worry.”

What’s your favourite Elvis song and why? 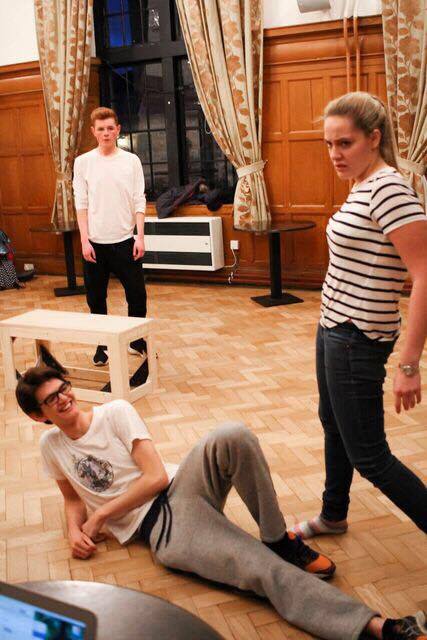 Anna: “‘If I Can Dream’ – I love it because of the show, it’s so beautiful and meaningful. It makes me cry.”

Pete: “‘Burning Love,’ it’s the closing big finale, it’s not dissimilar from the original. It’s a whole load of people and a whole load of sound, it’s so joyful you want to cry. I also love ‘Can’t Help Falling in Love With You,’ which ends Act 1.”

Tickets are selling fast for what is set to be a truly unforgettable show. More information is available from the links below, or feel free to email tickets@ceciliansociety.co.uk. We’ve all got ours here at The Tab – at just £10 for a student ticket, this is a night you don’t want to miss. Bring your friends, bring your mum, roll up roll up for “All Shook Up”!