We’ve all gone through every single one of these

There are some things in life that are meant to be together. A nice gin and tonic, fish and chips, and Blair and Chuck from Gossip Girl, for example.

One pairing that isn't quite as sweet, but is nonetheless something we are forced to live with, is having lots and lots of mice living alongside us in our student flats.

For those of you who've been through this, you know what I'm talking about. And yes, we've all gone through same stages of suffering before we finally accept the fact that we live with rodents.

For the first week, if you're anything like me, you'll fully believe that your flatmates are lying to you about this phantom mouse that only they have seen. You think it's a wind-up. Nobody wants to live with these things, so it makes complete sense to think that.

How wrong you are.

You're in your kitchen, making yourself a cup of tea just before you get into bed and watch some Netflix after a long, laborious day in the library.

You see the mouse. Your flatmates weren't lying. You are unsafe. 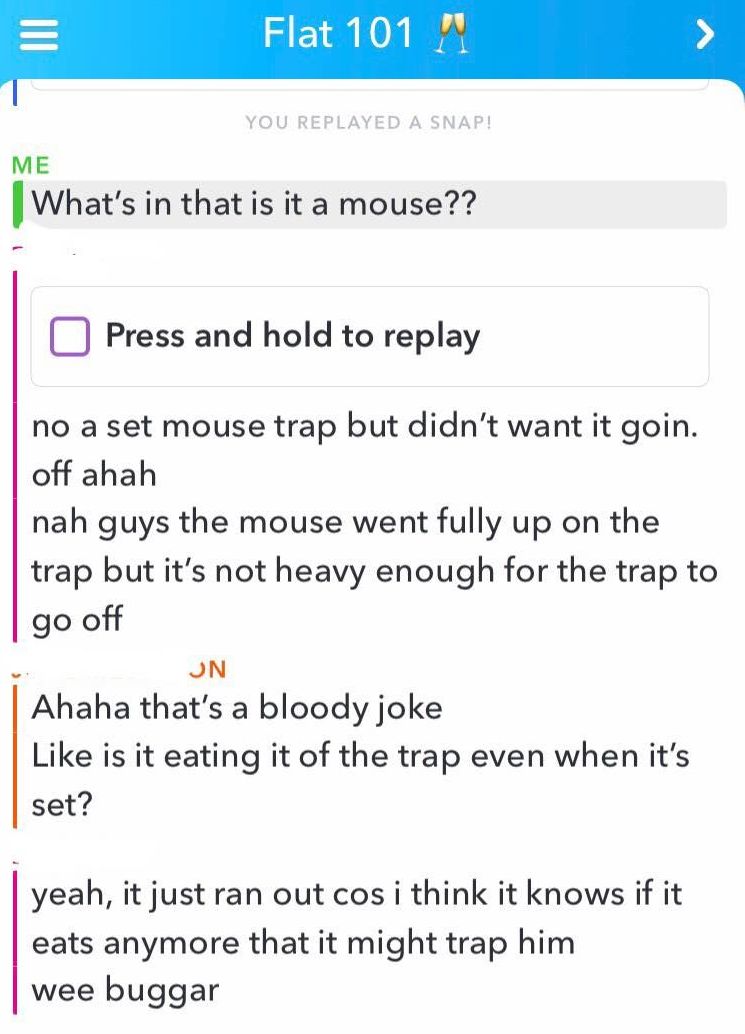 Remember when group chats were for planning nights out? Now they're budget pest control

Stage three: You try to keep calm and tell yourself it's normal

You've had flat fajita night in the calendar for ages. Nothing is going to stand in the way of that. You sit down to eat with your flatmates, and pretend not to be care about the rodent that you saw less than 24 hours ago.

Seeing the mouse once was kind of fine. You can handle that. It's once you see the mouse four times in an hour that you're broken. You start to make alternative sleeping arrangements, calling your mates to see if they'll house you, but obviously, they have mice too. You've never wanted to be back home-home more in your life. 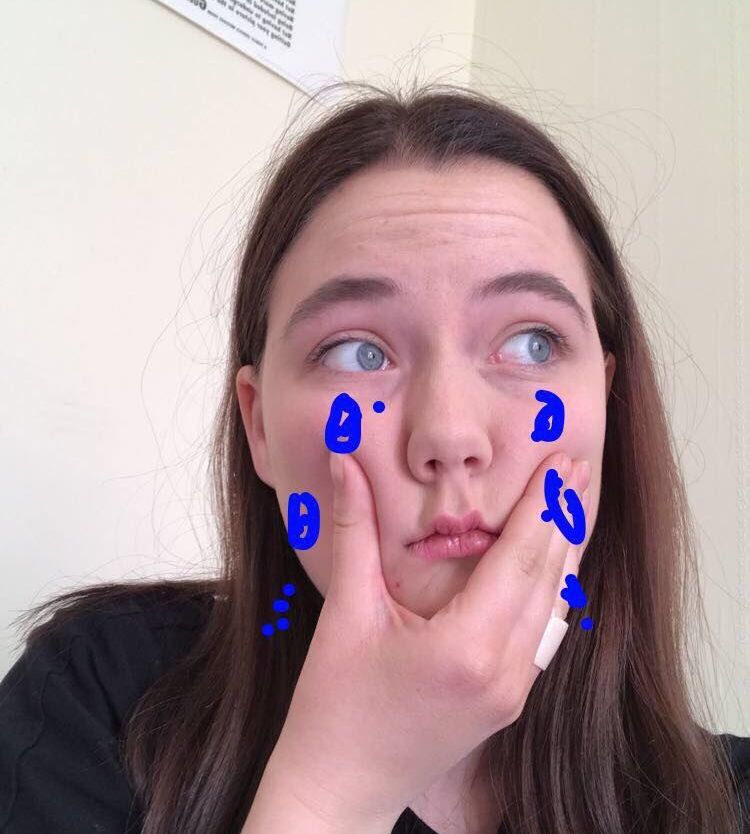 Stage five: Trying to deal with the problem humanely

"How can I be ethical in this situation?", you muse.

All you really want is these creatures dead, but how can you justify killing a sentient being? The mouse runs across your faux-fur carpet, and the mountain of clothes you haven't put away. At this point you've had enough. You'll just have to wear the badge of "hypocrite" with pride. 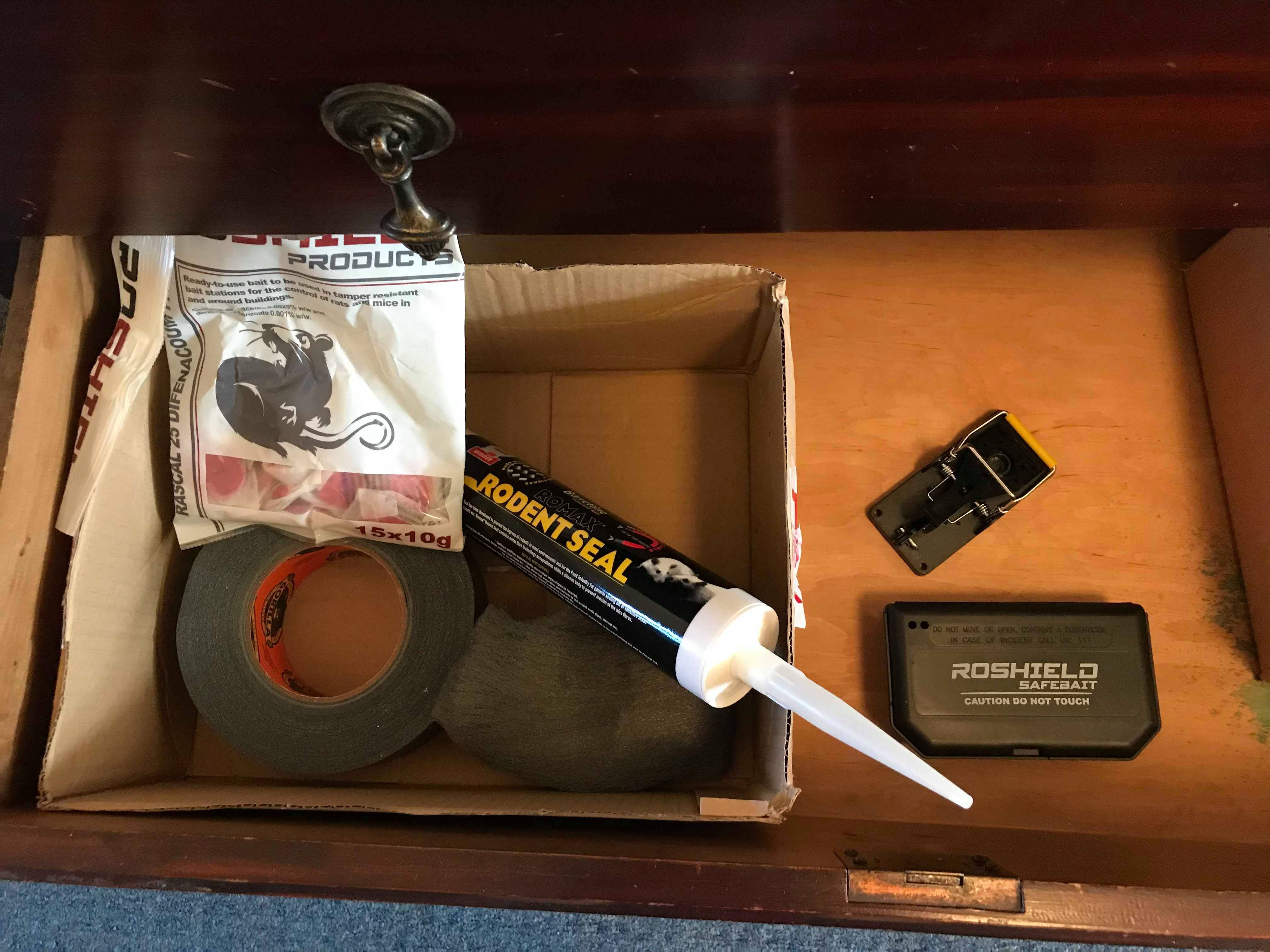 The drawer of death

The traps? Justifiable. You get snappy traps, poison traps, and humane traps – because you're not a bad person. If it still hasn't gone, you buy wire wool, duct tape and some professional rodent seal (whatever that is).

70 quid later, you're billing your unhappy flatmates who are unimpressed as they Monzo you £8.75 for mouse-proofing equipment nobody knows how to use.

You'll end up calling Rentokil anyway, so save your pennies. 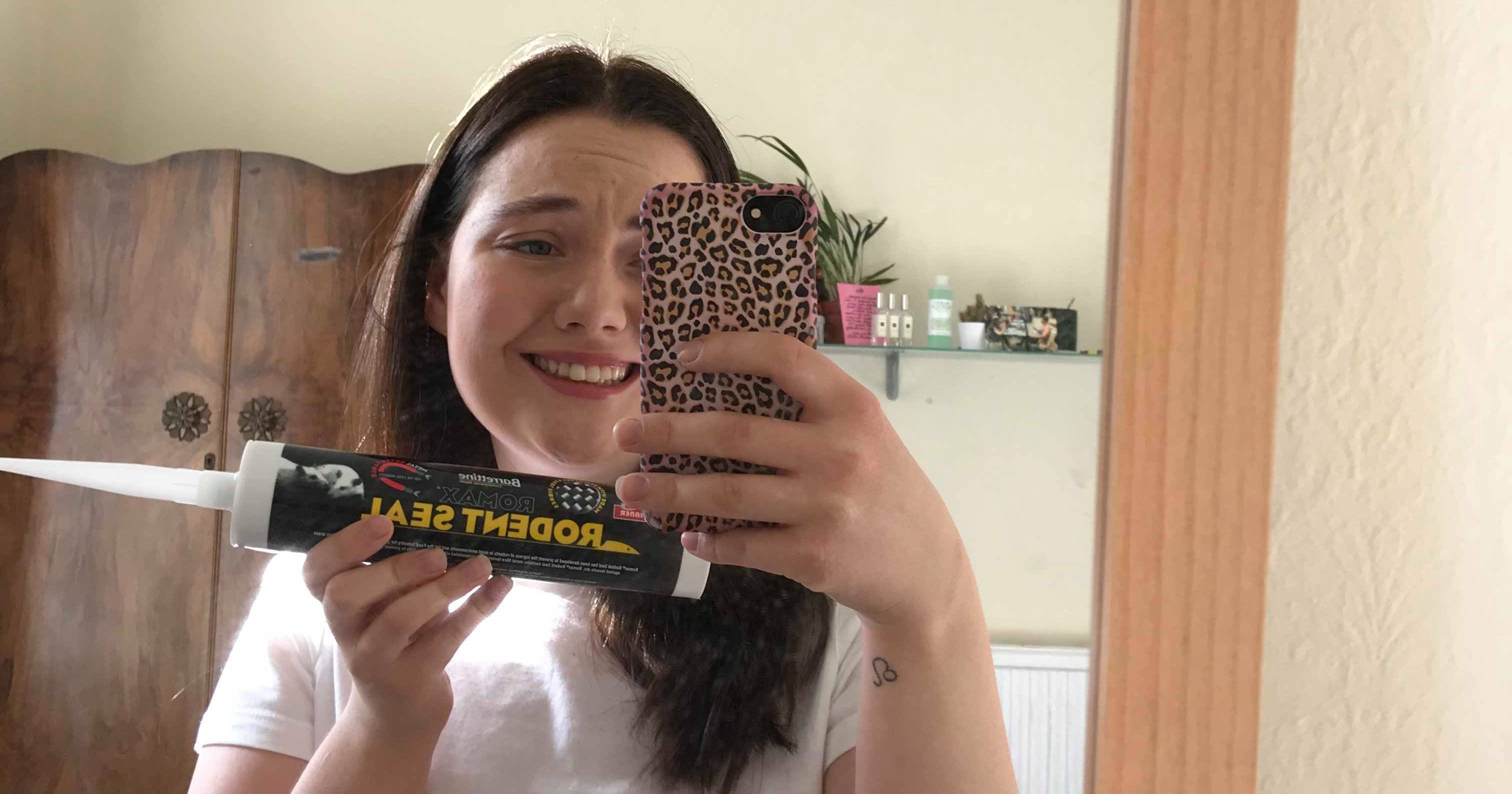 How do I work this??

When it's still there three weeks later, you decide to name it something stupid and give the mouse its own story in an attempt to make it less terrifying.

Stage eight: Taking it out on your landlord

The mouse reappears after yet another library day. The bait is gone, but there is no mouse in the trap. You were already hysterical after spending three hours revising phonology, so to then come home and be outsmarted by a rodent? Unacceptable.

You open your laptop back up and send the fieriest email of all time to your landlord, signing it off with "regards" so they definitely know how utterly fuming you are. 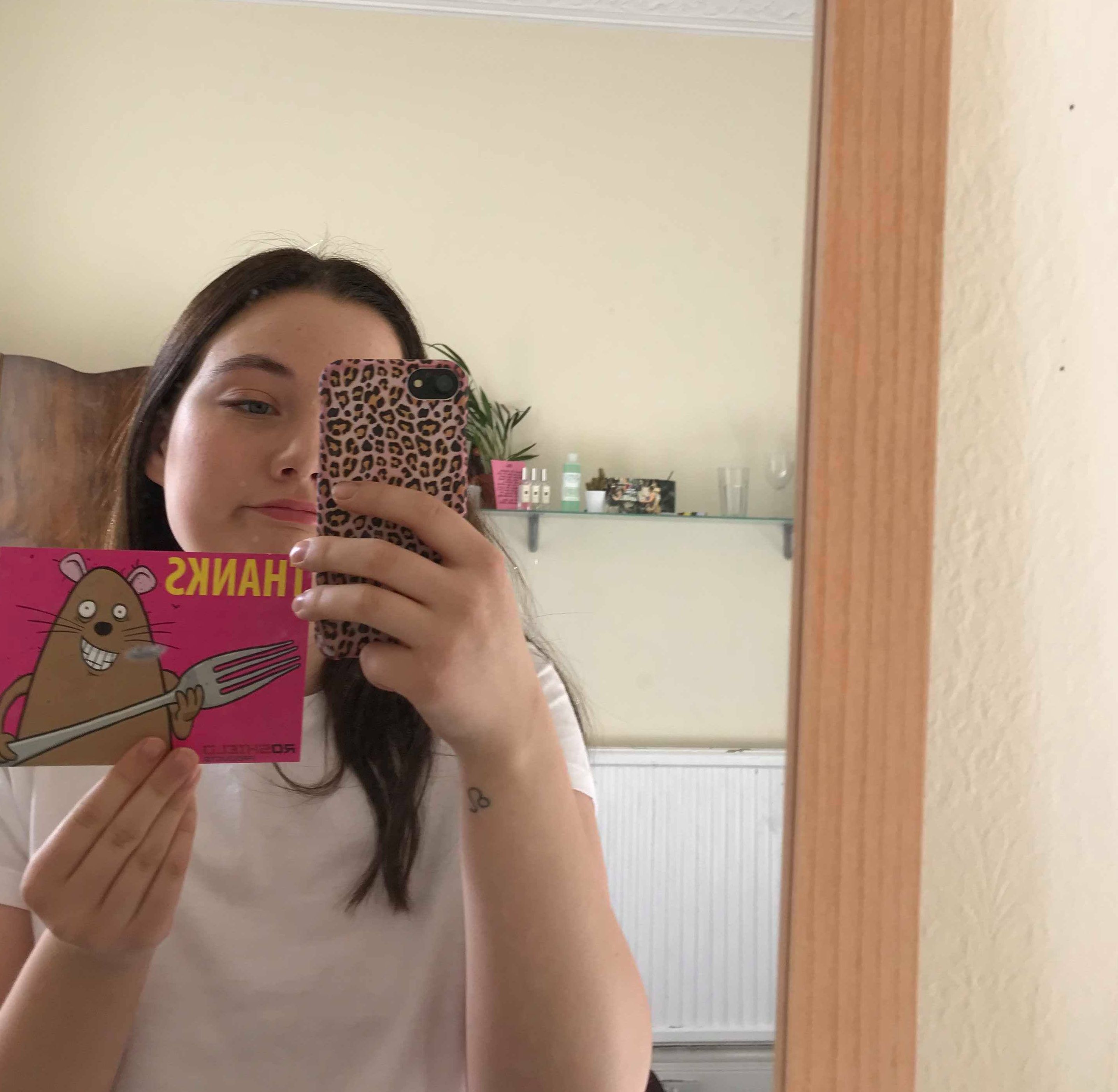 It looks much less terrifying when it's dead, and you feel like an awful human being, irrespective of the fact that you wanted it dead since you first laid eyes on it.

How do you even dispose of a dead mouse?

Did you really think that you just had the one mouse? Absolutely not. You have loads, and they've been in your flat long before you. You live under their authority.

Now you know this, you'll never sleep soundly in your flat again. The other mice are out to get you. They will avenge their friend's death.