This is all we’ve got – Second year at ECA

The Tab went along to the Second Year Painting Exhibition and ECA.

Check us out, we’ve gone all artsy and cultural. Taking a trip over to Edinburgh College of Art (that far and distant land of the art student), The Tab went to have a snoop around the second year’s handy-work.

If you’ve never been to ECA, then you’re missing out. It looks like this: 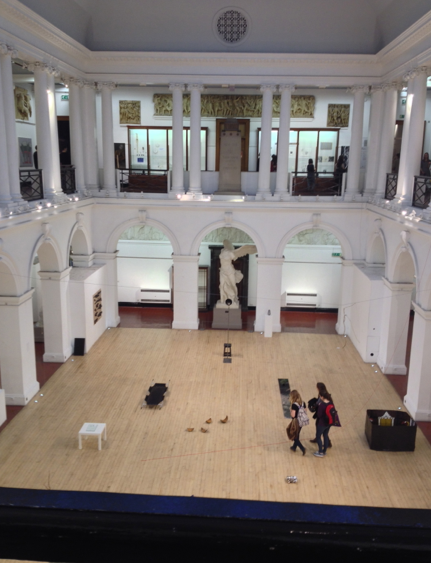 We thought Old College was nice….

Which must be said is an excellent place to display all the artwork the second years have been working hard on over the past year. There was a definite edgy atmosphere on the Scuplture Balcony, with plenty of beanie-hat wearing students lingering around their paintings waiting to provide the next eager beaver with a deep and meaningful story of how they were inspired for their piece.

There were paintings and drawings galore. Here are some of our favourites: 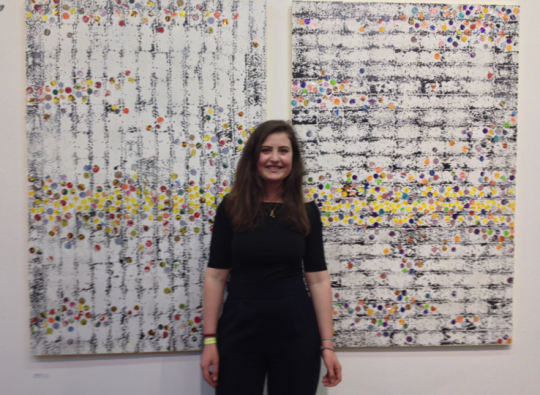 Holly Gavin with her bright and colourful piece. 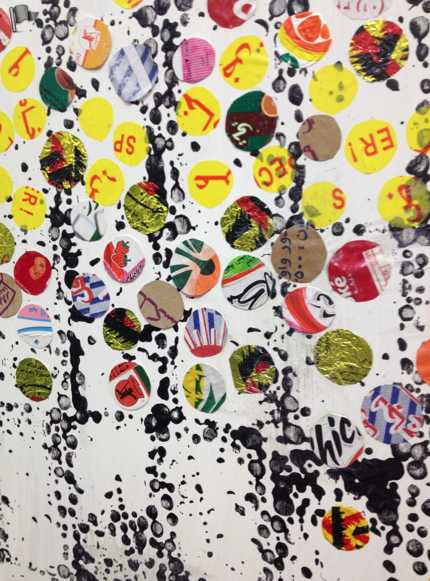 Holly made her own ink stanps and cut out hundreds of circles from wrappers to create her piece. There’s also Arabic written around the side, but we can’t help you out there sorry. 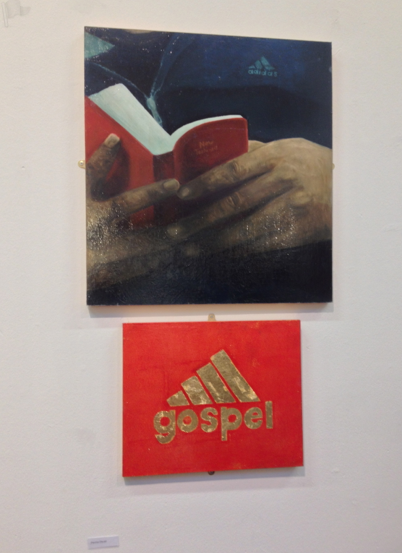 Perrine was inspired by a man she saw on a London tube who was wearing and Adidas trackie head to toe, whilst reading the New Testament. She then re-worked the logo using the four gospels. See what she did there?

The Tab also noticed that there was a definite theme going on: 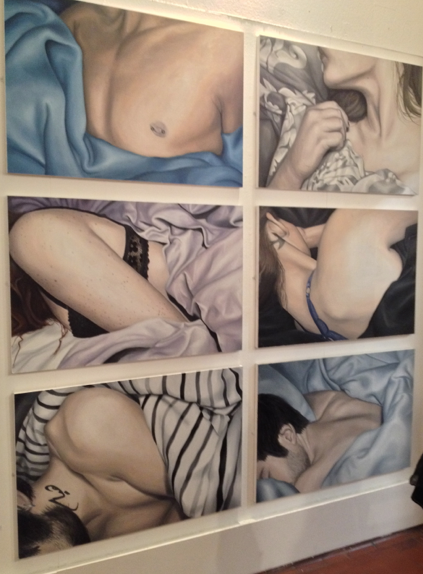 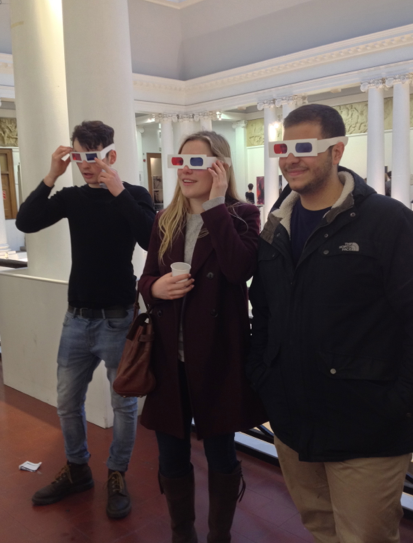 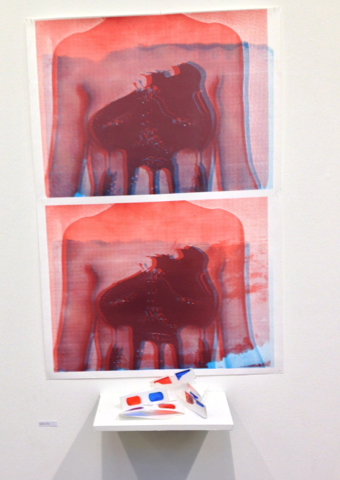 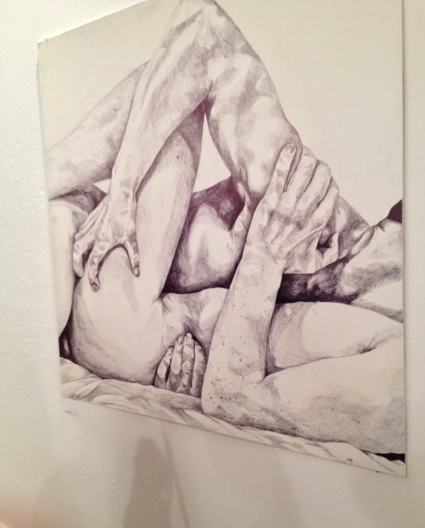 We were obviously rather flushed after all of these, so went in search of refreshment. In true ECA style, there was plenty of bottled beer and vino to go around, and some people had a bit too much… 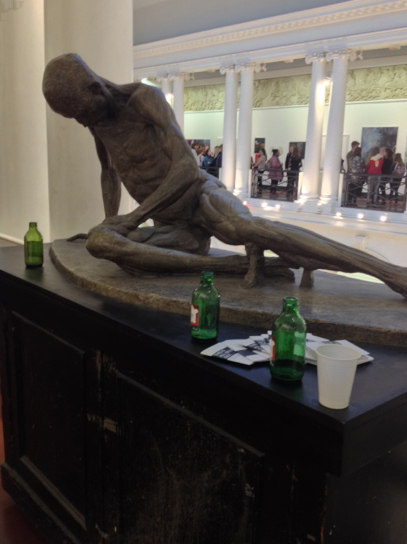 Lurking in another room however, was the pièce de résistance. An installation! But not just any installation, no no. This is Stools on Stools. Yep that’s right feces sitting on top of stools. 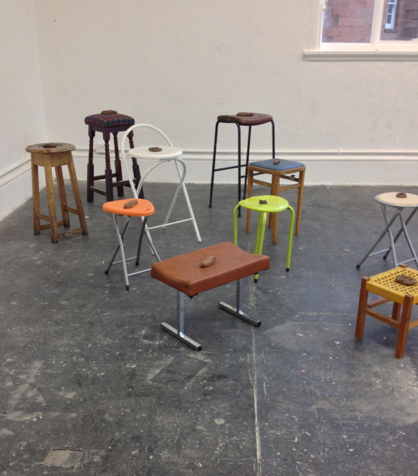 We’re not joking. Want a close up? 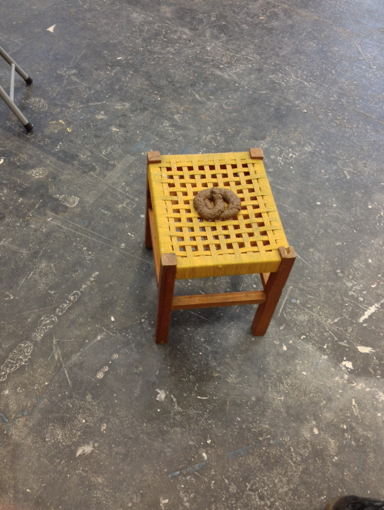 So if we’ve convinced you in all our artistic knowledge to go and have a gander round ECA, then go NOW – it’s been extended for an extra 5 days until next Wednesday. We defy you to leave not humming ‘Stools on Stools’!