The Humans of Edinburgh

If you like ‘Humans of New York’ then you’ll love ‘Humans of Edinburgh’.  The Facebook page consists of a series of photographs of people in Edinburgh and was set up by Ollie Buchanan and Zishan Ashraf at the beginning of this year. It is already close to 7,000  ‘likes’. The snaps have captions of part of the conversation they have had with the boys, making it a lovely break from ‘Neknominations’ and club photos on your newfeed. The Tab spoke to Zishan in the midst of the excitement and asked him some questions about their page. 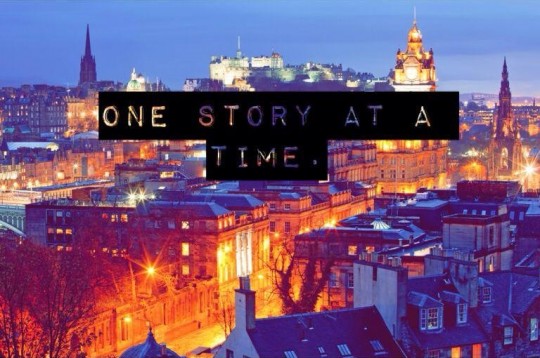 Who are the humans behind the ‘Humans of Edinburgh’?

My name is Zishan, I just turned 20 and I was at the University of Dundee studying Law until after 1st year a much better opportunity came up in Edinburgh where at the end of it I would come out with the same qualification. I was what is known as a pre-diploma trainee solicitor. I liked the job, however, the company itself had major internal issues and it just wasn’t a very nice place to be, but my plan was to just deal with it. I was paid VERY little and really badly wanted a new car (I am an obsessed petrol head, I have always said to myself that will have a Lamborghini by the age of 25 and have a cheque written out which I plan to hand them one day), so I decided something had to change. I had the idea of McDonalds and Nandos, aswell as any fast food delivered (as most people have had) so took the idea to one of my best friends I met whilst working in my previous job, Harley, and we started work on the idea. It was initially known as The Lothians Hangover Cure, but we received investment and rebranded to iamhungover.co.uk. Things went really well, we anonymously appeared in the newspaper so our employer wouldn’t find out and we got our own offices and everything but then it completely blew up and we were told by our former employer to either pack it in or leave. So we both walked into our boss’ office and handed in our notice at the exact same time and haven’t looked back. We are soon to be launching our service in both Stirling and Dundee! We had lots of other ideas too, so made a group company called The I Am Group, with all our ideas underneath it. 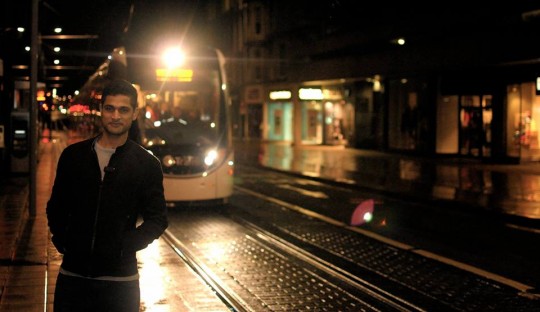 “What’s the key to a happy life?”
“Just smile.”
“Why?”
“Because when you smile, nothing matters.”

I went to school with Ollie at Balerno High School, he was the year below me. He has grown up in Balerno and is one of those type of people that has worked hard for everything he has. He has never been spoon fed anything. I appreciate that in people because they appreciate life so much more too. He’s a very cool, down to earth and laid back guy. We had worked on an idea I had whilst I was still at uni (which I can’t tell you much about – but we are launching it again soon, even better and bigger this time), Ollie is more like a little brother to me, at times I feel protective over him! He is a very creative person, so with myself and Harley being the founding directors, we brought Ollie on board and made him the creative director. He is 19 years old and is a student at the University of Stirling where he studies English (he is crazily good at writing). He oversees most of our branding for all our companies. We worked together on a previous idea which is coming soon and were shortlisted for a very large cash prize, an app for your mobile phone which you can use as iD. It’s 2013, yet we rely on bits of paper to prove how old we are?! This is coming soon. But anyway, me and Ollie….we work really well together and had previously talked about Humans of New York, so one day we thought to ourselves Americans are different than us Scottish people, it’s all well and good hearing the perspective on life over the pond but it’s worked in America, why can’t it work here? ….and so it begun.

Did you start the page as a hobby or are you hoping it will become popular enough to turn it into a full time business?

We had started the Humans of Edinburgh as a little side project, something we could do in our spare time. It has received so much love and praise that we are finding ourselves having more and more of this ‘spare’ time to do more and more photographs. Who wouldn’t love to make money out of a hobby? It’s going well, we have already been approached by the festival to run a Humans of Edinburgh exhibition but this will more than likely be on their their terms. We have some amazing ideas on what we’d like to do if we were ever able to run an exhibition on our own terms – we would love to bring the Humans of Edinburgh to life – can’t say too much though, it might spoil it! 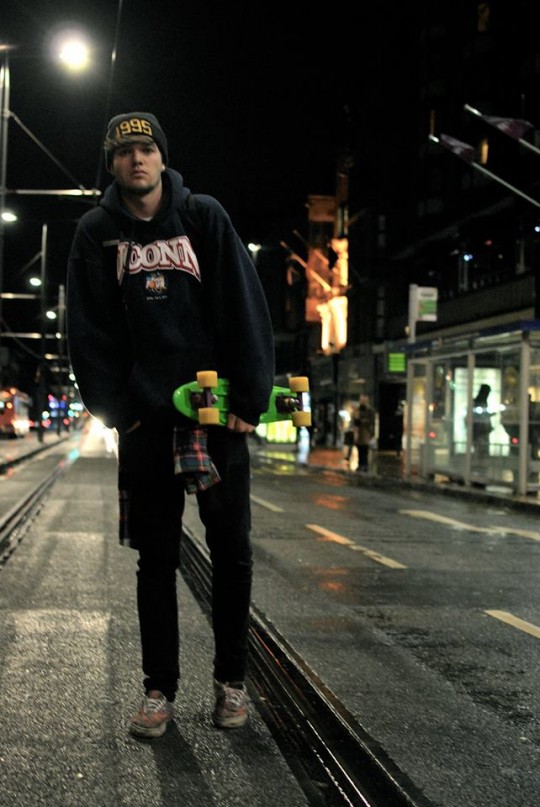 “I bought a pug to impress a girl once. Now I’ve got a pug.”

Your tagline, ‘One story at a time’, is front and centre when you click on ‘Humans of Edinburgh’. Why do you feel it is important to tell snippets of stories from regular people in the city?

Because everyone is always doing something. Everyone leads such busy lives, there has never been somebody who we have had a conversation with and we have said so what are you up to today? and the reply has been “nothing”. We think that everyone has an interesting aspect in their life, be it their job, their story, what they are doing on that particular day – so lets show the world! We want to give people a glimpse of someones life and that’s it, nothing more. Our personal favourite HONY photograph is one where a man is standing at a train station, the quote was something along the lines of “I told her if she wanted to start over to meet me at the place we first kissed, she was meant to be here 15 minutes ago.” and thats it. We never got to find out if she showed up, but that’s what we mean, everyone is up to something.

How do you choose who to photograph?

We just have conversations with random people on the street. Old couples, young people, anyone. If they are open with us and tell us about themselves and what they are up to then we say to them “cool, let us take your photo!”

Who is the most interesting person you have had the opportunity to photograph so far?

The old man on the bench. He was such a cool old man, the type of person you talk to and you think “I wish you were my grandad”. He had had such an interesting life and was very open, he was just so happy to be in Edinburgh again. 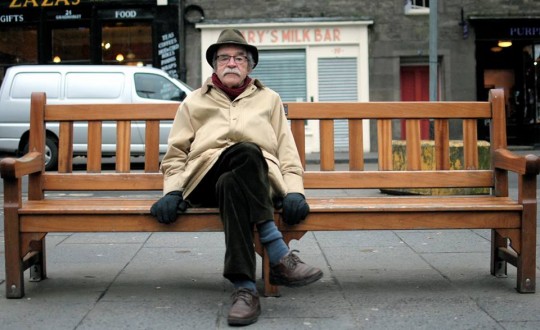 “I used to come to Edinburgh twice a year until I got ill. But I’m better now, and we came up on the train for a few days. Have you seen the new watercolour pieces in the gallery? They are magnificent.”

Are you affiliated with ‘Humans of New York’ at all or was Brandon Stanton just an inspiration for you guys?

We are not in anyway affiliated with HONY. Brandon is a very inspirational guy, you should check out his TED talk. I hope one day we get the chance to meet him.

Where do you see ‘Humans of Edinburgh’ going in the next year? (Perhaps a big question seeing as your first posts were on 17th January!)

We’d love for it to just continue to grow the same way it has and to bring a glimpse of happiness to everyones lives, everyday. We don’t want fame out of this or anything, all we want is to showcase our creative ideas because we have lots! 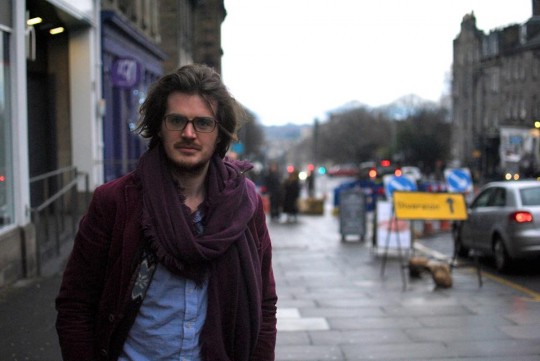 “Where are you going?”
“Do you want something pretentious? I’m going for the stars.”

My personal favourite is: “Are you a couple?” “No! We are best mates! Just friends. Colleagues.” “Yeah, just friends.” Do you have questions in mind when you approach them or do you start a conversation and take the best quote from that?

We just have a conversation and we ask them questions about their lives, about life in general, about the world and then we choose a great quote! 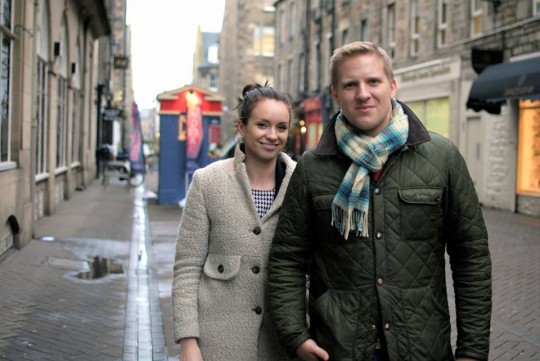 “Are you a couple?”
“No! We are best mates! Just friends. Colleagues.”
“Yeah, just friends.”

Is there anything you have learnt from going out and photographing people on the street?

How closed off some people can be if someone approaches them on the street and how hard it really is to be very personal with people you don’t know.

What do you want the people who like your page to get out of seeing these photographs and stories?

Check out the fab photographs and quotes at www.facebook.com/hofed

Also, iamhungover is definitely worth a look, they’ll get you anything you want and bring it to you. Brace yourselves… that means Nandos, McDonalds or fresh coffee delivered to your door!