Maiden Castle is being set up as a temporary accommodation

Students living in Collingwood and Grey have been evacuated from their colleges tonight due to a loss of power.

The power cut began just before 5.30pm this evening, with catered students being initially forced to eat at other colleges whilst a plan was put into place. 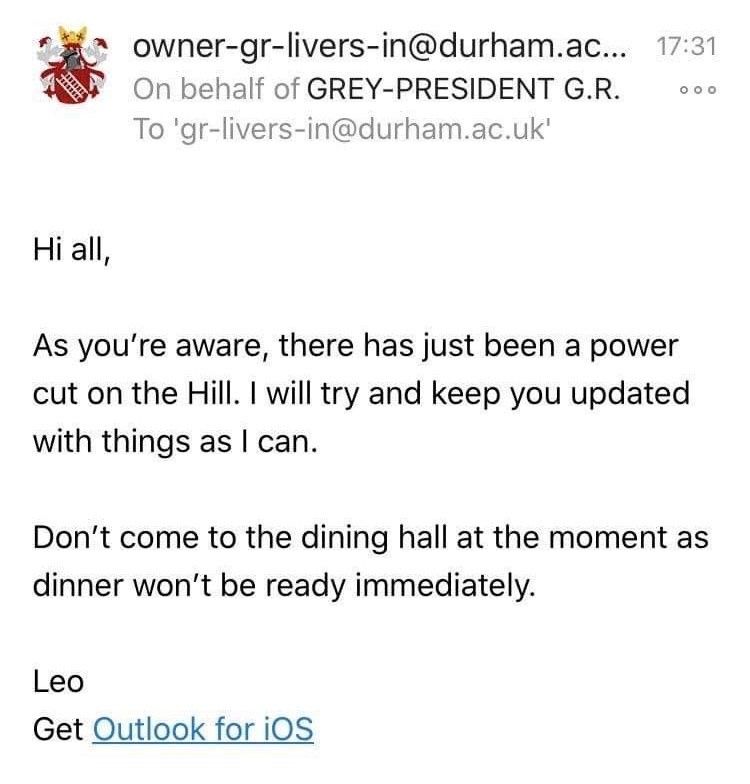 However, as the loss of electricity persisted, students were advised that they were not to remain in college overnight, and instead stay at Maiden Castle, which has been set up as an overnight centre, or make alternative arrangements to stay with friends living elsewhere. 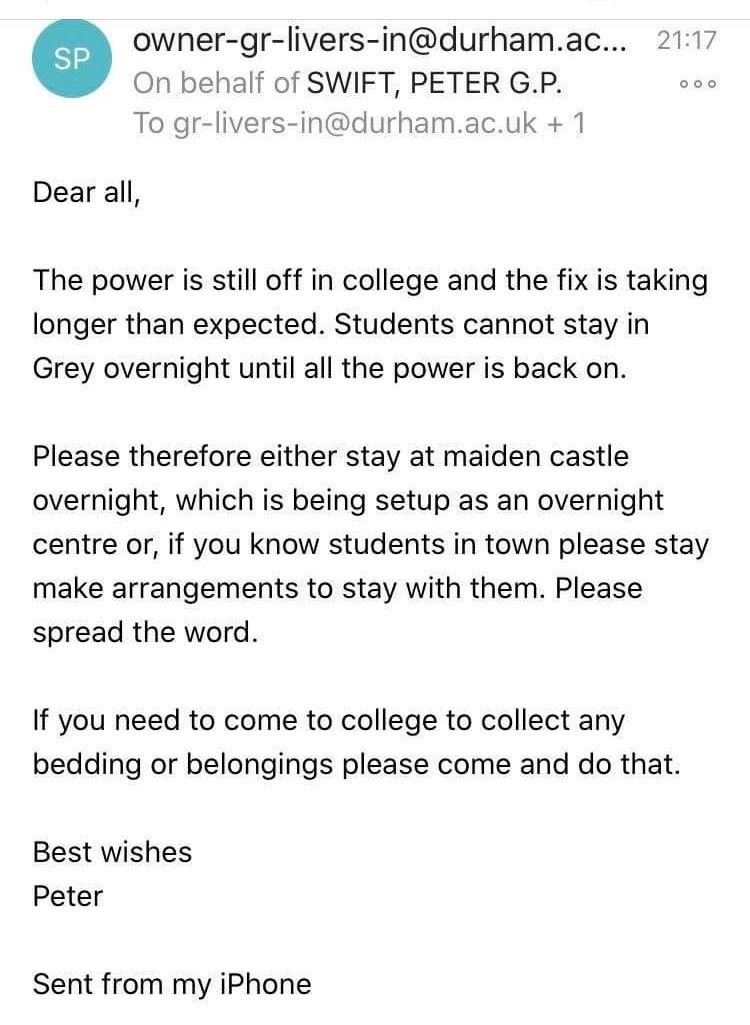 The email sent to Grey students at 21:17 this evening

An email sent to Grey students from Peter Swift, Vice Master of Grey College stated: "The power is still off in college and the fix is taking longer than expected. Students cannot stay in Grey overnight until all the power is back on".

One student evacuated to Maiden Castle overnight told The Tab Durham: "It's cold and the situation is quite scary. I feel quite displaced, especially since some people have friends they can stay with instead".

The Tab Durham were also told: "We'll look back and laugh, but I'm not laughing now". 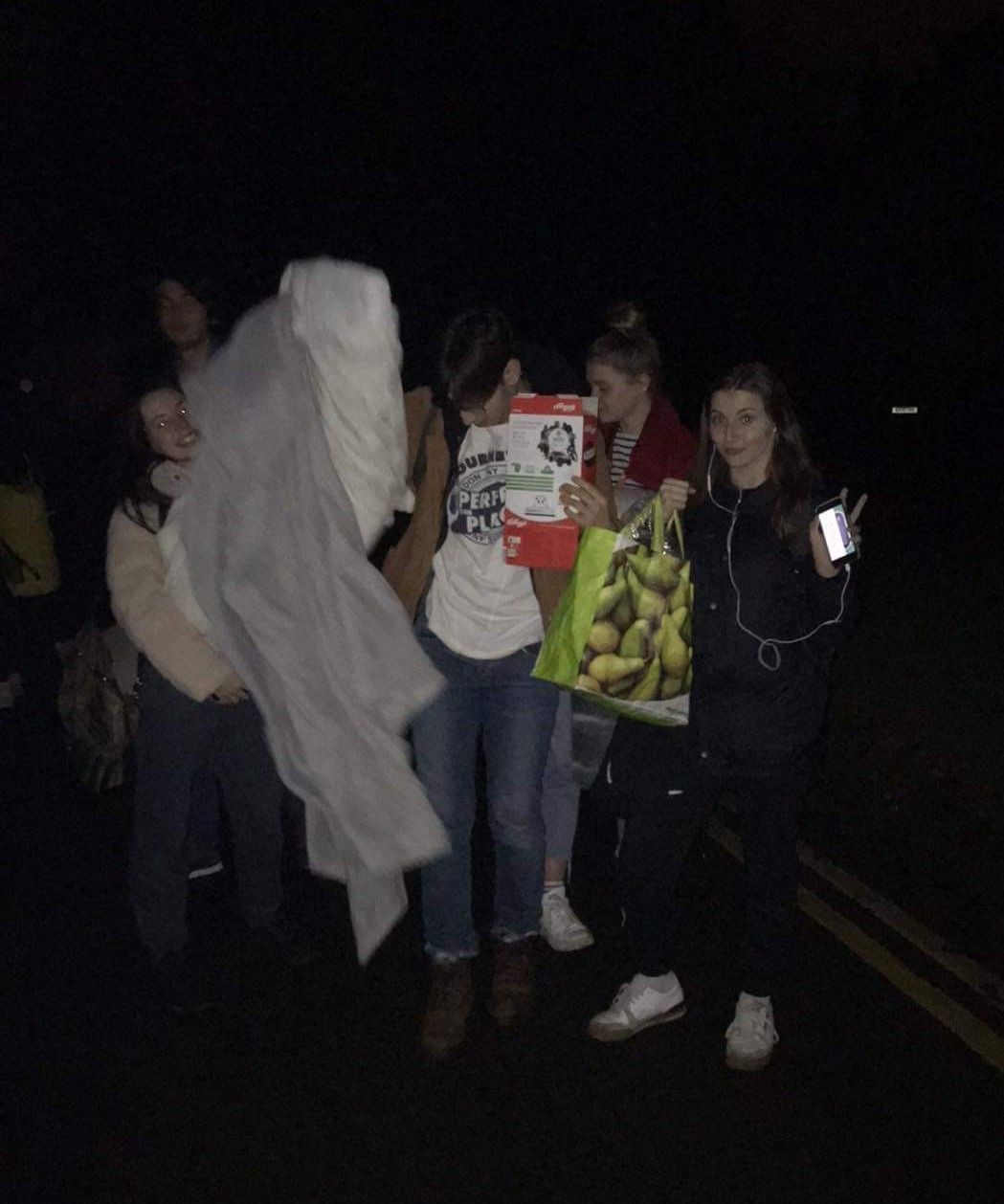 Other students, however, took the matter more lightly from the offset, with one Grey student stating: "I'm 19 and going for a sleepover in a sports hall. This is really not a dream come true".

Another added: "If they think I'm going to my 9am after this, they've got to be joking".

You are not ready