Check out the best players

As a new term begins and the freshers descend on the Swan for their first taste of Taddys, so too, we welcome the start of a new BUCS Super Rugby season for the DURFC 1st XV.

Despite finishing 8th in BUCS Super Rugby last season, there is a great deal of optimism in the squad. Following the hard work of pre-season the 1st XV are now preparing for the annual charity game which this year takes place against rivals Exeter (EURFC) at Durham City Rugby Ground.

Durham University has, over the past ten years, been raising funds for the charity Sport in Action Zambia. The focus of our charitable work in Zambia is centred on young children who face considerable hardships in and around the capital of Lusaka. Their work consists of engaging young people in sport whilst teaching them valuable life skills. The charity rugby match itself specifically helps a street children's project called Fountain of Hope.

Ahead of this years charity game, we look at some of the boys who could be difference makers this year as DURFC bid for glory. 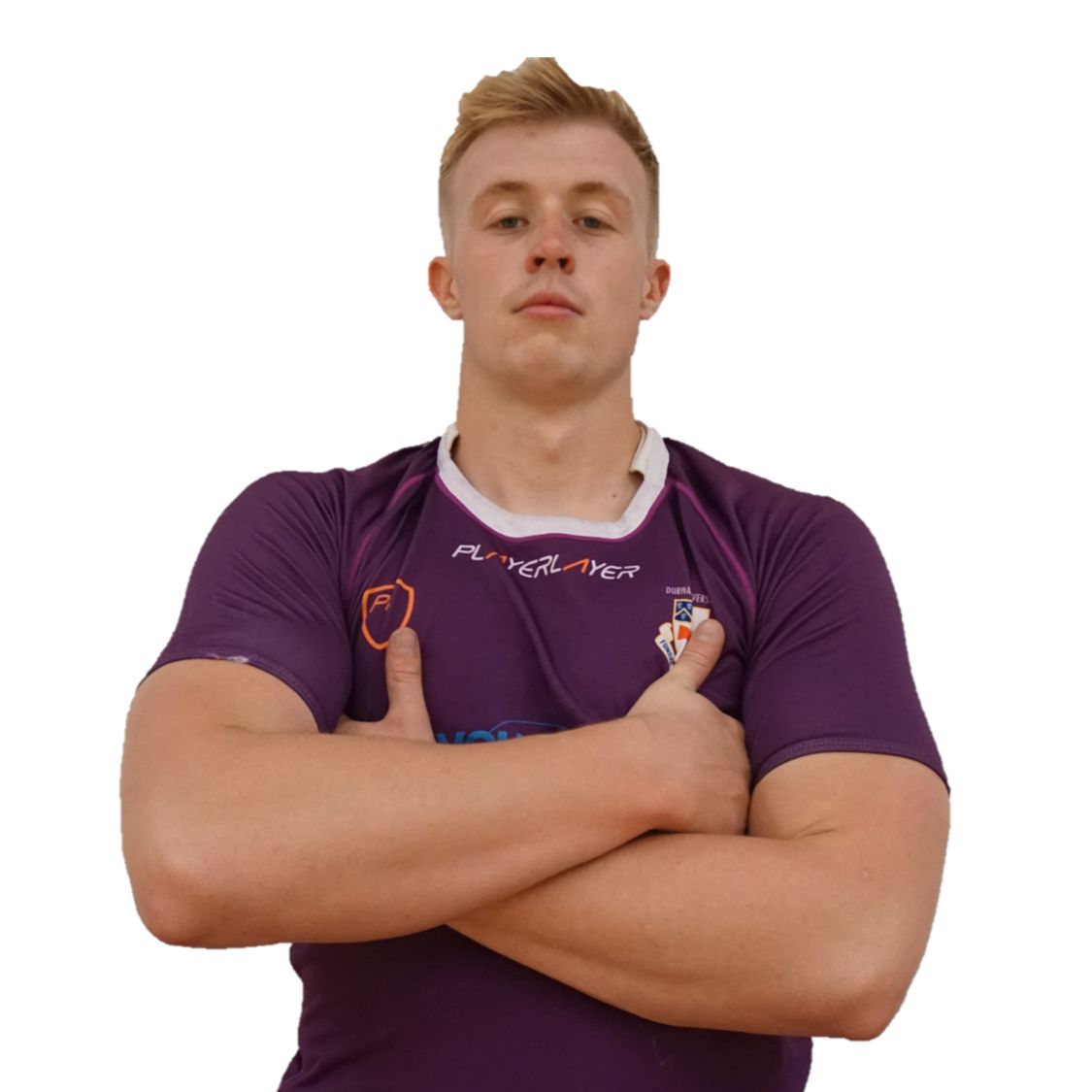 Where better to start than with 1st XV captain and hard-hitting second row Colin Markham.

Fresh off wearing the Rose this summer when representing England Students, Markham, widely known inside the club as Massey, has great belief in his team this year and is expecting the 1st XV to challenge some of the teams that have topped the league in past seasons.

Look out for him leading from the front with big hits and strong carries. 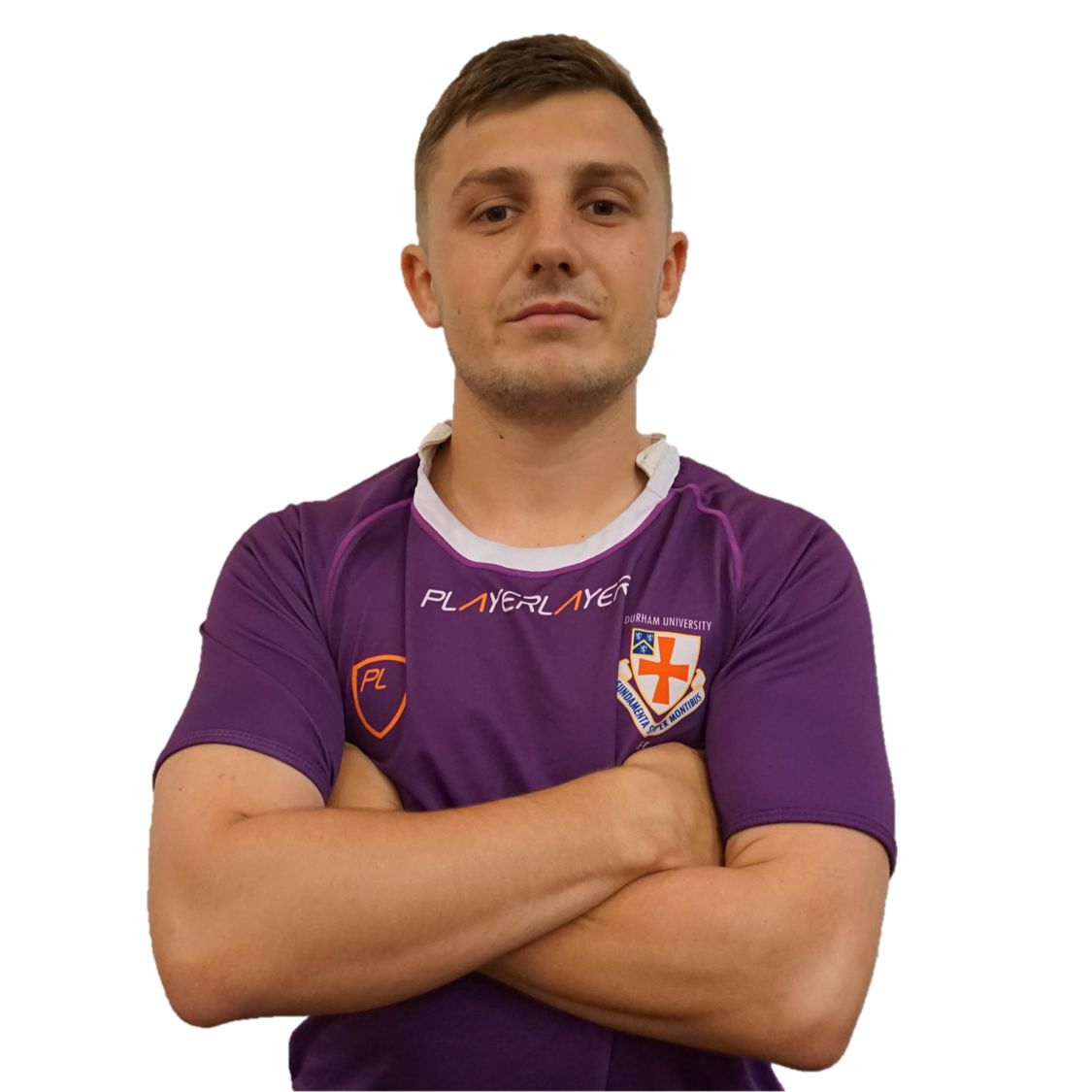 Running the show from scrum-half this year, Jacob Collin could be one of most influential players as DURFC bid for a successful season.

With quick feet and great hands, Collin is always a threat around the fringes and has the ability to score from anywhere. Not always a 1st XV player, Jacob has worked his way up from the Durham 4th XV.

From the 1st XV backs this year, Jacob claims the mixture of experienced senior players and talented younger lads will lead to the perfect blend of flair and strong defence. In one word, expect plenty of Joué. 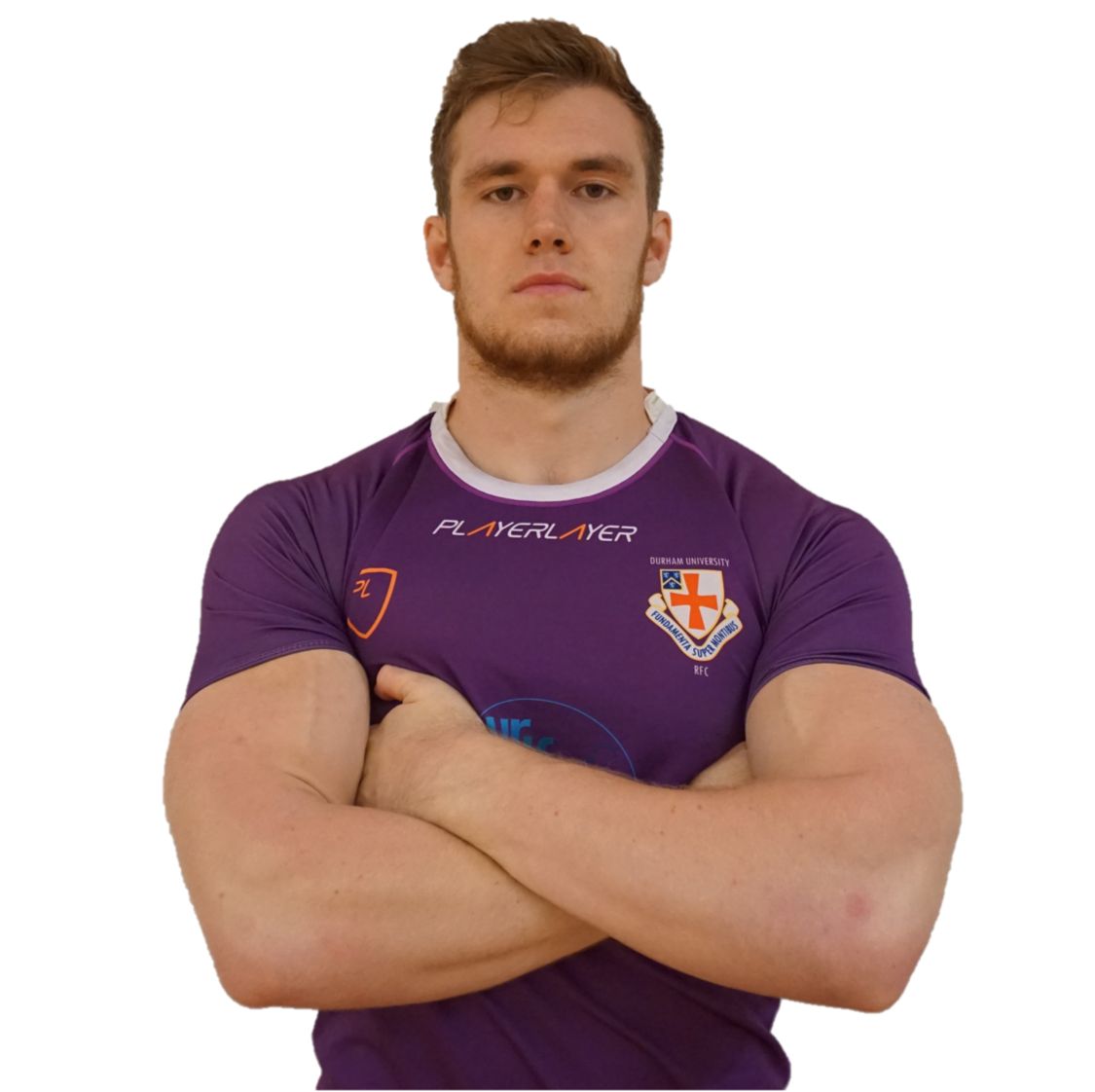 Coming off a strong first year in Palatinate, Ben is looking forward to taking on a greater leadership role on and off the pitch this year.

A number 8 by trade, Fowles finished last season with a team high 8 tries to his name, something he wants replicate this year.

He describes last years charity game, where Durham won 31-0 against a strong Bath team in front of a 3000 strong crowd, as his best moment in Palatinate but is adamant that a Durham win over Exeter would be even sweeter.

When not playing, Ben can often be found listening to his favourite song, "Just Can't Get Enough" on repeat. 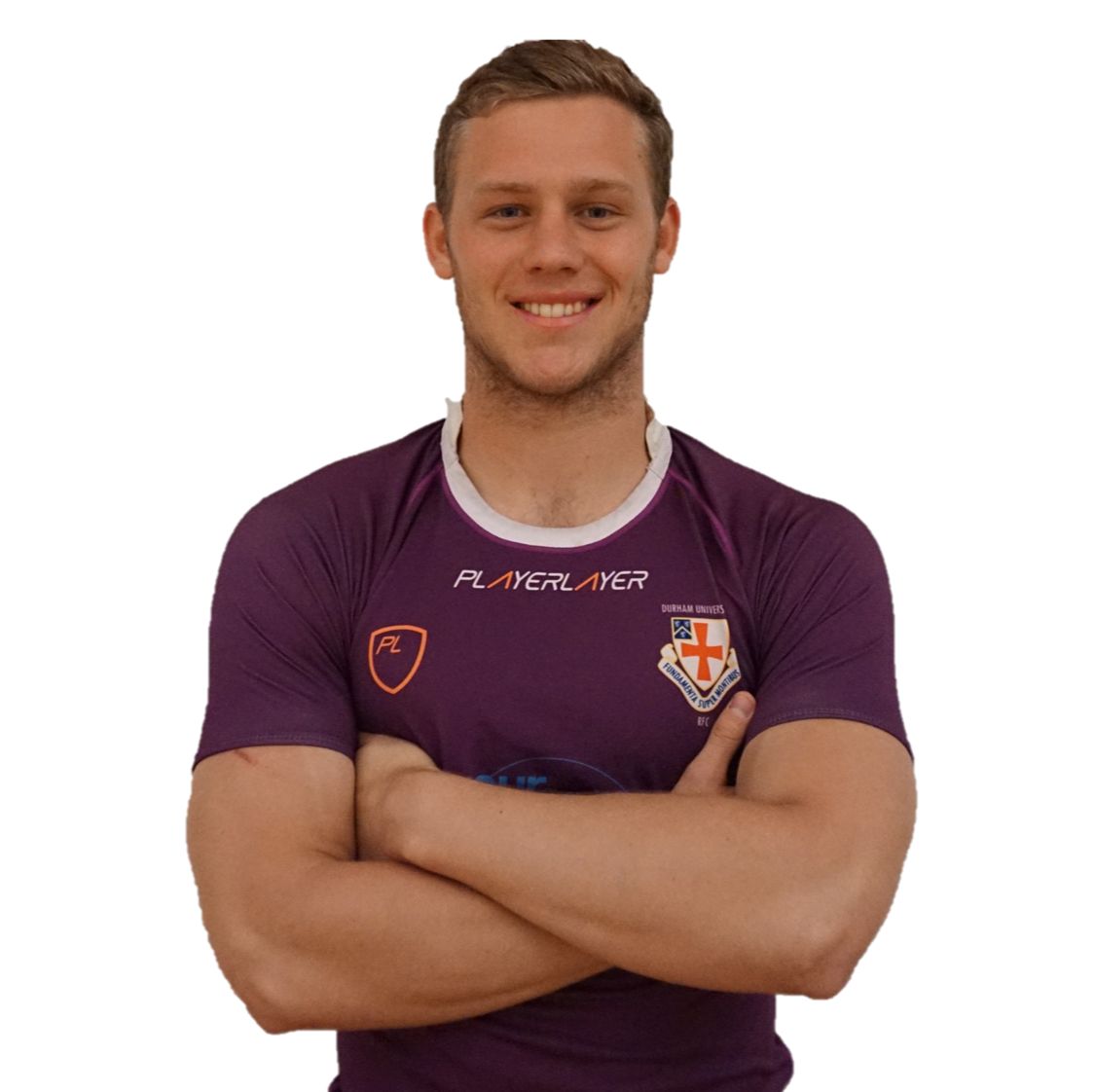 Already looking forward to this years charity match, Matt is ready for a breakthrough season and is excited at the prospect of playing in front of a record crowd.

No stranger to the big occasion, Matt's favourite rugby memory comes from his schoolboy days playing in the Ryan Bresnahan Memorial match for Clifton against rivals Cheltenham.

If not tearing it up in the centres on the pitch, Matt can also be found tearing it up at the Collingwood Fashion show where he put in one of his best performances of the year. 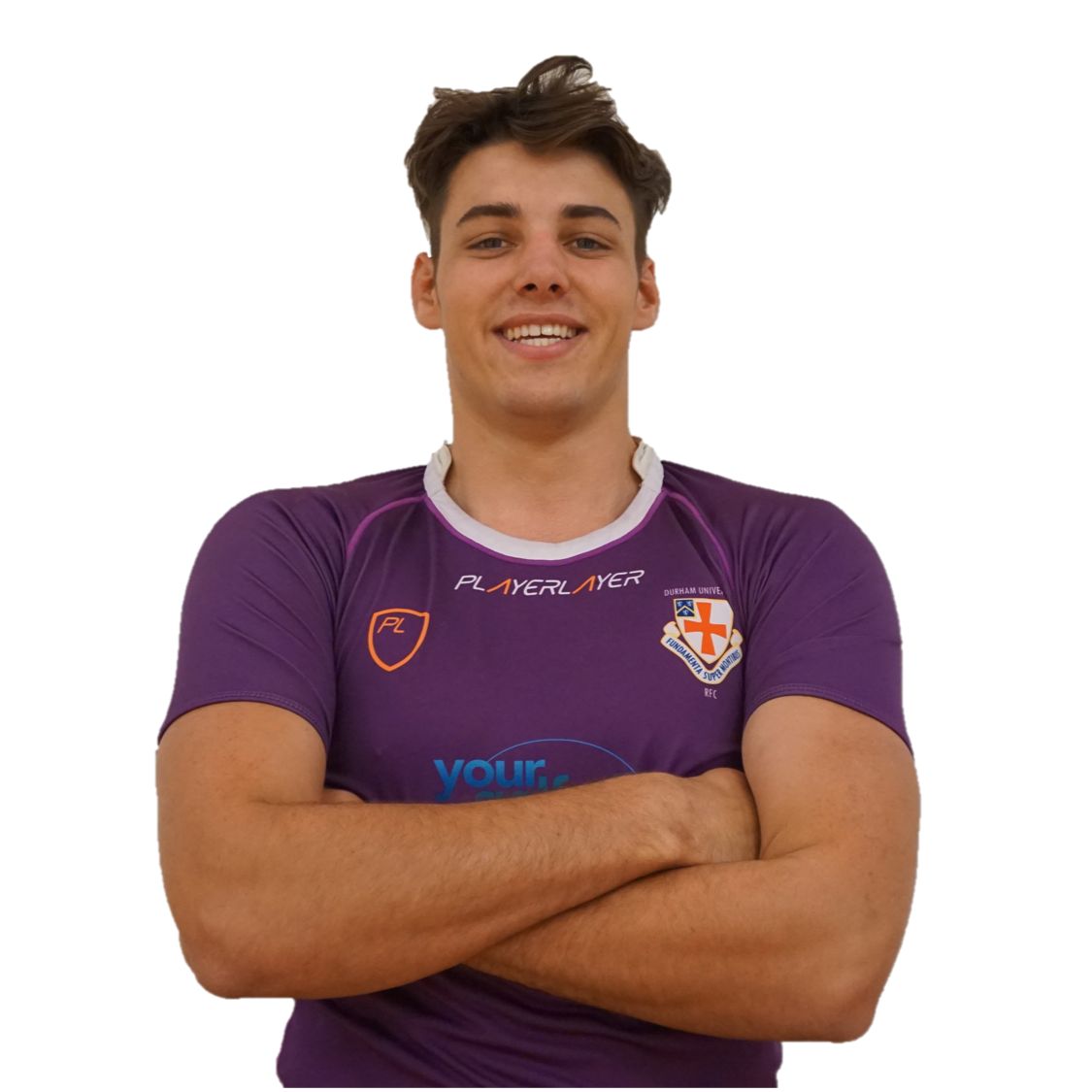 One fresher who could be one to watch this year is Josh Basham. Arriving on the the Bailey with a big rugby reputation having played for England U20s at last years U20s World Cup, Basham could be set to play a vital role for DURFC this season.

Josh is known for his strong defence and as a stern tackler. While, his favourite rugby moment was his Premiership debut for London Irish, he is sure that his upcoming debut in Palatinate will be a close second.

Although Josh hasn't had much time to scout the vibrant Durham nightlife, he is already a big fan of Players' Wednesday, describing them as "lit." 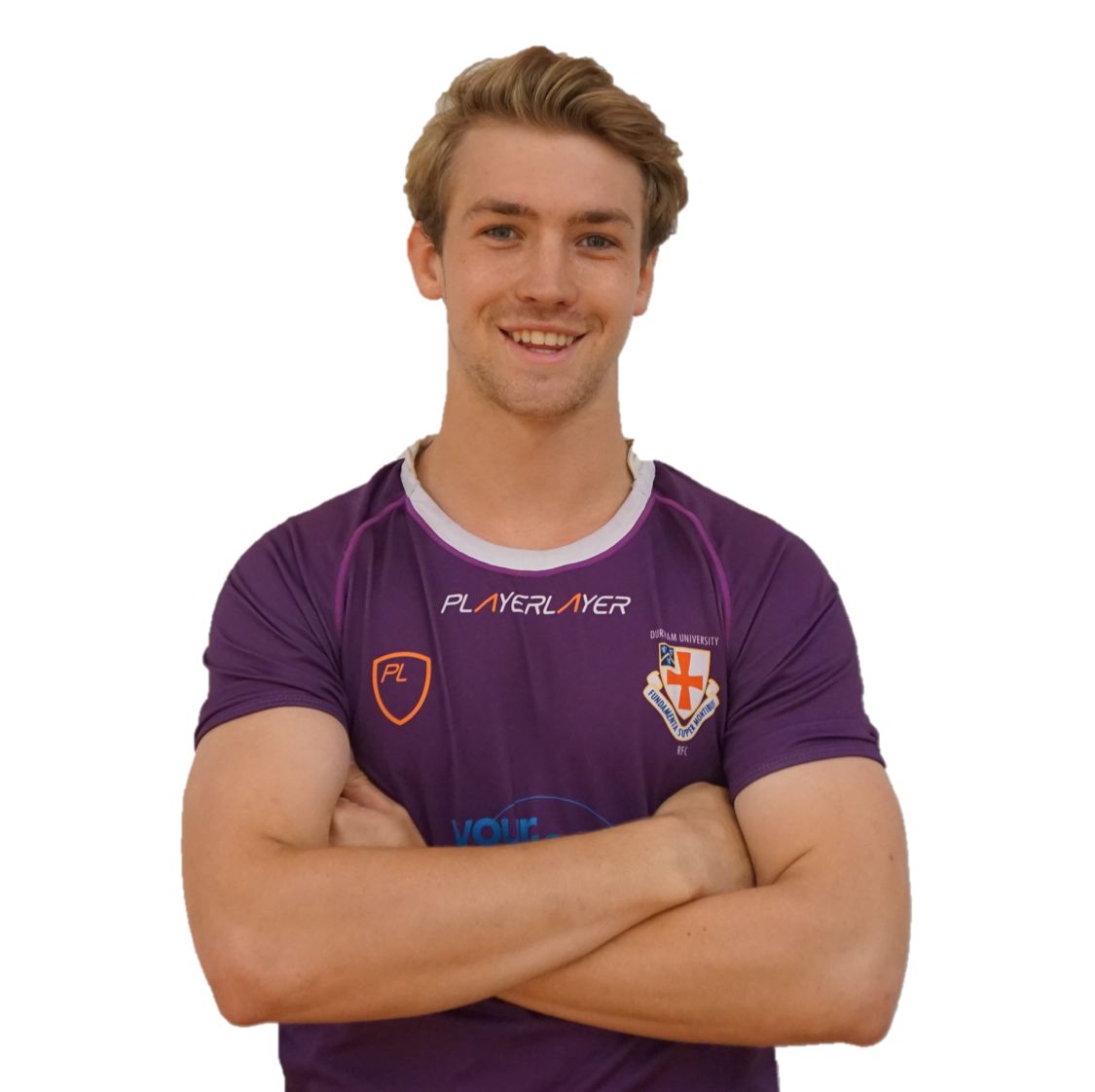 Another fresher arriving with a big rugby reputation, England Sevens star Charlie Spawforth has impressed in training with tricky footwork and the ability to play in a number of different positions.

Comparing himself to "Henry Slade or possibly Beauden Barrett," Charlie views his game as that of a running 10/12 with strong attacking capabilities.

Outside of rugby, his main goal for the year is making onto the catwalk of the DU Fashion Show, something he says would be "a dream come true."

If he is able to live up to his full potential this year he could shine in a competitive BUCS Super Rugby League and an even more competitive DUCFS.

We wish these boys luck and we're sure they'll do all that they can to bring home the win.