The Nightmare Before Christmas (minus kidnapping Mr. Sandy Claws)

Halloween is here and it's no surprise that this coincides with Week 5. The sheer terror of knowing that what stands between me and my coveted Christmas vacation (apparently "holiday" is an inaccurate word to use as I'm sure I'll found out soon enough) is another four weeks of reading, deadlines and an insurmountable pile of Russian grammar. But, nevertheless, a cathartic rant about it will do the job just fine. 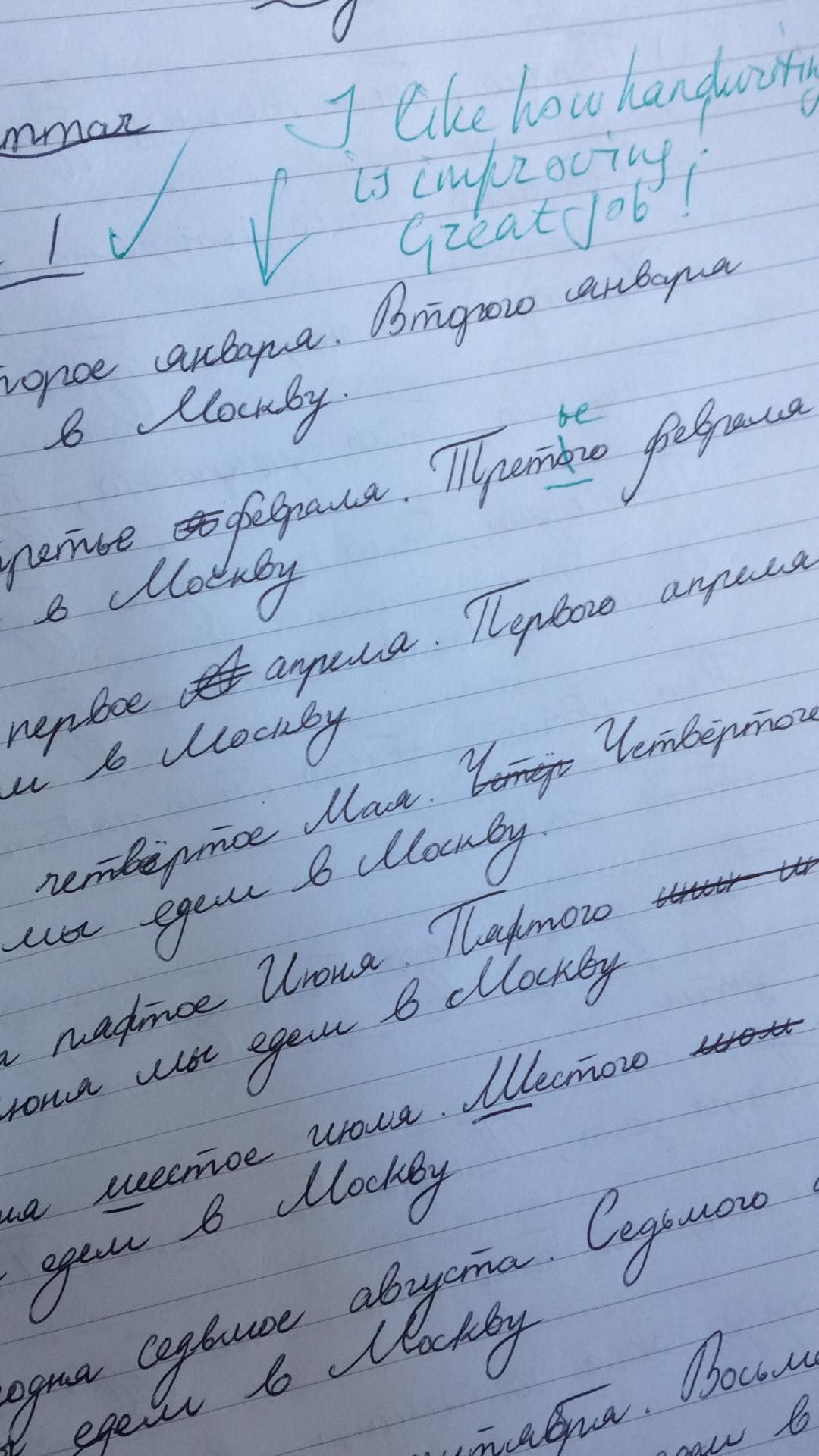 Validate me some more, please. I need it right now

In any case, the week started relatively slowly but as Trinity's Halloween bop approached, I realised I should have read "How NOT to be a basic bitch on Halloween" much sooner! Much like my work ethic in dire times of procrastination, my costume game could use a massive kick up the backside. Not to worry though, as our resident makeup artist came to the rescue and salvaged what would have been a complete disaster, consisting of me in questionable attire having to mouth the words "I'm a mouse, duh." I dread to think…anyway, our conversation went something like this:

This was the result – I think she brought the inner me to the surface, quite literally. 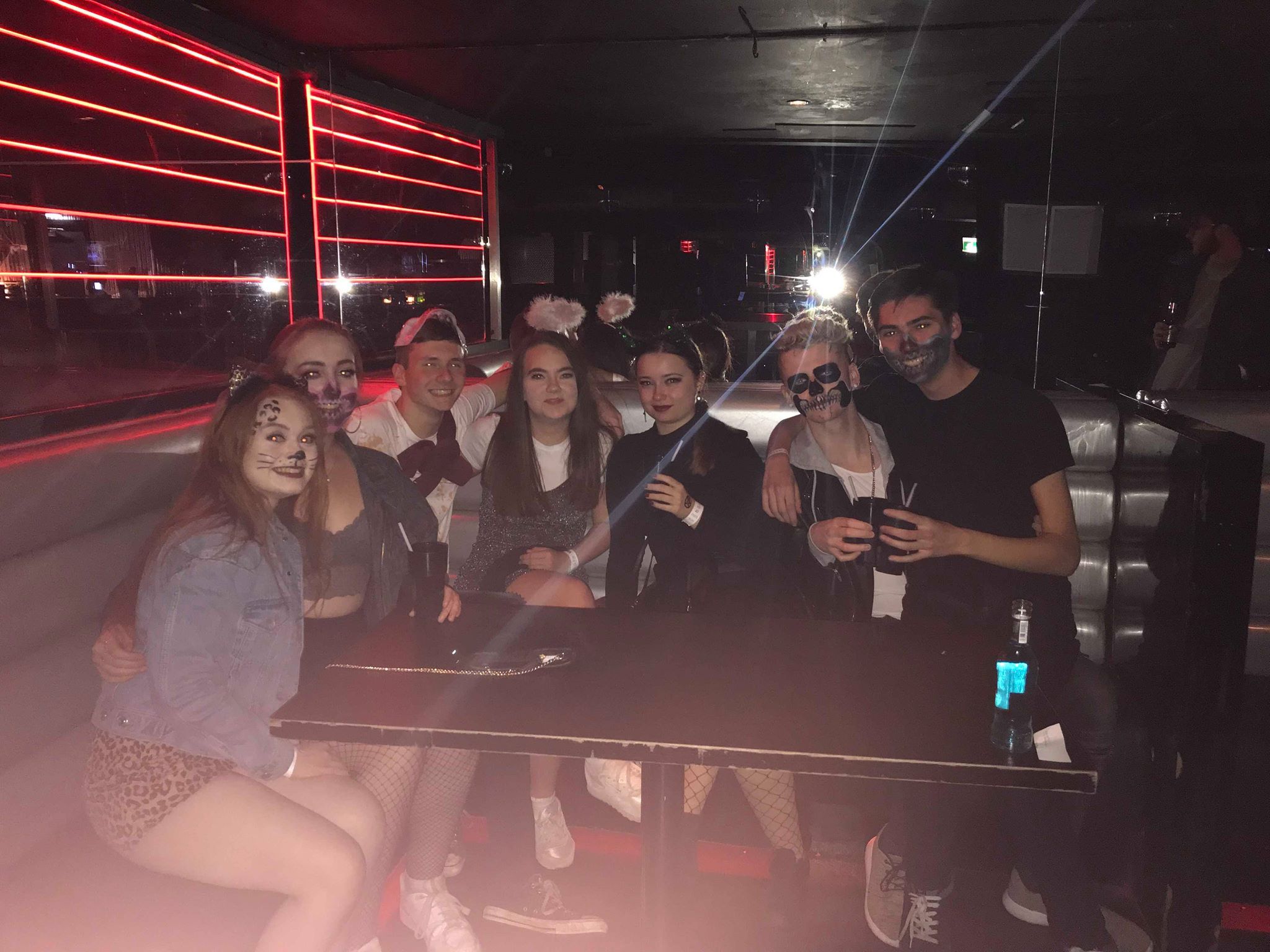 "Can you do sexy yet skeletal yet still sexy?" 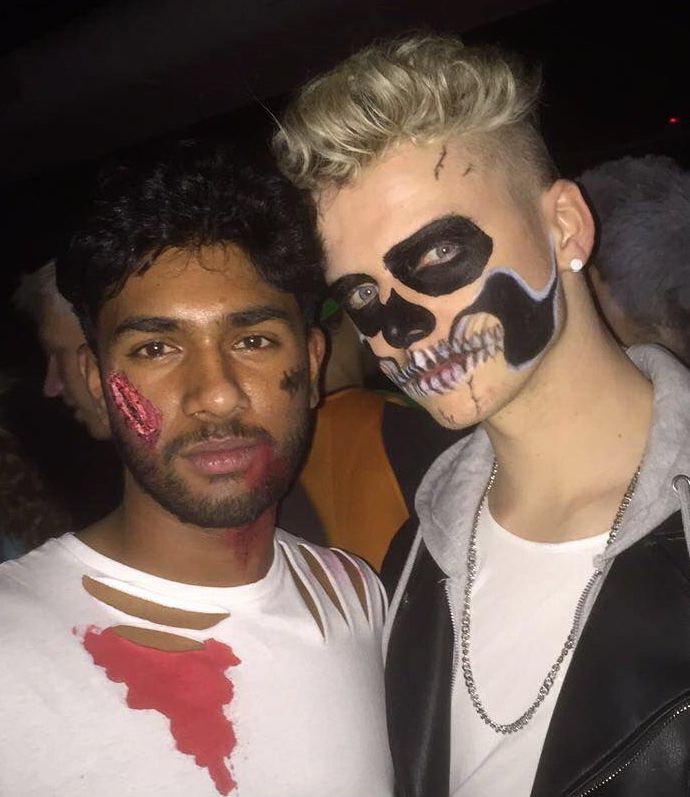 Try washing those eyes off at 2am with no makeup wipes 🙁

My thoughts on the bop, you ask? Well, I wasn't quite feeling my inner Bette Midler raring to belt out "I Put A Spell On You" but I will say it was a vast improvement on the last Trinity bop (an empty dancefloor, a chocolate fountain and college-themed cocktails are not a substitute for good Fresher entertainment @TCSU).

Nonetheless, I still have a glimmer of hope for future bops but for now I will be content watching Netflix whilst all wrapped up in a blanket. I'd much rather that than having to part the waves of club-goers – including some guy in a massive condom costume – to escape the questionable music and average vibes of Cindie's that night. The only thing scarier than watching horror films on Halloween is a tragic ent.

I woke up later that morning with the worst panda eyes imaginable and hauled myself out of bed ready for a 9am grammar workshop. Needless to say, the existence and conjugations of eight verbs of motion pairs were not at the top of my agenda as much as sleep was. Added to that was the endless stream of people asking whether I was wearing eyeliner or not. This was soon followed by a discussion in a later class on how, culturally speaking, I need to learn the various words for mushrooms in Russian. Much like a Brit can tell his Bourbon from his Ginger Nut, a Russian can tell his True Morel from his Chanterelle. 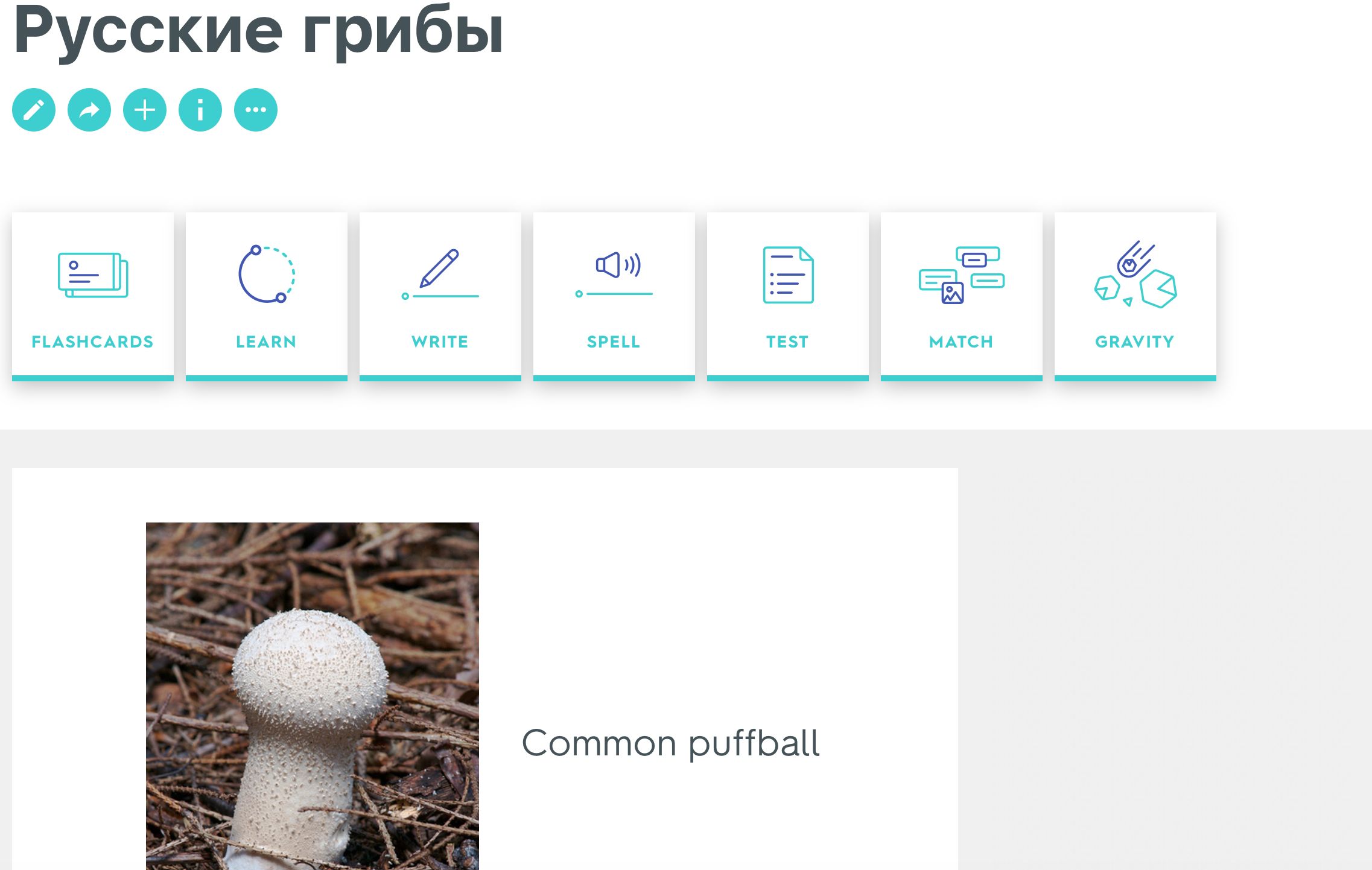 Among all this carnage, I was subjected to the first of many visits from my parents. It was certainly odd taking them around Cambridge as if I've lived here for a lifetime! But of course, it is always refreshing to hear about life outside the Cambridge bubble, even if I was forced into some very touristy snapshots that I'm sure will be shared round the family before I return home in a month's time. It is always nice to have a few home comforts bought to you however, and so the assortment of Lidl's edible goodies was a welcome surprise. At the moment my cupboard seems like a huge metaphysical battle between Halloween and Christmas. 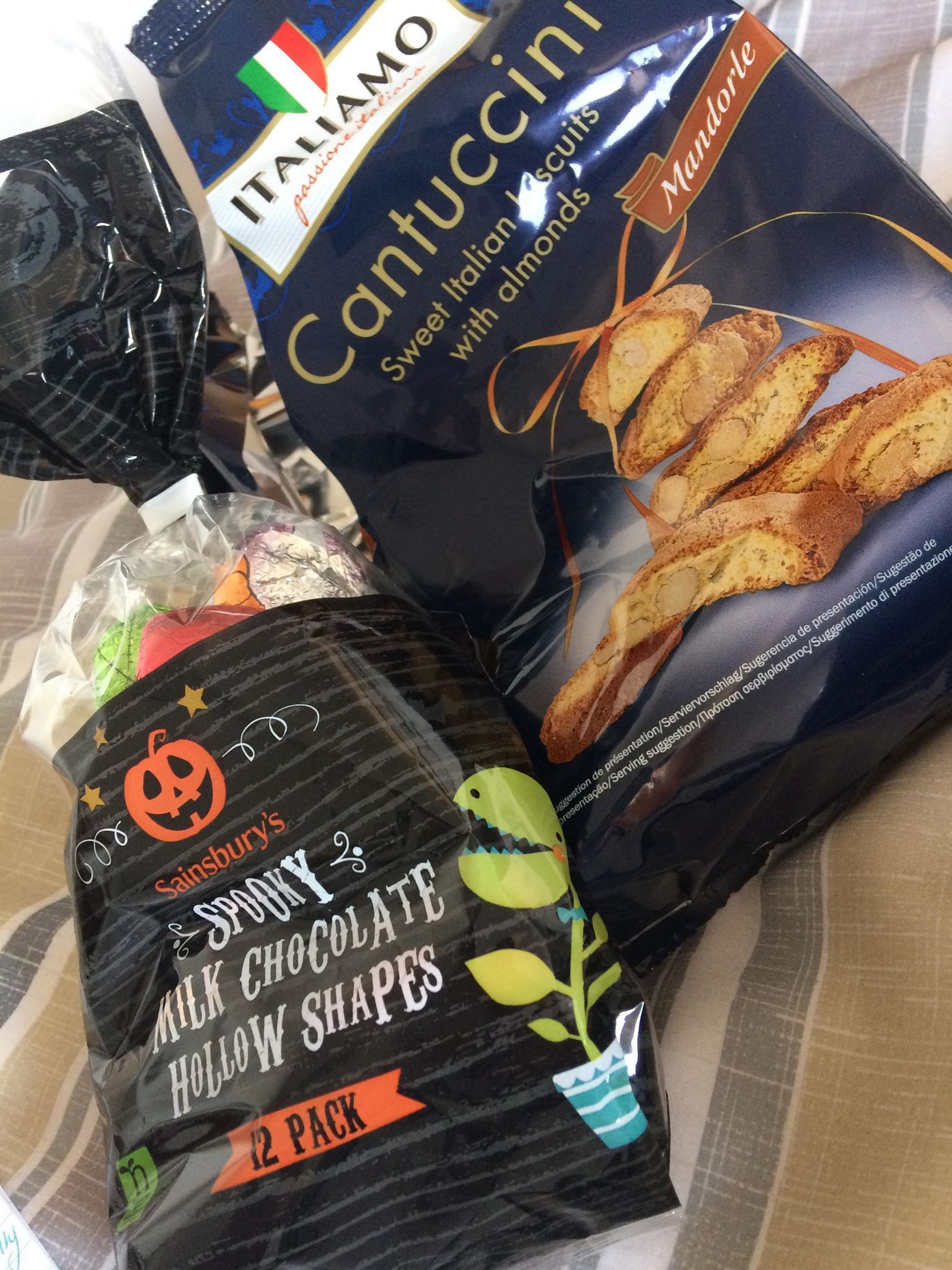 Choose a side, people.

Conclusion for this week's column: at times it is genuinely so easy to forget about life outside your degree. My parents' visit reminded me of the importance of keeping a healthy attitude towards my work and to maybe call home a little more often than I have been. I wouldn't be here writing this article without them after all.

P.S. Make friends with artsy people, you'll never know when you might need them for last minute help making sure you look like a convincing zombie rather than someone who's just had a full on day of lectures!

Until the next time, dear reader.