Medwards charging students £1.6K to live in a bunkabin for a TERM

Murray Edwards College has moved students into insufficient temporary accommodation in the midst of renovation works to a single staircase.

Students who wished to move into the newly refurbished staircase in the College were pre-warned that they would be living in temporary "bunkabin" accommodation in the car park until the work was complete.

Some staircases were not due a full refurbishment, rather a replacement of windows that should have been completed by the time students returned. However, upon move-in day, many were unexpectedly relocated to random indoor accommodation on the day of their arrival, meaning a separation from friends and a disruption of the first few weeks. Those who were lower down in the ballot have now been moved to temporary accommodation of a higher quality than the bunkabins.

Students living in the bunkabins, however, have raised concerns about their safety and security. As well as this, complaints have also been raised about bad smells, dirt, lack of hot water, sparse natural light, wifi problems and minimal personal space. 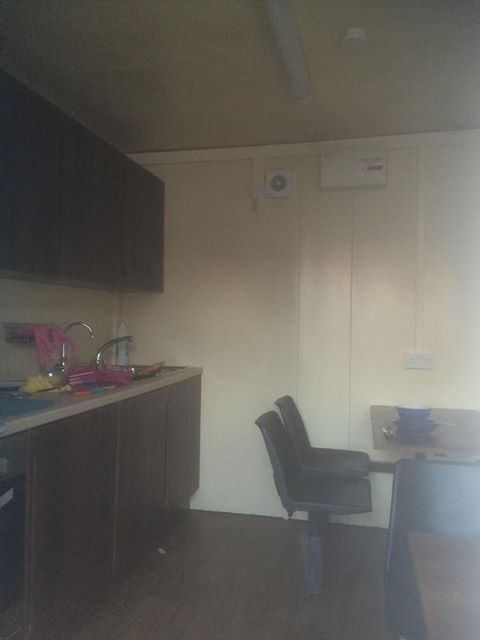 The tiny kitchen bunkabin is shared between 15 students.

This term, students are being charged £1,375 for the bunkabin itself, £40 for network charges and £223 for an overhead charge. The total amounts to around £1,600: higher than the cost of an indoor, un-refurbished room.

The College's form of compensation is to waive the £40 network charge due to poor wifi. The College have informed The Tab that these students will be charged the rate of an un-refurbished room (£1281-£1501 depending on exact room location) for the refurbished room that those in the bunkabins will eventually move into. This is not factoring in the additional £223 overhead charge however, which drags even the cheapest room rent up to £1,548. 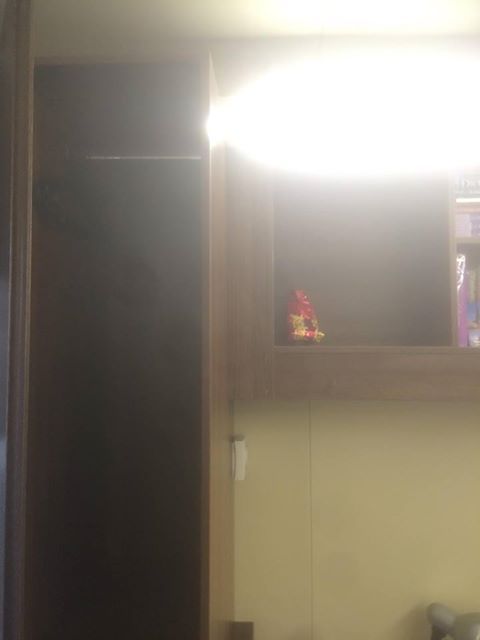 One student, who asked to remain anonymous, has expressed her concern to The Tab about the bunkabins, which the College claimed were 'used by Fitzwilliam College two years ago and proved very popular amongst students'. She added:

"It has been really upsetting, because more and more issues just seem to be coming up, and the College almost seem a little fed up with us. We were told that the bunkabins were "top-of-the-range"…we can't even seem to have a hot shower or do our work due to a lack of wifi."

The bunkabins are also described as 'bespoke' on the website of the company providing the accommodation to the College, which was sent to the students currently living in them.

Students have also reported seeing a hired graffiti artist painting the walls outside of the bunkabin accommodation, perhaps in an attempt to brighten up the situation. This appears to be little consolation to those living here however. 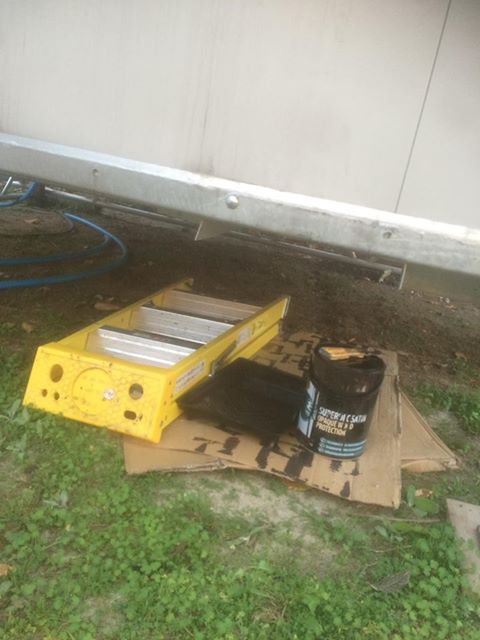 DIY materials have also been randomly left around outside.

This is not the first time Murray Edwards has landed itself in hot water with rent charges. The College came under scrutiny by the Cut The Rent Campaign last term due to mass rental discrepancies across the university. Over a third of the college student body signed a petition to demand change, but no action has been taken.

“We are committed to ensuring that our students live in accommodation that is safe, comfortable and enables them to study well. However, it is widely understood that some parts of the College require essential work and, although we do our utmost to minimise the impact of this for our students, in this case we were required to house some students in temporary accommodation for the early part of the term. We are sorry that the students have faced additional issues on top of the disruption this has already caused for them, and we are working closely to resolve the outstanding issues as soon as possible. We fully expect that the students will be back in their chosen accommodation in November.

The College is working privately with the students living in the bunkabins to resolve all their concerns, and any students who feel distressed have been encouraged to speak to the Senior Tutor who is readily available to them. This is an ongoing matter and has the College’s full attention for a quick resolution.”