In light of recent government warnings of a shake-up to the university system, some are saying that Oxford and Cambridge should consider ditching their partnership with the state and go private. This comes after the government suggested that fee cuts would improve costly university fees, a statement that disgruntled many universities around the country.

Many universities have already stated that the current fee of £9,250 per annum is still too cheap and that the average student in fact costs around £18,500 per year. Some propose that if the institutions were to go private a fee of £15,000 would be more suitable, despite the obvious implications for poorer students applying and how some courses inevitably cost more to run than others. The universities mainly put this down to Oxbridge's supervision and tutorial system that racks up the costs per student, yet say that only around one third of students would in fact pay this fee. 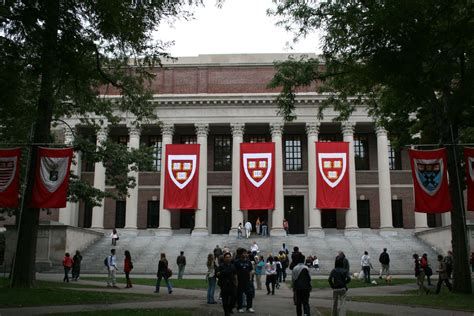 America: Land of the free, Elle Woods and spenny universities

If Oxbridge were to go private, meaning that they were not regulated by the government, they would not have to publish certain statistics on graduate employment or prove their research quality. Some say that privatisation of these universities is necessary to maintain its international reputation and many universities are already treating students like product consumers, offering refunds for strike action.

On the other hand, some worry that becoming private would result in Oxbridge becoming even more elite as they would be able to raise fees, putting off potential students, as well as perhaps discriminating against those who couldn't pay the fees outright. If this system is to work, then there are recommendations for a 'needs-blind' selection system, in which the applicant's financial position is not known by the university, although if they were private the universities would not be under any obligation to maintain this selection system.

This would make the British university system more like the American 'Ivy League', in which fees can be over £30,000 a year. This could also lead British university's more likely to select the children of donors and benefactors, a common practice among top American universities. For the privatisation to work experts suggest that all leading UK universities would need to make the change together and be prepared to offer many bursaries to reduce the elitism that continues among universities.

It’s official: These are the degree subjects most likely to get you a first

Be right back just changing my motherflipping course