An A-Z of the Varsity Ski Trip

A is for absolutely not taking the coach next year

A is indeed for absolutely not taking the coach next time.

But despite the 22.5 hour journey or so, we can surely all agree that Varsity 2017 did not disappoint. Despite every painful, hungover walk up to the slopes at 9am and every grotesquely expensive alcoholic beverage at après we undoubtedly all enjoyed it.

B – Bring your own ski kit, and also for brown

Too many people hobbled around wearing an unfortunate shade of brown which they had received from their ski rentals. They were also incredibly uncomfortable I'm told. 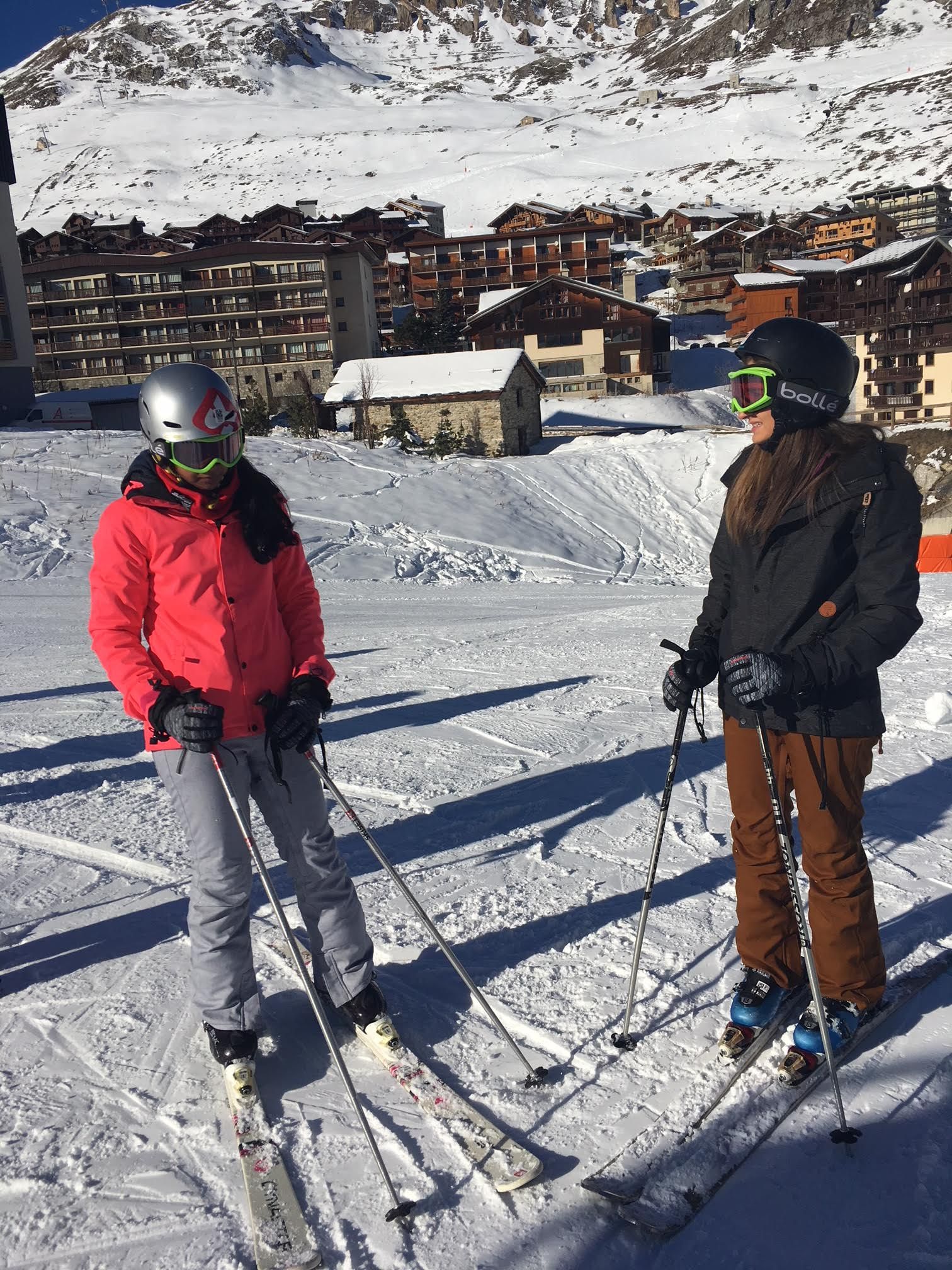 Brown is 'in' this (ski) season, as I've been told

I, like so many others, had persuaded myself that 18 hours really wasn't that long, when in reality it felt like an eternity – crushed in a tiny aisle seat watching Peep Show at 3am.

"I know my limits", "the altitude myth is a lie" – all of these statements are famous last words of people who soon became victims to the higher altitudes after surrendering themselves to copious amounts of alcohol. 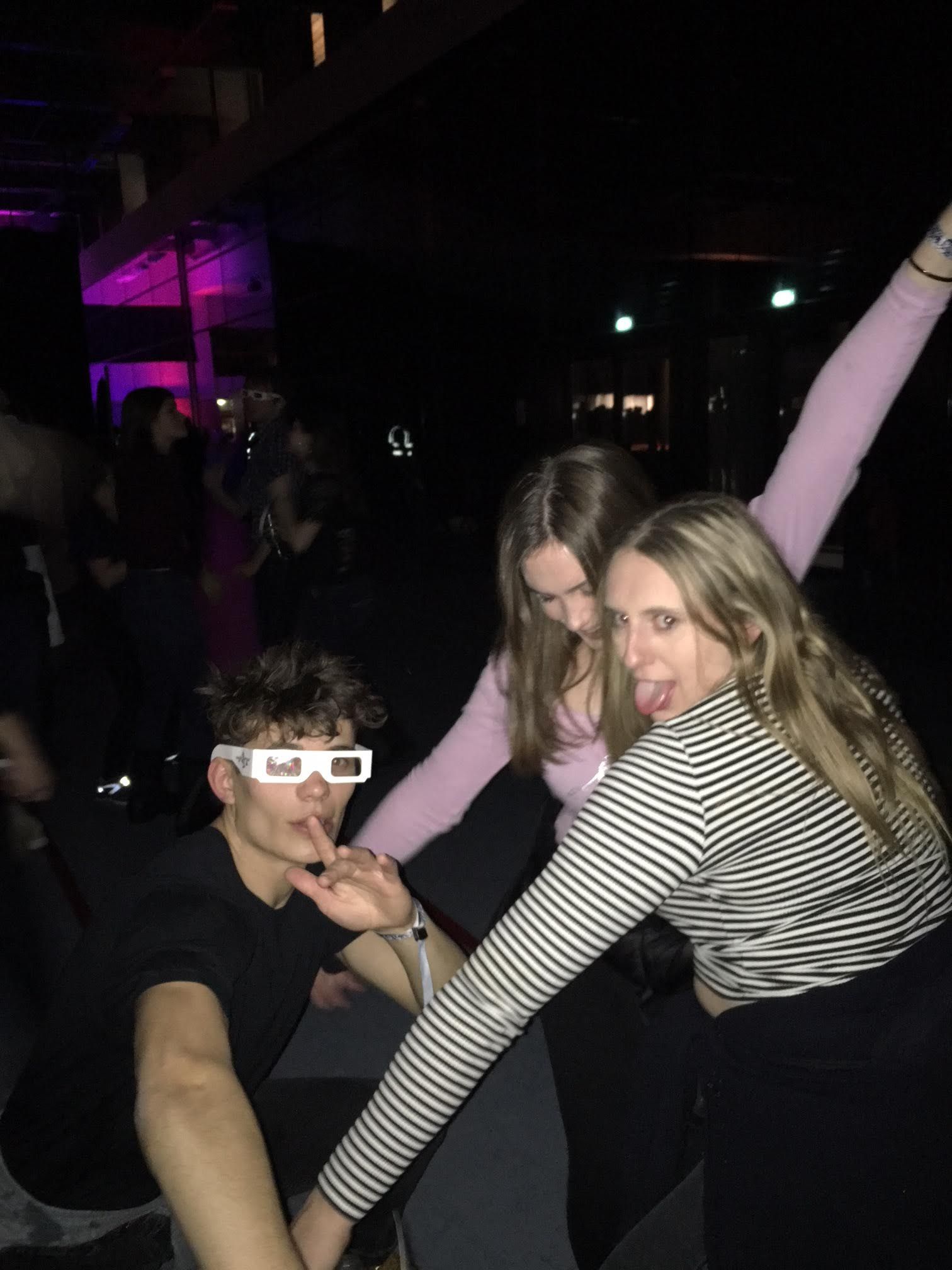 Every day will involve some degree of tiredness/hungoverness/soreness

Five days was probably longer than you thought

It would have been a good idea to have paced yourself, you will have realised that 8 weeks of Cambridge running into a week of skiing, ritual intoxication and partying will take it's toll on even the most seasoned of clubbers.

Go to as many events as possible

Even after a hard-core day of skiing, take a power nap and still go to the Pool Party – it's not as grimy as you may have thought.

Have a think about what accommodation you want to be in

Although standard was cheap and cheerful, most would agree that sleeping on a questionably coloured felt blanket and microwaving water for tea is not always ideal.

If you don't know how to ski, don't worry

32 per cent of the trip are just like you! Even if most of your mates have been treated to skiing holidays since the age of five and are now seasoned skiers possessing all the knowledge and gear, you will soon find a friend in the other terrified faces of your fellow novices as you try and crack the snow-plough to prevent a perilous sprint to the bottom of the green slope. Maybe you'll be a natural! 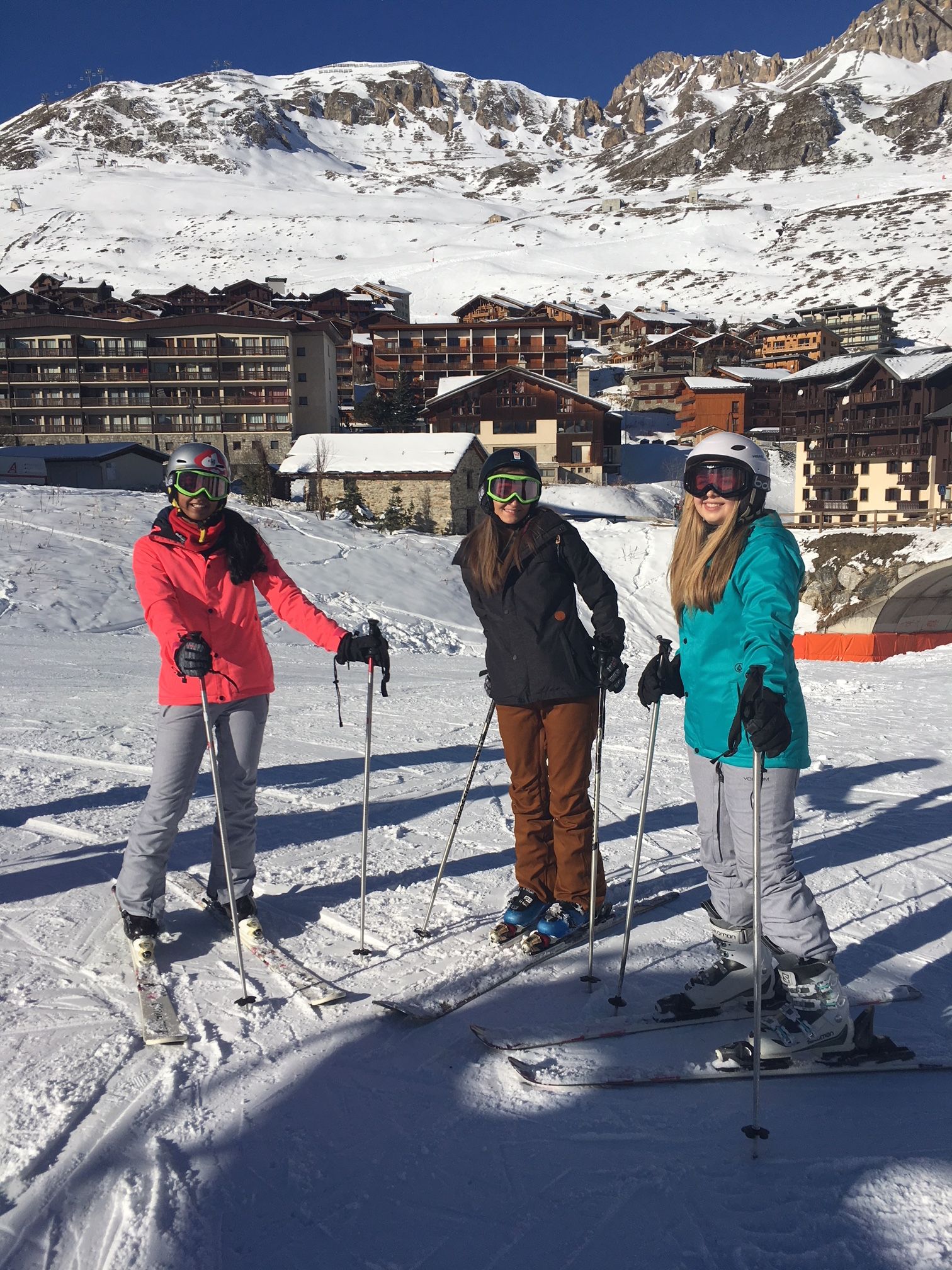 Just don't drink on the coach over

Yes, there will be the classic 'lads on tour' who will be keen to get the bevs flowing early but give them the disapproving stare they deserve.

Look out for GunFingers tickets?

This event was released post Varsity booking day and went in a flash. You undoubtedly were asked at least 5 times in the week if you possessed tickets. Easily one of the most hyped events of the trip, but who even were they??

You will spend more than you are proud of. The excitement at finding two euro wine at the Carrefour on the way in will be shortlived when you realise that shots in a bog-standard, if slightly sleazy looking French bar are 10 euros and an even greasier portion of fish and chips is up for grabs at 13. Yet both are neccessities at some point in your week and you will inevitably be splashing that cash in one booze-fuelled moment of recklessness. You and your bank account have my pity. 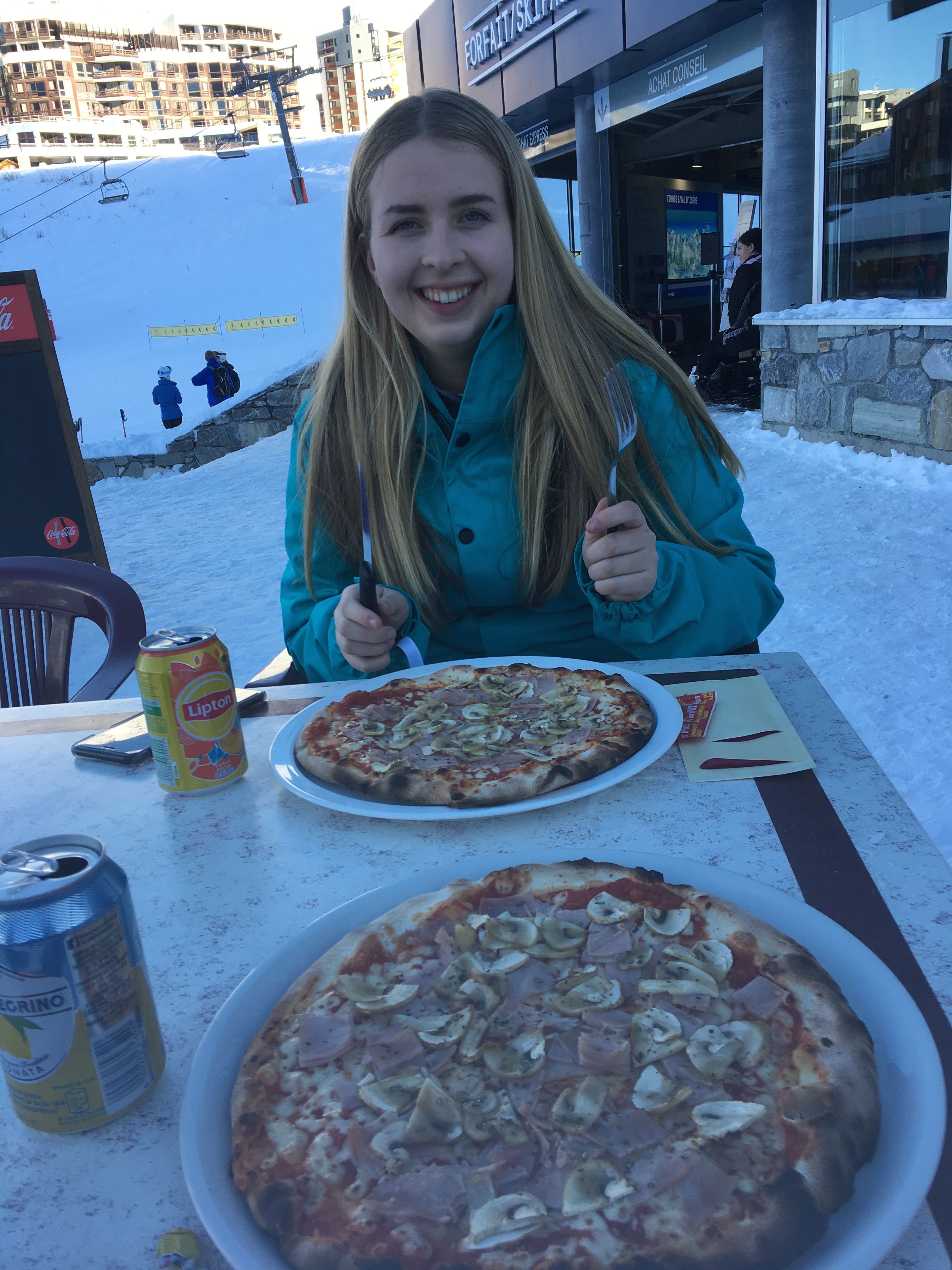 Whether you are constantly avoiding your rep following a smattering of creepy texts (yes they all had our numbers), bringing them to pre's or inviting them to dinner, they ultimately made the week happen. Although your stumble back to your room through the lobby of onlooking lurking reps at hideously early hours in the morning may be awkward, they are a pretty good bunch. Also, shoutout to them for extending the bus service even if it did stop at 3.

Did you queue for 45 minutes to get into a packed gymnasium to be served a curious blue concoction tasting curiously of ski-socks with an ever-so faint hit of cheap booze? Me too! That aside, it was very good fun, so long as you didn't peak before 12… 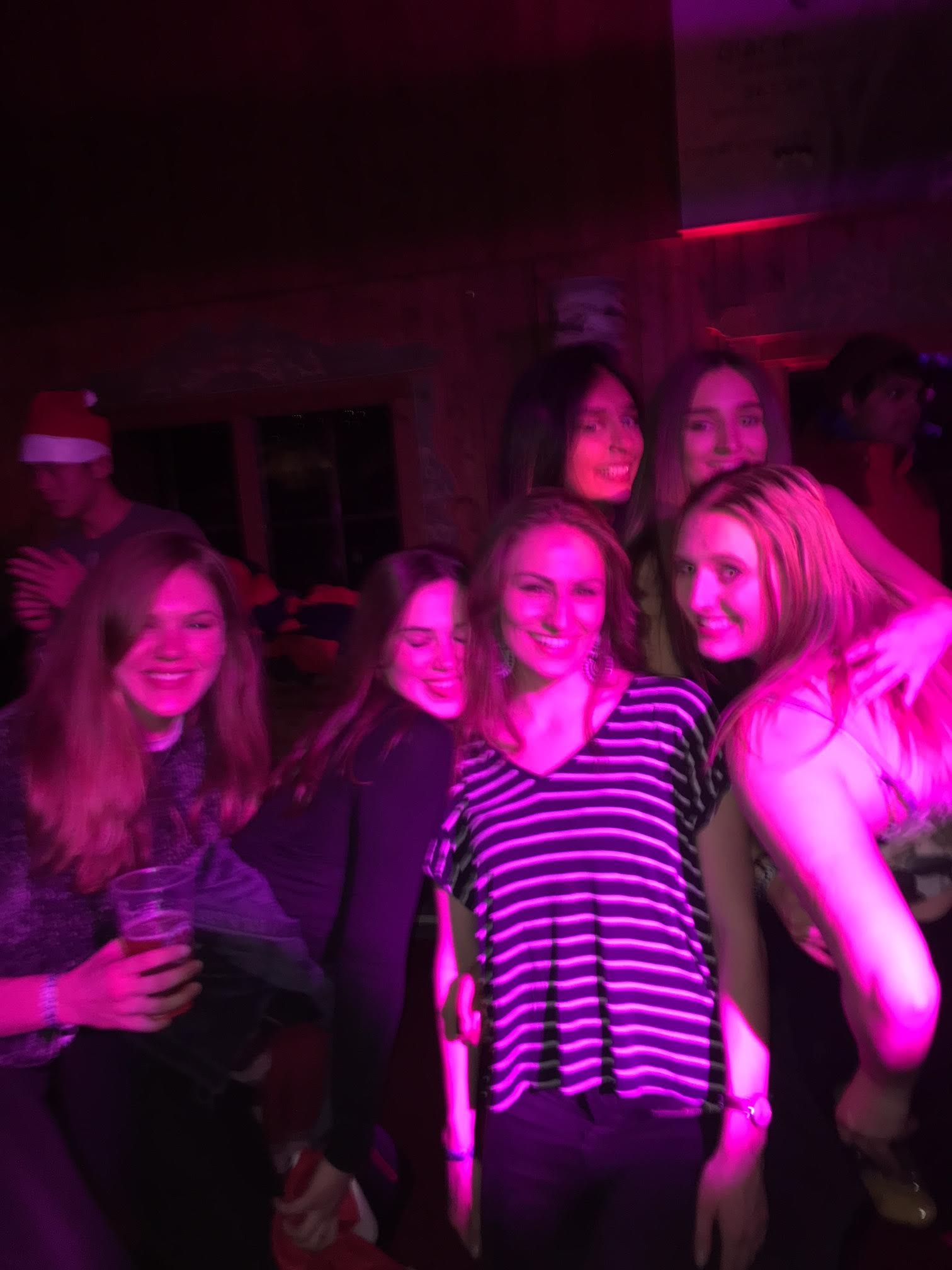 You will eat it by the bucket load. Yes, whilst the multitude of shops and restaurants near you hotel are tempting, when you see the prices you will soon discover that a 5 euro bag of carby goodness is probably your best bet. 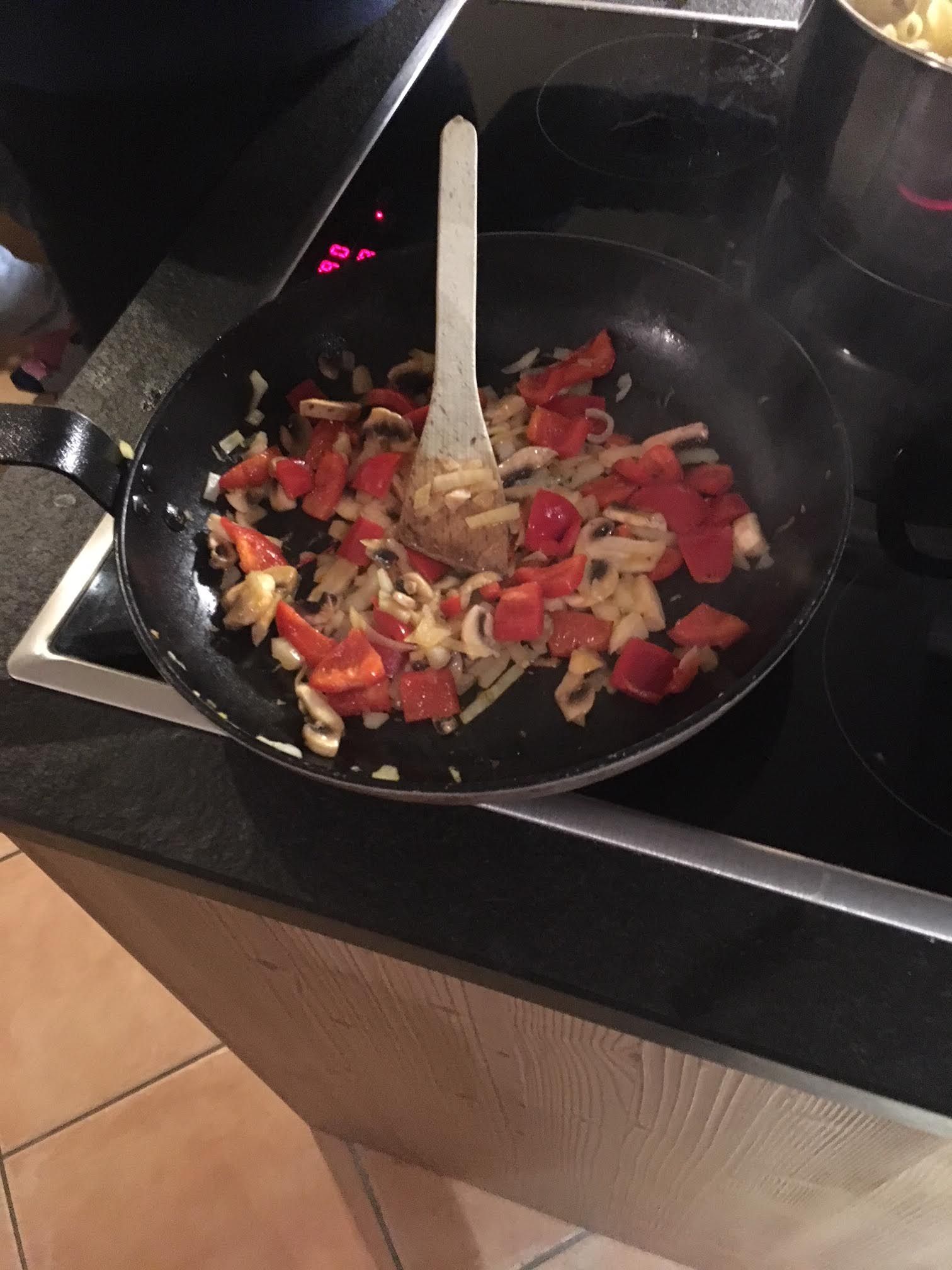 No, just because you put veg in the pasta doesn't make it gourmet

Queues to pick up your skis, queues for Final Night Party, the bus, need I say more. There were 3000+ of us after all, I just felt sorry for the odd family trying to enjoy their ski-holiday amidst the chaos.

So much snow. If you're anything like me and got excited even at the first glimpse of powder getting out the camera to snap some Insta's, let alone at the Alpine wonderland we were treated to on arrival, you will soon be slightly sick of it after falling so many times you soon have snow where no one should ever have it. 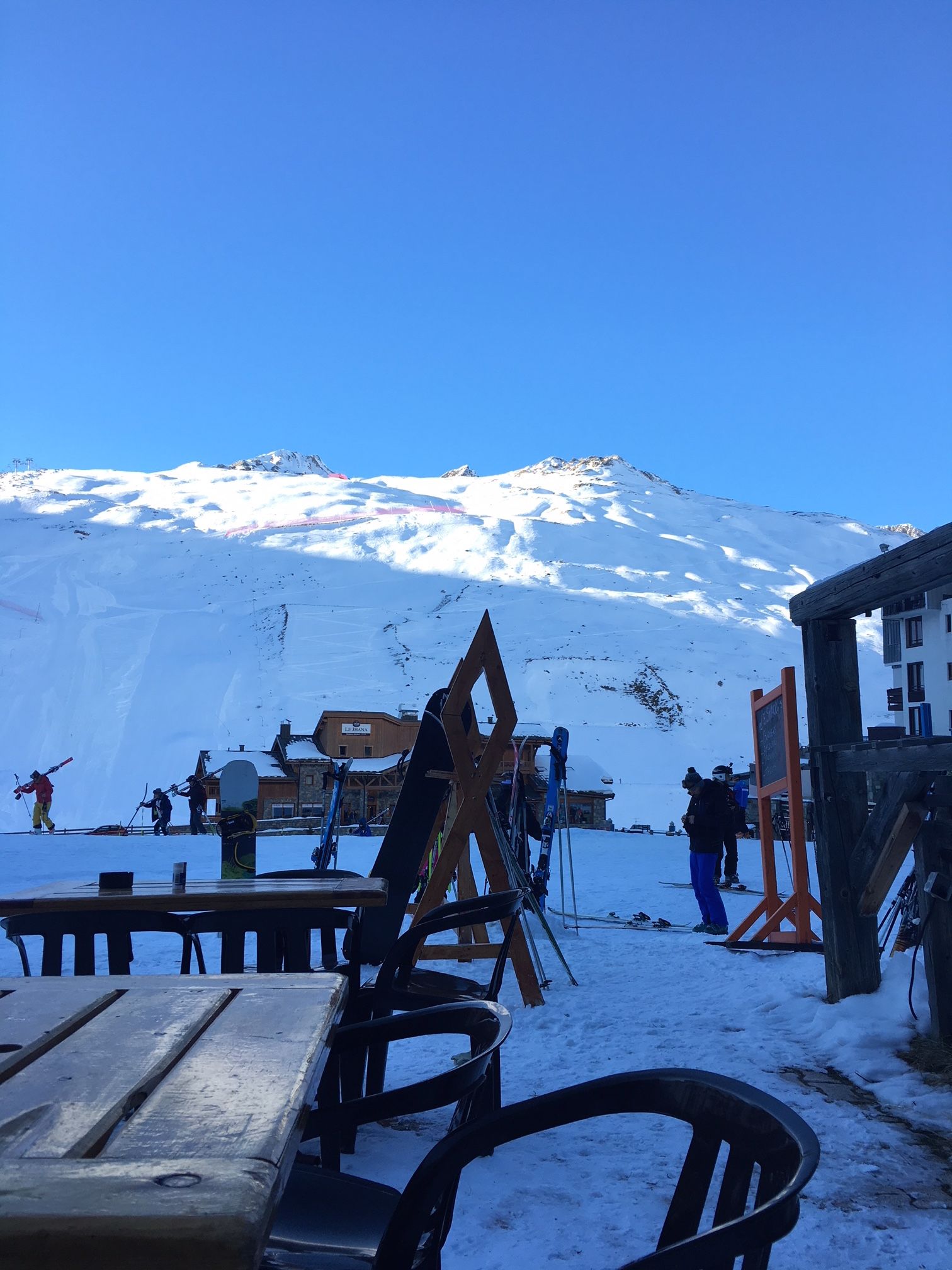 Sure beats the usual view out of my room/lib window

Take so many photos

Have you used the Varsity snapchat filter yet? Have you sent your snaps to your family group chat? Would your Instagram followers overlook yet another Insta story of the alps or your pals smiling at the camera on the slopes? No, no they wouldn't. Remind all those poor souls at other uni's that despite the hell we were dragged through in Michaelmas term, we have emerged on the other side on the slopes for the week of a lifetime.

Use as much of your own alcohol as possible

Got one of those humungous bottles of vodka? Chuck it in a bottle, bring it to pre's, bring it to apres, bring it on the slopes (maybe don't do this…) 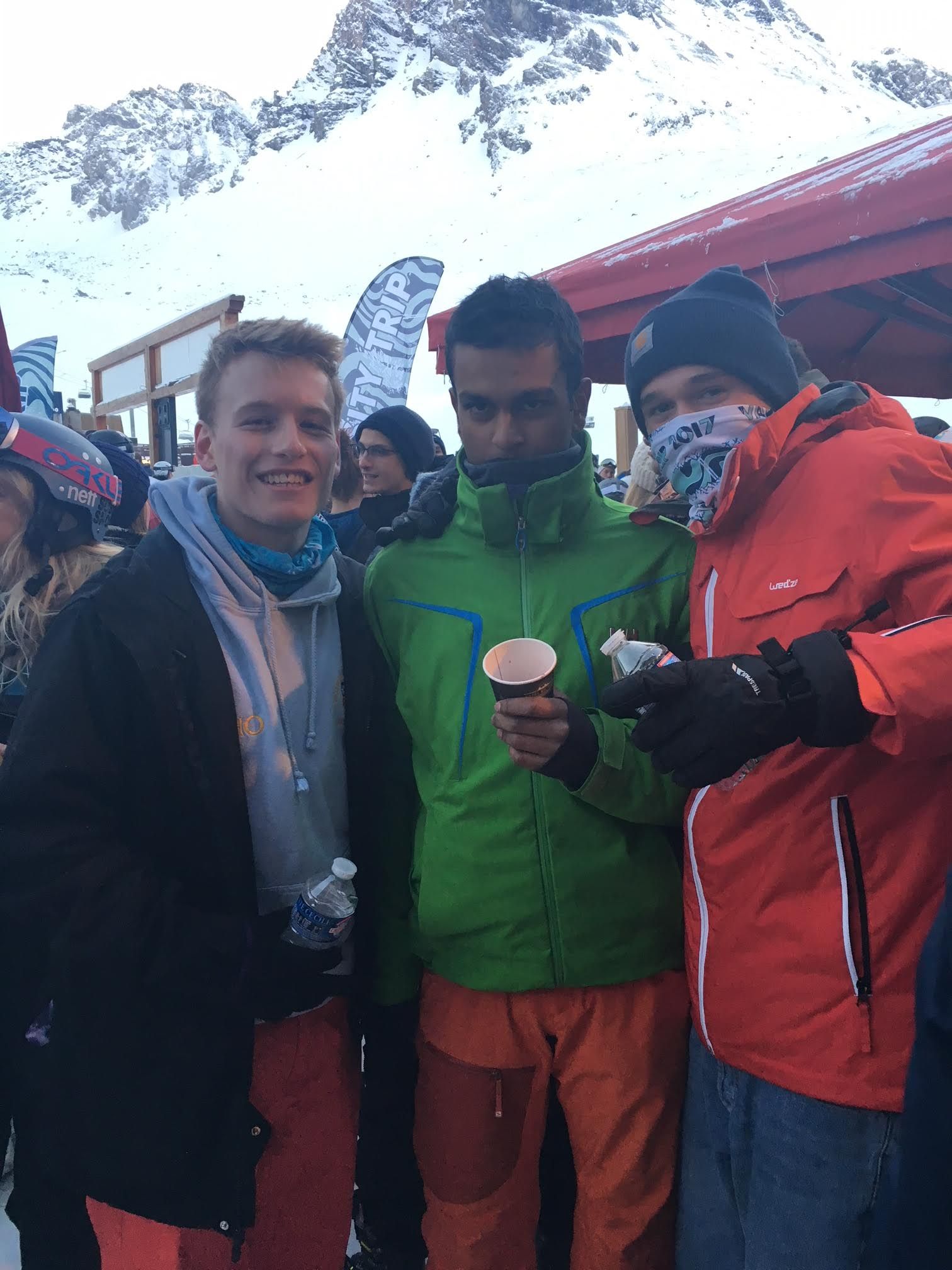 Val D'Isere, if you're good enough to get over there, do

However, if you prefer the safety of green-runs, and being able to drink more vin-chauds than your tolerance probably allows without the pressure of protecting yourself and your ski-gear, there's still Var-City for you.

What was with the bus timetable?

A bloody nightmare if you were stuck in Val Claret at 4am seeking to make it home to bed in Le Lac. And no, despite anything the Nuco reps told you, walking is never a good idea.

Y didn't you take the plane???

To be fair, it was pretty 'spenny. 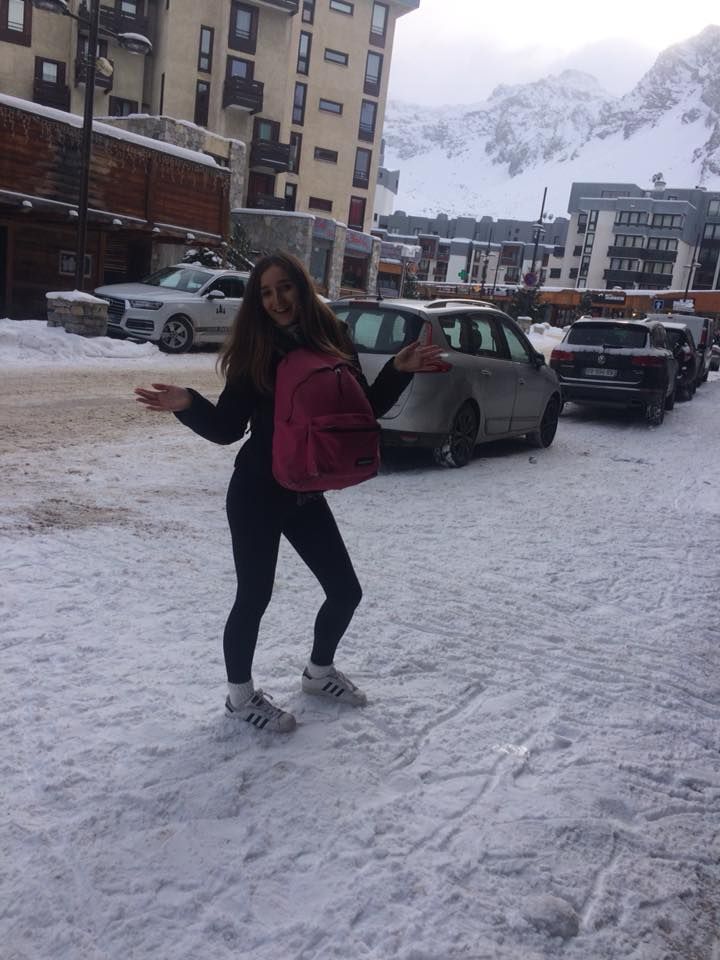 Let's not lie you probably got a grand total of 2 on the coach home. Treat yourself to a few days in bed then wake up to the reality of your holiday work pining to be back on the slopes ASAP. 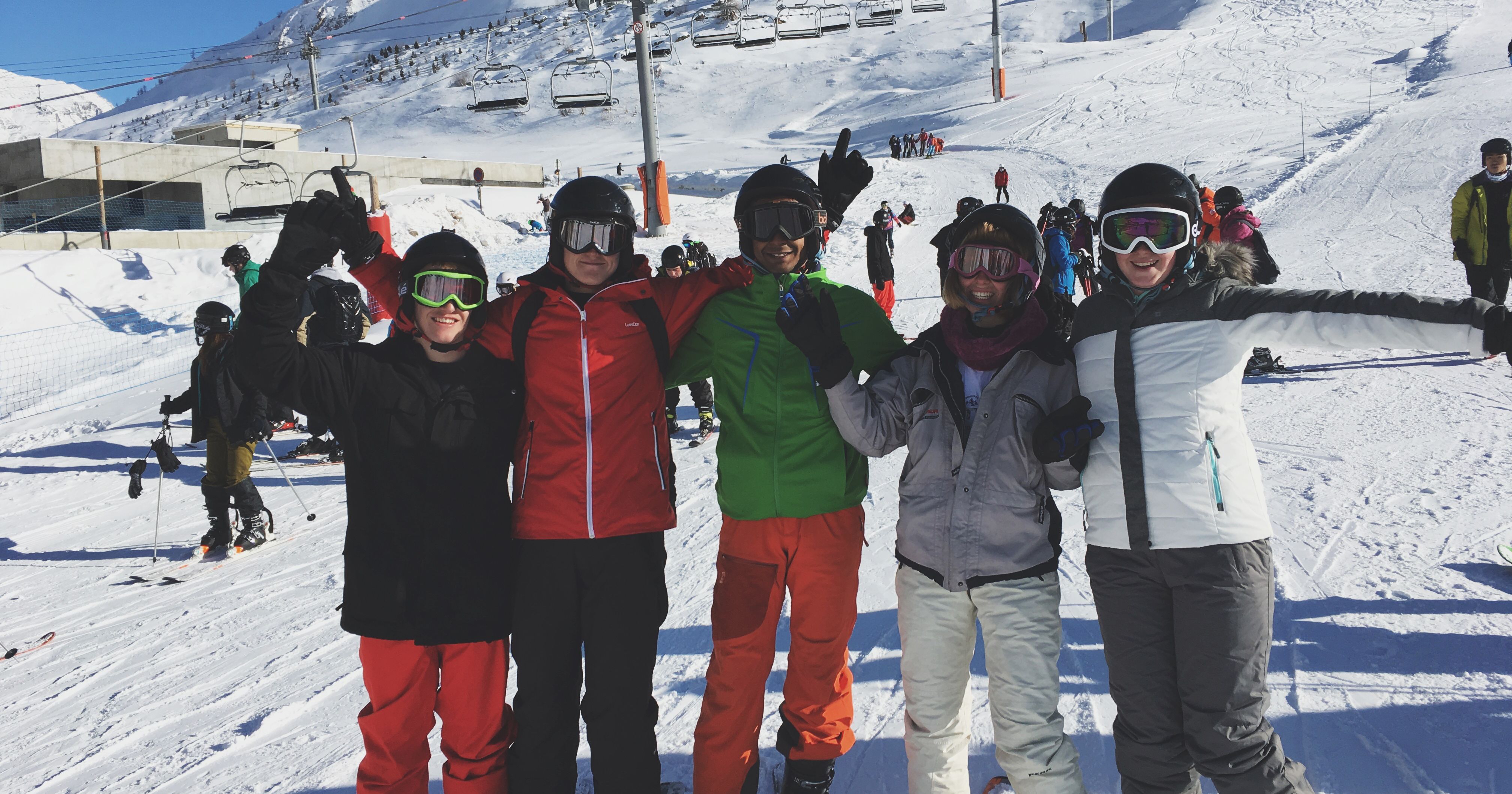