The president of CUSU’s Black and Minority Ethnic society caused controversy yesterday after tweeting, as part of a thread, ‘all white people are racist’.

The BME society president was tweeting in support of a demonstration in east London. 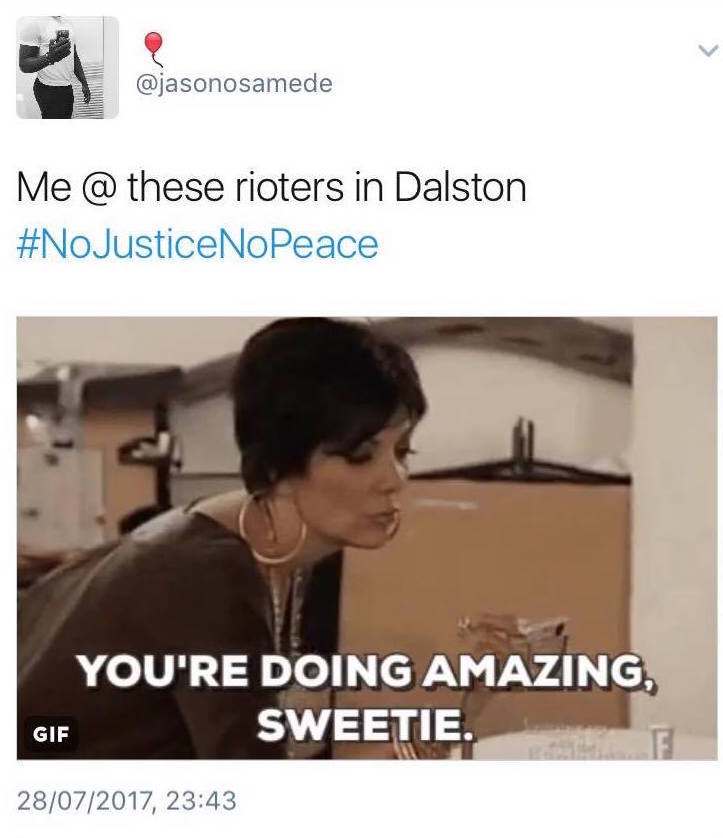 Speaking exclusively to The Tab, Jason Okundaye said: “My tweet about all white people being racist was pulled out of context and separate to my tweets in support of the Dalston protests. My tweets on white racism had been said before, in response to people acting as if racism is exclusive to working class people.”

“I stated that regardless of sexuality, class, gender or age, all white people are racist i.e. not just one type of white person. And the reference to ‘geddit’ refers to my previous tweets on how all demographics of whiteness can and should be called out for their racism and how it specifically manifests in their groups e.g. white middle-class people refusing to hire Black people killed, or white gay men stating ‘no blacks, no asians’ on dating apps such as Grindr.” 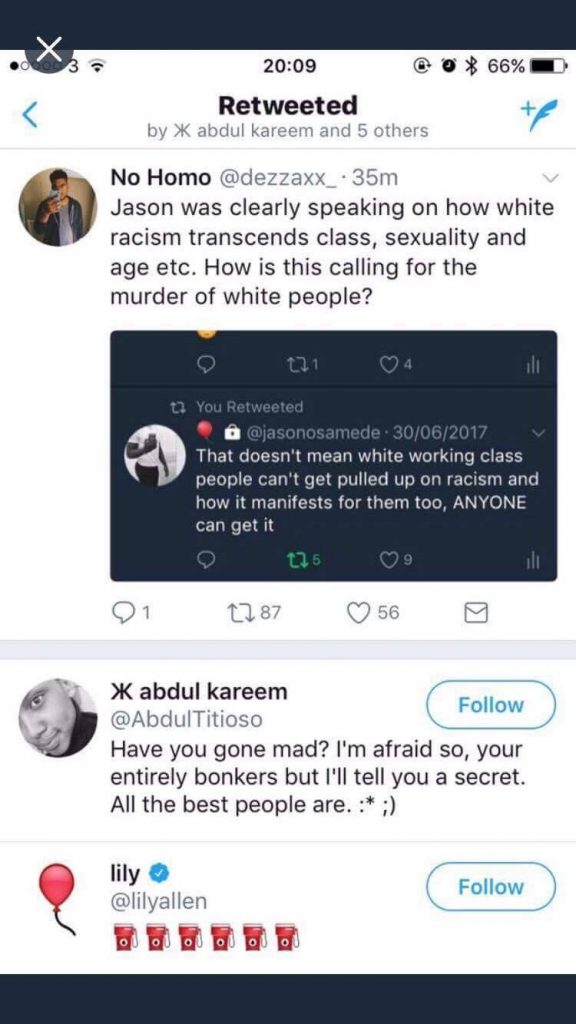 He continued: “The tweet was conflated with my separate tweets which supported the Dalston protests and my support of activism which seeks justice against police brutality.”

The demonstration was sparked by the death of Rashan Charles, a 20-year-old black man, who died in the early hours of Saturday 22nd July after having been chased and arrested by police in Dalston. The circumstances of his death are currently under investigation by the Independent Police Complaints Commission. 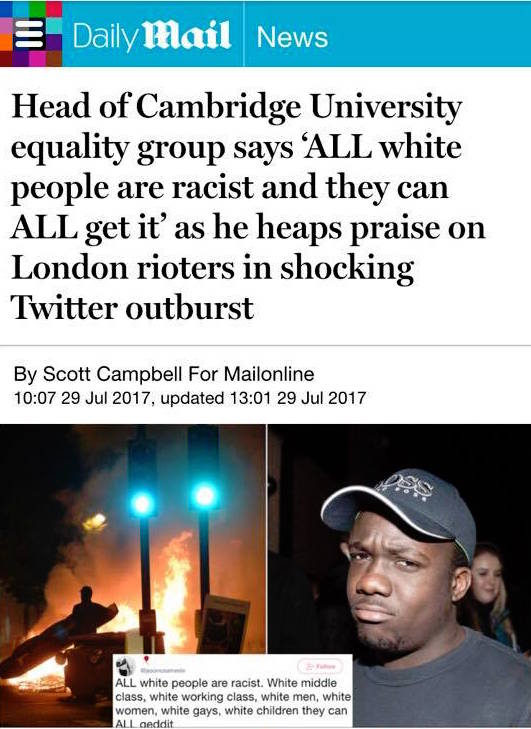 Okundaye’s tweets were picked up by Katie Hopkins, who had previously tweeted calling protesters ‘looters after some free sneakers’, seemingly attempting to connect the demonstration with immigration, using the hashtag #LondonIsOpen. The Daily Mail subsequently published an article about him, branding his tweets “shocking”, which Okundaye has called on followers to report to IPSO.

A spokesperson from Cambridge University said: “The College is looking into this matter and will respond appropriately.”