Are people seriously angry about Dr Who being female?

Apparently many can’t fathom an alien being a woman

Doctor Who has been a staple of my Saturday nights since 2005. Starting with some stellar seasons from Russell T. Davies and pushing on, even when the quality begun to drop. I have watched through thick and thin. This last season was a return to form and a fitting send off for show-runner Steven Moffat, as well as lead actor Peter Capaldi.

Jodie Whittaker has now made history by becoming the first ever female Doctor. The overall feeling is that she is incredibly accomplished and a good fit for the role. Attack the Block is on its way to cult classic and Broadchurch (also starring one time front runner Olivia Coleman) gave ITV a hugely successful program to rival the blockbusters of the BBC and even some American juggernauts. However, her casting seems to have been overshadowed by the reaction to one aspect – the fact that she is a woman.

Two future Sci-fi stars for the price of one

Upon turning your attention to the dreaded comment section on the announcement video, it becomes clear that the reaction on social media from both BBC and Doctor Who fans was split. 'Split' may be an understatement, and if you want to sample some of them I suggest you navigate Facebook and Twitter yourself until your soul is finally crushed.

The ridiculousness of being offended that a woman has been cast in a show about a time-travelling alien visiting distant planets and historical figures should be clear. Not to mention that nowhere in the show's lore has ever stated or suggested that 'Time Ladies' are not a thing. The only objections to it exists in our own, non-fictional world. 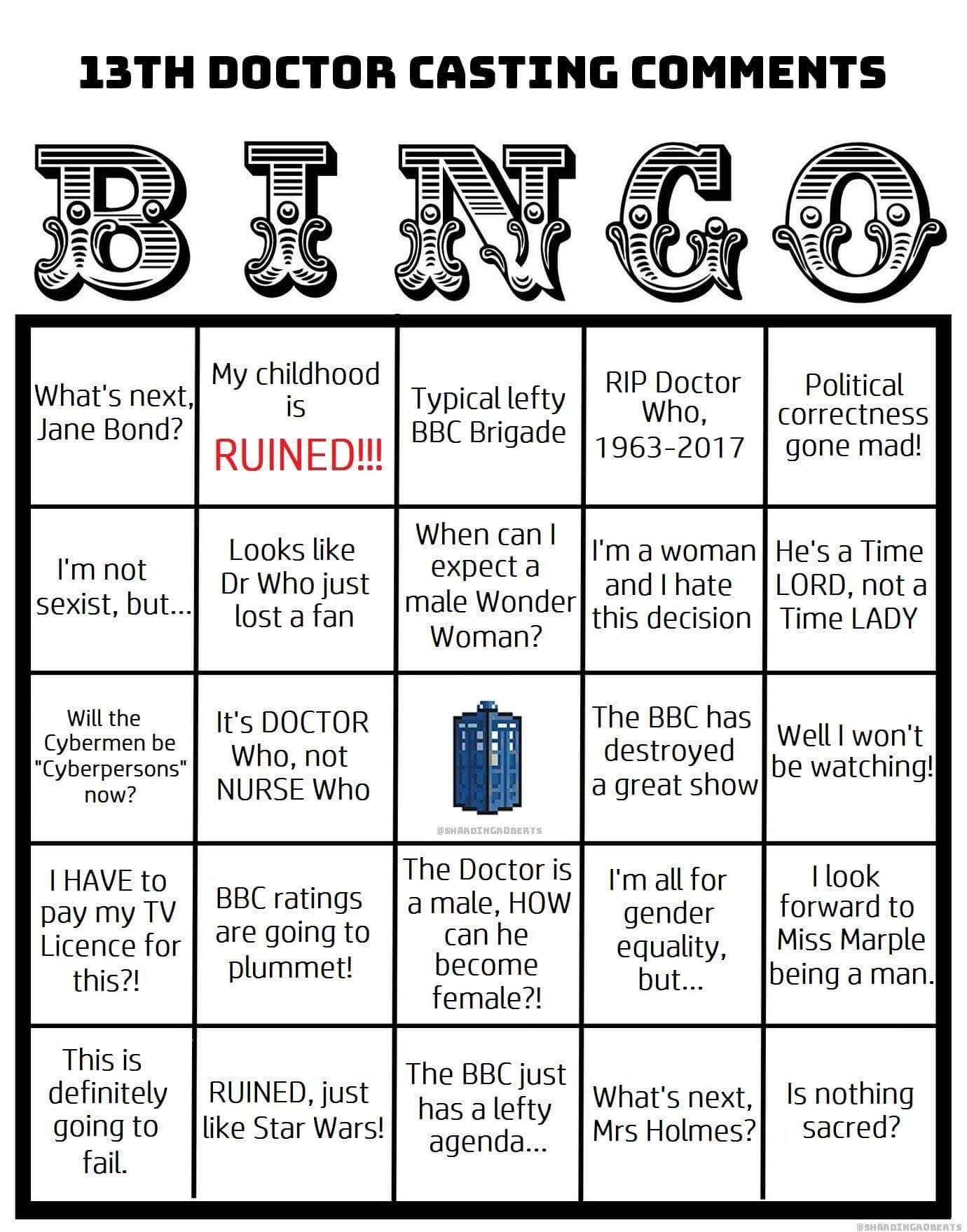 The greatest disappointment, above and beyond the misogynistic abuse being slung at a very talented actor, is that many of us knew that this abuse was coming. Hints of a female Doctor have been dropped at an increasing rate, starting with the iconic reveal that the mysterious woman meeting the Series 8’s dead was, in fact, the Doctor's ultimate foil: The Master. Since then, there has been the on-screen regeneration of a Time Lord into a Time Lady and (maybe the most obvious of all) the scene shown below. 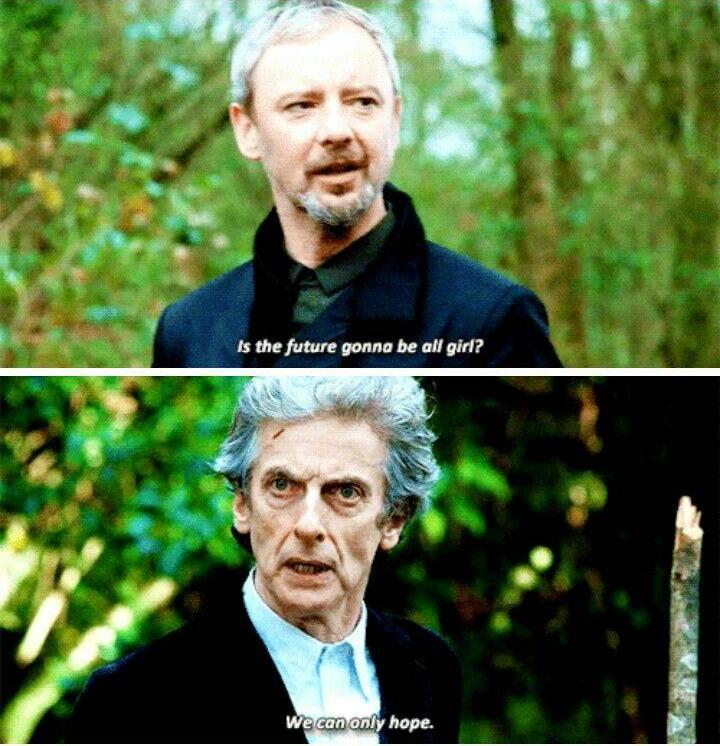 Only fools would doubt

A female Doctor was always coming. Everyone knew it, even if some refused to believe or accept it. The slow build-up of mildly misogynistic comments and posts gave way to the explosion seen online. It was no surprise that some of the comments were so anti-Whittaker, with many fans declaring they would no longer watch the show.

It appears that even the BBC did what it could to avoid over-stressing the announcement. Compared to the hour-long special which introduced Capladi, full of interviews, analysis and celebration, Whittaker was granted a 60 second trailer. They knew this backlash was coming, and while I applaud their defiance for the casting, more could be done to give Whittaker the voice on TV she deserves and which was afforded to her predecessor.

It is ludicrous that we live in a society which has already judged an actor simply due to her gender, and that these comments were so predictable. In a show renowned for its speeches about the fruitlessness of war and the value of every single human life, that a part of a fandom can turn its back and ignore the messages of hope and peace is even more damning.

This is no run-of-the mill sci-fi, but a show which has pushed the boundaries of social acceptance perhaps more than any other in family television. Captain Jack Harkness's kiss with the Doctor cemented this, and other Russell T. Davies ventures, such as Torchwood, promoted the LGBT+ agenda even further. Doctor Who has become so much more than a high octane space adventure.

At its best, it speaks to the heart of every viewer to remind them this world we live in still needs a hero to save it. Watch the new season, and prove the bigots wrong.

A short list of short stories for busy Cambridge life