They thought she was an imposter, but she was the real deal

In a bizarre sequence of events, the Cambridge Union escorted the real Miss Hong Kong out of the Spring Ball, with rumours flying that she was an imposter.

A Hong Kong television crew arranged a series of visits to the Union a few weeks ago, allegedly to document events at the 200 year old society. The only event they turned up at was the Union’s Spring Ball last night. Up until this point, the Tab understands that the attendance of Miss Hong Kong had not been disclosed, nor had the size of her crew.

A ball-goer said: “I asked one of the film crew guys who wasn’t carrying a camera what was going on. He said she was Miss Hong Kong and had been to Newnham, so they were taking a video. She seemed nice, but not very talkative.” When the Tab asked for a chance to interview her, we were quickly dismissed by her abrasive team. 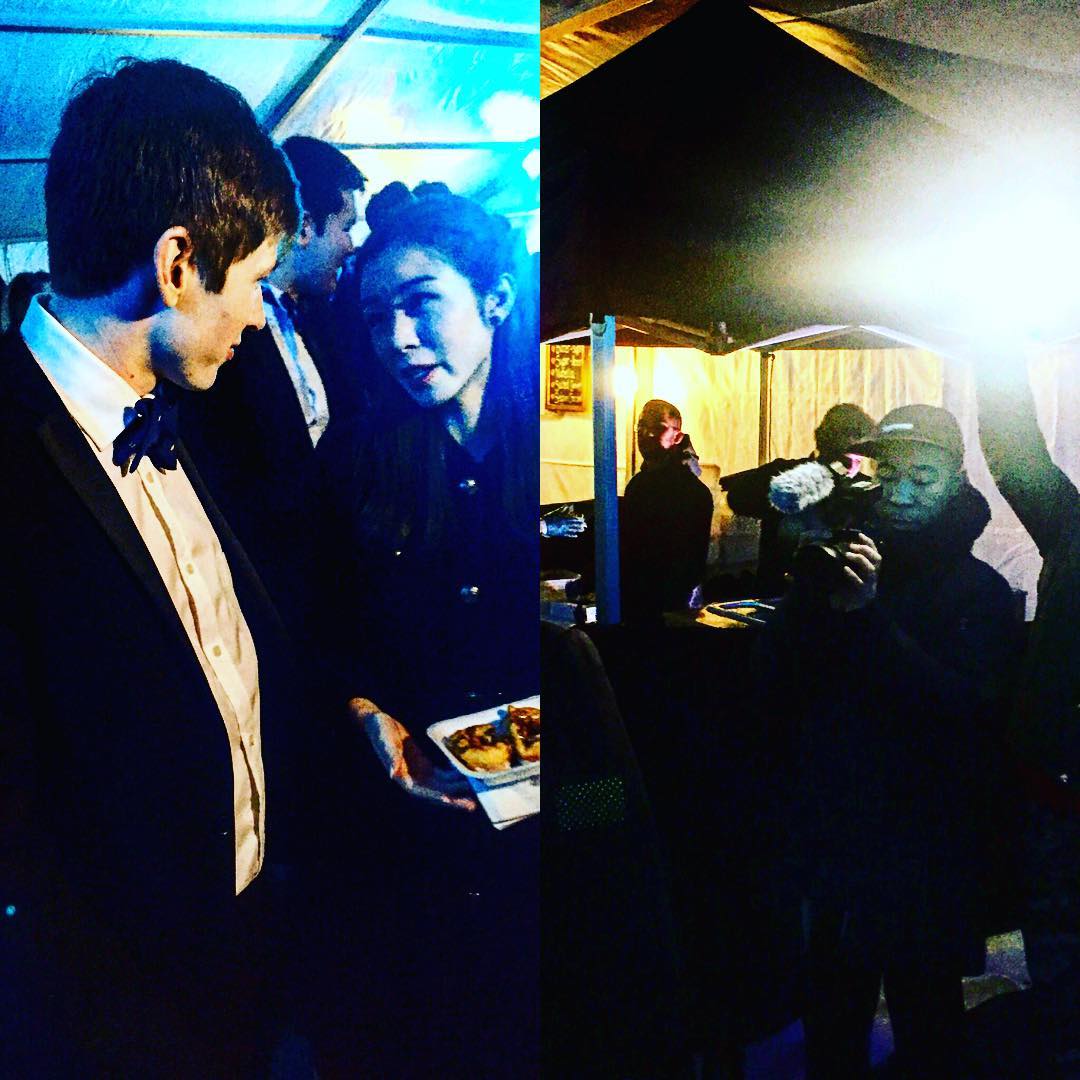 The ball-goer added: “While they were getting arepas, my friend Evan tried to cut in on the video when James Hutt [pictured here in the bow tie] was being interviewed. I hope James rightly told him to get lost, but Evan still got screen time. The arepas were good, but less tasty than the Mac’n’Cheese and the Paella.”

The pageant star was followed around by two large cameras, professional lighting, and a production crew.

Her team quickly stirred attention, with outgoing Union President James Hutt rushing to meet the night’s star guest in front of the cameras. 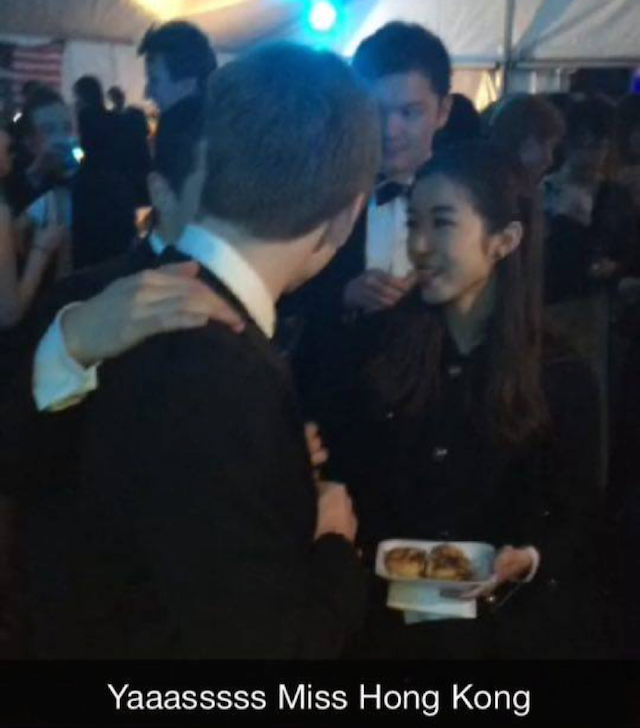 When the President met the Pageant Queen

However relations quickly soured when reports came in of her teams’ attempts to take advantage of the free alcohol, despite only being permitted workers’ wristbands by the Spring Ball Director, which allowed them food only.

Suspicion grew further when rumours began to spread that she was actually an imposter and not Miss Hong Kong. One member of the ball was heard saying the “actual Miss Hong Kong has much better teeth.”

The group was hurriedly escorted into the office and failed to present press passes when questioned. Hutt confirms that “the crew weren’t able to produce press accreditation on request.” (For context, The Tab asked for press passes but were told the Union was following the Cambridge May Balls Committee’s blanket ban on review tickets. So much for a blanket ban, then.) 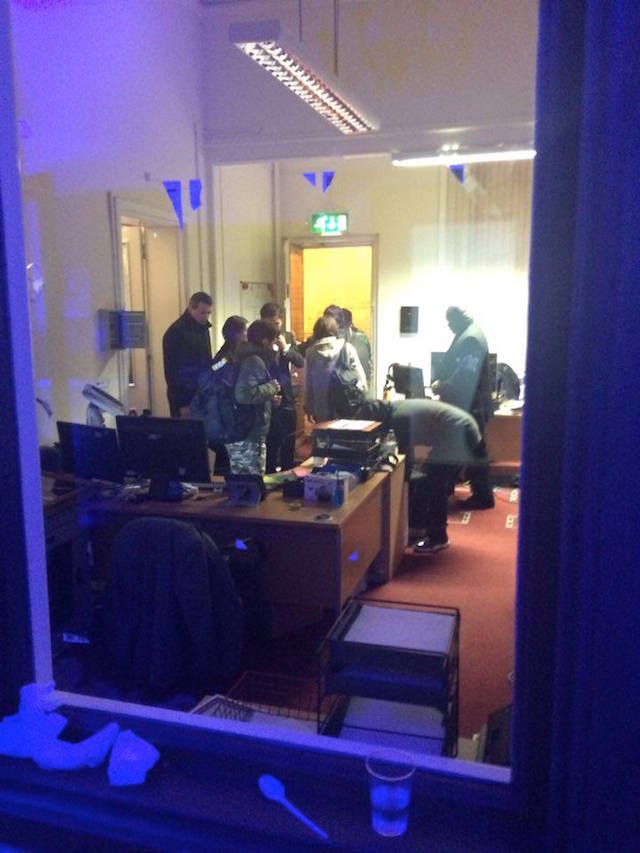 Having a ball amirite

Apparently one of them even showed a Cam Card as valid identification. After what looked like tense and uncomfortable discussion, security were summoned to escort the entourage out, using the side entrance.

The pseudo-scandal of “a Miss Hong impersonator crashing the Union spring ball” was a hilarious rumour that continued to circulate, until it became apparent that she was in fact the real deal. 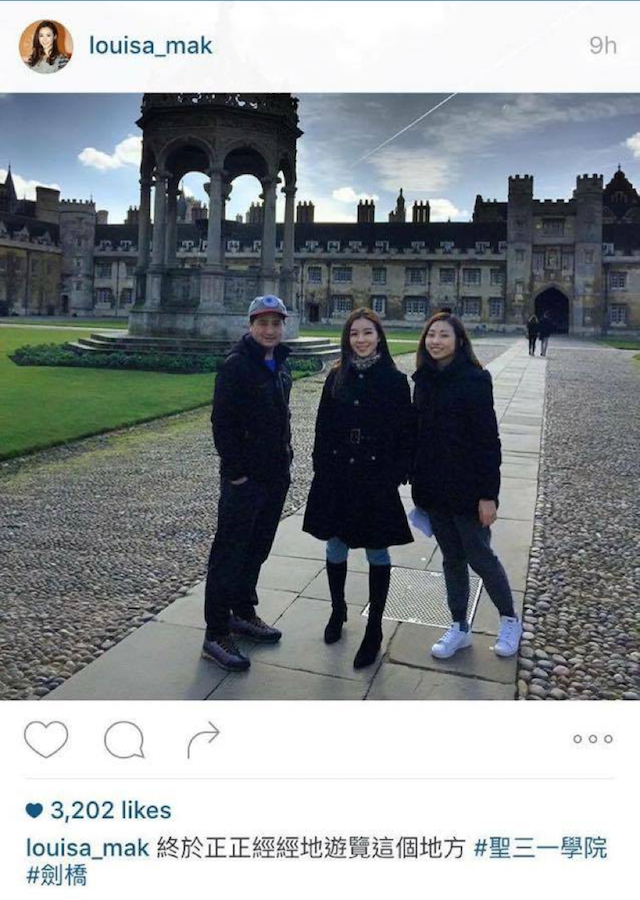