Balls at Cambridge: The sweetest of babes

Balls in the flesh is actually pretty lovely.

Labour’s Ed Balls – the man hoping to control Britian’s finances in 83 days’ time – was on a charm offensive in typical Labour heartland, John’s.

He dazzled the group with piercing, disarming blue eyes. Like Hitler – but nicer.

Student politicos munched on Labour-bought Domino’s and sat back as he dodged questions charmingly. It was pretty jokes.

Isobel Cockerell asked: “As someone who also has a phallic name, what would your advice be to young people wanting to go into politics with such a curse?” 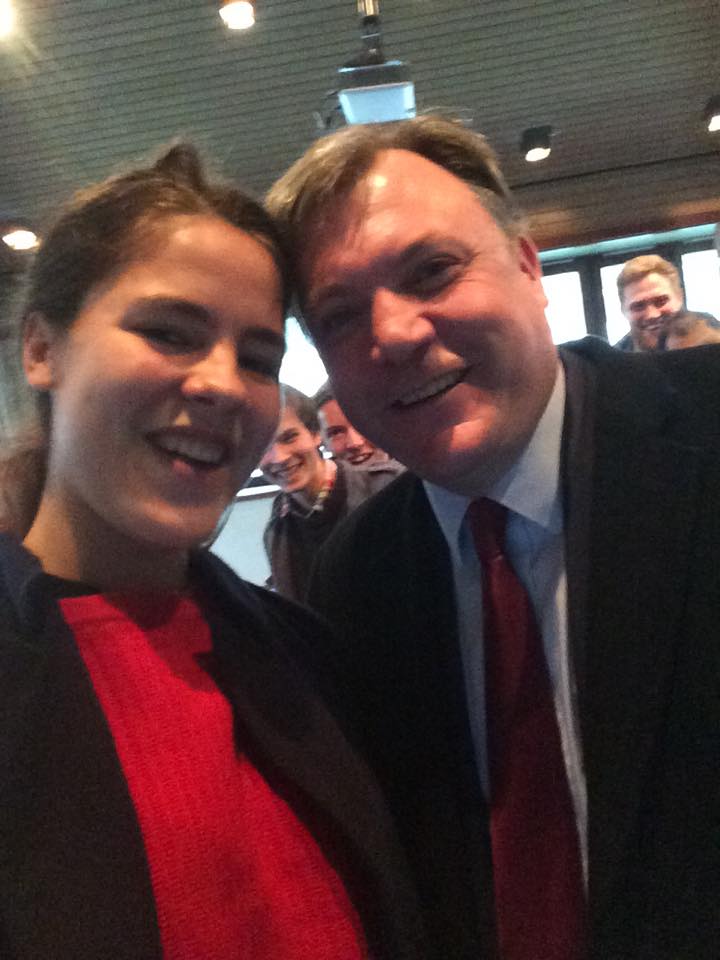 HE IS RELATABLE BECAUSE HE TAKES SELFIES

Balls, like many of his political contemporaries, read PPE at Oxford. When asked whether he thought he had enough experience of the world outside the privileged Oxbridge clique (he met his wife and Shadow Home Secretary Yvette Cooper of Balliol College at uni), he pointed to how much things had changed. 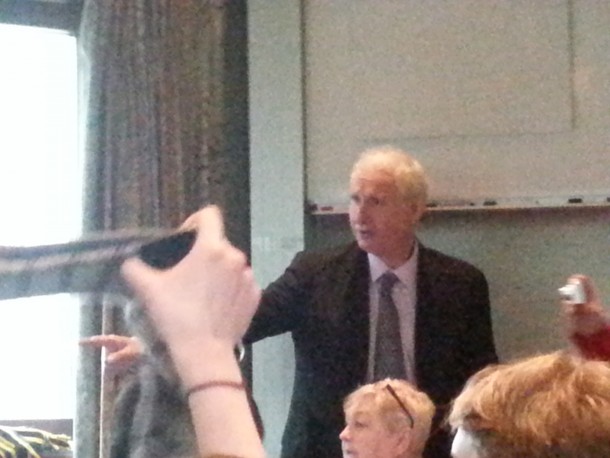 “The House of Commons is actually far less privileged than it was 20 or 30 years ago[…] On the Labour benches, there are are more people of colour[…] David Cameron and I both went to Oxford and both did PPE, um, but, er, the similarities end there. There are no Baronets in my background.”

Balls was also part of an exclusive drinking society (the founding member actually) called The Steamers, where he dressed as a German WWII army officer.

Labour supporters were left cringing in fits of giggles as Labour’s Mayor of Cambridge, Gerri Bird, asked about cuts to Student Disability Benefit. Balls didn’t seem to have a clue and Labour’s Cambridge parliamentary candidate Daniel Zeichner proved he’s a born politician: “We’ve been saying we want to have a look at it and see what we can do with it.” 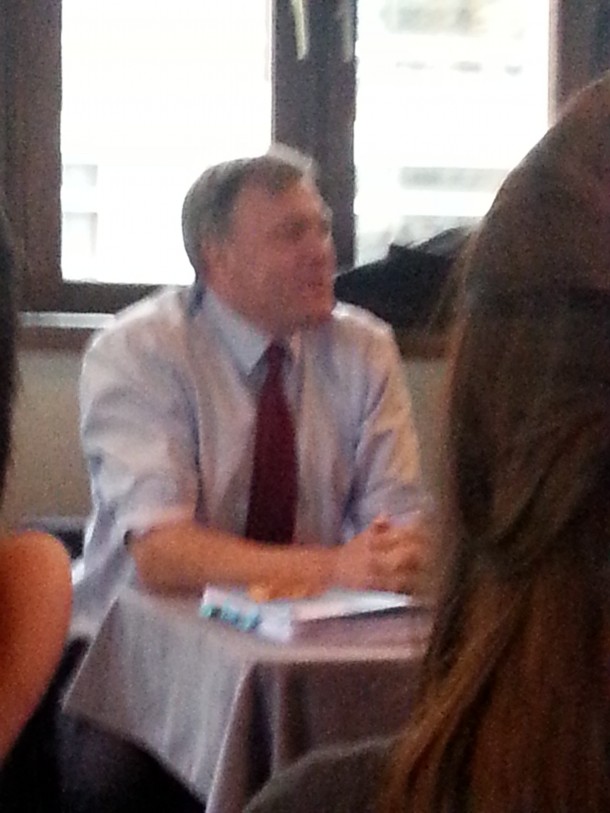 Balls wouldn’t give details on student finance policy either – but his summary of Labour’s “background thinking” led one avid Labour supporter to say: “I’ll bet you a tenner they’ll announce they want to get rid of fees and have grad tax instead.”

TCS asked him about the EU (he’s pro, but wants it to be better). Varsity asked him about something else. Balls opened up on his wish for a lower cap for party donations, his mantra of “growth in wages, fairness in tax and sensible spending cuts,” and his plans for the north.

Enough of the serious stuff though: the Domino’s was divine, everyone left fully charmed and the selfies are raking in the Facebook likes.

Balls credentials as Charmer of the Exchequer are completely in tact.