Freshers will be given sexual consent workshops

Freshers week is changing, as wide-eyed newbies must now rock up to sexual consent workshops.

Half hour sessions, masterminded by CUSU Women’s Campaign, aim to bring some clarity to blurred lines around the issue of consent.

CUSU Women’s Campaign Officer, Amelia Horgan, explains more: “With these consent workshops we want to send out a clear message that sexual violence should not be tolerated in our community.

“We want to combat the myths and lies around rape and assault and remind those who’ve experienced sexual violence that it is never their fault. 34% of people believe a victim of sexual violence to be partially or totally responsible if they had behaved in a ‘flirtatious manner.’”

She stresses that “incoming students who feel they might find the workshops difficult, upsetting or triggering should most definitely prioritise their own safety in choosing whether to attend.”

This follows hot on the heels of last term’s shocking survey. At the time, workshop plans received a lukewarm response.

This year’s freshers are more open, though. Incoming Music student Gabriella Mors summarises the views of many freshers who spoke to The Tab: “It’s essential, because everyone needs to be reminded that consent is not trivial. In fact, it’s absolute. Unless the answer is yes, then it’s no.

“Labouring the point can in fact weaken the meaning, so the workshop needn’t be long, but it is fundamentally right that it is there.”

But not all colleges are taking part. Downing JCR’s Women’s Officer, Sophia Phillips told The Tab her college turned down the workshops because they already delivered a “sexual health and consent talk”. 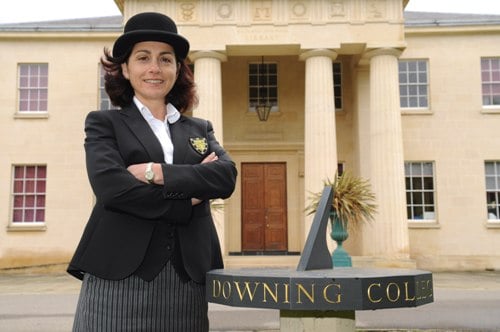 Downing has not consented to the workshops

JCRs which haven’t taken the opportunity perhaps share fresher Savannah Adeniyan’s view: “Even as a woman, I honestly do think [the workshops] are very patronising and unnecessary.”

Benjamin Taylor, a Christ’s HSPS fresher, got in early with some CUSU-bashing: “I think it’s a sign that this CUSU, which I’ve heard a lot about already, is in the pockets of the feminist agenda.

“In a nutshell, I think it’s sad that student unions feel they have the right to comment on something like how important consent is, which is something men are constantly being unjustifiably lectured on.

“Workshops like these are just an excuse to further emasculate male students before they’ve even experienced the real world.”

Will these workshops really emasculate guys?! Or don’t they go far enough? Let us know in the comments below.