I went to China last summer as part of one of these Cambridge teaching programmes. I went travelling after and that was amazing, but my time at the school in Beijing will stay with me forever. During the day we were engaged in teaching kids ranging in age from 5 to 19, but by night and on the weekends we would take the 45 minute bus into the capital to explore the centre of the biggest city in the world.

It has to be said we stuck pretty much to the tourist track: karaoke, bubble tea, hotpot, Summer Palace, Forbidden City, Temple of Heavenly Peace. We went clubbing in Beijing’s hot spots, the tourist district Woudouko, and Sanlitun – a collection of upmarket megaclubs surrounding the worker’s stadium.

One night as the clubs shut up, we got taxis to Tiananmen Square to see the sunrise. Someone had high-heeled my friend’s little toe and someone had lost their mobile phone but we made it to the square as the sun rose.

We weren’t alone in the square. Thousands of Chinese tourists had streamed off coaches and crammed through an airport style security at the entrance with us. Now they clustered around the flagpole to see the procession of soldiers march out from the Forbidden City and raise that other star-spangled banner. 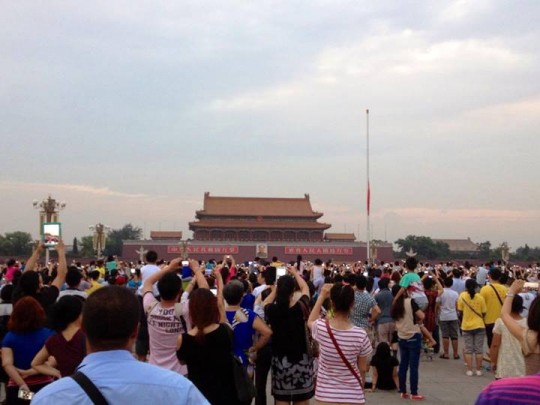 At the school we were teaching at, most of the students were between 5 and 15 but there were a few older classes ranging from 16-19. One of the best things we got to do there was arrange debating sessions with the older classes.

At first we were tentative of supervision and presented simple debates: which is better, football or basketball? England or China? The sorts of things we thought were acceptable. But as we got further into our time, we started pushing the boat out more and more. We got our students to debate about the one-child policy, the pressures of the Chinese education system and the nature of the state.

The sorts of conversations that came out of these lessons taught me a lot more about China than any of my travelling after. A lot of the students were outspoken and I was amazed to hear people recognise (some of) the flaws of Mao and the Chinese state, and the strain a lot of people felt the one-child policy put on their parent’s expectations for them.

In one debating lesson, my friend brought up the Tiananmen Square massacre as an example of the atrocities of authoritarian government. When we were met with blank stares, I thought we had finally crossed the line, but closer enquiry suggested something maybe darker. 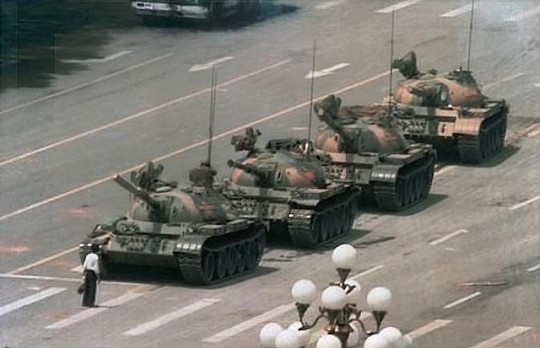 Censorship laws in China have blocked everything from Facebook to Twitter, and I was aware that Google had been filtered at the top. But I had friends who lived in China and people I met travelling, and all of them showed me the ways round these strictures as if it were second nature to most nationals.

But it wasn’t that my students didn’t know the details about Tiananmen square. It was that they hadn’t even heard about it.

‘Collective amnesia’, is the process whereby history is systematically forgotten for political or social endeavour. We saw it in Stalinist Russia and we’ve seen it recently in North Korea. God knows how much of it we haven’t seen; how much of history has been wiped from the files.

This is what’s happening in China. People don’t talk about Tiananmen Square out of fear, but as they keep quiet to avoid repercussions, their children will never get the opportunity to know.

After the debate, one girl pinned us down. “I know about 4/5 [the date of the massacre],” she said. “A relative of mine died there. We don’t talk about it. When someone in your family died that day, we say they died in a car crash or an accident”. 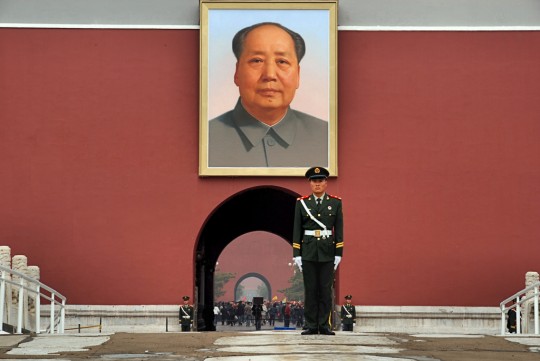 Entrance to the Forbidden City

As I watched the flag rise in time with the sun, and the thousands of people assembled in that square, I thought about this. Memory is important, it makes us who we are; so when that memory disappears what becomes of you?

When we reflect on the events that happened 25 years ago, we will be reflecting on a memory that is being slowly removed from the consciousness of a nation. In Tiananmen Square, the government has figuratively and literally washed over the landscape, replacing a symbol of democracy with a symbol of authoritarianism.