Fashion: Opiate of the People

Make way for the Club Kids!

Term is in full swing, and with essays, practicals, and general academic humdrum piling up, never was there more need for hardcore escapism. This week we look to a small subculture of the late 80s/early 90s for our fashion fix: the Club Kids. It’s a world with no boundaries and intense hedonism, where the lucky few admitted to the club achieved stardom with the remuneration to match.

Their job was simple, to party and – in their own words – look fabulous, which attracted hordes of party-goers to the new it-clubs. Michael Alig, “the original” Club Kid, created the scene and famously convinced many to drink among other things his own urine and vomit (yucky!).

One of the best things about the Club Kids were their forbidden parties, known as outlaw parties. Think of a flashmob, but on speed. They would rally hundreds of people, choose their location, and no matter what the time of day, the party was on. Even corporate America could not escape the whim of the Club Kids. Parties were held in the middle of the day in places including McDonald’s and even the New York subway, the highlight of the party often being the arrival of the police.

This week we at Tab Fashion decided to throw our own outlaw party. We snorted a hearty dosage of risk and broke into the kitchen of the Wolfson Canteen (by broke in, we obviously mean asked the porters). It’s time to embrace colour, show some flesh and lace it with a layer of creepy.

And finally, in the words of former Club Kid James St. James: “If you’ve got a hunchback, honey, just throw some glitter on it and go dancing!”

Please note we are in no way advocating drug usage. In fact this is what a close relative of one of the editors here at Tab Fashion had to say about drugs.

For more information on the Club Kids, check out ’The Shockumentary’ or the Macaulay Culkin film ’Party Monster’. Oh, and don’t forget to watch the video by our very own Club Kid, Hunter Allen, who crashed our party to give you guys a little backstage glimpse. 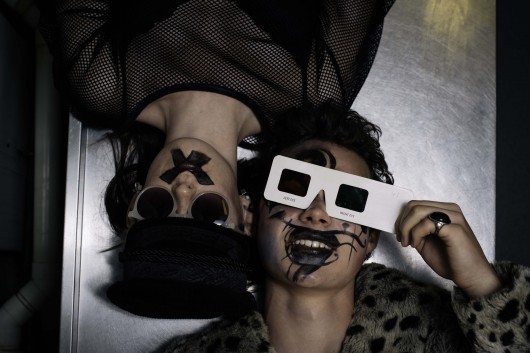 Danni and Freddie are wearing: Vintage 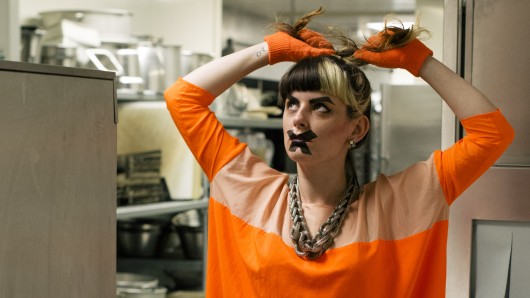 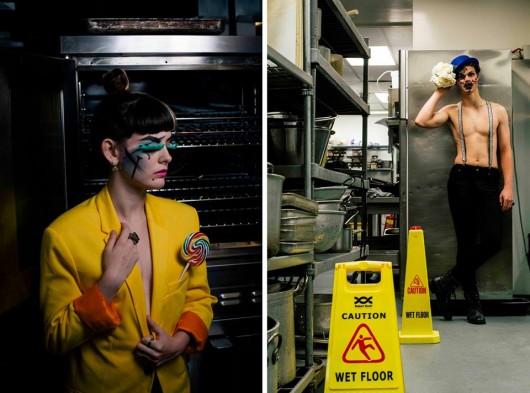 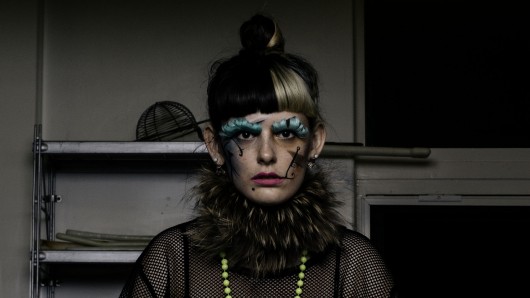 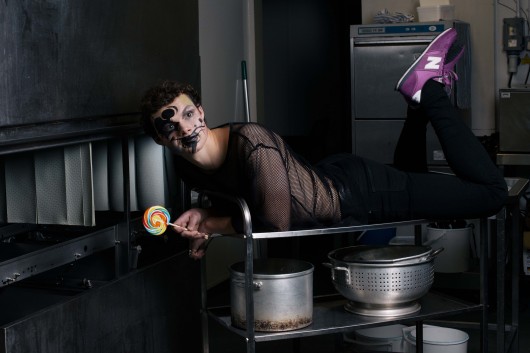 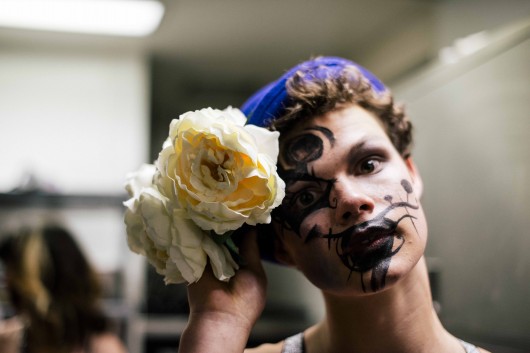 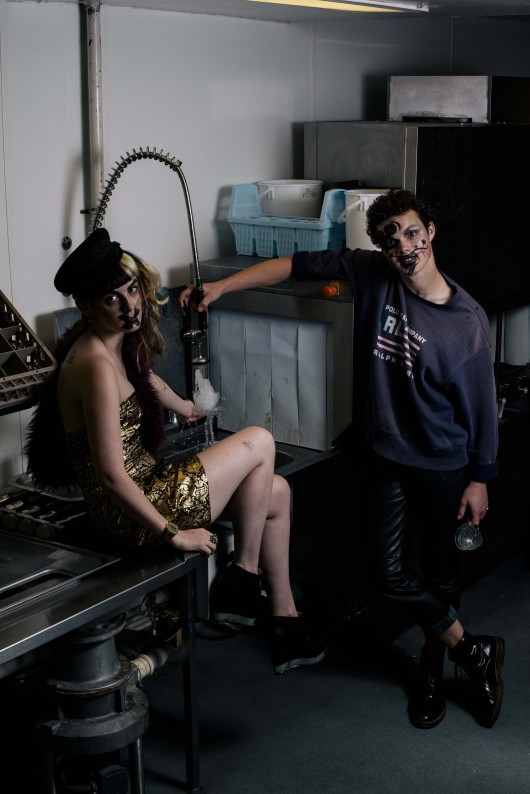 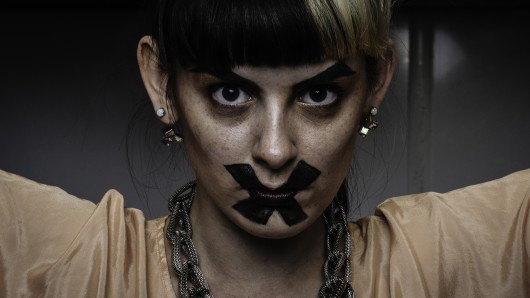 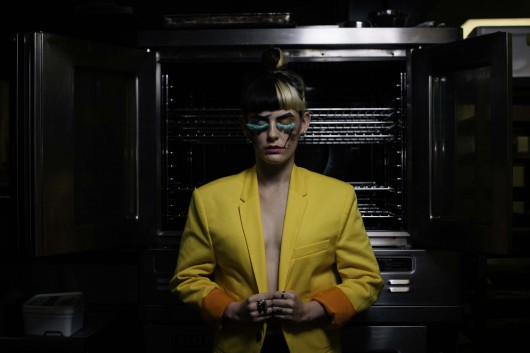 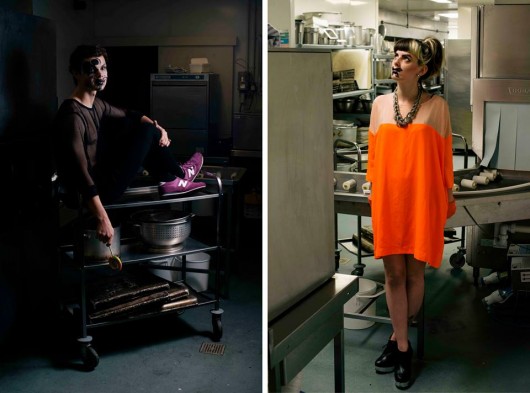 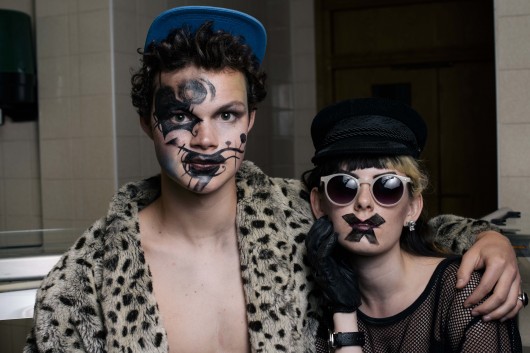 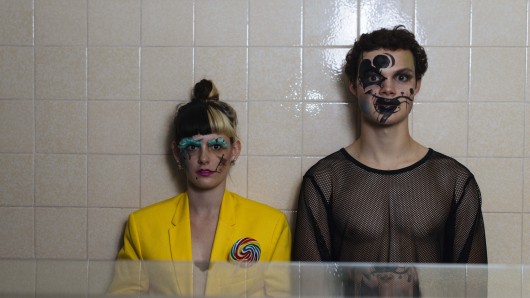 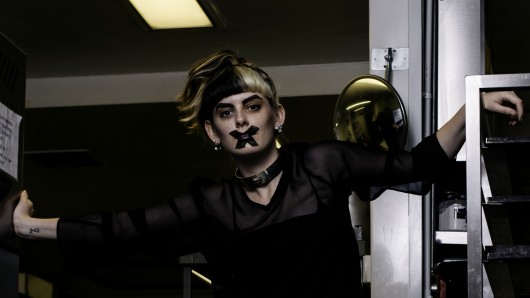 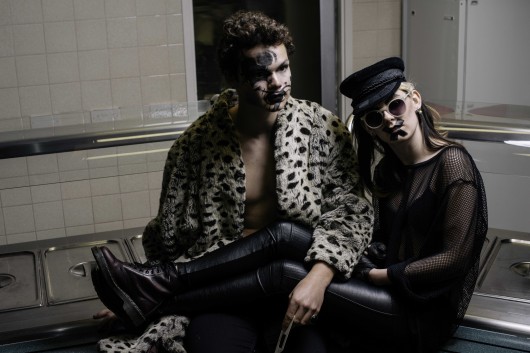 Do you think we used too much vintage?