Freshers threatened with eviction for smoking in halls

So far only fines have been issued

The University of Bristol has reminded students that smoking in halls could lead to eviction.

The unsigned email from the Residential Life Team says that there has been "a large number of incidents this year of students smoking in accommodation".

It states that students have been "covering smoke detectors", and that in many cases this has been discovered "where the occupant is not present", which was described as "even more concerning". 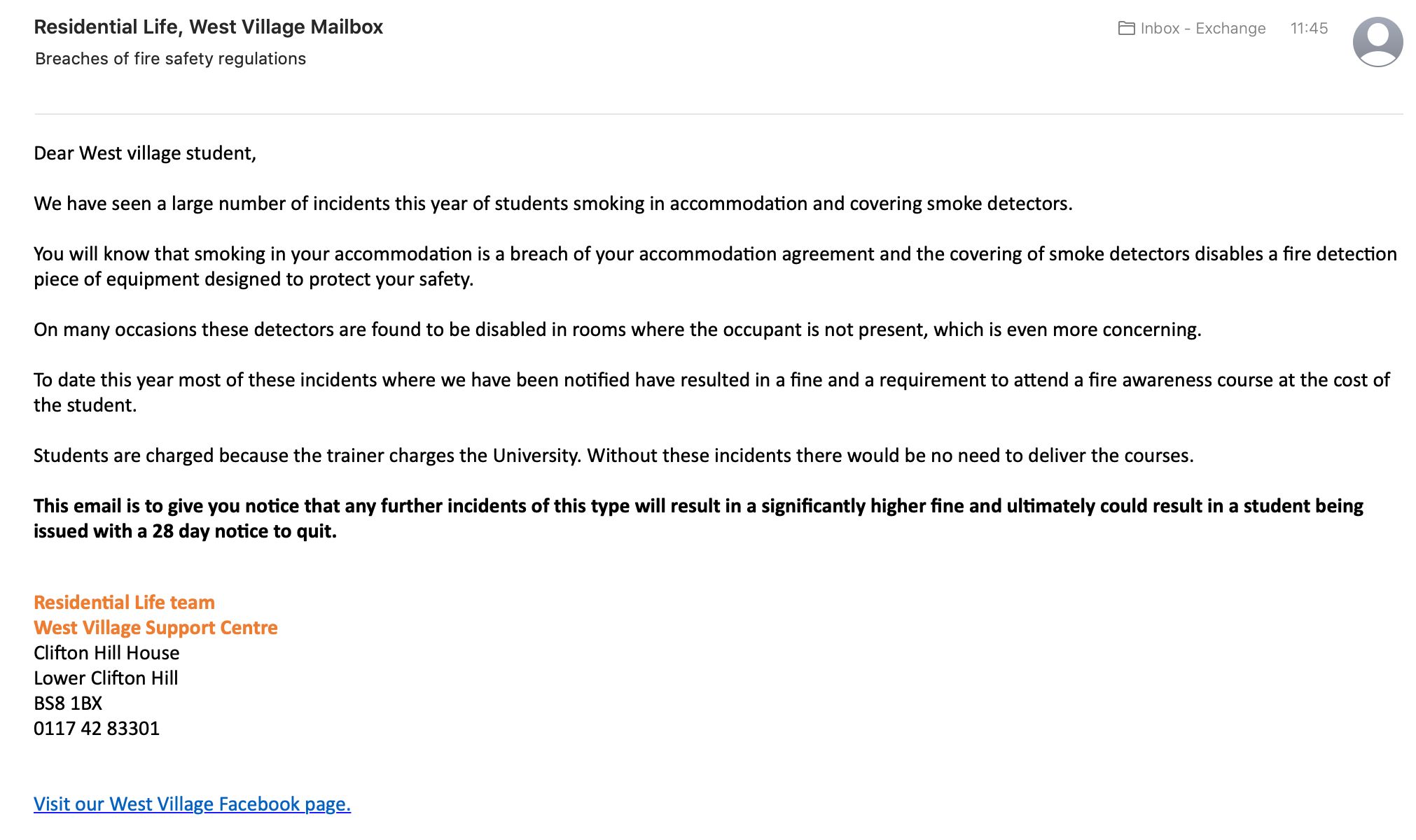 The email from ResiLife sent to students in halls of residence

The email goes on to say that the students concerned have been fined, and had to attend a mandatory "fire awareness course at the cost of the student."

The email then warned students that continued smoking in halls "ultimately could result in a student being issued with a 28 day notice to quit."

Can the uni evict students for smoking?

The Student Disciplinary Regulations lay out the rules surrounding breaches of "community rules and regulations", including the possible sanctions.

These range from a written reprimand, a fine of a maximum of £250, to exclusion from the university and reporting the student to local authorities.

The tenancy agreement, signed by each student in advance of taking up their room in halls, specifies that smoking indoors is prohibited.

The law of 1st of July 2007 also bans smoking in public indoor, enclosed spaces, which includes halls of residence.

UoB spends £19k on ketamine used for anaesthetic on rodents

That’s a lot of K