Over 150 Bristol students have withheld payments to the University in a protest over the affordability of accommodation in halls.

For those paying in installments, the latest chunk was due on April 24th and organisers of the strike say their action will cost the University over £100,000 in withheld rent.

The strike comes after The Tab revealed that University bosses have been lobbying against local proposals to guarantee affordable spaces in newly built student residences. 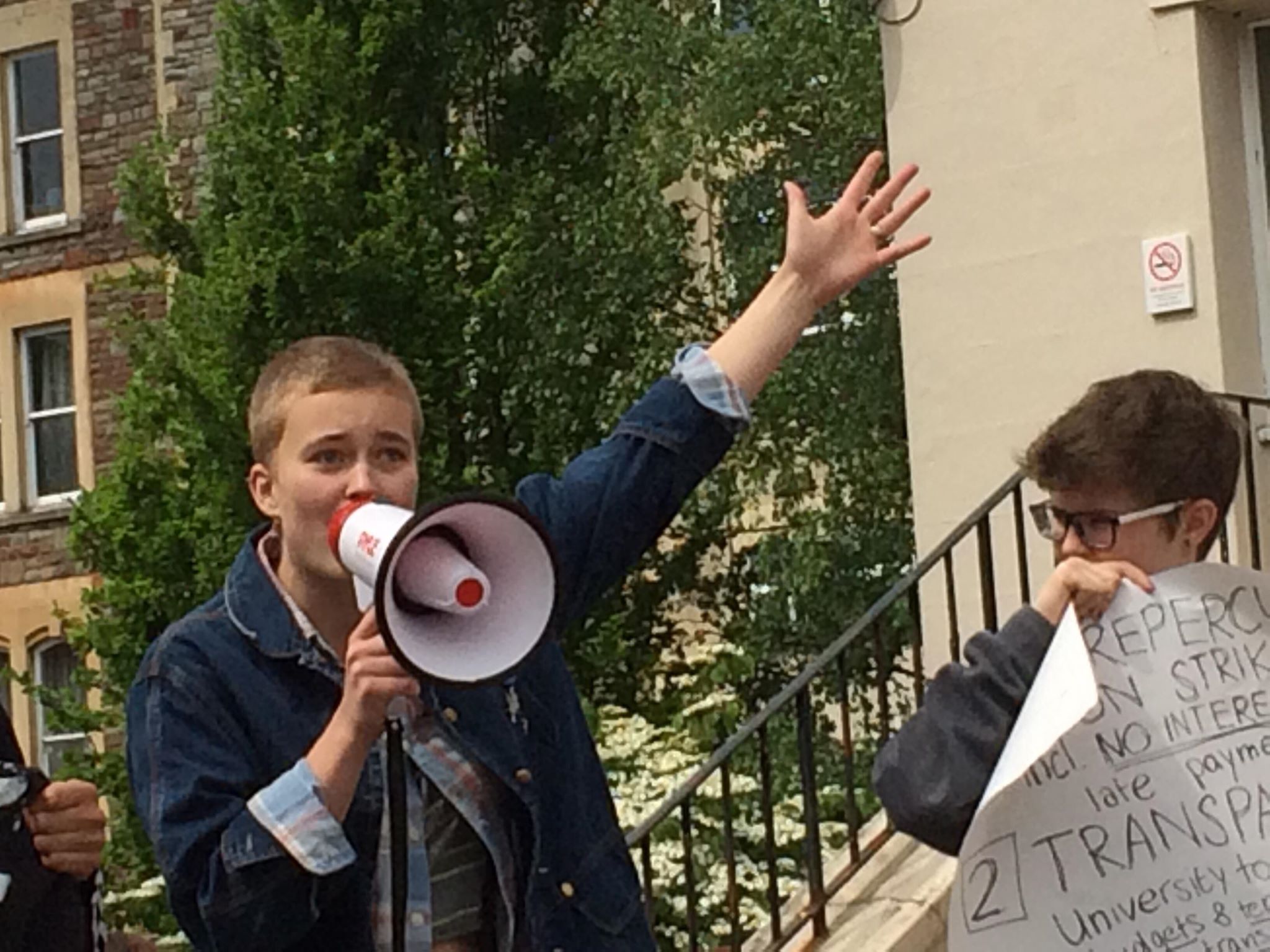 Some rent strikers held a demonstration on Wednesday

Why are students striking?

Speaking to The Bristol Tab, Ruth Day, a key figure in Bristol, Cut the Rent, said that the drastic action was unavoidable.

"Rent keeps rising at over double the rate of inflation each year, and it has got to the point where only 1% of beds in halls cost below half the maximum maintenance loan."

She added that the financial pressure is impacting the mental health of students but that the University have failed to act: "The final straw was when we handed in a petition signed by over 600 students which firstly the University responded to late, and secondly they just made excuses for why they couldn’t cut the rent. They simply gave us platitudes and didn’t really listen to us." 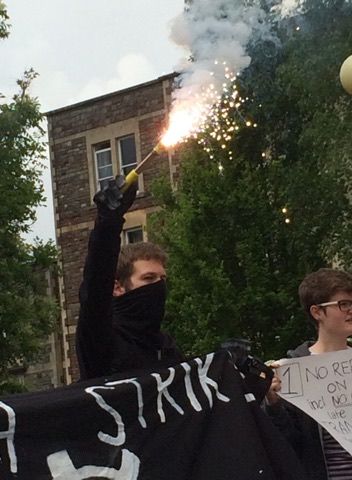 What do the strikers want?

The "last resort" of a rent strike is an attempt to gain some leverage and bring University bosses back to the negotiating table.

Cut the Rent have put forward a number of demands, including no repercussions for students withholding payments, increased transparency in the rent setting process and refunds for students paying rent at existing prices.

They say that strikers will only pay up when they feel the negotiations with the University have progressed. That might be sooner rather than later, as "constructive" talks were held with management staff on Thursday.

Previous rent strikes at UK Universities, have forced concessions – UCL students won £1.5m worth of cuts and freezes in 2017. 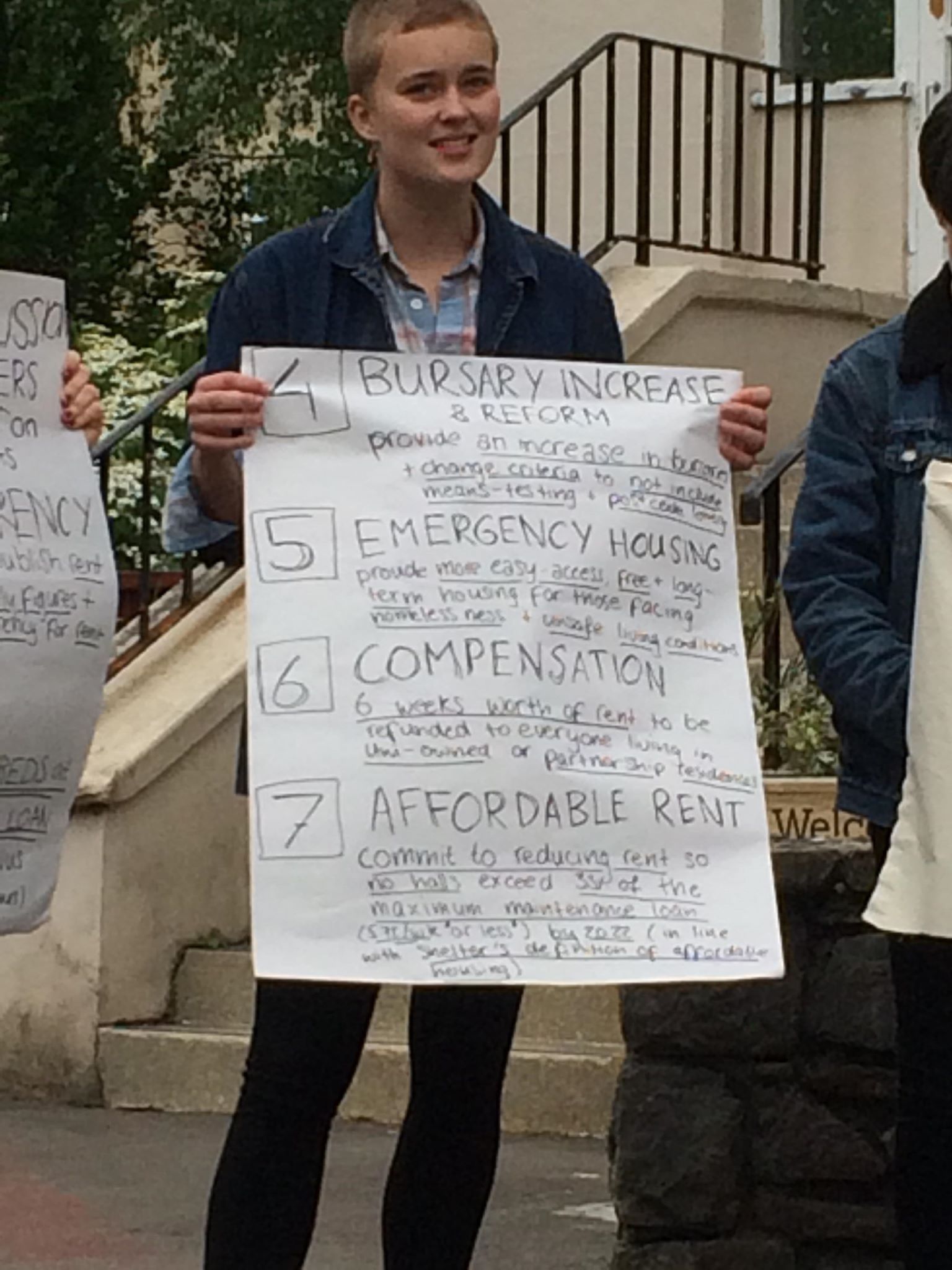 A list of some of the demands of the rent strikers

The University have previously stated their commitment to providing affordable halls where possible. A spokesperson told The Tab last week:

“We appreciate that accommodation is one of the most significant costs that students have to meet, and we are committed to ensuring that University accommodation is available to a full range of budgets and personal requirements.

“To help with this, we offer a number of accommodation bursaries, with £200,000 available overall for the 2019/20 year, in addition to the range of financial packages available to support students from low-income households.”