How can anyone keep up with all of them

Since the beginning of 2019, Blue Mountain have promoted five different ‘Closing Parties’, with two more advertised in the next two weeks alone.

It now feels like the impeding shut down of one of the iconic temples of the Stokes Croft nightlife, of course the club known for its heavy DnB nights must be celebrated in full glory, is surely being milked a bit.

One after the other, Blue Mountain are putting on events like this week’s ‘Valentines Disco Closing Party’ and last week’s ‘LAST EVER FREE RAVE’, even though, mysteriously, there seems to be yet another ‘Blue Mountain Free Rave’ scheduled for 22nd February.

This all seems like a bit of a ruse to draw in the Blue Mountain devotees who just can’t miss out on the last blurry "best night of their lives", bopping on the sticky floors of Blue Mountain. But it looks like one last free rave is always on the cards. 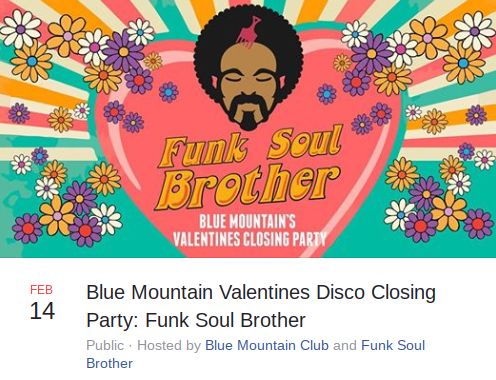 What’s particularly confusing is Blue Mountain’s ‘Summer BBQ 18 Hour All Dayer’, which is scheduled for the 8th June, even though Bristol’s beloved club is due to close at the end of February.

Will this be the reincarnation of what was once the setting for many forgotten nights? Will the closing parties carry on for months until the very bitter end? It seems letting go is hard, but maybe holding on is harder.

One second year told The Bristol Tab: “Why can’t there be one closing party; one last send off to properly celebrate and commiserate the end of Blue Mountain. It was where I went to on my first night at Bristol. It will always be a bit special”.

With the never-ending closing parties, it seriously takes away the significance from the true final night that the doors will open to the scatty students of Stokes Croft and the innocent freshers who don’t know what they’re in for.

With the news that Lakota only has a few years left to satisfy the DnB needs of the Bristol population, Blue Mountain’s closure deserves to be as momentous as its impact on the Bristol music scene.

It’s helped to give us the reputation of one of the top rated cities in the UK for nightlife. It shouldn’t just die out slowly in the midst of a sea of closing parties. They should stop milking it and go out with a bang.