A man who has spawned a thousand memes, 'the Mogg' spoke to the capacity crowd about freedom of speech and individual liberty, following attempts to silence him at UWE a fortnight ago. 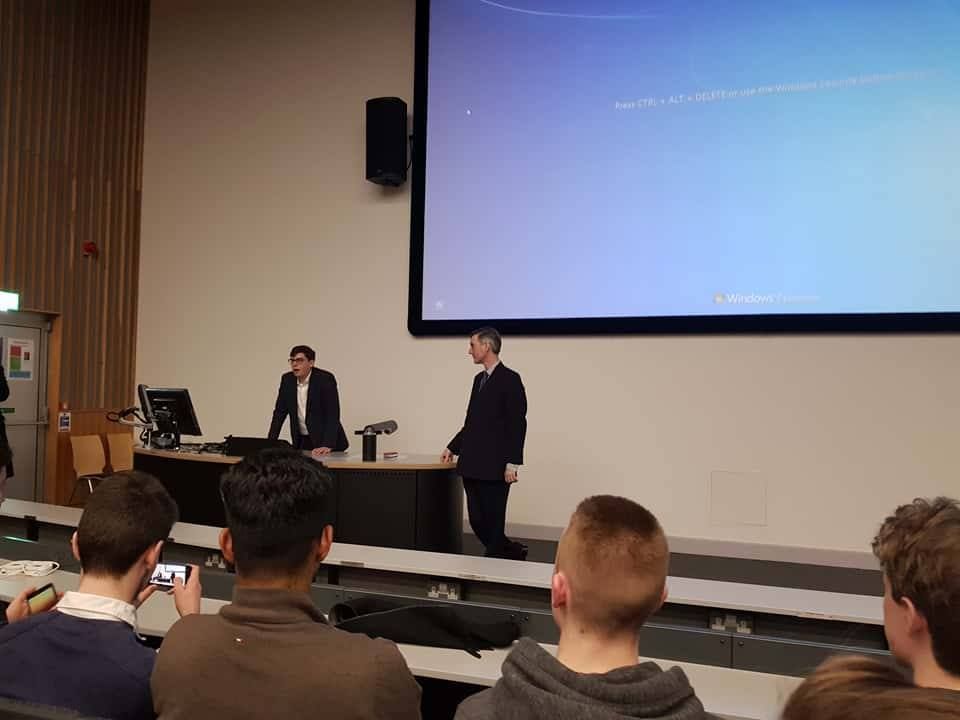 Bristling with police and UoB campus security services, all attendees had their bags searched upon entry and a number were turned away for not having tickets. A "Rees Mogg – NOT Welcome HERE" Facebook event attracted around a dozen protesters who initially picketed Wills Memorial Building- ironically where Labour peer Baroness Shami Chakrabarti had been speaking at the Bristol Law Conference.

After the talk Mr Rees-Mogg was smuggled into a separate seminar room whereupon The Tab took the opportunity to ask him a few questions about housing, campus talks and his views on Jeremy Corbyn's stance on the rising cost of Freddos… 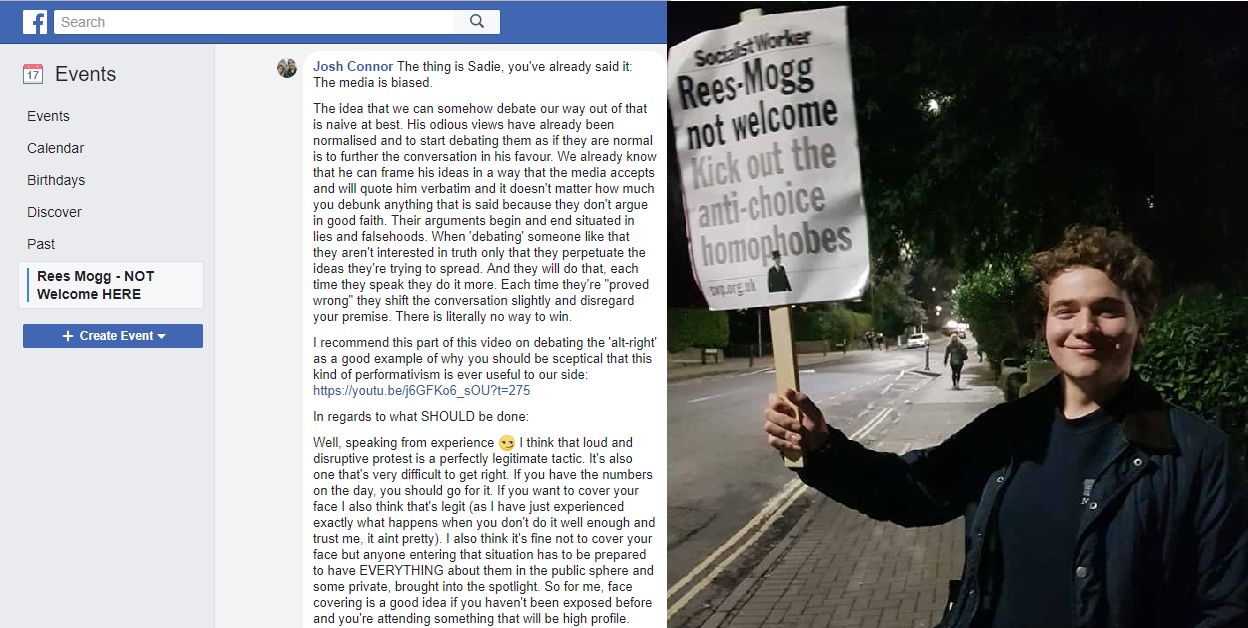 "Yes, planning needs to be liberalised. The reports today that the chances of middle income people having a house have halved in 20 years is deeply concerning. But it's very important and it needs to be reversed because it is a natural ambition for most people to own their own homes and politics is about allowing people to do what they want to do and removing obstacles- as I was saying in my talk- and this is currently a major obstacle. The planning system makes it very expensive to get permission and doesn't then necessarily build the type of houses that people want. So I think we need to get on with changes and we need to recognise that we cannot protect every blade of grass." 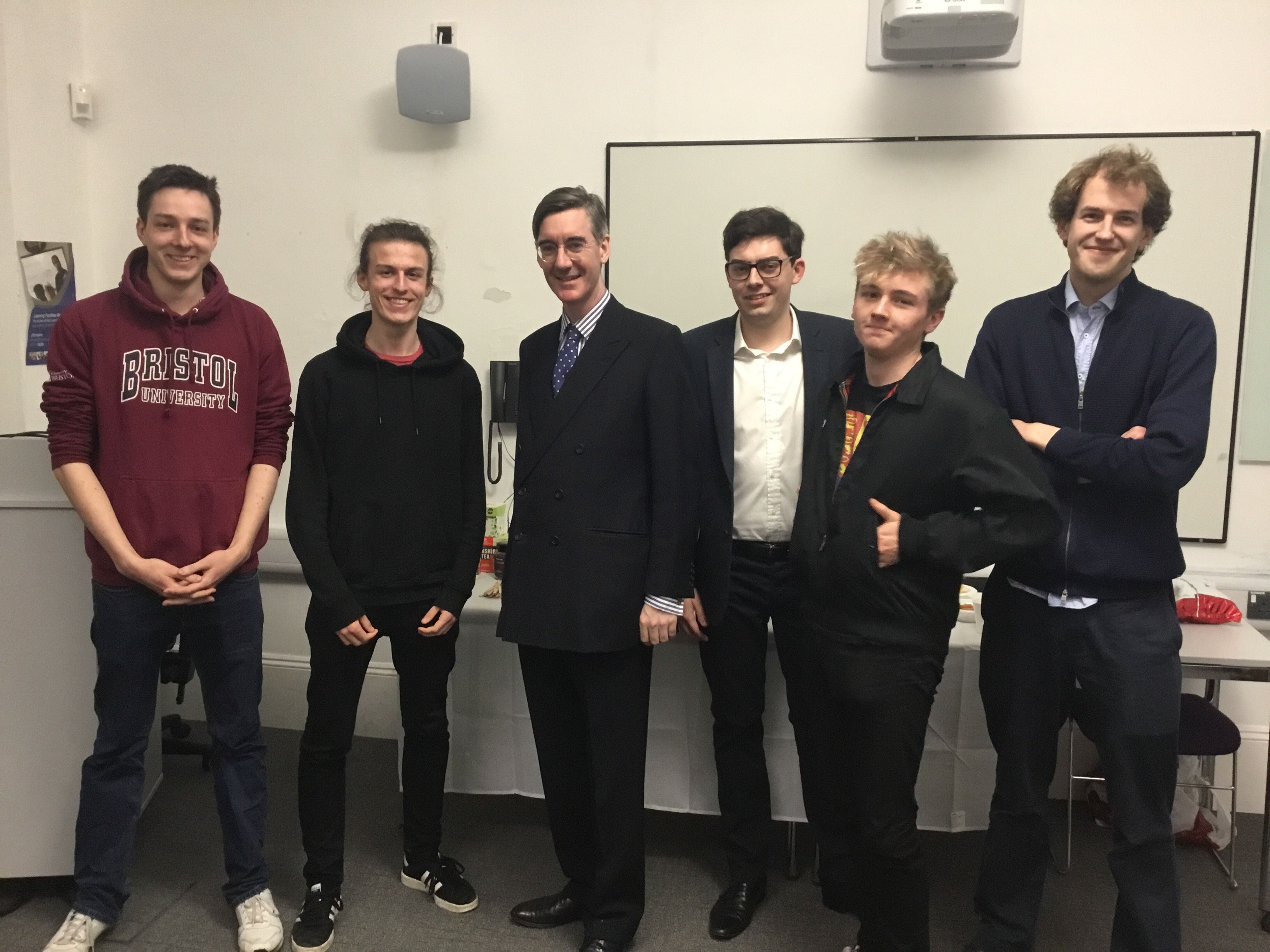 The BUCA Committee with Jacob Rees-Mogg after the event

During the last three years at this university there hasn't been a single Conservative frontbencher who has come down to speak. Do you think more Conservative MPs and government ministers need to be following your example and going out and speaking to students at campuses across the country?

"Oh yes, I would strongly encourage them to do so. I realised at the last election that I personally wasn't doing enough at universities and therefore have accepted many more invitations from universities than previously. It's not always easy to do- Bristol is very easy for me- but many universities are further away but I think it is important that the Conservative message is put out there."

Yesterday Mr Corbyn was talking about looking at reducing the price of Freddos by potentially starting a review after an election. This is an issue close to many under 30s hearts, who have seen the price of Freddos rise repeatedly- I know you're a big fan of Creme Eggs. How on earth does the Conservative Party counter that? Do you have any comment on that?

"It's not for the Government to set the price of Freddos or Creme Eggs or any other particular commodity. It's to ensure that there is the right economic framework which leads to stable prices and if we took the tariff off food, clothing and footwear, we would make lots of goods cheaper in this country. So it's about getting out of the Customs Union and delivering good economic policy and not just picking off one particular thing. I don't actually know what Freddos are!"

They're the small little chocolate bars

"I've missed them but I'm sticking to my Creme Eggs."

Has this article inspired you to follow the virtuous path of student democracy and all the rewards that it brings? If so, why not stand in the forthcoming SU elections? Find out more about this no doubt fascinating career path here.