The referendum was 90 per cent against hubs

Bristol Students' Union announced this morning that a university wide referendum had resulted in a landslide defeat for the proposed model of hubs based pastoral care.

On a 'Yes/No' question of whether the SU should reverse their support for university plans to replace individual hall teams with three 'hubs' in Stoke Bishop, City Centre and Clifton, the result was 92.1 per cent 'Yes' against 7.9 per cent 'No'.

The result means that Bristol SU is now mandated to oppose any model that manages pastoral care from clusters of residences rather than individual halls. The turnout was around 12.3 per cent of the student body, with voting remaining open from 9am Monday morning to 9pm Wednesday evening.

The referendum lasted from Monday morning to Wednesday evening

In the middle of the campaign the 'Vote No' side took the unprecedented step of suspending their activities at 6pm on Tuesday evening, blaming "the difficulty campaigners will face speaking out and the negative impacts on their wellbeing when they do speak out".

In a 240 word statement, Lucky Dube, the Student Living Officer and Chair of the 'Bristol Students Deserve More – Vote No' campaign claimed: "The atmosphere online was not conducive to allowing for worthwhile discussion", with 'No' campaigners being "faced with indignant remarks about them and not the issue being discussed." He added: "The campaign still stands by its messaging and we encourage students to engage with the referendum and vote". 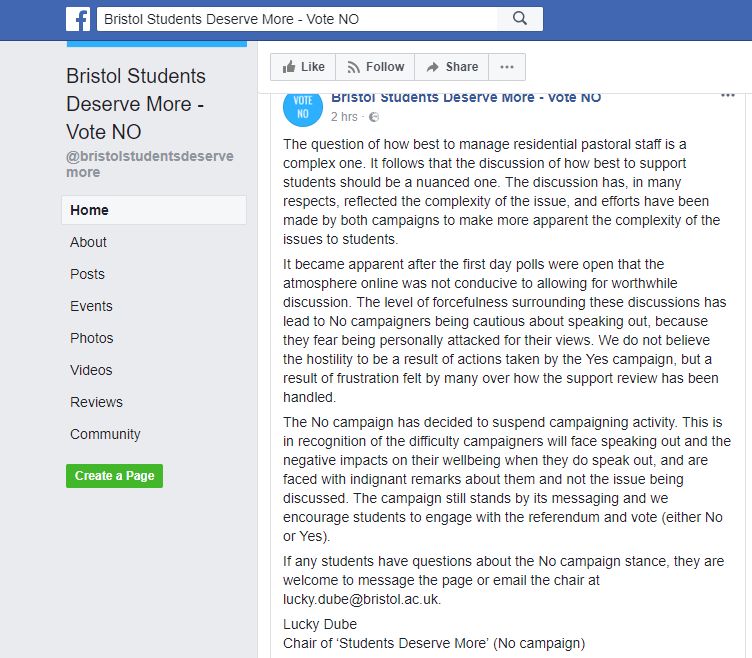 The Tab has been informed the 'Vote Yes- Keep Our Communities' campaign group has expressed concern for any individual who felt under attack. They have subsequently asked for evidence which substantiates the claim of hostility and contend that they have tried to involve as many students as possible throughout this process.

The result follows significant opposition from students, alumni, existing pastoral care staff and UoB academics. Half of Bristol's Senior Residents signed an open letter against the changes; every single Junior Common Room (JCR) followed suit in a separate letter. Some 3,500 students past and present signed first year Leonardo De Rezende's petition whilst open meetings saw a number of critical interventions from the floor. 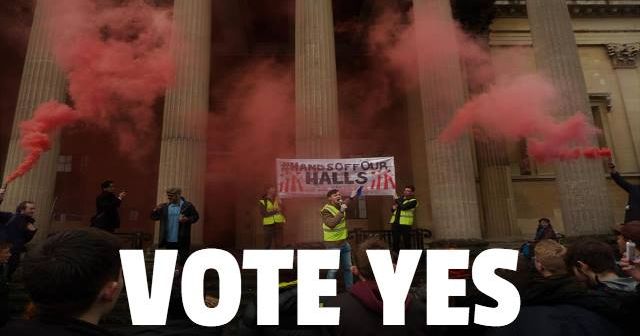 The 'Keep Our Communities' campaign had previously organised a march

It is not yet clear whether this referendum will have a significant impact upon the proposed changes to pastoral care. In their video, the 'No' team warned: "If the student body votes yes this week then the Students' Union won't be able to feedback on future versions of the model as it will be obliged to oppose it."

In an email to all students on 13th February, Vice Chancellor Hugh Brady thanked students for "their thoughts and ideas on our initial proposal to enhance the support we provide", and that "in light of the extensive feedback received from students, staff, alumni and other stakeholders, we are taking an extra few days to allow us time to take your suggestions and concerns into account".

Professor Brady went on to announce: "The revised model will now be presented to our current pastoral teams and other key stakeholders on Tuesday 20 February", with a subsequent open forum meeting for students and staff on Wednesday 21 February, 5-6 pm, in the Wills Memorial Building. Tickets are available here. 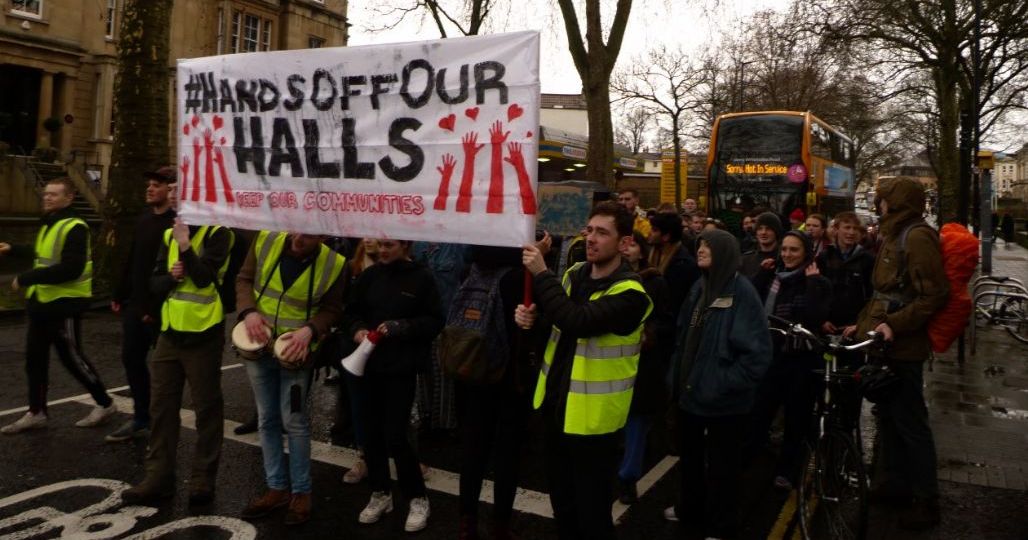 'Keep Our Communities' have argued for a hall, not hub, based approach

In a statement on the result, a 'Yes' campaign spokesman told The Tab: "We are extremely pleased that the student body has overwhelmingly rejected a hub-based system, and that Bristol SU policy finally reflects the views of students. The result of this vote joins letters from Wardens, SRs, JCRs, Hall Associations, Hall Bar Staff, and Alumni that are in complete opposition to the proposed changes.