The students have denied the accusations

Accusations have been made that several Bristol university students attended a house party in racist fancy dress and wore cornrow braids to look like a fictional character.

The theme of the house party, which took place on Friday night, was ‘Teams, Memes and 2016’. The event involved a number of UOB students who chose a ‘Orange Is The New Black’ theme and aimed to dress as a character from the show. 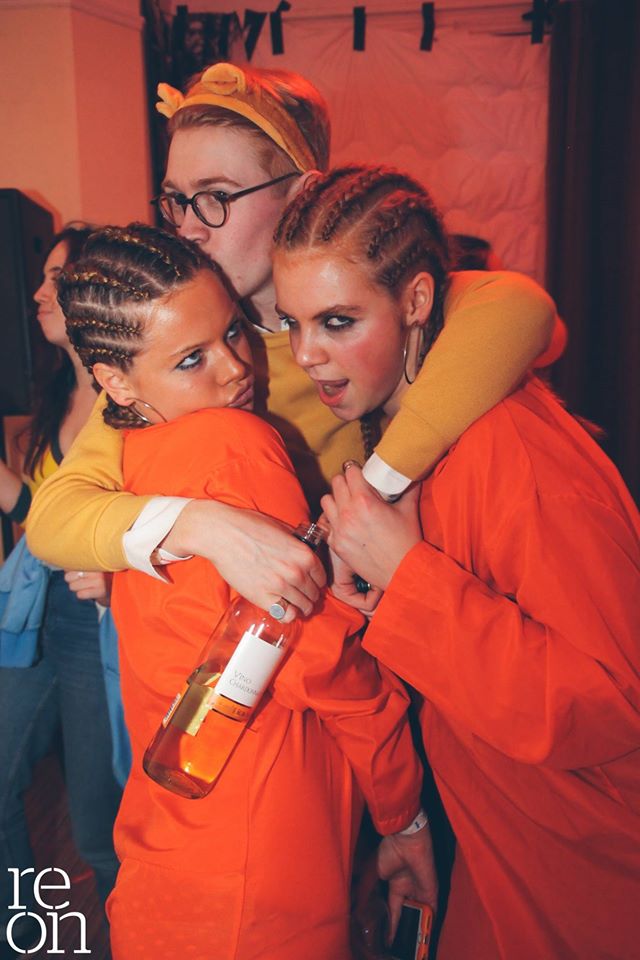 Chante’ Joseph, the head of Bristol’s Afro Caribbean Association, was one of the first to draw attention to the event on twitter and has said: “This is disgusting and I will not rest until these girls are dealt with properly because it’s out of order and insensitive.”

Although Joseph’s original tweets were deleted by an unknown person, her continued focus on the matter has resulted in outrage. One offer holder even considered rejecting her place at Bristol because of the stunt.

Among others, Che Scott-Heron, the President of Goldsmith University’s Afro-Carribean Society, also tweeted her displeasure:

The two students have denied the accusations wholeheartedly:

“I’ve been wanting to get my hair done in braids for a while now. I thought the ‘2016 ‘party theme I was invited to would be a great opportunity to get a friend of mine involved and dress up as convicts from one of the most successful and viewed TV Series of 2016: ‘Orange is the new black’. A TV series known not for the dominance of a ‘race’ over another, but for the mixed diversity and lesbian relationships that these convict women have. What is even more ironic is the fact that the only character wearing braids in the context of a CULTURALLY-MIXED prison is a white girl with blonde hair, Patricia Miller.”

“I find it deeply offensive to be accused of being racist for my hairstyle, make-up and outfit. Not only it shows deep lack of misunderstanding and obvious misinterpretation of what the TV series represents and aims to deliver, but also suggests that I, a 19 year old ‘white girl’, cannot get my hair braided as I wish. The fact that I need to justify myself for what I want to look like or who I want to interpret at a fancy dress party, is in itself ridiculous.”

“Wearing BB CRÈME, which is not to be confused with foundation is what I always wear on a night out: I wore the exact amount at the party as I do every other time I go out. Yes, it was badly blended particularly towards the top of my forehead, yet I’m sure most of us (myself included) wouldn’t even realize, as it seemed to have blended quite well with my beautiful ginger hair!”

“Equally, even If I was trying to darken my skin-tone, am I not allowed to? Does it really look like I’m trying to mock black skin? If that even was to be the case, then I must be a real failure!”

“Furthermore, attempting to ‘orange myself’ would suggest that I’m trying to be more over the top, as you do at FANCY DRESS parties. Once and for all, I will get braided if I want to and wear however much BB CRÈME OR FOUNDATION I wish, as it is by no means suggests racism but only concerns choices about my looks.”

“I got the idea from a TV series called “Orange is the New Black”, other than following that title there was no particular intention whatsoever. I have recently returned from holiday in Cape Verde and was quite suntanned. My make up suited the hairstyle, clothes and fitted in with the character from the TV series. No more to it than that.”

The party was hosted by REON – a company that sells caffeinated sachets for quick energy boosts.

The University has released a statement: “We have contacted the students concerned and asked them to meet with Professor Nishan Canagarajah, Chair of our Equality, Diversity and Inclusion Steering Group.”

A Bristol SU spokesperson has said: “This is just one of a number of incidents to have come to light over the past few weeks: it needs to be recognised that racism is pervasive at Bristol, and at Universities across the country.

“We’ve seen extreme examples of racist abuse in the press recently, but racially insensitive comments, language and dress are all part of the same problem, and contribute to a culture that is sadly far too common on our campuses.

“We urge our BME students to continue to talk to us about the racism they encounter, and work with us and the University to make necessary changes. All students have a responsibility to tackle racism on campus. We believe that open-mindedness, self-awareness and a will to learn and are key to this.”