We got an English lecturer to review Tinder chat up lines

‘This is precisely the purpose of the Humanities’

Dr Andrew Blades is a leading academic within English literature. He has been given multiple awards of distinction and written insightful commentaries such as everyone’s favourite light read “Liquid Endpapers: Changing States of Body and Text in Mark Doty’s AIDS Poetry”.

So, we decided to approach this genuinely really interesting and talented academic (also, a top guy) to ask him to analyse Tinder chat-up lines. Hope you’re proud, Mum.

Turns out, they mean more than “fancy a bang?” 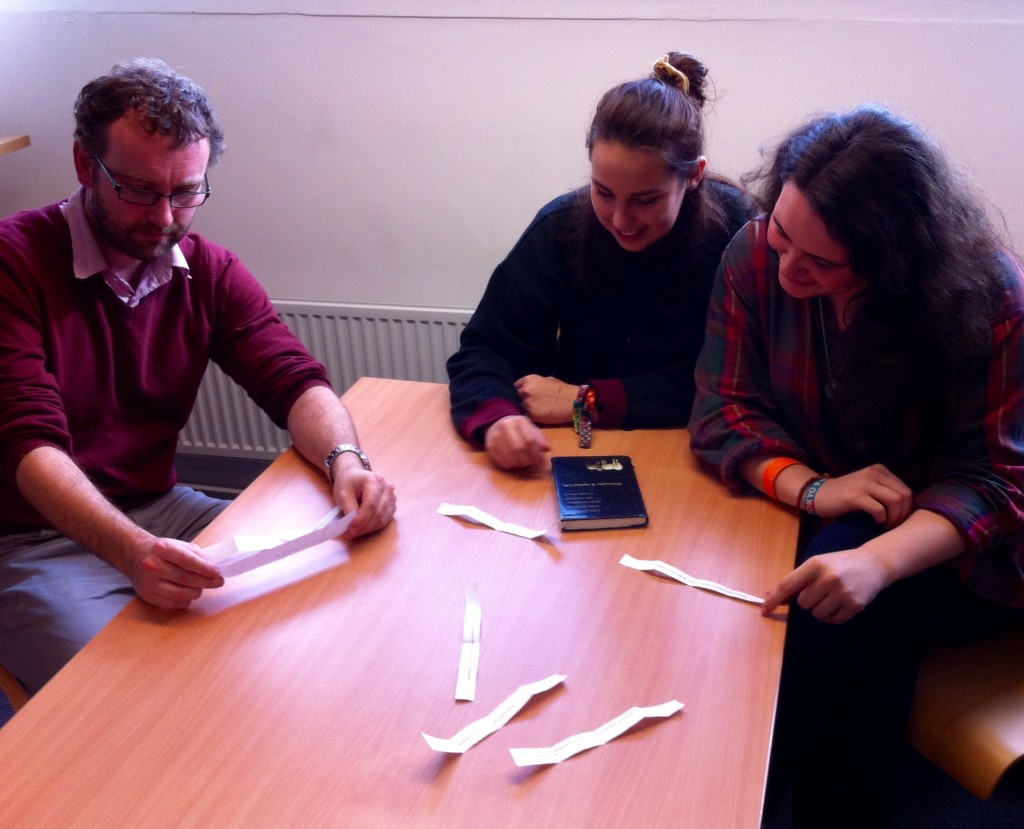 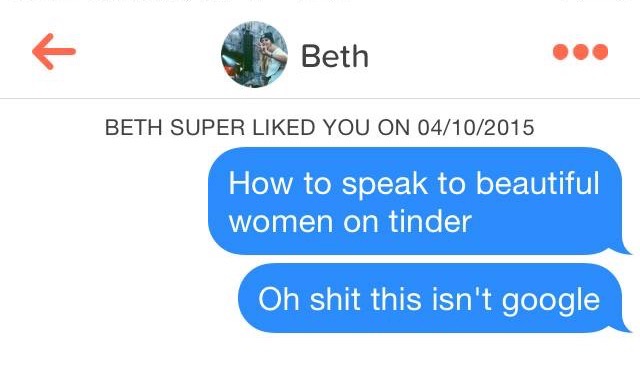 “It’s almost touchingly naïve. It also suggests a kind of stream of consciousness. It’s like we’re in his thoughts which can sometimes illicit sympathy. Psychological realism. Or she might be instructing a man on how to chat-up women.  First we had heteronormativity to break through and we’ve also broken through the patriarchy. There are many levels, many assumptions we have to question.”

‘Now I’m no photographer, but I can definitely picture you and me together’ 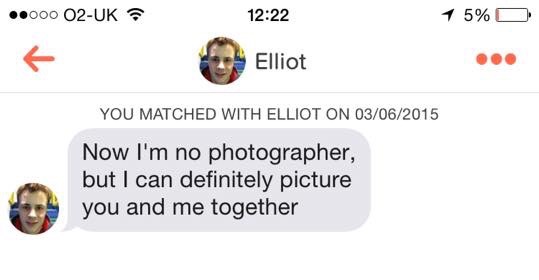 “Something like that is so corny that you think it can only be being used ironically so you’re getting the best of both worlds. It’s a variation on “I’m not perfect but I’m perfect for you”. It’s actually playing on an older proverb. It’s intertextual. There’s a line of influence. That’s my favourite.”

Stop cumin on to me

“It’s actually very adaptable because that could work with somebody called Rosemary or Basil. If you’ve got a whole herbal trope running through – Dill!”

‘Do you want to play army soldiers? I will lie on the floor and you can blow the hell out of me’ 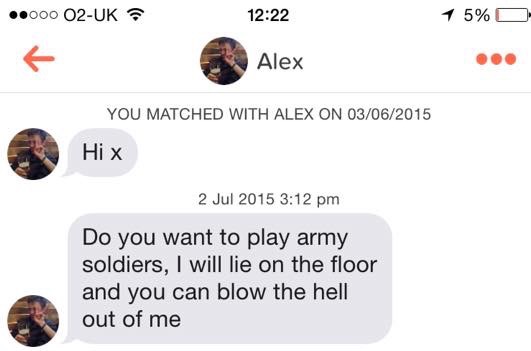 “I mean, that’s operating on a certain ideological level. The play on words – I think a lot of great chat-up lines depend upon polysemy (words with multiple meanings). I like the play on words on ‘blow’.

“There’s a whole cultural history there behind that one. I like the civility in ‘do you want to play army soldiers’. It’s interesting given the militaristic metaphor going on here that in fact it’s not a command. It starts off more gently than it finishes.”

‘Are you from Beijing? Because I’m China get in your pants’ 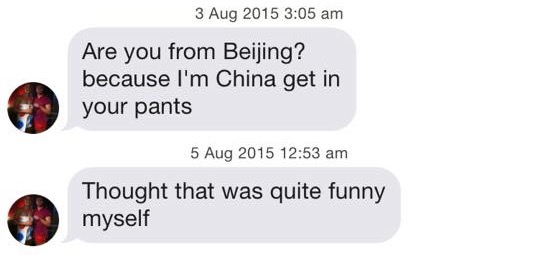 “Oh, that doesn’t work as a play on words at all though, does it? That whole assumption that ‘China’ and ‘trying’ sound alike. It’s clumsy.

“It reifies an older geopolitical discourse and I don’t think that should have any part on Tinder.”

And then there’s this gem… 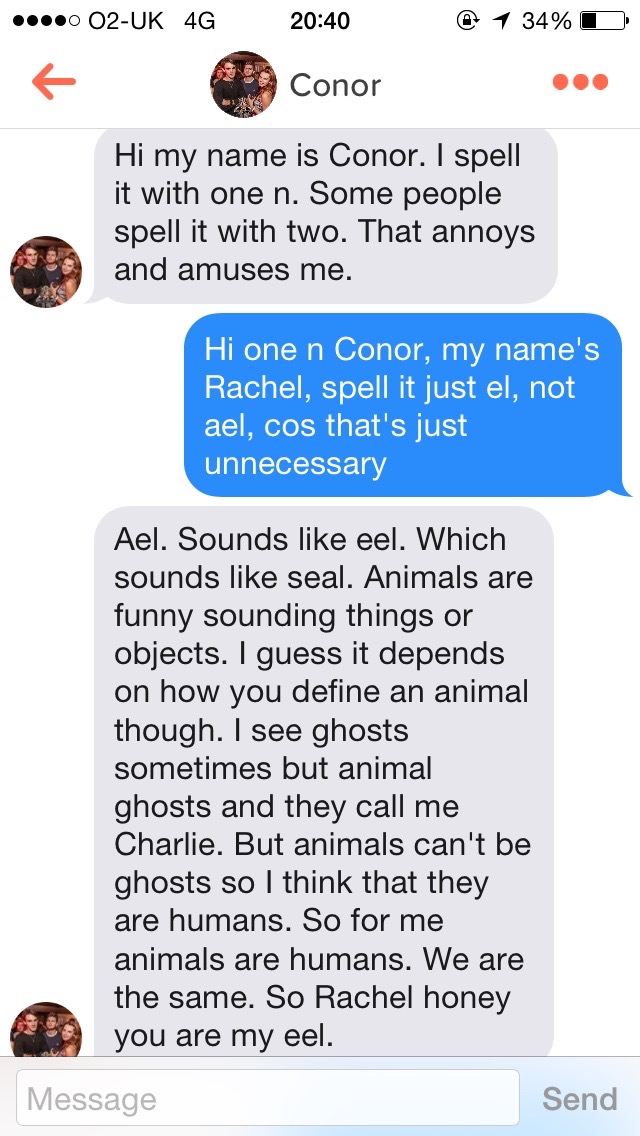 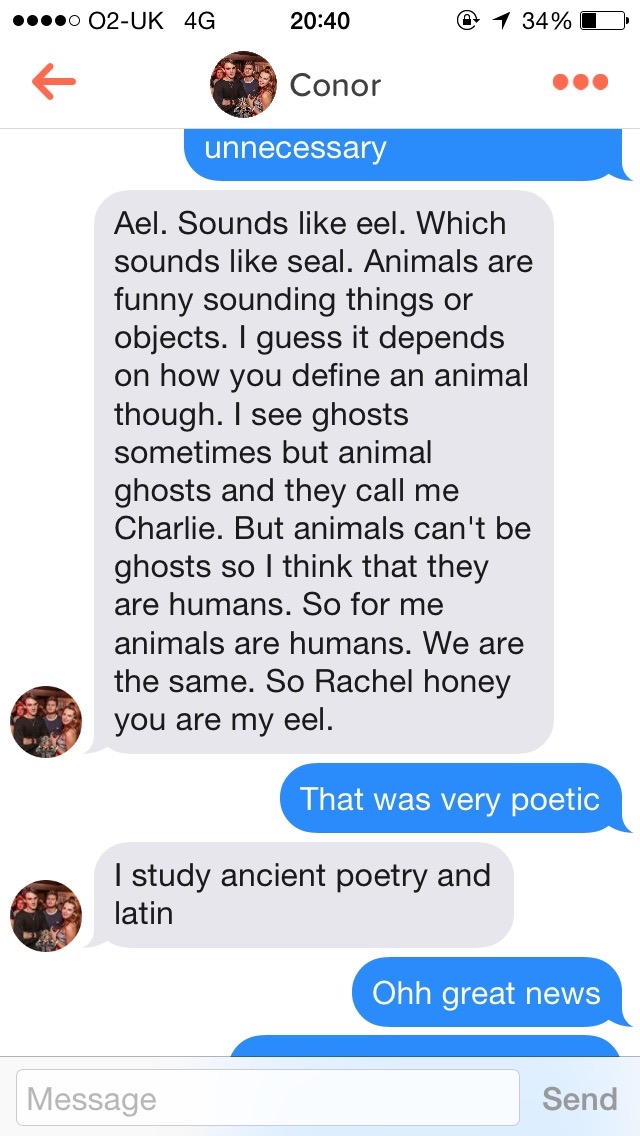 Round of applause please

“I can’t actually believe that. There’s all these lines of thought. Spelling is a real issue here. Perhaps we could refer to this book here. Refer him to that…” 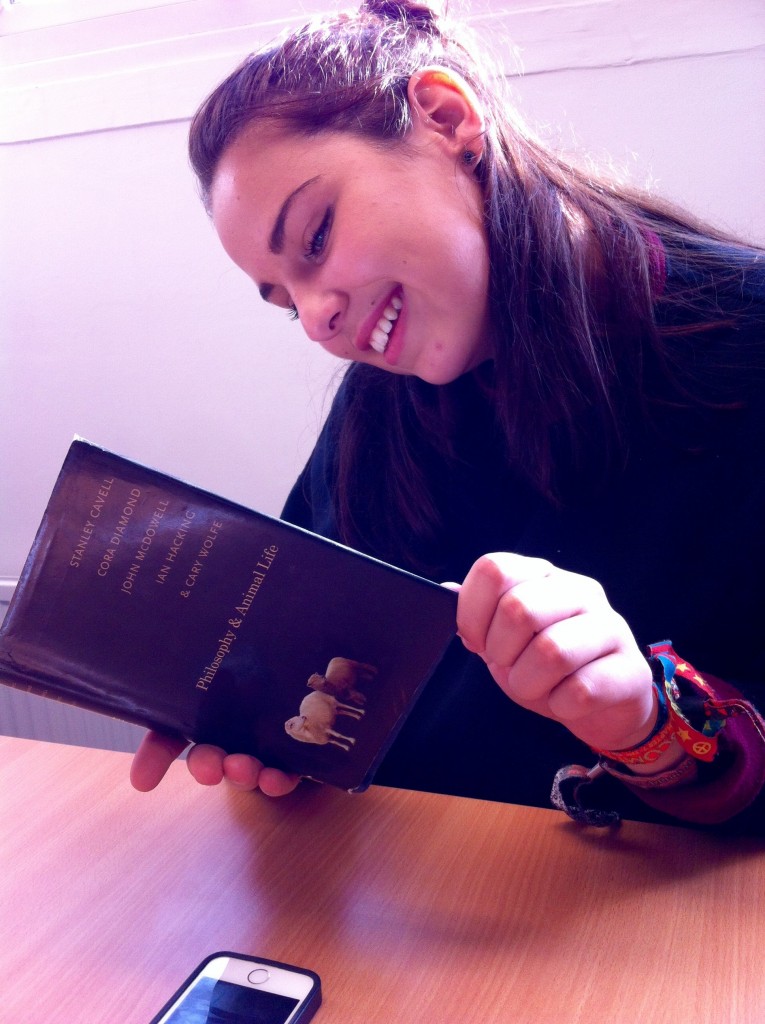 “…Well, the pope recently decided that dogs have souls. They go to limbo alongside unbaptised babies. Is Tinder the right forum for airing those issues? I don’t think it’s a therapeutic forum.”