Jacob Rees-Mogg is coming to speak at UoB

He will be a guest speaker

It has been revealed that on March 9, Jacob Rees-Mogg will be visiting UoB.

UoB's Conservative Society will be hosting the Conservatives MP as their guest speaker next week.

Famously opposing the government on matters such as same-sex marriage, proposing a co-alition with UKIP, and advocating Brexit, Rees-Mogg has gained a reputation as a 'High Tory', causing a lot of controversy due to his extreme right wing views.

Speaking to The Tab, UoB's Conservative Society describe their 'delight' at Rees-Mogg's acceptance of their invitation.

They explained: "We are delighted to host Mr Rees-Mogg, one of the most forthright and influential backbench MPs in modern British politics. While some may disagree with his opinions, we hope that this event will spur friendly debate, and we encourage people of all political persuasions to attend." 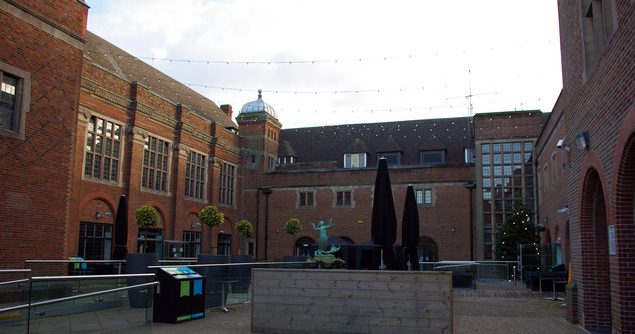 Despite the obvious safety concerns a controversial figure such as this may cause for the university, the Conservative Society dismissed this as a problem, saying that "the right to protest is part of a healthy democracy".

However, a similar event at UWE Bristol saw some attendees engaging in violence.

The Conservative Society commented on this event, defending their decision to host such a controversial speaker: "As a society we are totally opposed to political violence, and we have prioritised reaching out to people – from all over the political spectrum – to ensure we have a vibrant political forum on campus.

We are confident that any protests will be peaceful and there won't be any attempts to intimidate Mr Rees-Mogg, but we would be very disappointed if a small minority of protesters try to use violence to disrupt this event."

The talk will take place at 4pm on 9th March, and the location is yet to be confirmed.