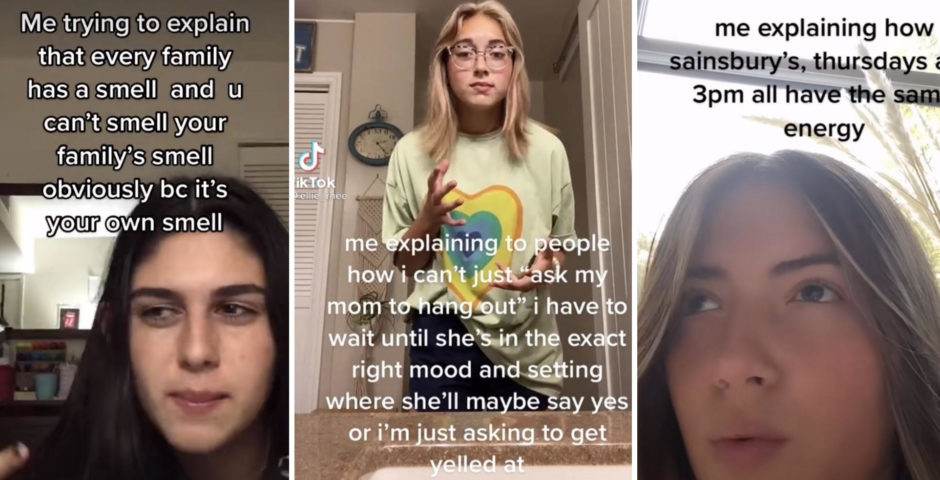 What the hell is that gibberish Laboratory song all over TikTok and where is it from?

I honestly feel like we’re in a place with TikTok trends where they come and go within 24 hours, but if your FYP is anything like mine then I reckon it’s currently filled with this weird Laboratory song. The one that sounds like how your Sims talk when they try and tell you they’re desperate for the toilet? Yep? Thought so.

The scat vibes banger accompanies people acting out them talking about something chaotic or a bit west. Like… imagine the conversations you’d have after smoking the devil’s lettuce and you’re on the right lines. Some personal favourites in this field include “me trying to explain that every family has a smell and you can’t smell your family’s smell obviously because it’s your own smell” and “me explaining how Sainsbury’s, Thursdays and 3pm all have the same energy”.

If it isn’t blipped chats, it’s childhood throwbacks. Highlights on this side of the coin include “me in year four arriving home after successfully stealing blue tack from school” and, the GOAT, “me explaining to people how I can’t just ‘ask my mom to hang out’, I have to wait till she’s in the exact right mood and setting where she’ll maybe say yes”. We’ve ALL been there!

But what the HELL is this TikTok audio? Is it a real song? Is it nonsense? IS IT BOTH?

I’ve never heard a song that sounds so much likes Sims without actually being from The Sims, but the TikTok Laboratory song is apparently a real song. It’s by an artist called Dville Santa, who is a YouTuber and TikTokker from Atlanta. It’s his biggest and only hit, Dville is small scale and only has 9k followers on Instagram and under 250 followers on Twitter.

It’s unclear whether the song is intended as serious or parody at this point, but for some reason I feel myself swaying mostly towards the latter.