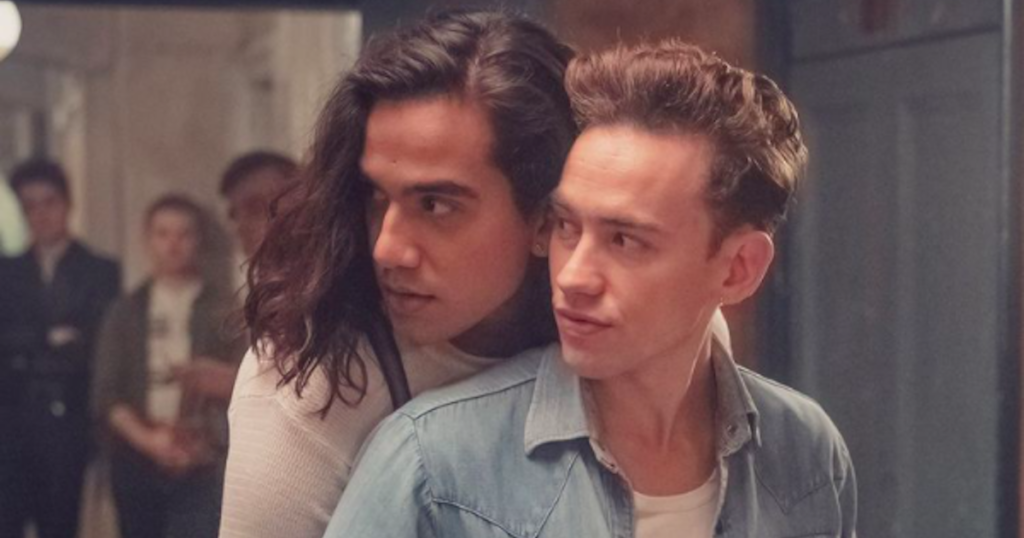 It’s A Sin tore my heart from my chest, ripped it into shreds and cleaved my soul in two. And it taught me so much more about queer history and LGBTQ+ sex education than school ever did.

It’s A Sin follows a group of young people in the 1980s, coming of age, discovering their sexuality and falling in love – all against the backdrop of the AIDS crisis. People are calling it “necessary and urgent viewing” that left them “bereft, furious and heartbroken”. And they’re right – I am furious. Furious that millions of people were subjected to the horrors we see in It’s A Sin, and furious that we never got taught about it. Any of it. While It’s A Sin is a masterpiece, its story shouldn’t be a revelation. Because we should know it already – but school never gave us that.

“I learnt more about the AIDS epidemic and LGBTQ+ history from a five-part series than I ever did at school,” uni student Georgia tells me, and I agree – I don’t think the crisis was mentioned even once. What little I did know before watching It’s A Sin came from watching films like Pride (2014), and a sexuality module I specifically chose to take during my degree. This shouldn’t be something queer people have to take the time to go and research for themselves – it should be taught to us all, regardless of our identity.

By contrast, I learned about World War Two pretty much every single year of my life, from primary school until my GCSE exams. That’s obviously a huge part of our history which should be taught to us, but somewhere in a decade of history lessons wasn’t there any room for learning about AIDS? Over 32 million people have died since the start of the AIDS epidemic, yet there are no AIDS memorial statues in London and many people aren’t even aware when World AIDS Day is. This isn’t good enough. Every single person should know these stories.

Not yet 'out' to my family, in the '80s, I left homophobic suburbia to do a drama degree. Within weeks, I was visiting men dying of AIDS, alone in hospital. #ItsASin wasn't just an emotional watch, it's like viewing my life on TV. I know what happens next. Coz I lived that too. pic.twitter.com/GaAecFn3LD

Not a single person I’ve spoken to feels they knew the extent of the AIDS crisis as it’s shown on It’s A Sin, even when they’ve done their own research in the past. Like many people, Georgia was aware of Princess Diana hugging AIDS patients in hospital, but hadn’t realised the full extent of the epidemic and the prejudices faced by many people, including gay men, in the 1980s.

Masters student Kyle says queer history including the AIDS crisis should be taught in schools. “No one should have to educate themselves on their own history,” he says. “We should all be equipped with the skills to be able to cope. The reality is, no one’s going to accept they’re gay over night and that is because of the social shame that comes with our identities, because of religion, tradition and ‘values’.”

Recent grad Tilly says she only realised she’s queer “in the last few years, because my friend came out as bisexual and that was when I realised that not being heterosexual was even an option for me”. She says: “I was particularly hit by when Ash said that there was no LGBTQ representation in all the books in the school library because I think this was something that had an effect on me not even realising who I was until now because I had only grown up reading about heterosexual couples.

“It makes me angry that the younger generation of people both inside the LGBTQ community, and outside, might not be aware of these so recent events, when they affected so many people, and wrecked so many lives.” 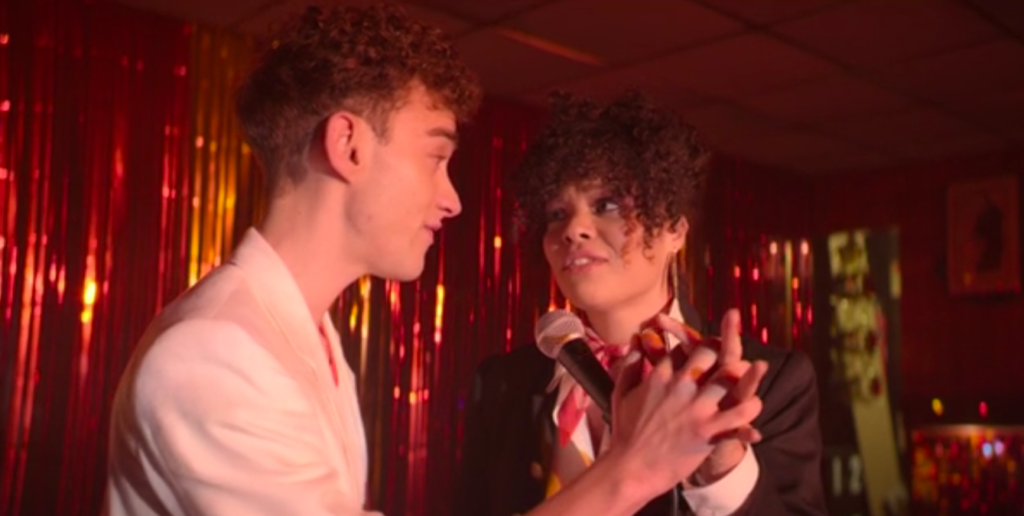 Tia Kofi, from the latest Drag Race UK series, tweeted: “Knowing about LGBTQ+ history is so important and this show taught me a lot of things I didn’t realise about how hard it was in the 80s. We’re so lucky, but there is still work to be done. The older generation seriously paved the way.”

Another user said It’s A Sin is “painful” – largely because “these stories have gone mostly untold for decades”. They said: “A single episode is more of a queer education than most LGBT kids in the UK have ever got from years at school. This is our history and we deserve to be taught about it.”

Recently we’ve had shows like Normal People and I May Destroy You open up really good dialogues around consent, stealthing and period sex. But for LGBTQ+ people, seeing gay sex in It’s A Sin feels completely different.

It’s A Sin shows so many different forms of gay sex, as well as different aspects around it. Imagine if we’d been taught about douching in school as Ash teaches Ritchie, and how many people that would have helped. Georgia says: “If we were taught about queer sex ed, I’d have probably felt more comfortable with coming to the terms of being gay and coming out.” The lack of conversation around queer issues, sex education or otherwise, in schools can be so damaging – for many people, the only time they heard the word “gay” at school was as an insult.

Where education falls short in telling us our LGBT history, dramas like #ItsASin step in so brilliantly.

The reason why homophobia is so rife in schools is because LGBTQ history, largely, is still not taught.

A Twitter user wrote: “How mad is it that our school sex education lessons didn’t even MENTION sex and relationships for queer people. Schools really left generations of innocent kids thinking they weren’t normal.”

Look, sex education in schools wasn’t great for anyone and is something that massively needs to change. Throughout secondary school, I had a few biology lessons about puberty and pregnancy, and two “health days” where we mainly got shown PowerPoints about STIs. We never even put a condom on a banana, so in what world would it have been mentioned that non-straight sex was even a possibility, let alone how to do it or stay safe? Queer sex education is, as one person put it, “totally inadequate” – and It’s A Sin has shone a light on what we all already knew. 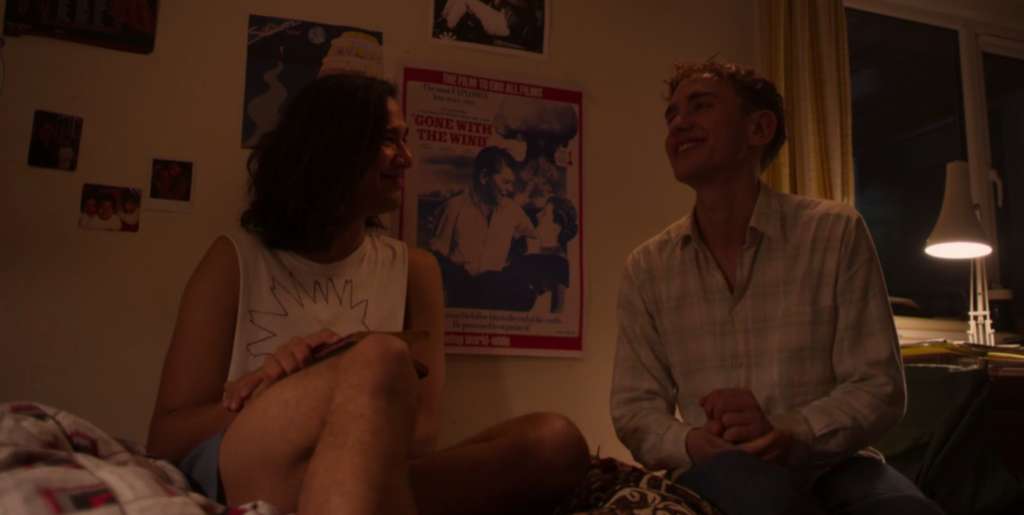 Kyle praises It’s A Sin, but says: “Why are TV shows having to act in where curriculums and governments are failing? The government should be addressing this as part of the national curriculum, and if they’re not it shows they’re not willing to learn from the lessons of the AIDS crisis. Queer kids deserve adequate mental and sexual health just like straight kids do, and queer people shouldn’t have to just figure it out.”

It was only September 2020 that LGBTQ-inclusive sex and relationships education was made compulsory in schools. Four months ago. It’s A Sin and other pieces of art like it go a way to filling the craters of gaps left in our knowledge, but they shouldn’t have to – we should’ve all been taught about it already.

• It’s A Sin cast: Meet the actors, and where you recognise them from

• ‘I’m finally living and being myself’: LGBT+ students on life after coming out