Vote: Which British ice cream is truly the best?

A day at the beach, a BBQ, a picnic in the park and tbh just an average Tuesday in July is not complete without a British ice cream. Whether it’s from your parent’s freezer, a quick stop at Tesco or the ice cream van, a classic ice lolly or ice cream just makes it feel like summer.

And since our early childhood days people have had their favourites. We’re very loyal to our ice lolly of choice – you’ll never catch me eating anything other than a white Magnum between June and August.

Some people are all about an ice lolly. Calippos, Fruit Pastilles Lolly and Ice Pops, nothing is better to these people than frozen flavoured water.

Others go for a British classic like a 99 or a Mars bar ice cream. Whichever your preference there is only one ice cream that can hold the title of the best British ice cream ever and it’s time for you to cast your vote. 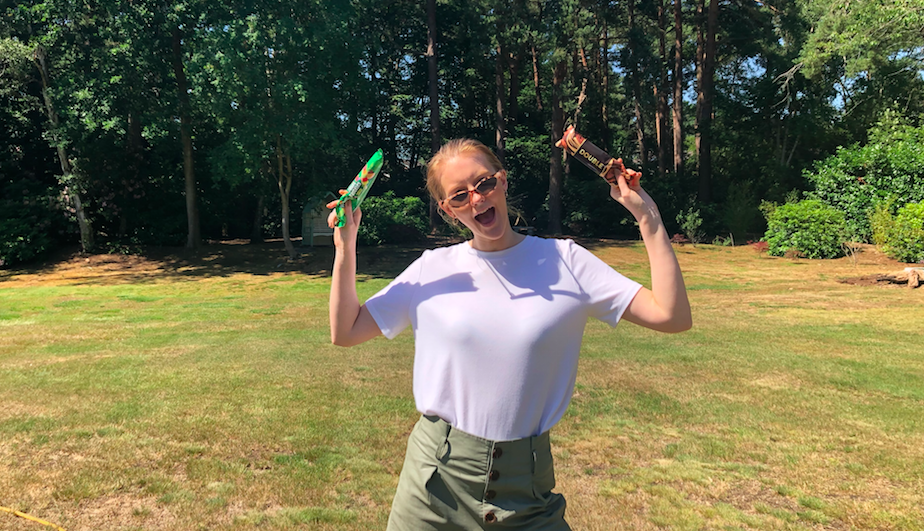 There’s a lot of factors to consider – taste, price, slipping off the stick and general vibe to the ice cream and now you need to vote for the best British ice cream:

A classic. A staple. Cone, ice cream and a Flake – can’t go wrong.

An even better improvement with double the Flake.

A screwball is a lot – ice cream, Flake, bubblegum and sauce. It’s an odd concoction and if you can stomach it you deserve a medal.

A solid shout, a Calippo will never disappoint you on a hot summer’s day.

This was a go to during our childhoods. Whilst it’s very fun trying to trying to swirl your tongue around the plastic tub in search of the ice balls, the novelty soon wears off and you’re left with a clumpy soggy mess at the bottom of your pot.

Is it an ice cream? Is it a chocolate bar? Who knows – this is the beauty of the Mars Ice Cream which tastes infinitely better than the actual chocolate bar.

For those weirdos who think Galaxy is better than Cadbury, you’re wrong.

Unlike the Mars Ice Cream, the Twix is much more of a disappointment than the chocolate bar. First of all you only get one Twix bar and secondly, biscuit in an ice cream is just plain wrong.

Much like the Mars Ice Cream the Snickers is a solid shout, just as good as the chocolate bar.

For those who enjoy the Maltesers in the Celebrations tub at Christmas, the Malteser bunnies at Easter, even summer won’t stop you from getting your Maltesers fix with this ice cream that doesn’t really taste of much.

Look, you’re going to fall into one of two camps here- either you love a Bounty and therefore think the ice cream version is great or you hate it and can’t think of anything worse than a frozen Bounty bar.

A decent childhood after school lolly, they taste a little artificial but the true joy from a Fruit Pastilles lolly comes from being able to bite off the sections and see the colours underneath.

While we wait for the sun to make a comeback – let us know your favourite! Fruit Pastilles vs Watermelon!? 👇

It wants to be the Fruit Pastilles lolly, it’s only advantage is that it has a very cool shape.

This is a sizeable ice cream but that’s it’s only real plus point. Again, a biscuit should not be in an ice cream and I hate to say it but Oreos are incredibly overrated and should be left to the Americans.

Incredibly basic, the choc ice is hardly ever really chocolatey and it usually melts in the paper when you’re only a few bites in. If this is your favourite ice cream you need to take a long hard look at yourself.

This is strictly a child’s lolly, if you’re still choosing this can I ask why? The addition of the Smarties in the tube was definitely it’s selling point. Ice cream and chocolate? It was a winner when we were younger.

It’s hard to know if the Mini Milk or the Choc Ice is the blandest ice cream? At least with the Mini Milk you’ve got a variation of flavours and the vanilla one actually bangs.

In theory flavoured ice in a plastic tube shouldn’t taste good and yet the blue and cola were actual heaven.

First of all they’re massive and what self respecting adult walks around sucking on a giant toe??

Chocolate, strawberry and sprinkles – a children’s lolly if ever there was one.

Ice cream AND a refreshing tropical taste, an all round winner for the Solero.

Fancy winning an Amazon Echo? Just post a photo (like this one!) of your Wall’s Ice Cream and tag us to enter. Simples! [📸 by @becca__sw] #GoodbyeSerious

Some people view the Fab as the best ice cream going – it’s got lolly, ice cream, chocolate and sprinkles going on. Which is also why lots of people do not appreciate a Fab. It doesn’t know what it is and is trying to be everything. Also the red lolly underneath tastes crap.

Definitely the most boujee ice cream on the list – you’re only getting these when you’re at your parents’ home who can afford the multipacks.

For those who love white chocolate, the white Magnum is God Tier level of ice cream. If you hate white chocolate it’s just a bland vanilla Magnum. The haters are obviously wrong btw.

Not one you usually hear raved about but definitely a solid choice and you get more of a crunch and taste than your normal Magnum.

We’ve teamed up with @nayva.official to create an episode staying true to pleasure. Be sure to check it out. #PleasureSeeker #TrueToPleasure

The ice cream equivalent of a Yorkie bar.

There’s a special place reserved in hell for those who enjoy mint ice cream.

The Cornetto’s trump card really is the chocolate bit at the bottom of the cone. The actual ice cream doesn’t taste of much and is always too frozen to actually enjoy the ice cream.

Ice cream and ice lolly – the Twister really covers all bases. It’s perfect for when you don’t know what you’re in the mood for and is just the right size. You usually don’t get the ice lolly falling off the stick with a Twister.

•Quiz: How posh are you based on your BBQ?