McDonald’s is a cornerstone of this country. When the pandemic hit and Maccies closed, we knew it was bad. Maccies persists through anything. Recessions, bad press, late night fights – you name it, McDonalds’ golden arches have remained shining throughout it all.

Then for the first time ever, we had to go without it. This is the definition of a non-problem when you’re in a global pandemic and the world is going to shit, but, being honest: it sucked. Not having Maccies was just a big ol’ kilo of salt thrown in the wound (almost as much salt as like, literally eating a Maccies?). Then, finally, it came back. Maccies reopened all drive-thrus yesterday and have adapted a load of their working practices to make sure the Big Macs can be pumped out and the Fanta can be flowin’, all while socially distanced of course.

It’s weird, it’s dystopian, workers are separated by shower door type partitions and have to take cash on trays, they’re not serving faves like Chicken Legends and milkshakes and I wanted to know WHY. I want answers dammit! So I got them. Jack, who works at Maccies, gave us the full lowdown on his first few shifts back in his new working environment. Here’s what it’s like to work in a socially distanced Maccies, from someone who actually does:

You have to do a bunch of online training beforehand

Before McDonald’s staff even arrive to their new socially distanced restaurant they have to do a load of online training so that they “know what they’re in for”.

Jack said: “I was really nervous at first because I’ve been pretty strict with the social distancing – like I haven’t been in a shop since March, so to walk in and be around all these people – I felt quite anxious. But in the end it was calm because of all the protective measures. Also because I’ve not seen people in lockdown whenever someone was nice and polite to me I was like, pathetically grateful.”

When you arrive you get changed and have your temperature taken

When you come to your shift you have to arrive in normal clothes with your uniform in a clean bag, then immediately wash your hands. Jack told The Tab: “Once you’re there they take your temperature with one of those laser thermometer things and then if it’s a normal temperature you’re okay to work. You put on your mask, get changed and wash your hands again.” All of this before you’ve even started. Intense.

In addition to this, start times are stunted so that everyone arrives at different times, minimising the possibility of accidentally bumping into each other and catching the rona. 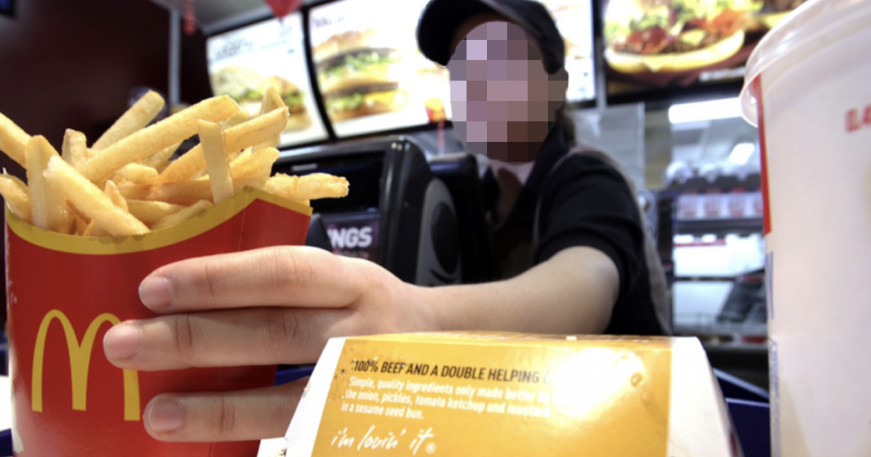 Jack said: “You go to your little station to work and they’re marked out with little screens, almost like a shower door, so it’s your own little section where you’re two metres apart from anyone at all times.”

Jack told The Tab: “Because it’s drive-thru only the main lobby of the restaurant is used for giving everyone their masks and checking their temperature. When you’re on your break you stay socially distanced and just sit and eat your food on your own, apart from everyone else, in the main seating area – because obviously there’s no customers eating there.” Sounds a bit depressy but okay, we move.

As a piece of advice, if you’re planning on heading to your local Maccies drive thru – don’t pay in cash. “It’s a maximum of £25 on all orders and like, card is preferred, ideally contactless. If they pay chip and pin you then have to wipe down and sanitise the whole chip and pin reader afterwards and then put it back outside so people can tap it if they’re paying contactless, which is long.

“If they pay cash, you have to hold out a tray to take the cash, put it in the till, you’ve got gloves on, and then you have to give them their change on this little tray too. Some people were annoyed but like… don’t pay with cash you idiot. Why would you do that anyway?” 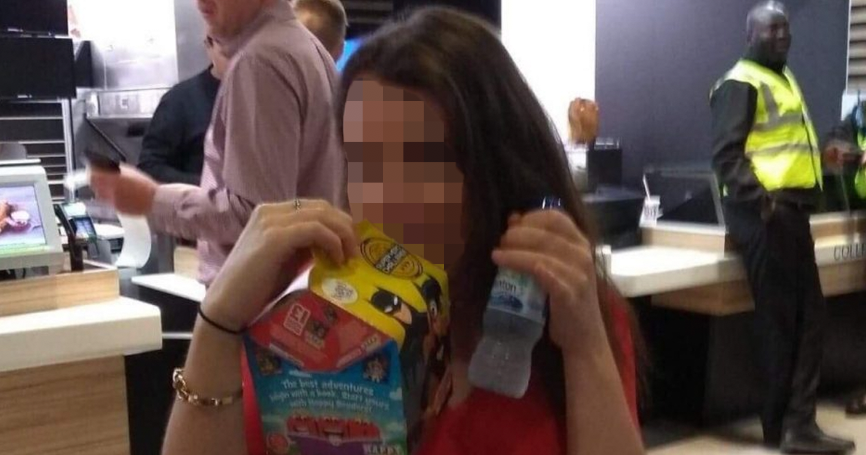 “I was taking orders on the headset for a while and some people were getting a bit vexed like, you can’t get Chicken Legends or milkshakes but I just had to tell them like… it’s not really up to me. I can’t help that. I’m not sure why it is. The milkshakes is because the machine is a fucking nightmare so it makes it easier for us not having them, so you can stay in your little designated section. With the Chicken Legends, I don’t really know, I think they’re just doing all they can to make it easier for us and more socially distant.”

Overall it’s not that bad, and makes you appreciate NHS workers even more than before

Jack said: “Overall, it wasn’t bad – it wasn’t even that busy and yeah, I felt safe! It was pretty blessed to be fair. If at all possible it made me have even more respect for our NHS workers, because it was genuinely really daunting to walk in with all those people. So mad respect to them.” Wiser words have never been spoken.