Darragh Ennis impressed producers so much they snapped him up

PSA: The best game show on television, The Chase, has just announced it has got a brand new chaser. Meet Darragh Ennis, the ex contestant who impressed the creators of the show so much they hired him!!

Darragh announced the news on Twitter and it wasn’t long before the other chasers were wishing him good luck and confirming the news. He is the first new quizzer to join the line-up in five years – Jenny “The Vixen” Ryan joined the team back in 2015.

Bradley Walsh had previously teased that the show was making more episodes and needed to hire another professional quizzer, and now it looks as though Darragh fits the bill. 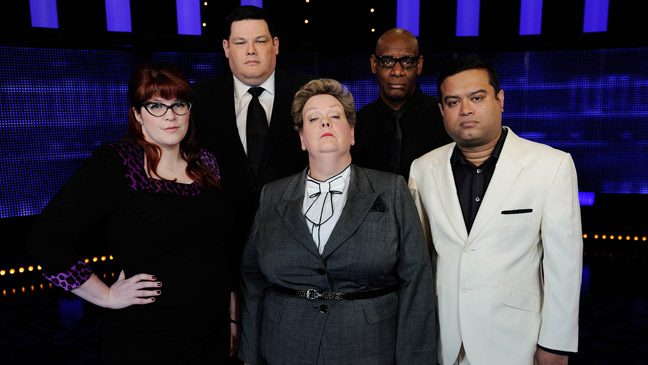 Darragh is Irish and a post doctoral researcher. He appeared as a contestant on The Chase in 2017, where he bagged an impressive £9,000 in his cash builder. However he was completely played by his teammates who took minus offers and lowered the group prize fund to just £2,700.

There was complete outrage on Twitter and #JusticeForDarragh was trending. Fans even set up a GoFundMe page to raise the money he earned back for him. 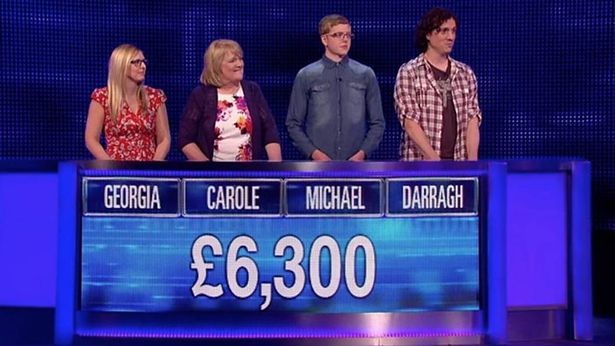 Before his prize pot was slashed

Darragh announced his big new position on Twitter, saying: “I’m really excited to be the 6th chaser on #TheChase . I’ve been working hard on this for a while now and can’t wait for my episodes to air. Well the ones I win anyway.”

I'm really excited to be the 6th chaser on #TheChase . I've been working hard on this for a while now and can't wait for my episodes to air. Well the ones I win anyway.

He’s got the backing of his fellow professional quizzers too. Mark “The Beast” Labbett tweeted his reply, saying: “Welcome to the pros kid. If you thought you were working hard before, you ain’t seen nothing yet 🙂 To be a winner, train like the Sinha!” Paul Sinha added: “The night before they producers told us, Anne and Mark and I sat at dinner and pondered ‘Could it be a former contestant’. I said, ‘If it is, the best player I faced was an Irish guy who looked a bit like Micky Flanagan’. Welcome to the club mate.”

A source told The Mirror: “They don’t bring in new members on The Chase regularly so this is a big deal for the show and Darragh. Viewers will be very interested to see how he gets on.”

ITV has confirmed that none of the other Chasers will be leaving the team when Darragh joins. The other Chasers who he will join are Mark “The Beast” Labbett, Shaun ” The Dark Destroyer” Wallace, Anne “The Governess” Hegerty, Jenny “The Vixen” Ryan and Paul “The Sinnerman” Sinha.

It has not yet been confirmed when episodes of The Chase featuring the new chaser will be aired.

I wonder what his nickname will be?!

• These are the biggest ever wins on ITV’s The Chase