What is the Karen meme and why are people debating if it’s problematic?

She’s defo talking to the manager about this one

Karen memes are everywhere right now and somehow they’ve managed to become the most controversial topic of the year. Forget the worldwide pandemic, Australian bush fires and the US and Iraq problem. The Karen meme is the problematic debate we should all be concerned with.

The meme which has been around since the dawn of  Twitter is currently under fire by certain critics who feel it should be considered a slur. Yes really. Earlier this week a Twitter poll ran asking if calling people “Karen” should be considered a slur and compared to the “n-word”. Some people took it very seriously and heavily debated it. Others just found it funny and used as an opportunity to create even more Karen memes.

Nearly everyone has expressed their opinion and of course Jameela Jamil had to have her say on the topic. She said there is no back story of systematic oppression attached to word “Karen”.

We’ve done a deep investigation into the origin of the Karen meme and if it could ever be considered problematic. 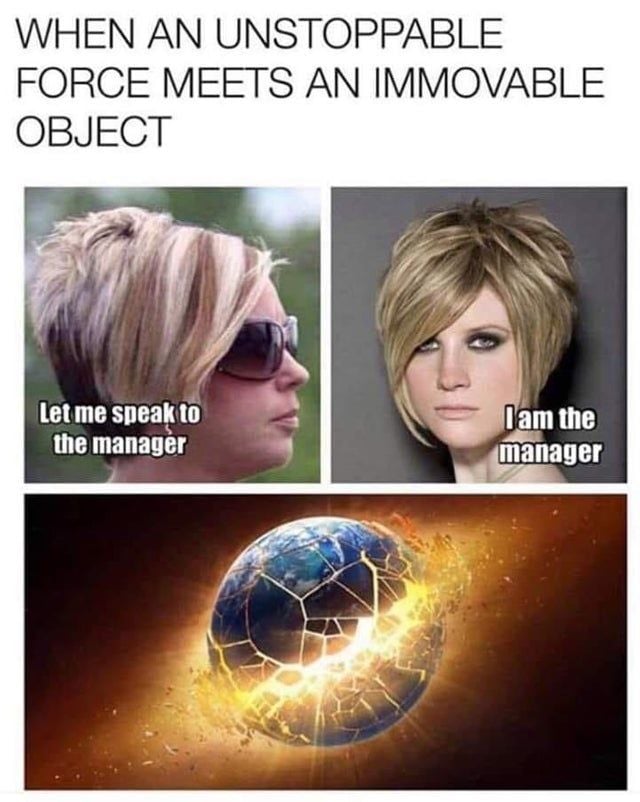 What is the Karen meme?

Who is Karen? She’s the middle aged white woman with three kids, a mum car, demands to speak to the manager, has a blonde highlighted bob, posts on Facebook four times a day, she’s against vaccinating her kids, loves cheap wine and her house is covered in “Live, Laugh, Love” signs.

In short she represents everyone who is insufferably offensive, culturally unaware, entitled and incredibly ignorant.

Where did the Karen meme come from?

The origins of the meme are a little hazy, with various people claiming where it started from. To be honest, I can’t remember a time when the Karen meme wasn’t on Twitter.

It’s thought to have originated from a Reddit thread where a guy was complaining about his ex-wife called Karen who took his kids away. A Reddit user then created a thread called “Fuck you Karen” based on other guy’s account and everyone started creating memes from that.

Another theory is it came from comedian Dane Cook’s sketch in 2005 in which he referred to Karen as the friend no one likes.

Others think it has been inspired by Karen from Mean Girls or Karen from Goodfellas.

One Twitter user has suggested the “Karen” meme was started by black women as a way to address to racial dynamics in the work place such as a racist manager or a middle class customer belittling staff on minimum wage. 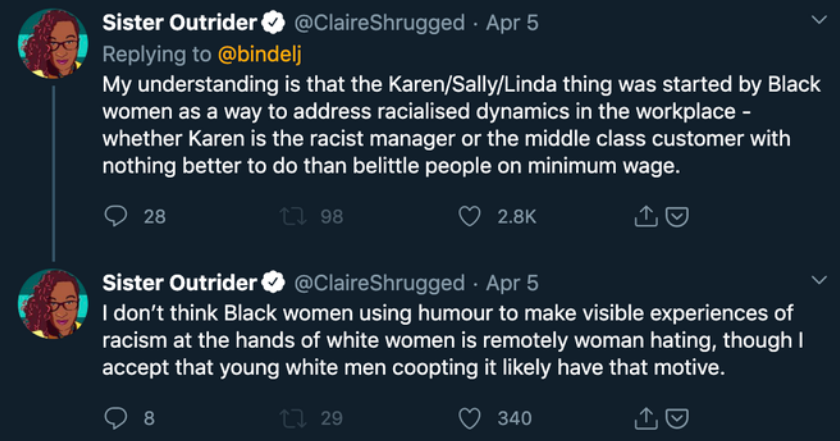 Where did the whole the “Karen meme” is problematic come from?

Karen memes were kicking off again on Twitter this week and an account ran a poll saying “Karen” was a slur, the equivalent of the “n-word” for white women and asked the people of Twitter if it should be banned.

Naturally a lot of people were pissed off at the thought of comparing the two words which have completely different meanings and histories. Some users questioned if it was a joke, others tweeted about the painful legacy attached to the n-word and many pointed out you can’t even spell out the “n-word” and yet people expect “Karen” to be treated as a slur. 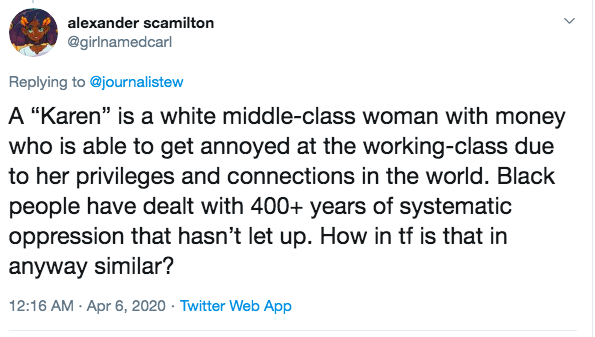 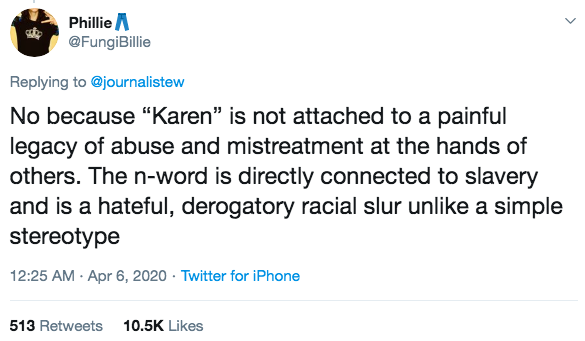 Things then got even more heated when a journalist said on Twitter she thinks “Karen” is a slur that is based on woman hating. She said: “Does anyone else think the ‘Karen’ slur is woman hating and based on class prejudice?”.

Another writer backed her up and said she thought the word was “sexist, classist and ageist.” A lot of people then replied asking the women if they knew “Karen” is used to describe middle class white women being casually racist.

Is it actually problematic?

The general consensus is a big fat NO. It definitely can’t be equated to a slur particularly one as sensitive as the n-word. A few people have tried to make cases for “Karen” being problematic.

One argument is the meme is incredibly gendered and is used to mock and ridicule women. Another  few people on Twitter suggested the meme is used to degrade working class women, when in fact the traits associated with Karens are usually found in middle class women.

Do people called Karen actually give a fuck?

One of the viral tweets about the whole Karen saga, is from an actual white woman called Karen. She said her name isn’t a slur and if you disagree with that she needs to speak to your manager. What a woman.

Here are some jokes memes about the whole Karen debate being so something Karen would do:

Literally no one thinks that, Becky. https://t.co/2Ai8mhsW4P

There is an actual global pandemic going on and people are really using this time to get #Karen classified as a slur pic.twitter.com/sY0ck8JOUq

Of course Karen thinks Karen is a slur.
That is what makes her Karen.
It is like a self fulfilling prophecy. 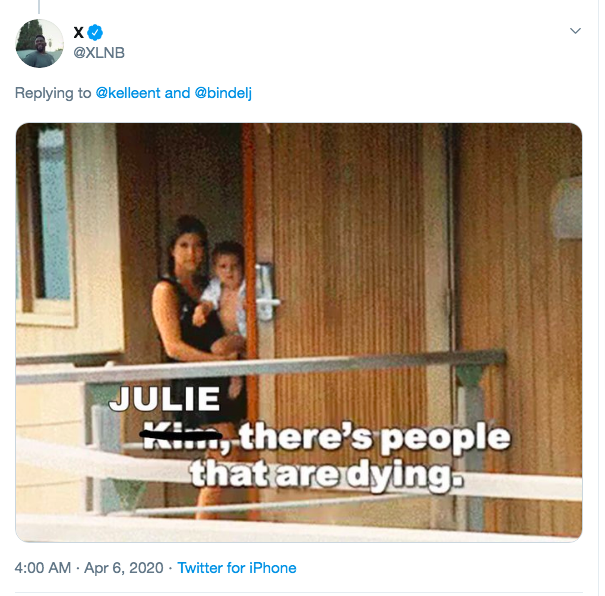 •What does ‘Bomboclaat’ even mean and why has it replaced Sco Pa Tu Manaa?