Last week, Netflix released crazy true crime documentary Tiger King. One of the main people in the documentary is Carole Baskin, who the Tiger King himself, Joe Exotic, is currently in prison for plotting to kill. She’s had her say on what she thinks of the new documentary and it’s safe to say she’s not happy.

On her Big Cat Rescue website, Carole has created a page called “Refuting Netflix Tiger King” where she basically talks about how angry she is with her portrayal in the seven-part series.

She says: “When the directors of the Netflix documentary Tiger King came to us five years ago they said they wanted to make the big cat version of Blackfish (the documentary that exposed abuse at SeaWorld) that would expose the misery caused by the rampant breeding of big cat cubs for cub petting exploitation and the awful life the cats lead in roadside zoos and back yards if they survive.

“There are not words for how disappointing it is to see that the docuseries not only does not do any of that, but has had the sole goal of being as salacious and sensational as possible to draw viewers. As part of that, it has a segment devoted to suggesting, with lies and innuendos from people who are not credible, that I had a role in the disappearance of my husband Don 21 years ago. The series presents this without any regard for the truth or in most cases even giving me an opportunity before publication to rebut the absurd claims. They did not care about truth. The unsavoury lies are better for getting viewers.” 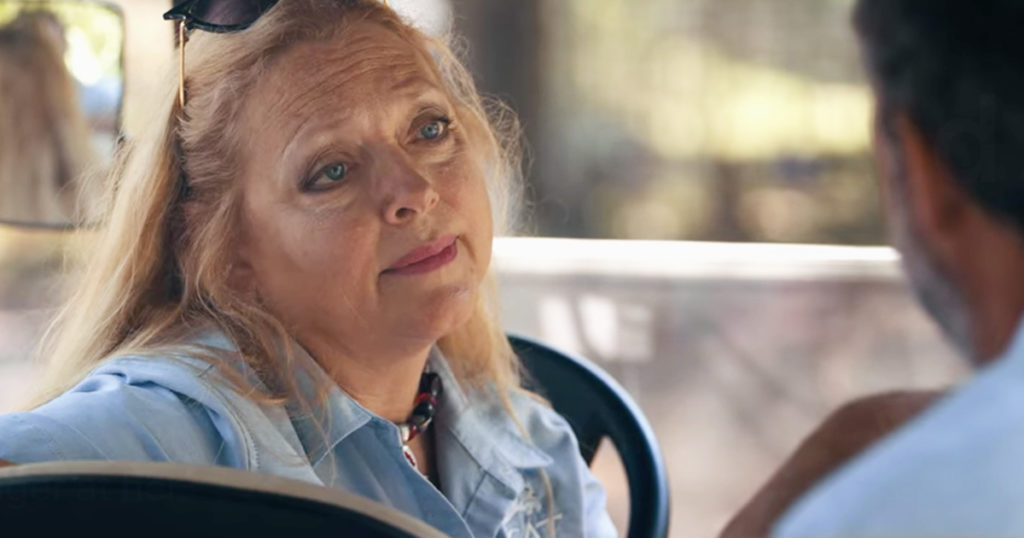 Carole Baskin goes on to pick apart the documentary and share her opinions and side of the story. Here are some of the highlights of what she says.

In the Netflix documentary, Carole’s ex-husband Don Lewis is referred to as a millionaire multiple times. However, Carole says when she met him this wasn’t the case. She says: “Everyone repeats the lie that Don was a millionaire when I met him. If you search the property records you will find he only owned two real estate properties at the time. He may well have been worth six figures and, coming from a very modest background, would have felt he was rich. No one, including Anne McQueen [Don’s assistant, interviewed in Tiger King] who had access to his books, has ever provided any bank records or other evidence that he had more than that.”

She says the Tiger King interviewees are liars

Carole claims her and Don caught Anne McQueen “embezzling roughly $600,000 in properties by buying them with our funds and putting them in her name”. She adds this is “not the best sign of integrity, credibility, someone to believe.” 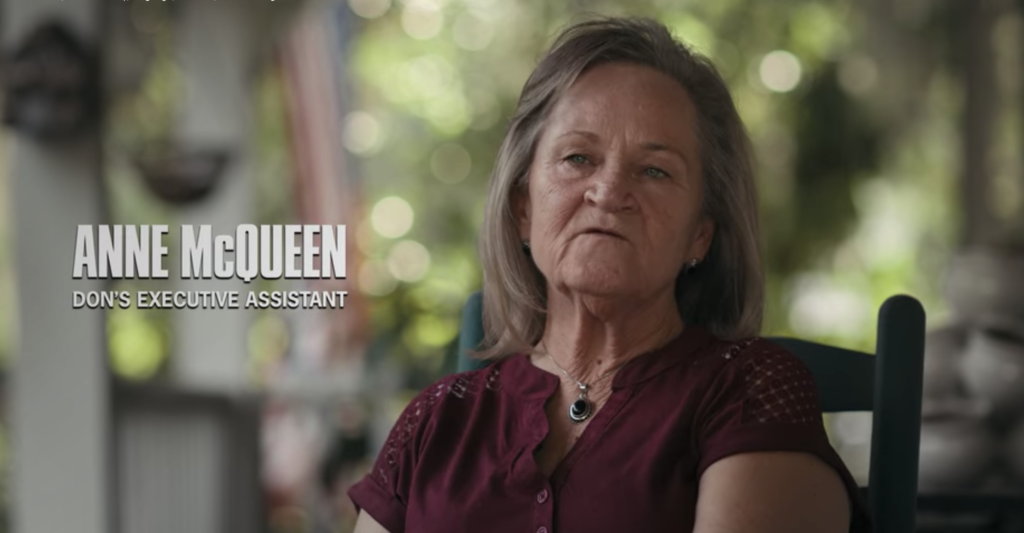 Carole Baskin goes on to say she “feels for” Don’s ex-wife Gladys and her daughters, who are interviewed at length in the documentary. Carole says: “I feel for Gladys because every woman in Don’s orbit adored him. He could make you feel like you were the only woman in the world; the only one who understood him; the only one he ever really loved. In the series Gladys makes it sound like she told Don their marriage was over when she found out about me. Don had been unfaithful to her for years and it was well known by her and generally.”

Carole claims Gladys wanted to marry someone else when she divorced Don and had requested a quick divorce where she would settle for one million dollars. Carole adds: “In 1996, despite their prior divorce settlement agreement, Gladys, who freely accuses me of being ‘greedy’, filed a suit claiming she was entitled to more.” 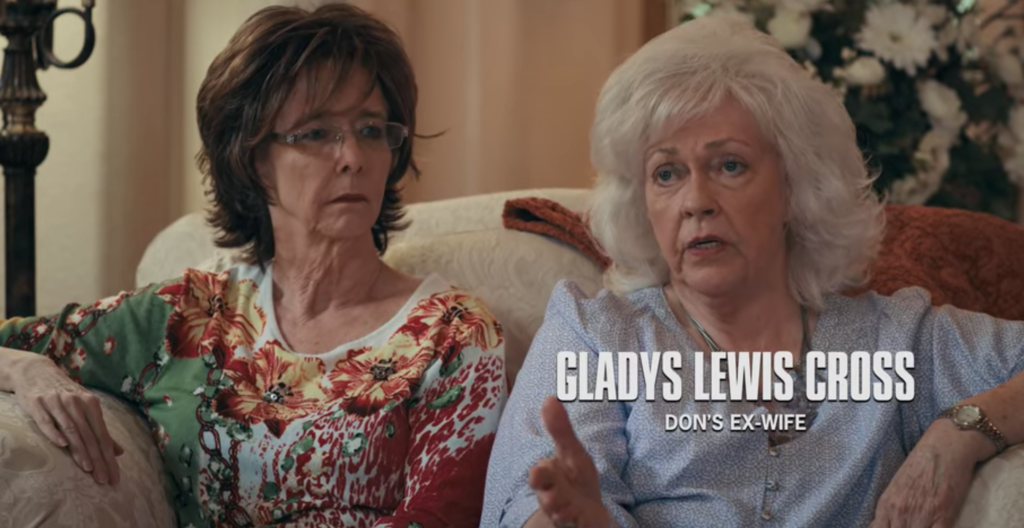 Carole concludes this point by saying: “Gladys and her daughters had strong selfish motivation to lie and make implications about the meat grinder and Don being buried on the property 23 years ago that have absolutely no basis in fact whatsoever and they continued to do so in the series.”

Carole also has her say on *that* strange restraining order

In the Netflix documentary, it is claimed that Carole Baskin’s ex-husband Don had applied for a restraining order against her, claiming she had made threats to kill him and he feared his life. Carole says there was a much more rational explanation for the order, which was denied anyway.

She says: “Don spent one week per month in Costa Rica. Don was a man who wanted to have sex daily. He would go to Costa Rica during the week I was having my menstrual cycle. I accepted this as something I had to live with. During the week he was away, I would haul off the property as much of the junk as I could.” She explains Don tried to phone the police to get them to stop her from getting rid of the junk, and the police said he needed a restraining order. Carole says it’s unclear whether it was Don’s idea or it was suggested to him to say she was threatening to make it easier to get the restraining order granted.

An entire episode of Tiger King on Netflix is dedicated to the crazy theories surrounding the disappearance of Don Lewis. And Carole Baskin has a lot to say about it all. Here are some her thoughts, condensed:

• “Anne claims Don told her to give the document to the police if anything happened to him. If someone tells you that, and the person disappears two months later, do you ‘forget’ that, as Anne claims? No, you remember and give it to the police immediately.”

• “Don had told me about people going to Costa Rica and disappearing. Our Costa Rican attorney, Roger Petersen, said the Helicopter Brothers were the local version of the mafia and Don was loaning them money. That is why I included ‘disappearance’ as an event that would activate the Power of Attorney. I am sure attorney Joe Fritz is correct that this is unusual.”

• “The entire discussion of whether Don’s small planes could fly to Costa Rica was totally irrelevant. The planes could not fly that far and no one ever suggested they could.”

• “The claim was made by Kenny Farr [Don’s handyman in the doc] that the police did not examine the van. It was the police who found the van at the airport, not me.”

• “The Meat Grinder. This is the most ludicrous of all the lies. As Gladys and the daughters did everything they could to make life difficult for me after Don disappeared, they spread this rumour that they thought I had ground Don up and fed him to the cats. And the media loved it. The meat grinder shown in the video was enormous. Our meat grinder was one of those little tabletop, hand crank things, like you’d have in your kitchen at home. The idea that a human body and skeleton could be put through it is idiotic. But the Netflix directors did not care. They just showed a bigger grinder.” 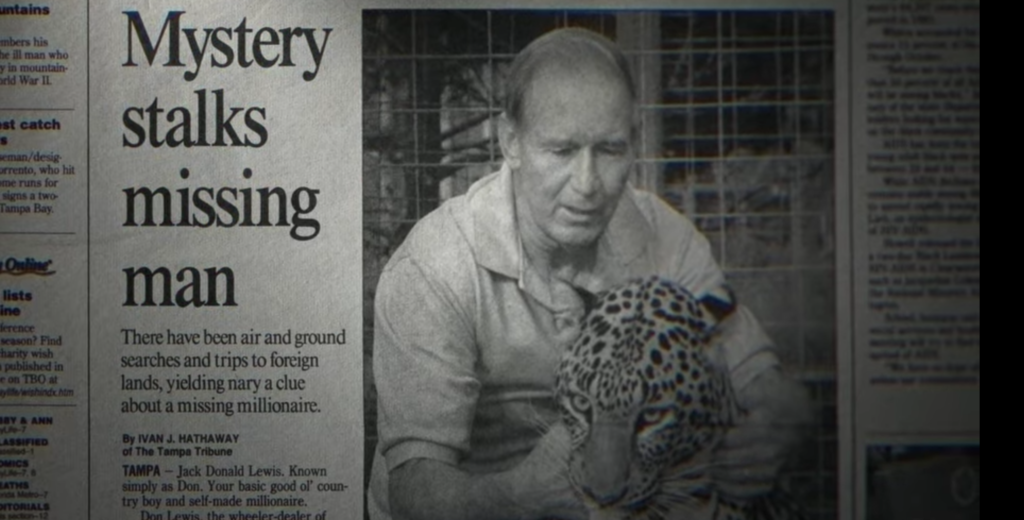 In a concluding paragraph called “The Bottom Line” on the website, Carole Baskin says: “Don was not easy to live with and like most couples we had our moments. But I never threatened him and I certainly had nothing to do with his disappearance. When he disappeared, I did everything I could to assist the police. I encouraged them to check out the rumours from Costa Rica, and separately I hired a private investigator.”