This is all truly unhinged

It seems as though everyone right now is watching Tiger King on Netflix. And who can blame them? It’s full of bizarre big cat owners, a disappearing husband, a murder-for-hire plot and so many twists and turns you’ll end up with whiplash. So if you thought Joe Exotic was bizarre in the Tiger King documentary, you should wait until you see him in this Louis Theroux episode.

Joe Exotic appeared on Louis Theroux: America’s Most Dangerous Pets back in 2011. The synopsis for the show says: “Travelling to America’s heartlands, Louis Theroux spends time with an Oklahoma man who has bred and collected over 150 tigers, visits the woman who privately owns one of America’s largest collections of chimpanzees, and finds himself in uncomfortably close contact with a number of big cats and dangerous primates.” 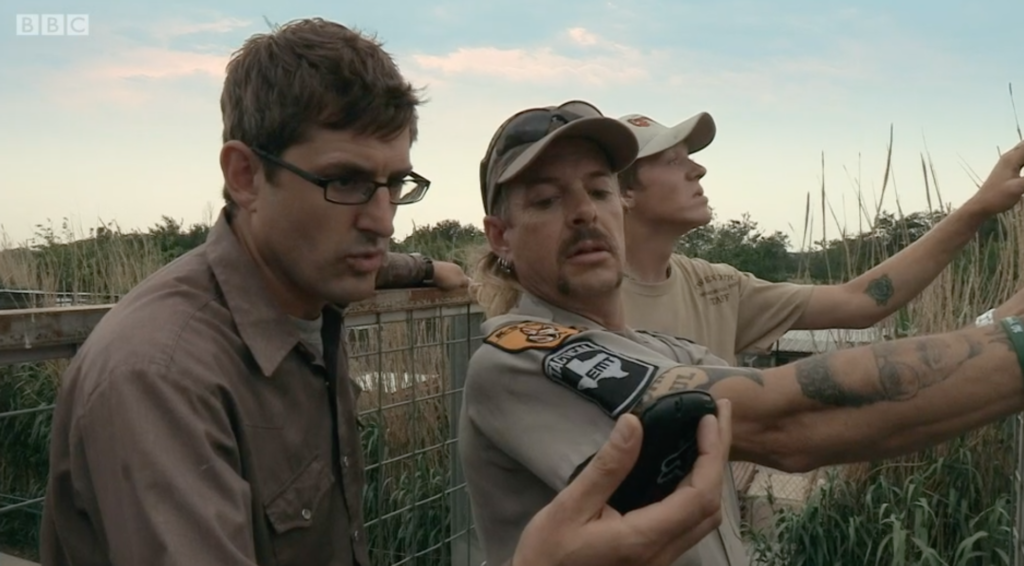 In one bizarre clip, Joe Exotic is seen telling Louis Theroux that if he got into the cage with the tigers he would shoot him in the head. Joe tells Louis they don’t encourage the tigers to growl or jump up the cages. Joe says: “If he was to get you and not kill you and eat you right away, he’s going to torment you. So, if you were to get in there and I was out here trying to get you out he would be on top of you covering you up. I’d just shoot you, it would be more humane.”

Louis replies: “You would shoot me? In the head?” And Joe Exotic says “yeah” and then creepily giggles. Yikes.

Here’s a clip of Joe Exotic with Louis Theroux to give you a little taster:

The full episode sees Louis pull into GW Exotic Zoo just as a tornado is forecast and all the animals are placed into lockdown. Louis learns all about the park and how Joe got involved in the big cat scene in the first place. Louis shadows Joe Exotic through his daily routine and gets stuck in at the zoo. 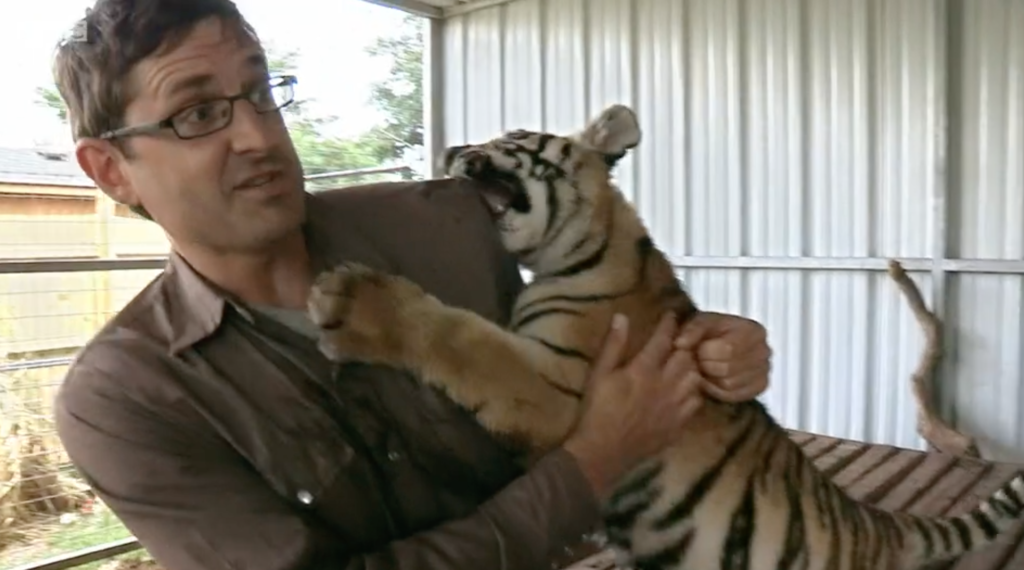 You can watch the full episode here.

Joe Exotic can be seen in Tiger King on Netflix and Louis Theroux: America’s Most Dangerous Pets on BBC iPlayer right now. For all the latest Netflix news, drops and memes like The Holy Church of Netflix on Facebook.