Where is Joe Exotic from Netflix’s docuseries Tiger King now?

He continues to protest his innocence

Today Netflix released what is already being called one of the craziest documentaries ever, Tiger King: Murder Mayhem and Madness. The series is all about the life and crimes of Joe Exotic – but where is he now?

The wild Netflix doc shares all of the twists and turns in this crazy and almost unbelievable case. Here is everything you need to know about Joe Exotic and where he is now, since the Netflix documentary series. 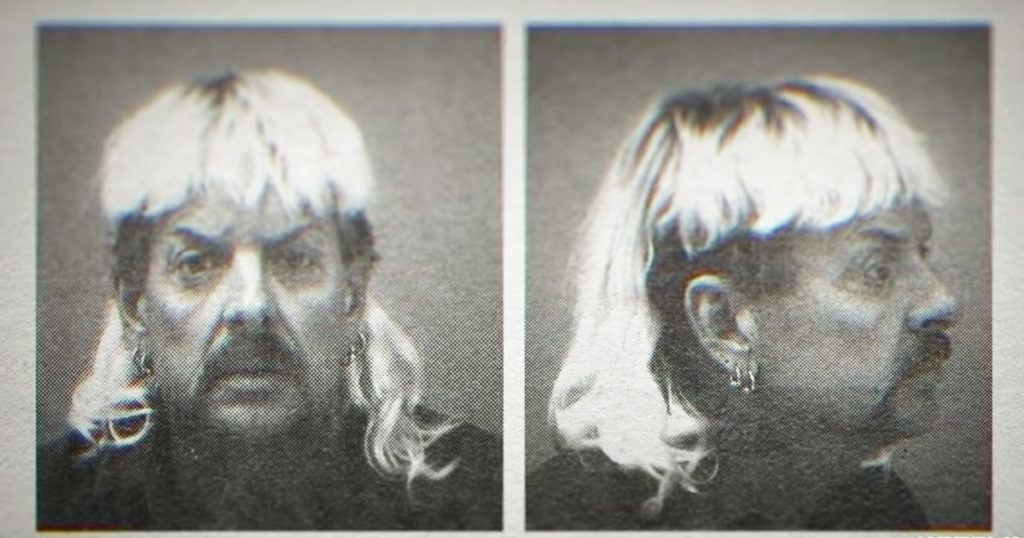 Tiger King: Murder, Mayhem and Madness ends with Joe Exotic being sentenced for two counts of murder-for-hire and 17 wildlife charges. On January 22nd this year, the 57-year-old who is also known as Joseph Maldonado-Passage, was sentenced to 22 years in federal prison.

Joe Exotic was arrested in September 2018 after he had given a former employee at his zoo $3,000 to travel to Florida and kill his critic and rival, Carole Baskin. He was found out when this attempt fell through and he was recorded promising an undercover FBI agent $10,000 to commit the crime instead. 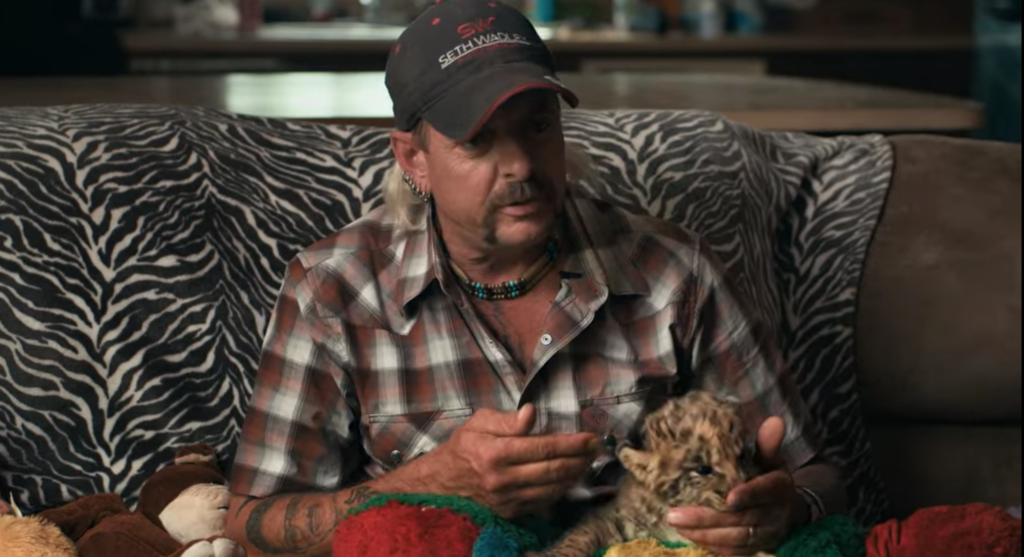 According to The Oklahoman, when he was sentenced Joe Exotic argued he had two incurable diseases and needed to go home to care for his ill father. In court he reportedly said: “I know that I’ve done wrong. I know that. I will never be here again.”

It is reported he constantly blamed the zoo’s new owner, Jeff Lowe, of setting him up and said the government witnesses lied about what he said to the FBI agent. But the judge told Joe Exotic he had been “doing as you please” in life and was repeatedly trying to explain things away and blame others.

Carole Baskin’s family are said to be happy with the 22-year sentence. In an email to The Post, Carole’s husband Howard said: “We feel justice was served. And we were particularly pleased with the emphasis the judge put on the wildlife charges and on using this sentence as a deterrent to others.”

Carole and Howard Baskin, via Netflix

Since his sentence, Joe Exotic has made many attempts to protest his innocence. He reportedly said in a statement: “I still maintain my innocence and look forward in the upcoming days to my attorneys filing my appeal and moving on to the next step in this nightmare.” He protests that he has been framed for the crimes.

Joe Exotic is now three months into his sentence and is currently being housed in Grady County Jail in Oklahoma. He is 56-years-old, so most probably will not be released until he is around 78.