Why did we not see this?!

A lot happened to Jessica Batten on Love Is Blind. She got stuck in a dramatic love triangle with Barnett, got engaged to Mark, fed her dog wine, argued with Mark over their 10-year age gap, and let’s not forget their wedding. But it turns out there was even MORE going on in Jessica’s journey – she had a third man she was dating which we didn’t see!!

As well as her pod dates with Barnett and Mark, Jessica sparked up an interest in Taylor Lupton, but this was not shown on the show. Taylor is literally just known as the guy who came in, said he was a virgin and was never seen again. And that’s because the majority of his time didn’t make the cut. 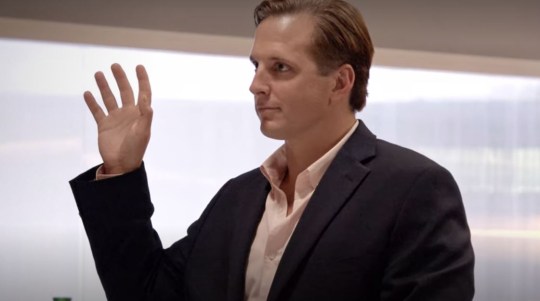 Taylor in Love Is Blind, via Netflix

When discussing what viewers didn’t get to see, the show’s producer, Chris Coelen, told the Metro: “Taylor Lupton, that guy who talks about being a virgin early on, he actually had a strong connection with Jessica. But ultimately she really zeroed in on being interested in Barnett and Mark.

“We couldn’t do justice to everything that happened in the pods.”

Oh, what could have been. I beg this be addressed in the reunion show.

• Here are 25 more iconic Love Is Blind memes, all about Jessica