People spotted him on the boardroom floor

The more eagle-eyed viewers among us spotted him, and tweeted how confused they were about the mystery guest.

What the hell happened in the boardroom?! Is that guy ok?#TheApprentice pic.twitter.com/NSL71u2YXv

One tweet said: “What the hell happened in the boardroom?! Is that guy ok?”. Others seemed convinced that the person is one of this year’s candidates: 19-year-old Ryan-Mark Parsons. I mean, it does look a lot like him.

Then to add to the confusion, Ryan-Mark tweeted himself saying: “Happens after every Boardroom #TheApprentice”. 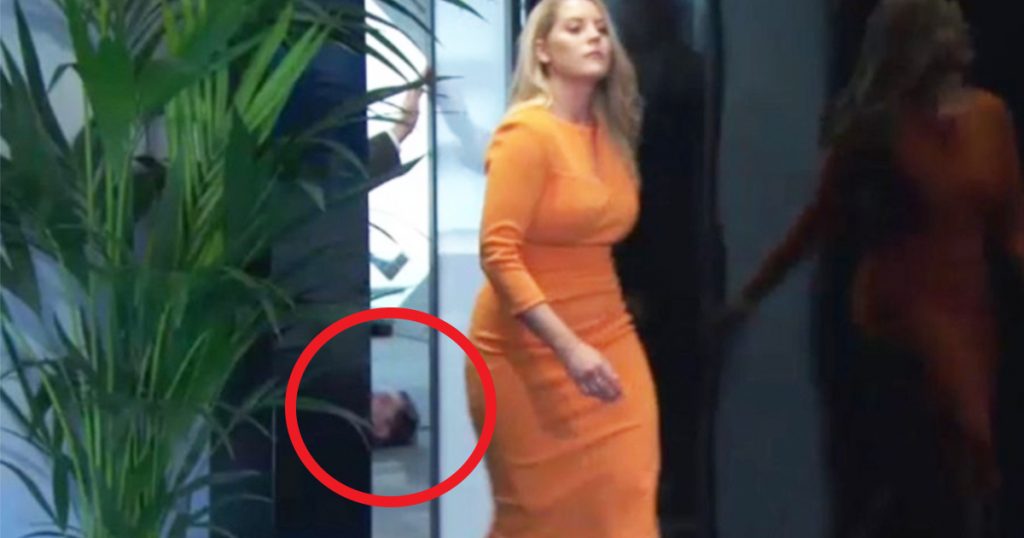 But sorry to ruin the party, the mystery floor man is not Ryan-Mark. But he was the one to clear it up. He told The Tab: “It’s a member of production pressing the play button for the adverts” – which is a lot less fun.

This week, the candidates had to rebrand Finland as a summer holiday destination. As part of the task, they were asked to create a short advertisement about travelling to the country. The man on the floor was on hand to press play when Lord Sugar asked to watch the videos produced by each team. And obviously, he’s lying on the floor so he doesn’t get in the shot. Unfortunately the crew didn’t think about the clip of them leaving the boardroom where he is quite clearly there.

• This is where all The Apprentice 2019 candidates went to uni