The apparent Area 51 raid is tomorrow, here’s everything you need to know

People have already been arrested

Remember back in July when everyone went wild saying they were going to storm the top secret US air base, Area 51? Well the apparent Area 51 raid was scheduled for tomorrow.

It might have technically been cancelled, but people are still talking about the event, sharing the memes, and two people have already been arrested for trespassing into the area.

Here's a rundown of everything that's happened so far in the great Area 51 saga and everything you should know ahead of the big day tomorrow.

What started the Area 51 raid plan?

If you can't quite remember, back in July a Facebook event was circulating called "Storm Area 51: They Can't Stop All of Us" where over a million people listed themselves as "going".

Conspiracy theorists believe the area is kept top secret because alien activity is taking place and the government is keeping aliens there. Obviously raiding it was a stupid idea, as trespassers to the zone are said to be shot.

The Facebook event described the plan, saying: "We will all meet up at the Area 51 Alien Centre tourist attraction and coordinate our entry. If we Naruto run, we can move faster than their bullets. Lets see them aliens."

Btw, Naruto running is named after Naruto Uzumaki, the star of the Japanese anime series. He basically sprints with his arms stretched behind him.

The theory was if everyone went to Area 51 together, the US government literally couldn't shoot them all. Everyone could finally "see them aliens" that the theorists believe are there.

The page was taken down in early August, because it went against Facebook's community standards.

What was the government response?

The seemingly innocent internet prank got a very stern response from the US government, who really didn't find it funny. The government responded to the event and said they were "ready" to protect the US and its assets.

Laura McAndrews, a spokesperson for the US Air Force, told the Washington Post they were aware of the event and said: "[Area 51] is an open training range for the U.S. Air Force, and we would discourage anyone from trying to come into the area where we train American armed forces. The U.S. Air Force always stands ready to protect America and its assets."

In other words, don't even dare.

What did the event organisers do?

One of the users on the event who had come up with the "plan" posted saying: "P.S. Hello U.S. government, this is a joke, and I do not actually intend to go ahead with this plan. I just thought it would be funny and get me some thumbsy uppies on the Internet. I’m not responsible if people decide to actually storm Area 51."

Matty Roberts, the 20-year-old college student who started the event as a joke, pulled out due to worries about the infrastructure and the Area 51 raid was cancelled, technically.

Matty Roberts told the Las Vegas Review Journal: "[It] was either going to go one of two ways. We saw the red flags and we pull out, or we could have ignored those and have it turn into a Fyre Festival 2.0 on our hands. That’s not something I want to be part of."

Roberts and the other event organisers instead planned a music festival at the Downtown Las Vegas Events Center.

The Facebook event said the raid was scheduled for September 20th 2019. It was from 3am to 6am local time.

The time zone in Nevada is Pacific Daylight Time, which is GMT -7. So, Area 51 is seven hours behind the UK. Given this time difference, the raid would take place at 10am UK time.

What would happen if people did try to raid Area 51?

If everything goes to plan, two million people will storm the front gates of Area 51 tomorrow.

They definitely wouldn't be welcome there. Signs around the area reportedly say trespassers are subject to "deadly force"

According to The Washington Post, in 2014 a tour bus accidentally drove past the warning signs. The truck was stopped by people in "military garb" and everyone on the bus was threatened that they would be arrested and fined. The driver was charged.

Where is everyone at? I'm ready to free the aliens.

So if people did going ahead with the Area 51 raid there's a risk of arrest, being fined and yeah – being shot.

How many people are apparently storming Area 51?

The original Facebook event had nearly two million people listed as going and another million or so listed as interested before it was taken down. The event was deleted and another was created. This had a further few hundreds of thousands of responses.

People have already been arrested for going near the zone

But it looks like despite the obvious danger of you know, being shot down, some people are actually still trying to attempt some sort of Area 51 raid. People have already been arrested for going near the 24-hour surveillance and government protected area.

Two YouTubers travelled from the Netherlands to Nevada to visit the site and were arrested for trespassing.

Nye County Sheriff’s Office said in a video statement that officers were called to the Nevada National Security Site, a government nuclear facility 10 miles from Area 51 after two men were spotted inside the perimeter. 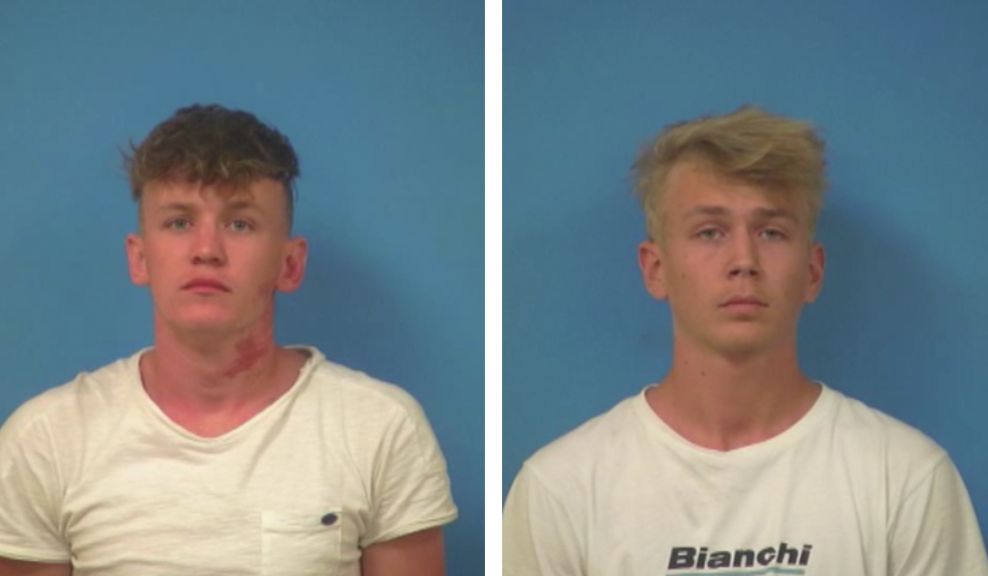 The trespass took place on September 10th. A car was parked near a gate, approximately three miles into the protected area. The vehicle belonged to 21-year-old Govert Charles Wilhelmus Jacob Sweep and 20-year-old Ties Granzier.

They told police they had seen the no trespassing signs, but wanted to take a look at the facility. Ties Granzier told police he is a YouTuber and several cameras, a laptop and a drone were found in their car. They had taken video footage of the site. They were both arrested and charged with trespassing.

Can you actually get flights there?

Obviously you can still get flights to nearby airports in Las Vegas and America. However, the Federal Aviation Administration (FAA) is shutting down airspace above Area 51 just in case.

There are flight restrictions in the area from September 18th to September 22nd – and there's definitely no coincidence that the "raid" was going to take place right in the middle of those dates, on the 20th.

The FAA says the temporary flight restrictions are for "special security reasons."

• These are the wildest examples of people texting their ‘number neighbour’