Love Island's latest dumped Islander Joanna has been spotted getting very close and hugging 2018 contestant Jack Fowler at the airport.

The pair have been pictured touching each other's faces, hugging and Joanna was picked up by Jack with her legs wrapped around him. So, just wondering, what is going on here exactly? ?

On Sunday, Joanna Chimonides was voted out of the Love Island villa and said she wanted Michael – who she was coupled up with – to leave with her. Now she's flown back to the UK and it seems like it's "Michael who?" as she embraces Jack Fowler.

Twitter has gone into meltdown over the pictures. Someone who spotted the pair in the airport posted them saying: "just bumped into Joanna and last year's Jack from #LoveIsland, lots of tears ?". The replies include: "I see more chemistry between these two than with her and Michael."

More pictures of Joanna touching Jack's face are circulating Facebook. In the comments someone says: "Omg this needs to be shown to Michael, poor lad". 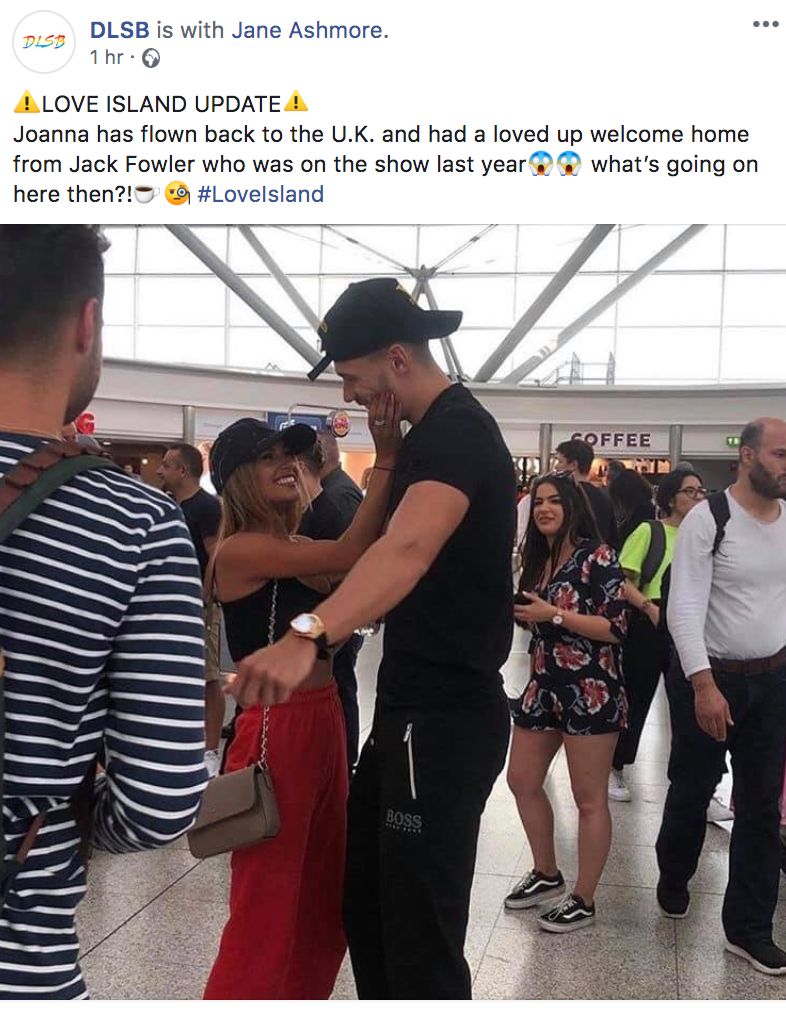 The pair don't even seem to care about their blatant PDA. Jack posted a video of them together at the airport on his Instagram saying: "Look who I found, welcome home babe."

Now I'm not sure what all this means, but tbh they look good together so I back it A LOT.

Michael probably won't mind anyway, because in tonight's episode he confesses he still has feelings for Amber. You just couldn't make all of this drama up.