As one Islander leaves, three more enter. It's hard to keep track of Love Island bombshells these days. One of the latest new arrivals is Harley Brash, who is no stranger to Islander life.

Harley is one of three new bombshells entering the Love Island villa tonight. The others are Irish pro rugby player Greg and vegan chef India.

Here is everything we know about Love Island new arrival, Harley Brash: 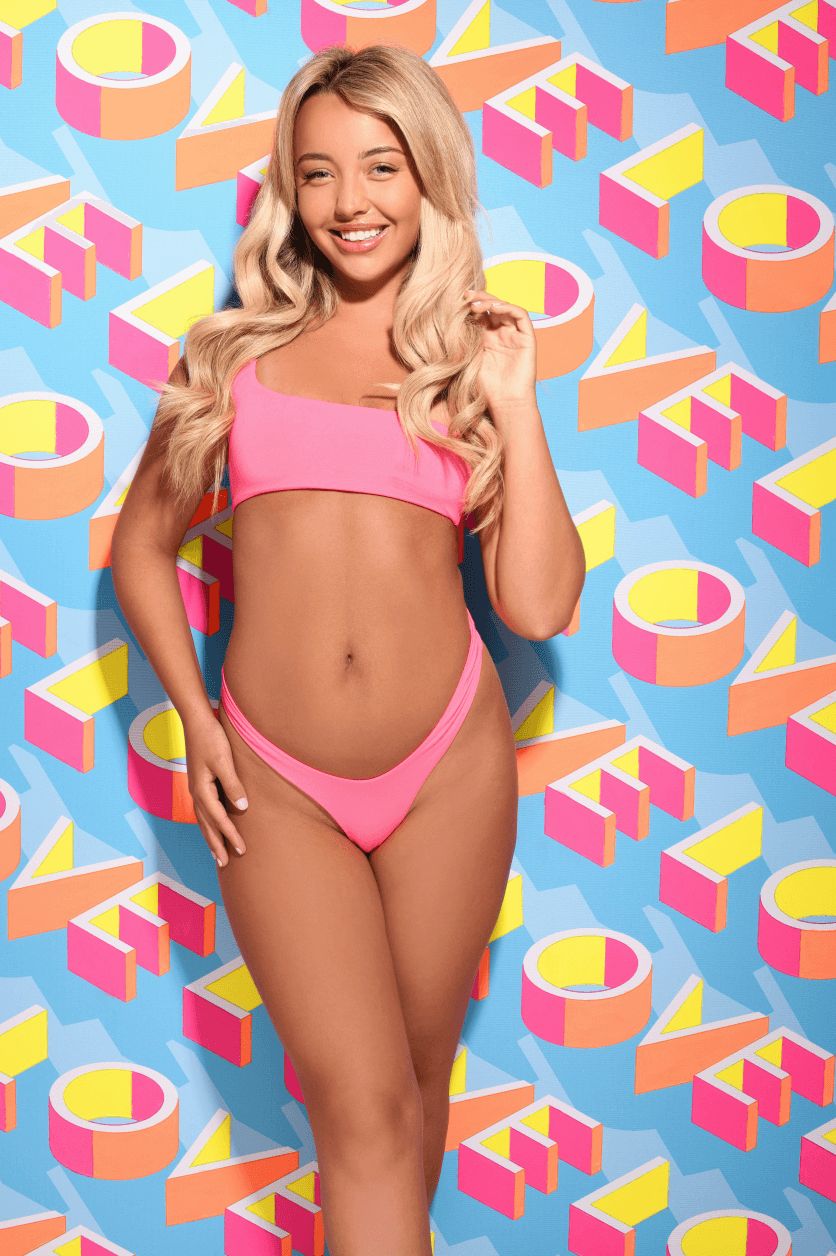 Harley Brash is 20 and from Newcastle

20-year-old Harley is the second Geordie girl in the villa. She works as an estate agent and has been single for a year. She already has 31.5k followers on her Instagram account, a figure which will obviously rise by A LOT when she's on Love Island. 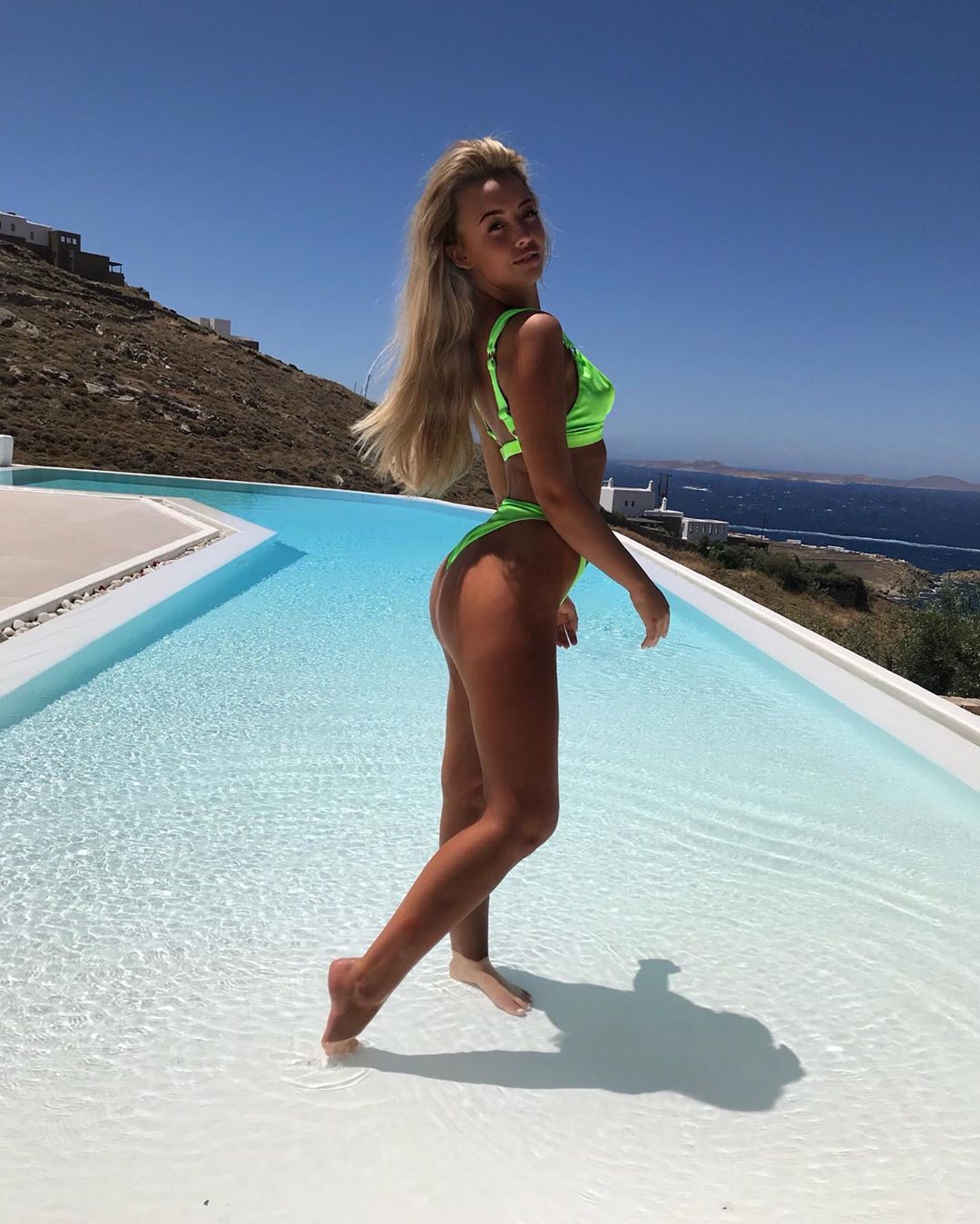 She describes herself as a positive and loving girls' girl

She said: "I’m looking to find love. I’m a girls’ girl but I wouldn’t be afraid to step on some toes if I have to. I’m such a positive person I hate negative energy, if you’ve got that stay away from me!

"My best bits are that I am always positive and happy; I am very caring and I am very loving. My bad bits are that I can be very needy. But I’m only needy when I want to be, otherwise I need my own space. I can be a bit of a spoilt brat so I need someone to keep me on my toes." 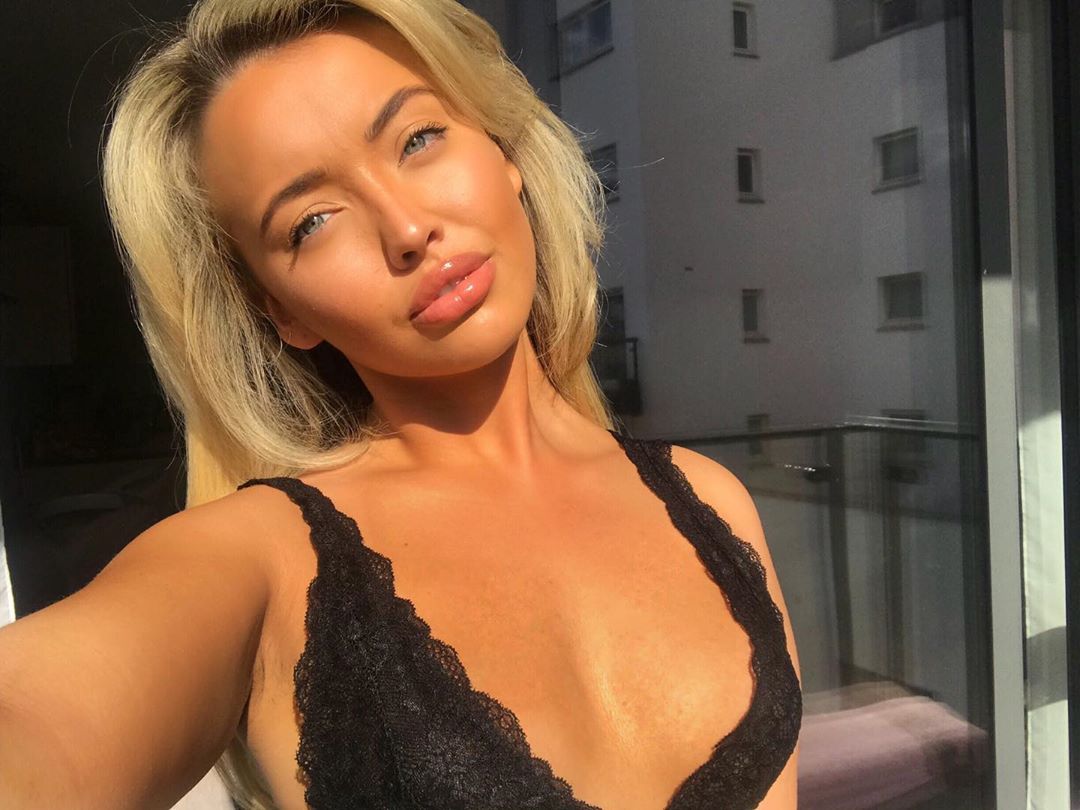 Harley rates her looks a seven out of 10

She said: "I’d say I was a seven out of 10, above average. I’ve got lovely feet! My lips are my best feature, I get complimented on them all the time."

She's besties with Ellie Brown, and friends with a lot of ex-Islanders

Her Instagram page is filled with pictures of her with 2018 Islander Ellie Brown. They are both from Newcastle. Ellie said in the series last year she knew Adam Collard, and so does Harley. 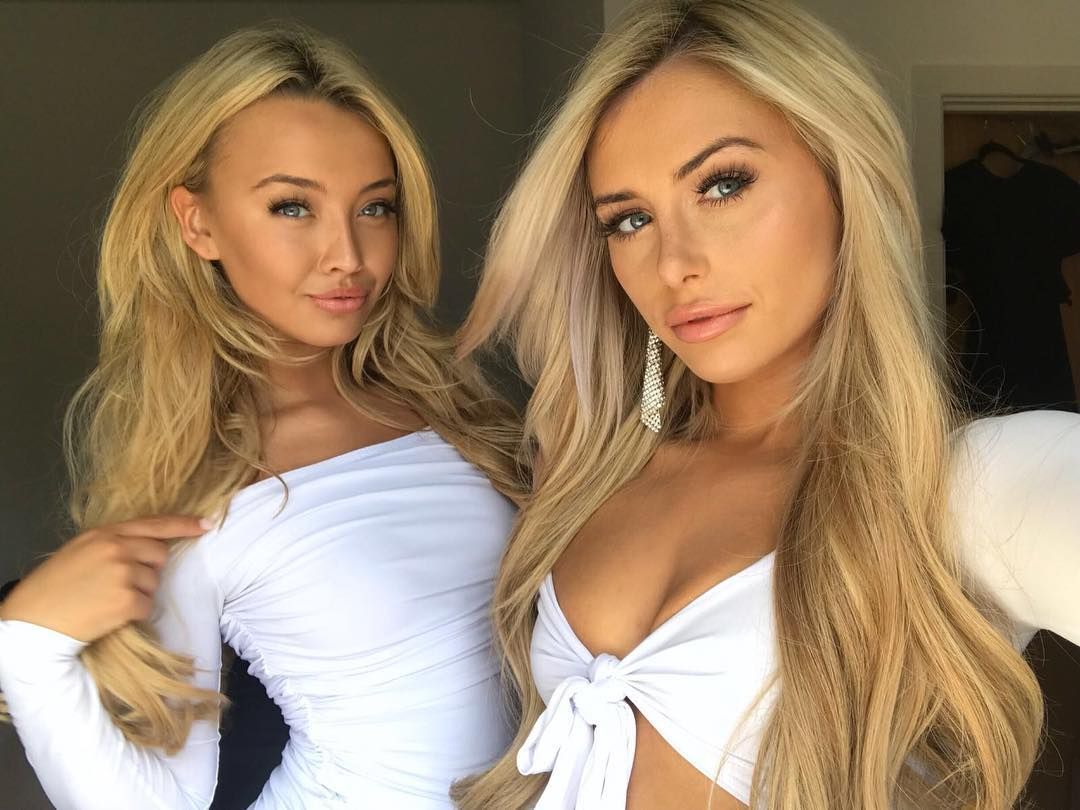 Harley said: "Ellie Brown is my best friend, she is amazing, we are like sisters. My mam and her mam were best friends so we’ve known each other since we were little. We’ve always stuck together.

"I know Zara McDermott through Ellie too. I also know Adam Collard well, he’s such a lovely boy. We went for dinner and were pictured and it was suggested we were dating but we’re just friends."

On one of her most recent Instagram pictures about her entering the villa there are supportive comments from lots of old Islanders. These include Kaz Crossley who commented: "????Mad ting!!!", Adam Collard said: "Go on trouble, smash it", Stephanie Lam said: "Maaaad go on Harls ?" and Samira Mighty said: "As iffffffffffffff ❤️?❤️".

There are countless other comments from Islanders, the Geordie shore cast and the Shipwrecked cast. Harley has a pretty wide sphere of TV pals. 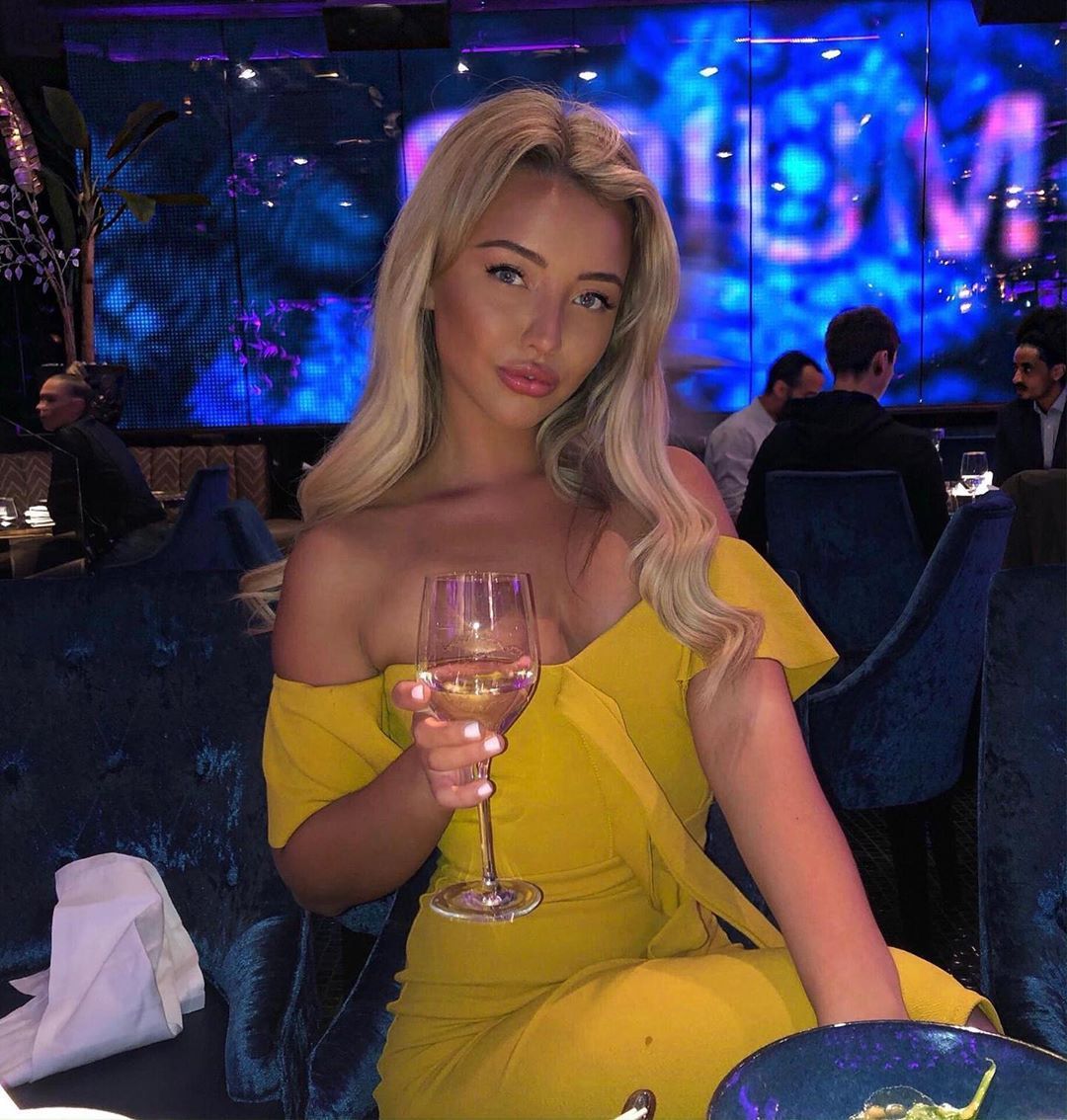 And she met Amber once on a night out!!!

She said: "I know of Amber – who is in the villa – I see her on a night out but I don’t know her too well so it’ll be good to see her in the villa."

Harley has her eyes on Ovie, Anton and Michael

She said: "I think Ovie is absolutely beautiful, he is stunning so he is basically my perfect man. I also think Anton comes across really funny so I’d be open to getting to know him.

"I really fancy Michael but I think he is a bit misunderstood. He’s lovely to look at though, I could definitely just look at him!"

When asked to describe her perfect man, Harley said: "My perfect guy would be lovely and tanned. I need a man, I don’t want a boy, I need someone who will take care of me and put me in my place. My whole life I’ve had everything given to me on a plate so I need someone to give me the chase. If you don’t give me the chase, I will get the ick and I won’t fancy you. And I need a guy who is funny." 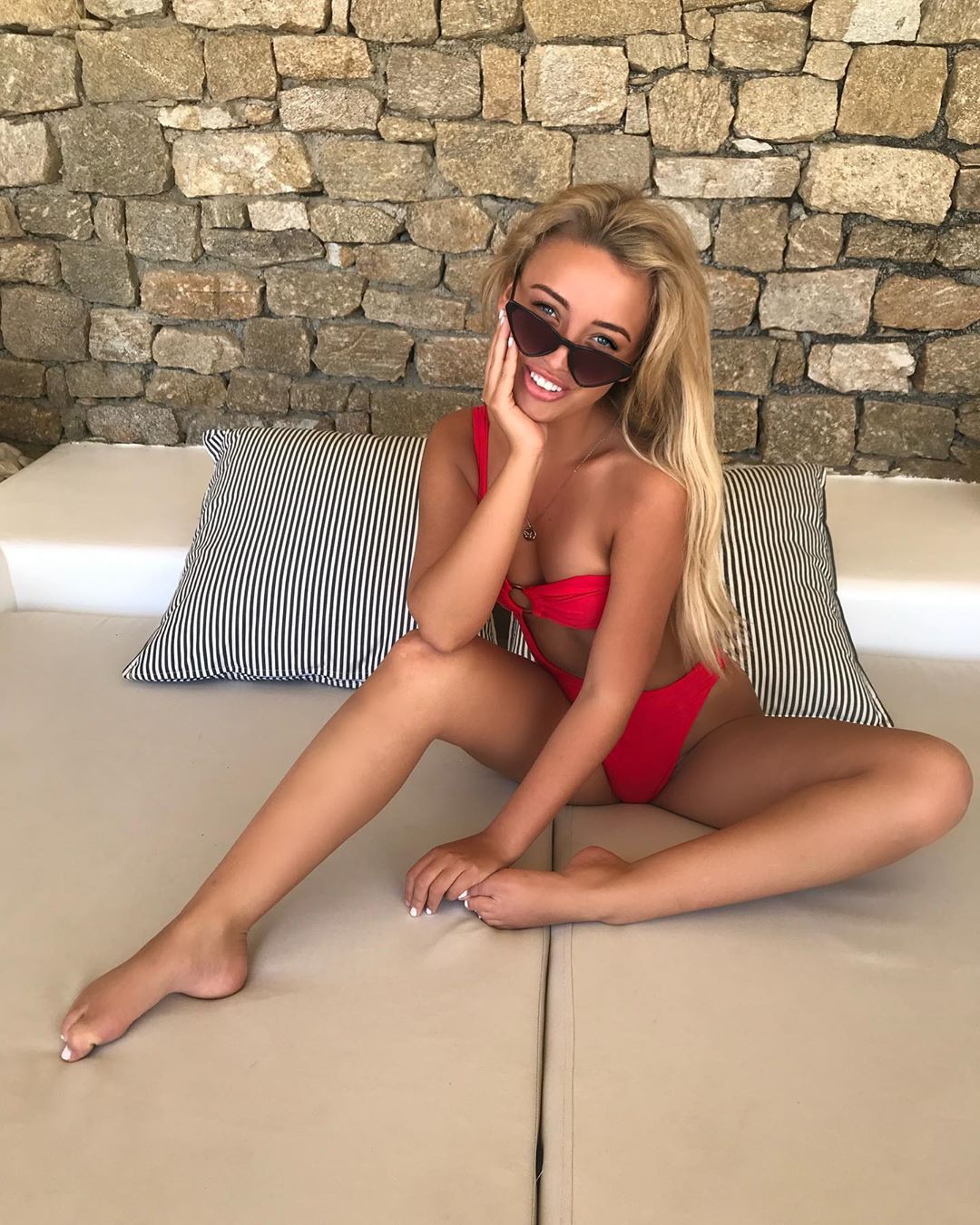 Harley Brash will enter the villa alongside two other bombshells