The Love Island Rich List: These are the Islanders making the most money

Once upon a time, people went on Love Island to find love, or at least have thoroughly mediocre under-the-cover sex for the enjoyment of the British publish. That is not longer the case.

The winners of series two, Alex and Olivia Bowen, have the largest combined net-worth out of all the other contestants. The magazine coverage of their wedding last September bagged them a reported £25,000 magazine deal. 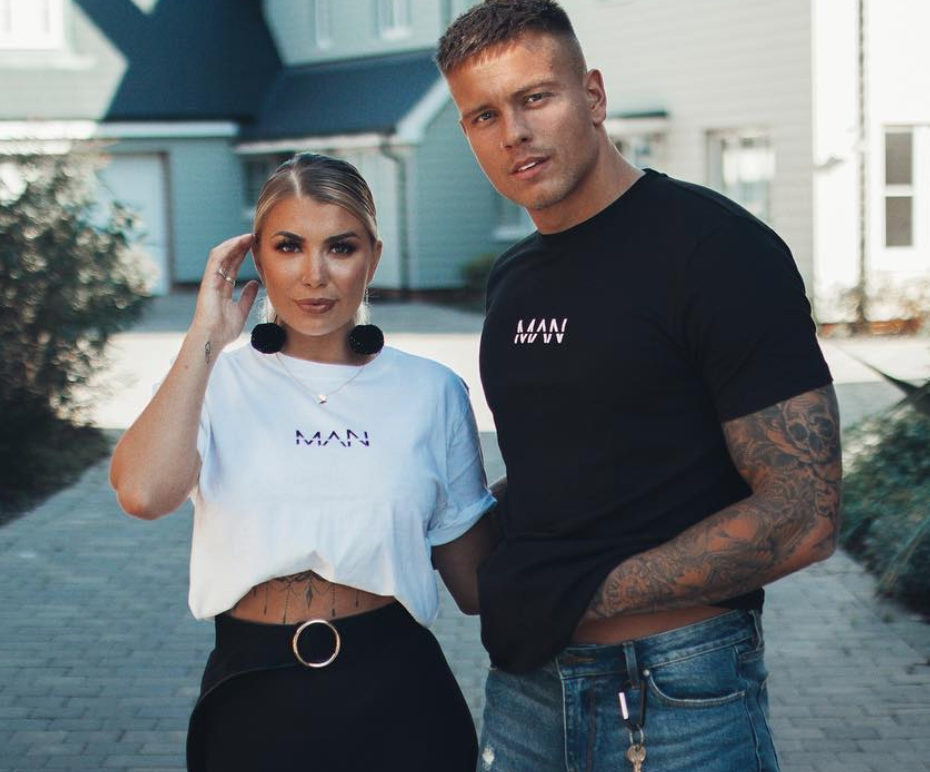 Like all the Islanders, the couple also make a great deal out of sponsorships being social media influencers. The pair are expected to make £2,000 per post – which they do daily.

The couples own fashion label, Exempt Society, is also said to earn them at least £950k in the next two years.

Summer party time! We’ve teamed up with @VKdrink & they’ve got your summer style sorted! Get a mixed pack at @tescofood and get 20% off at New Look ???? #VKSummer #ad

Last year’s winner became the face of Mark Hill hair products which is said to give her a six-figure contract.

?? My swimwear is LIVE ?? WIN my whole swim collection for you & your best friend!! To enter: – Like this pic – Tag your bestie below – Both follow @inthestyle Winner picked tomorrow babes and I hope you love my collection! Can’t wait to see you wearing some of it xx ?

Dani also has her own range in In The Style said to be worth about £750k.

Dani and her ex-boyfriend Jack Fincham also earned money from their partnerships with Lucozade Zero and Cadbury’s. The pair are also expected to have earned a lot from their spinoff on ITVBe.

Further to this Dani has released a best-selling auto-biography and starred in Nativity: The Musical – a West End show Dyer played alongside her dad.

? #LIKE TO #WIN £1k to spend on my brand new @danidyerxx summer range which is launching Sunday ?? TO ENTER: 1) Like this post 2) Tag your bestie you’d share with below 3) Make sure you BOTH follow @inthestyle & me to enter Good luck! Winners announced Tuesday and the new collection launches SUNDAY 6pm ! I am so in love with this range girls and can’t wait for you to see it ? 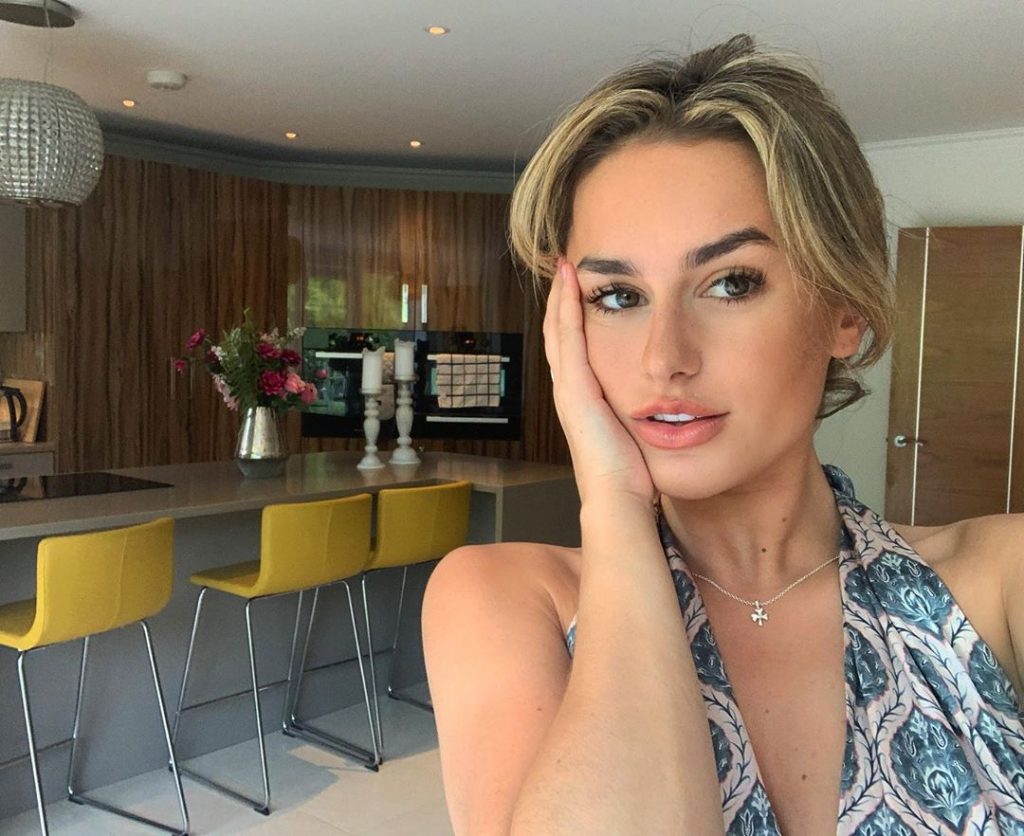 Amber also has contracts with Boux Avenue and Motel Rocks.

She has had a leading role in the musical Dolly Parton’s musical 9 to 5. Like Dani and Jack, she has also had her own ITVBe special off the back of the musical.

The series three winner (with Amber) has high-earning contracts with BoohooMAN, Sainsbury’s and Primark.

Kem has also done a number of presenting jobs for different television shows including being a showbiz corespondent for Good Morning Britain and This Morning.

Kem would have also profited from his two spin off shows Chris & Kem: Straight Outta Love Island, and You Vs Chris & Kem.

So excited to finally reveal that I’ll be launching a menswear collection in May! I’ve spent the past 6 months working with Primark designing a range that I would want to wear?I hope you guys like the clothes as much as I do & it’s arriving just in time for summer! @primark.man #PrimarkMANXKem [AD]

Just what the doctor ordered… ?? thanks to @ubereats_uk for delivering this food. #UberEats #ad

It is said that for every public appearance Chris does, can make up to £5k an hour. An hour!!!

Chris also works with brands such as Jaffa Cakes, McDonald’s and First Choice.

Chris similarly would have profited from all his shows with Kem.

Chris now is also a presenter for ITV’s horse racing coverage, also earning him quite a lot of money.

Since leaving the villa with her now ex Scott Thomas, the couple appeared at club nights together supposedly charging £10k per appearance.

When you see your food coming at the restaurant ?

McDermott has also started her own fitness programme and beauty line, By Kady, to bring in extra cash.

Gabby’s launched her own fitness app, which soon became no.1 in the Apple Store. Since then she has reportedly signed a £100k-a-year contract with another fitness app.

On top of this Gabby gains around £3k per sponsored Instagram post, has written her own book and released her own clothing line with Quiz.

?? GIVE AWAY!!! ?? Its only 7 days until my book Shape Up is out!!! ??? this is your chance to win a free signed copy of the book & you’ll receive it on time to smash the 4 week plan with me starting in May 5th ??? all you have to do is LIKE & TAG someone below who you think would love the book! Tag yourself if you want! ??? the count down to our summer bodies is on! ☀️❤️ 5 winners announced monday!!!!

Olivia, like Kady McDermott, makes up to £10k per hour per club appearance.

Further to making £2k from social media posts, Olivia has her own magazine column in OK! Magazine.

Since leaving the villa she has also appeared on other television shows like Celebs Go Dating.

Like Dani, Olivia also has her own In The Style Range, and is said to have invested in some pricey property.

Since leaving the villa Megan has turned down club appearances, and other big money offers such as sponsored Instagram posts.

Happy International Women’s day to all you amazing ladies? This is something I’m super passionate about so I’m supporting the #everybodyinplt movement today. Outfit @prettylittlething ?? #ad

However, Megan does have contracts with PrettyLittleThing and Avon, and is said to be releasing her own book soon.

Megan is also taking part in the next series of Celebs Go Dating where she will make even more money.

2019 is MY year! So many exciting prospects, can’t wait to share with you all ✨

A lot of the money Jack has made since the end of series four has been from public appearances in clubs and his spin-off-show with Dani.

Jack has also made some endorsements with big companies such as McDonald’s and Protein World.

He is also appearing on the next season of Celebs Go Dating which will add to his net worth.

• These Love Island 2018 contestants made the most money from Insta

• Megan and Wes will REUNITE for the first time on Celebs Go Dating!!!