Another one bites the dust

Charlie secretly dumped Ellie and kicked her out of his house?!

A source revealed to OK! Online that Charlie dumped Ellie, kicked her out of his flat, which resulted in her "trying to find somewhere else to stay." The insider said they got back together after that but has implied their relationship has since been on the rocks.

And just yesterday Ellie was photographed leaving a dinner date in tears and in a separate cab to Charlie. Why won't they just give up already?

Someone left a comment on her Instagram post, saying: "Stunning!!! But please buy a new bag." Ellie shot back: "This is another really silly thing going around. I obviously own other bags, I’ve been away from home for over two months now and it’s the only bag I took to Love Island with me. The one time I did go home my priority was seeing my family, when I have a chance to collect more things from home I will but it’s a bag and it’s a nice one I got from my parents for Christmas… get over it guys!”

Dan Osbourne finally reveals the truth about the Gabby drama

In case you didn't know, earlier this year former TOWIE star Dan Osbourne was alleged to have had an affair with Gabby Allen. They were pictured on a yacht while his wife was heavily pregnant and after Marcel cheated on Gabby during their romantic holiday. But both Dan and Gabby have always stated that it definitely didn't happen and they're just friends.

On last night's episode of Celebrity Big Brother, he confessed: "Everyone in the house sees we are just mates, but if anything it makes us look more guilty, and those pictures. We are just mates – but I just f**k around too much. I don’t know what to do with myself." What does it all mean? So did they or did they not have an affair?!

The worst has happened, Dr Alex is now officially a TV doctor

He revealed in an Instagram post: "Great to be on Good Morning Britain today, and excited to announce I will be the resident TV doctor on the show next week!! Make sure you’re watching every day from 6am on @itv #DrAlex." MR Ahohahoy is going now going to be on your TV every morning.

Great to be on Good Morning Britain today, and excited to announce I will be the resident TV doctor on the show next week!! Make sure you’re watching every day from 6am on @itv ??‍⚕️ #DrAlex

Zara was spotted picking up her dad outside her old work

What an utter coincidence! Zara's dad also works in the government's Department of Education! 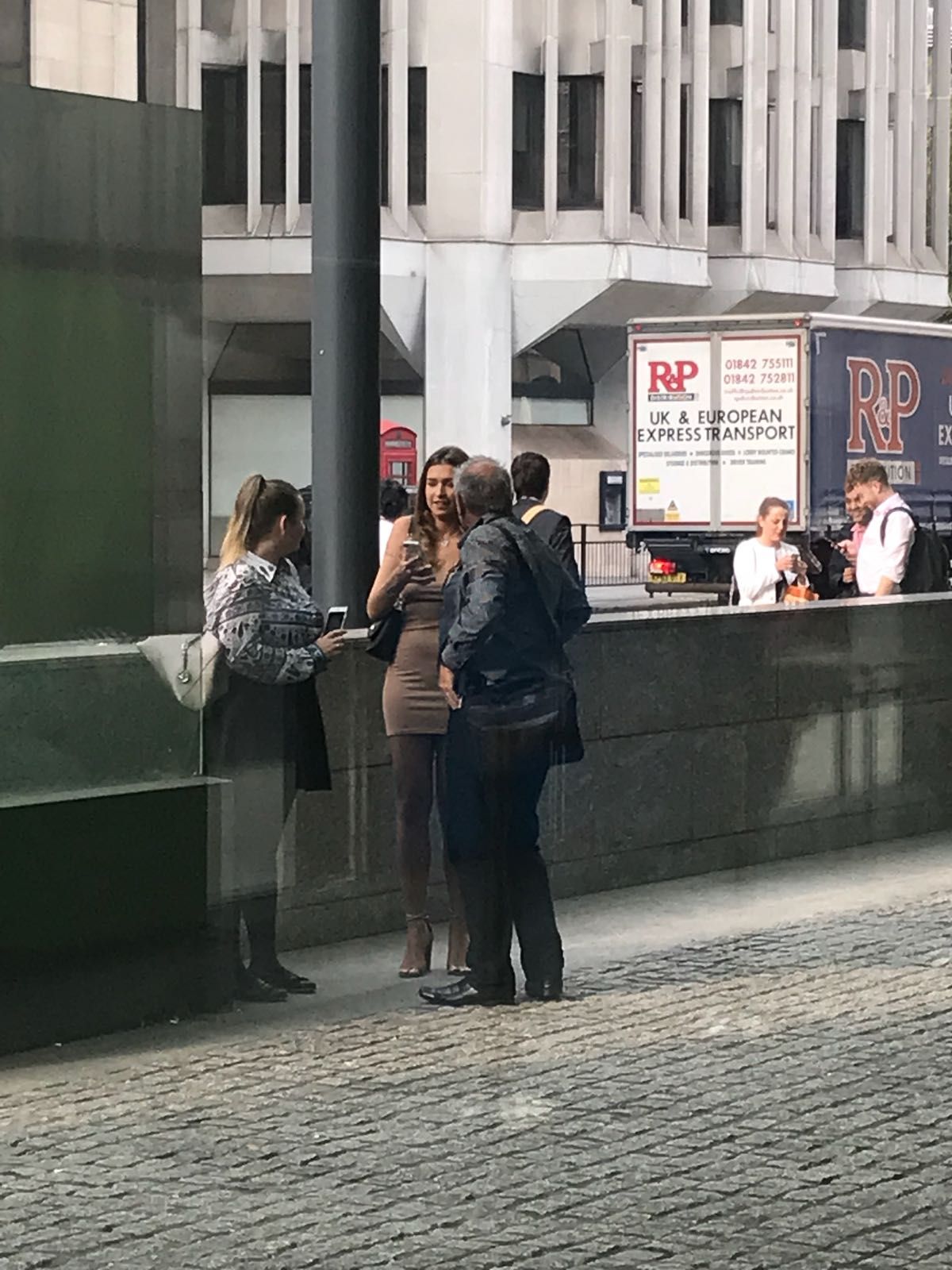 A lot like the three girls he used to have on the go at all times, amirite?

Could Liam Payne get any more tragic than grinding the most irrelevant celeb at a Bebe Rexha's gig before the VMAs? No. See the pictures here.

Kady McDermott is now going out with Miles from TOWIE

Remember that guy Courtney Green went out with a few weeks ago? Well he's now going out with Kady McDermott. Wow, a lot can happen in a few weeks.

Remember new Josh from Love Island? Me neither, but he has posted some extremely NSFW pictures of himself on Instagram

This dating app is exploding right now @revealdating. Girls swipe in secret and are only seen by guys they like. Lads, simply set up your profile and see who likes you! Would this be too much for my profile pic? ? #gamechanger #advert

She revealed on Lorraine: "I would probably have a couple of the Made in Chelsea girls as bridesmaids." Louise also hinted that Binky's 14-month-old daughter India could be a flower girl. Just imagine the Hello! spread now.

Talking of bridesmaids, Olivia Buckland drops Cara as one of hers

Olivia wrote in her most recent New! column: "Cara's got Freddie now and when I asked her [to be my bridesmaid] she was a lot less busy and I thought she could handle the pressure, but we spoke about it and she's so busy with Freddie and she's got so much on her plate that I felt like it was pressuring her." So relax, they're still friends.

Frankie noticed a fan trying to get a video of him during a train journey, so he filmed her on his Instagram story. He captioned it with "You film me, I film you." When people started calling him out for embarrassing her to this millions of followers, he went up to her and asked if she wanted a selfie with him. Yeah, nice one mate.

Forget the fact he has "Excuse me I got a text ?❤️ ‘Bruv’ of Dani. Great bruv of Kiki " in his bio. 33,200 people follow him. And yes, one of them is be because he posts great content such as this:

All this #ShoppingForKiki is thirsty work #Cerveza y Tapas ??

Jamie Laing is in talks about going on I'm a Celeb

According to The Sun, show bosses got in touch with Jamie after his appearance on ITV2 sister show Extra Camp last year.

Holly Willoughby is replacing Ant in I'm a Celeb

A source close to the This Morning presenter told The Mirror: "Holly is 100% confirmed to be going into the Jungle this year as Ant's stand-in. It's been in the works for weeks as ITV were really keen on getting her in.

"They've taken their time announcing it as they wanted to be sure Holly could fit it in with her family and other work commitments."

On a train from Euston to Manchester, Maya "loudly instructed her PA to answer questions for her for a Hello! mag piece", reveals Popbitch!

• The REAL reason Megan cancelled all PAs and which Islander cut their hair off?!