Another day another doner

It is a truth universally acknowledged that a man in possession of a crisp £5 must be in want of a sizzling pile of doner meat. What I've set out to do in the last two weeks is to decide which fine establishment's doner meat we should plunge our unsteady plastic forks into.

I visited five of York's most popular Kebab houses – analysing each offering with deadly precision. Here are my findings. 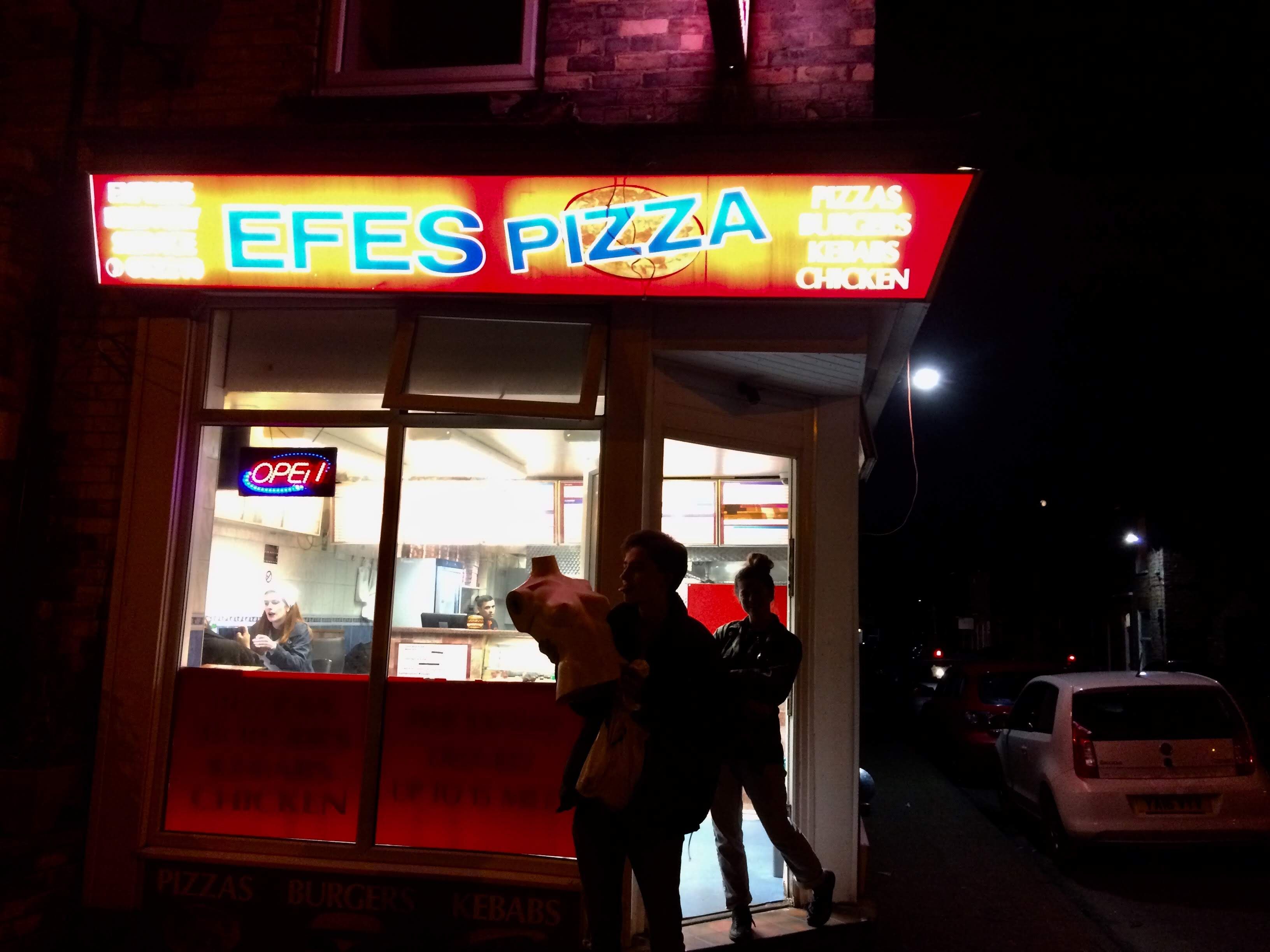 Antics ensuing outside of the famous Efes

Efes divides opinion. Some point to regular cans of pop on the house and a range a deep-fried delicacies, while others – including me on this occasion – are left questioning, well, pretty much everything.

To start, this is the most expensive kebab on the list. Coming in at a bank-breaking £6.80. This is due to their only being one size of doner kebab – you get a bucket full of doner meat whether you like it or not. This loses Efes some points, but the real let down with an Efes kebab is the self-assembly.

When being beckoned over to collect my kebab I was presented with a bag, inside of which lay a takeaway box of doner meat, a box of salad, a pitta and some sauce. This came as an unwelcome surprise, and led to me unsuccessfully trying to assemble my kebab as those last couple of Jäegers coursed through my system. 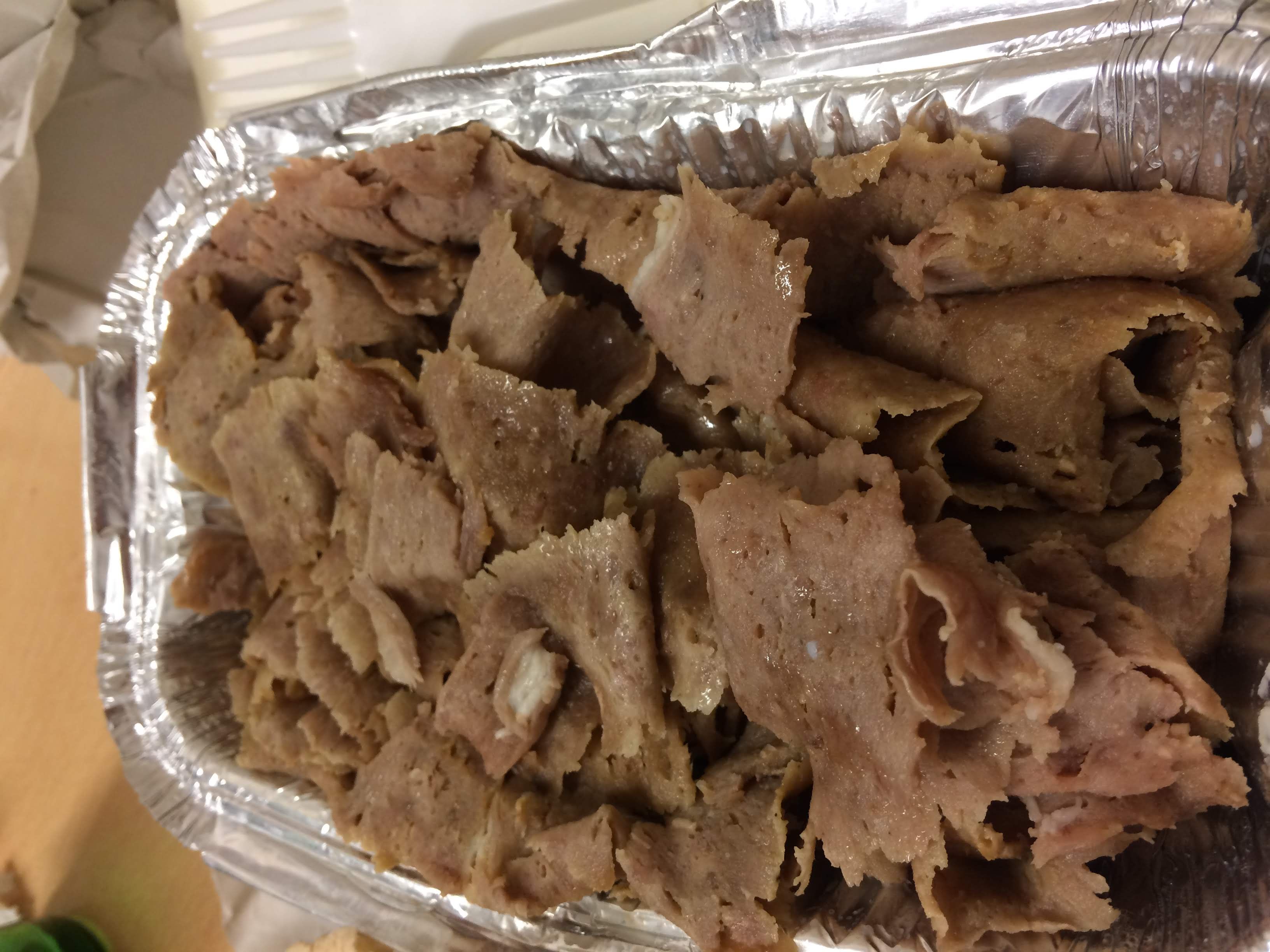 The doner meat left a lot to be desired

To add to this, you are left with a copious amount of doner meat, that in my experience will go cold and start to congeal in its takeaway box as you struggle to plough through it. I do understand that an Efes kebab could be gold as a takeaway, but sub-par meat and sheer inconvenience makes it a big no from me. 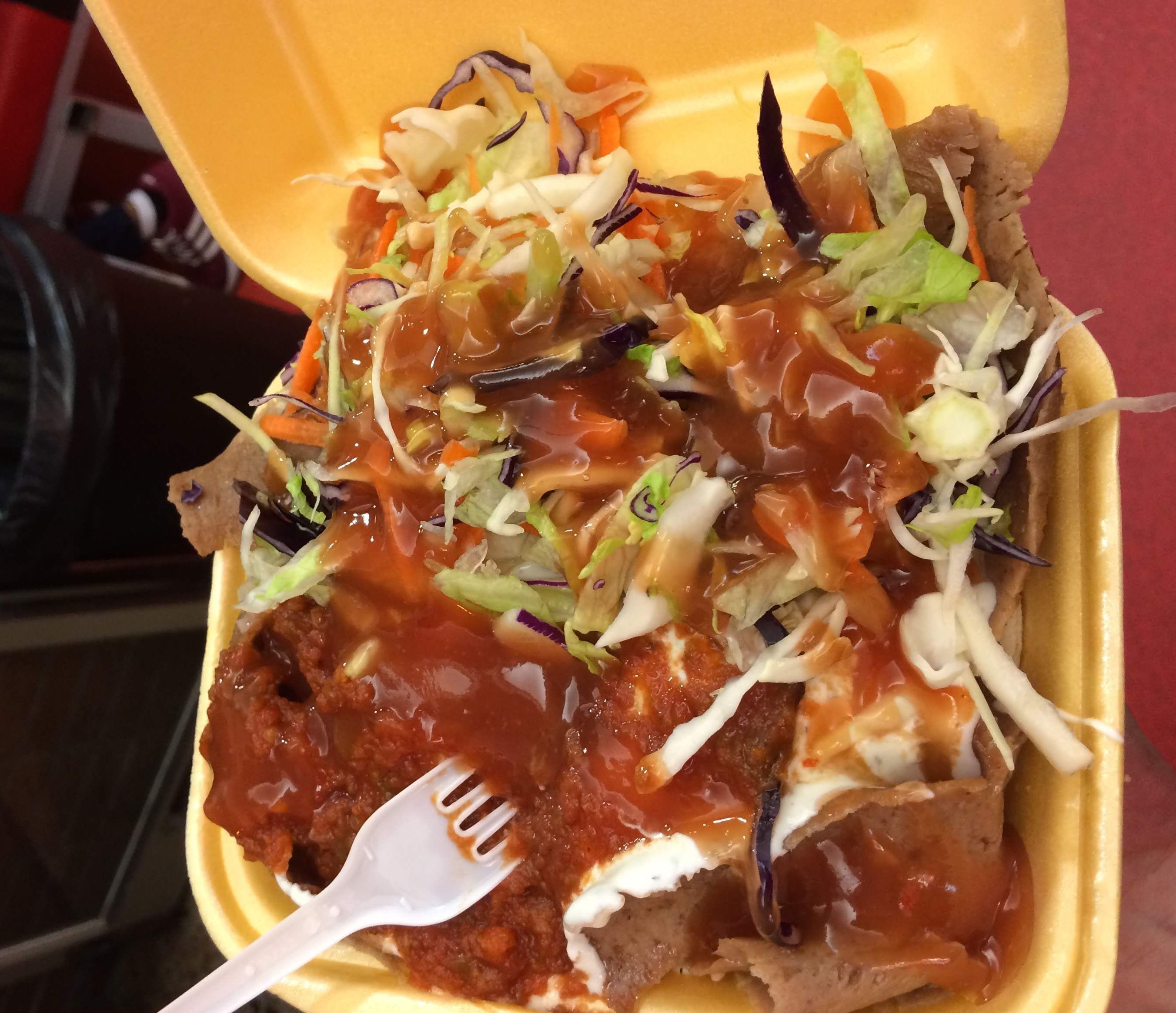 Salt & Pepper is no doubt the busiest kebab house in York. It sits in a formidable position, no more than 50m away from Society, Flares and Salvos, right next to the bus stop. Salt & Pepper has you trapped.

Their medium kebab comes in slightly overpriced at £6 but delivers a solid experience. The meat is tender, and you get a good amount of sauce. The addition of crisp carrots into the classic lettuce and red onion salad is also a nice touch. However, I'm pretty sure I've only ever eaten half of my Salt & Pepper kebab. No matter how far I hide it up my t-shirt, the eagle eyed 66 bus drivers always spot it. This kebab could have got a higher score, but we are dealing with fine margins here and that £1 extra on the price knocks it down a little. 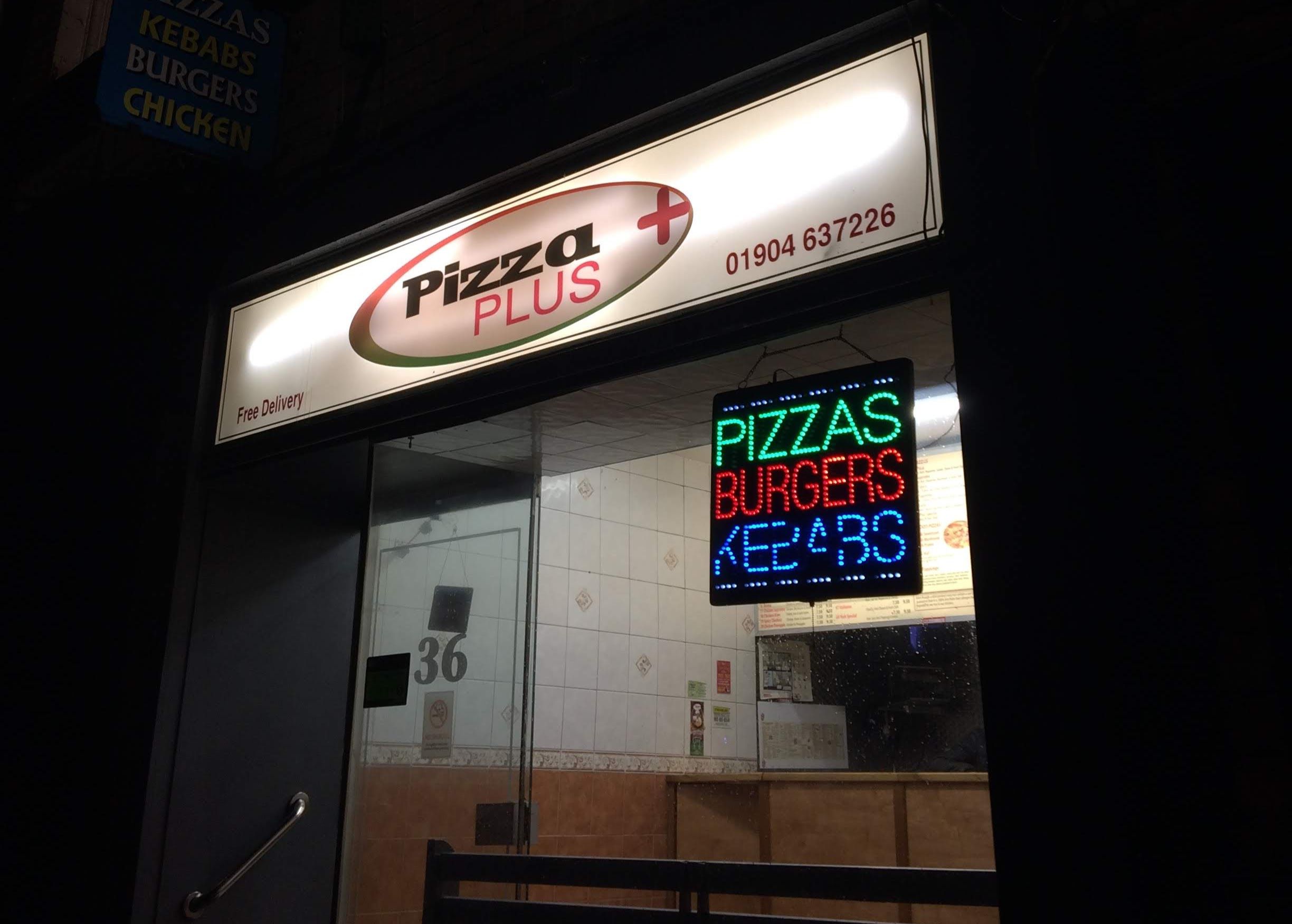 The lesser spotted Pizza Plus

From the busiest kebab place in York to one of the quietest. When wondering into Pizza Plus on a Monday night, we were met with a 15-minute wait time while they got the doner meat turning and warmed up, an unnerving process to say the least. The end product though, was a good kebab. At £5.50 for a medium, it was reasonably priced, on the large side, and got all the essential elements of a kebab right. 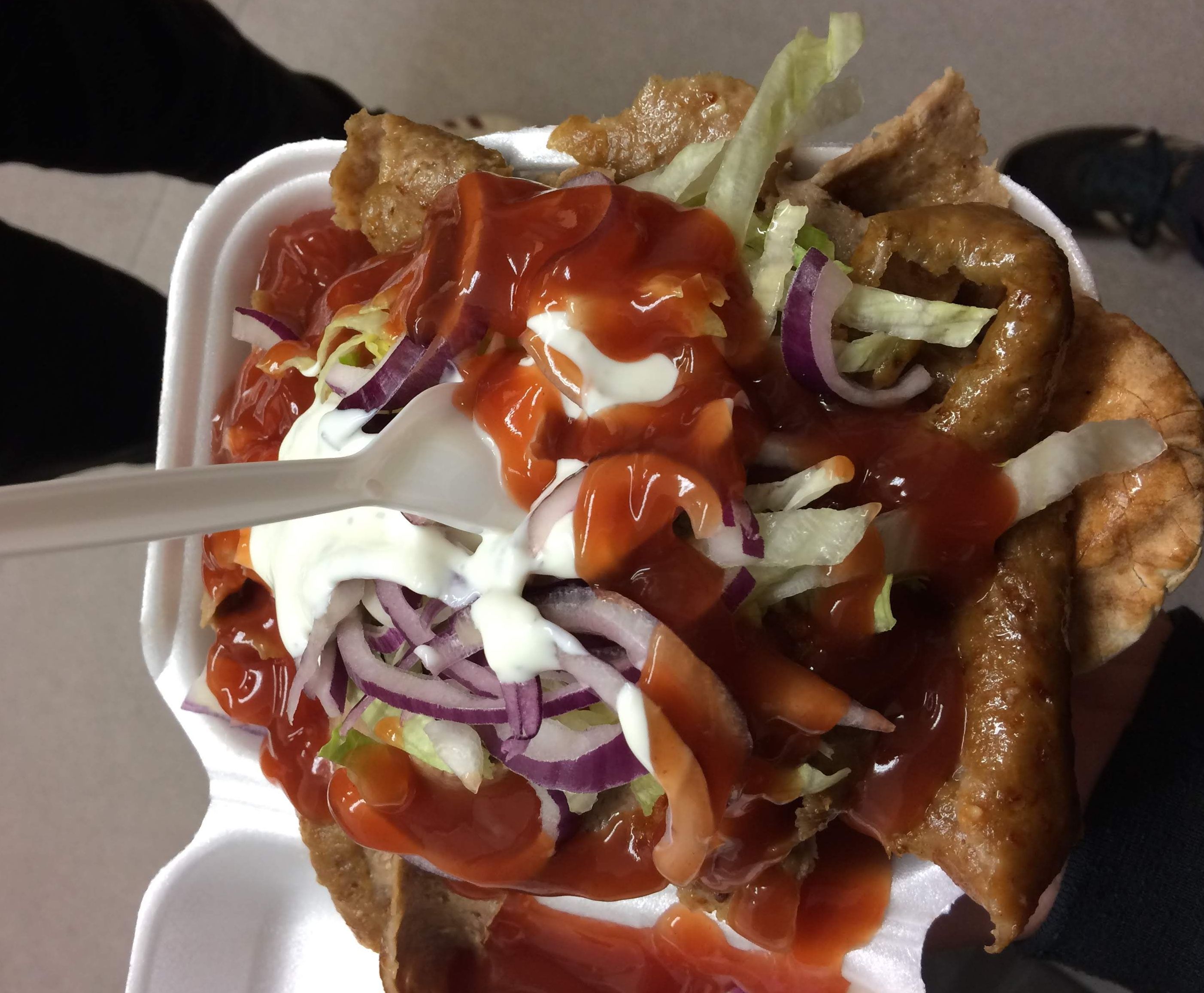 Nicely browned-off meat covered in all the usual trappings

My only qualms with this kebab are some fatty lumps in the doner meat and a relatively un-toasted pitta. 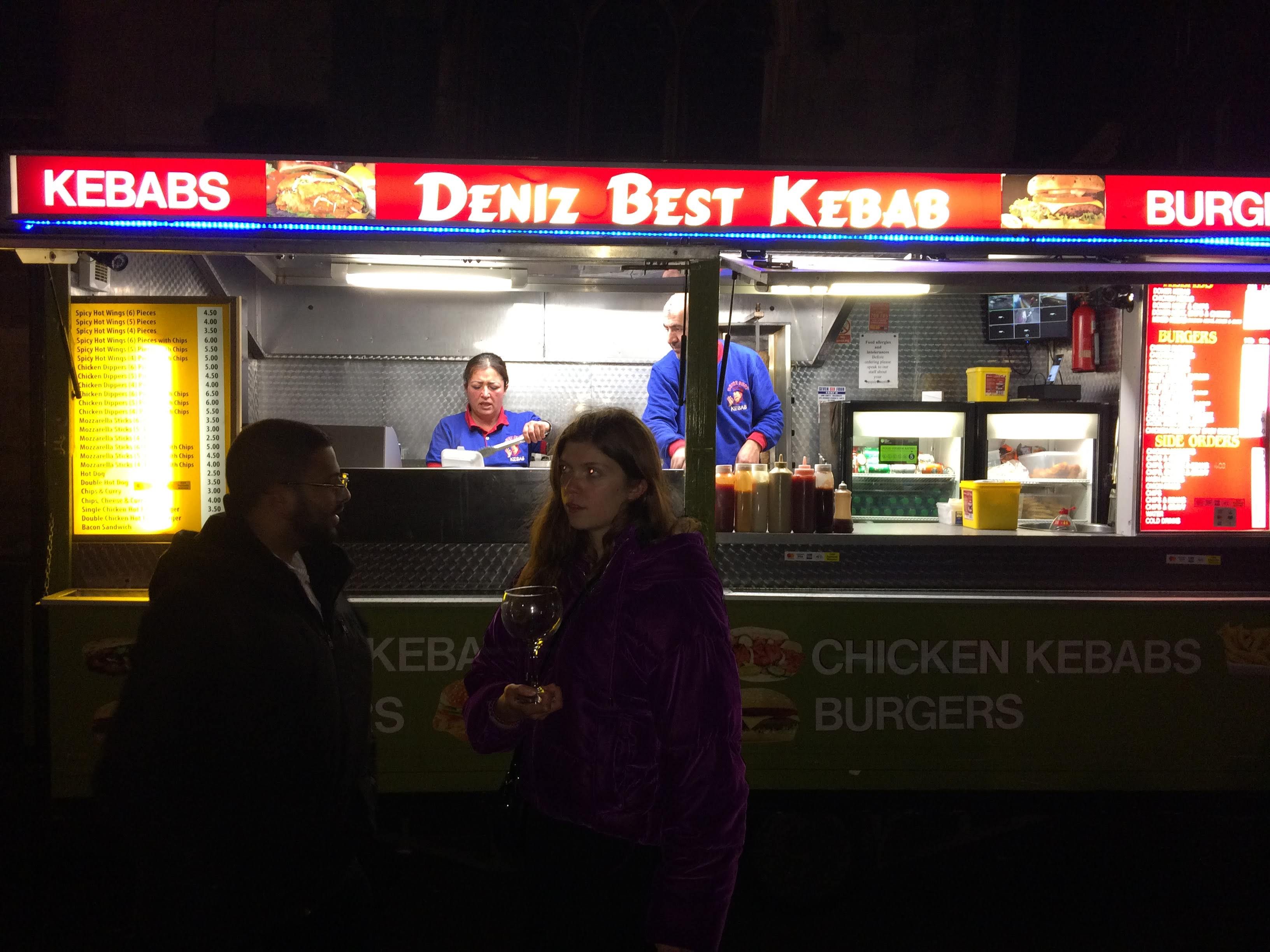 The legendary Deniz serving up our kebabs

Before I embarked on this kebab reviewing journey, I was sure that Deniz's would claim top spot. When Deniz hands you your kebab you are greeted with a mountain of meat, covered in a very healthy dosage of chilli sauce and garlic mayo, topped off with crisp salad – all for just £5!

What makes Deniz's so special however, is Deniz. The customer service is unparalleled, and you can even ask for variants on the traditional kebab. Much to all of our disgust, my friend (who shall remain nameless) always orders a doner kebab covered in cheese and curry sauce. 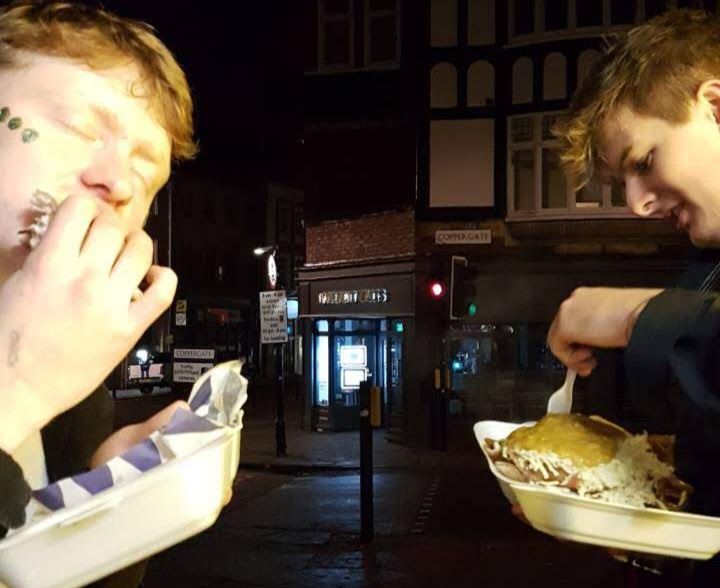 The cheese and curry sauce kebab in action

What stopped Deniz's from claiming top spot may seem inconsequential, but it hampered the performance of the kebab majorly. The kebab is served on a sliced-open pitta, which although conducive to a sandwich style situation, often leads to the thin bottom of the pitta falling through as you go to take a bite. A structural flaw I can't overlook. 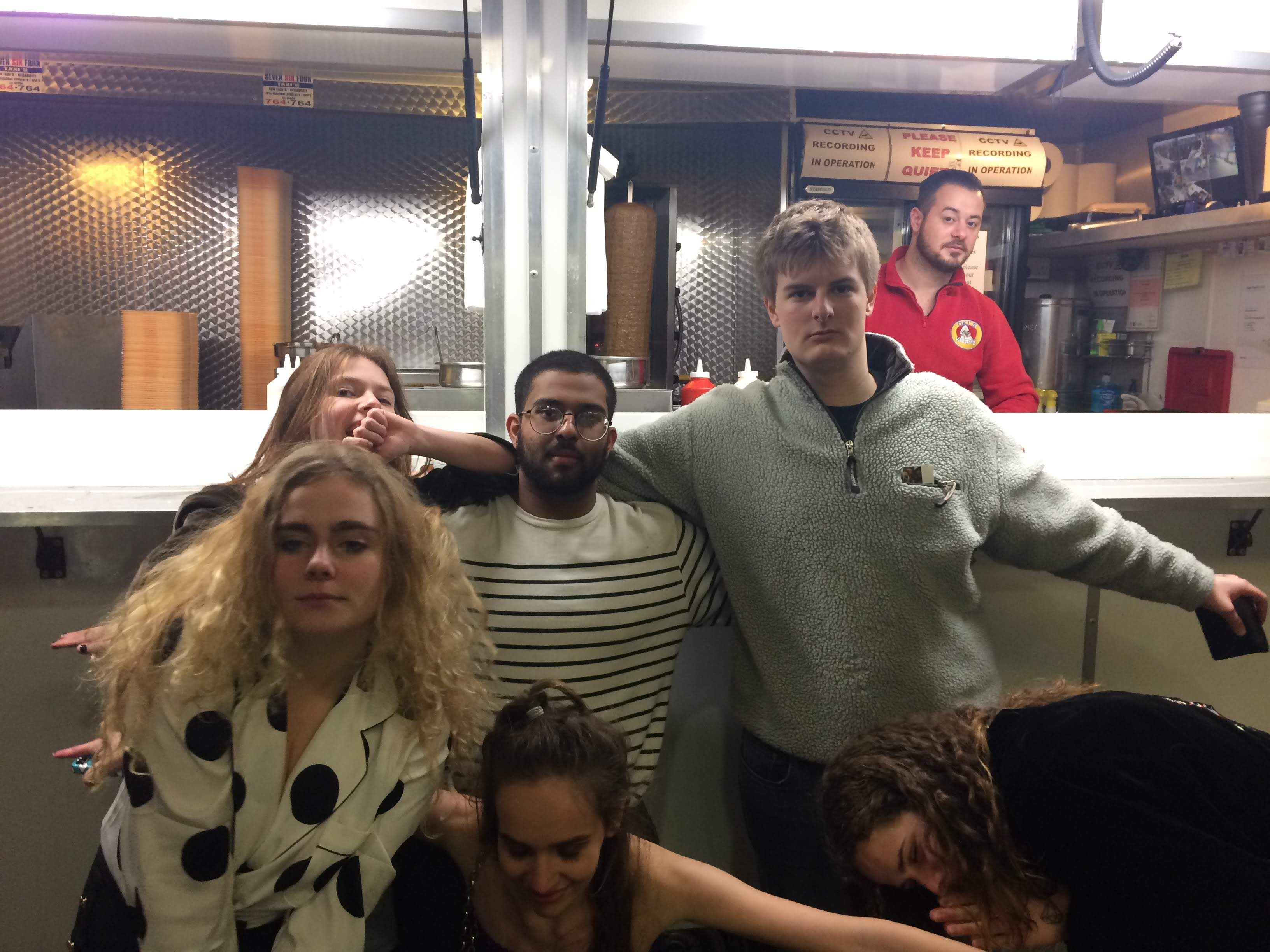 A bemused cameo from the guy making our amazing kebabs

After a week of completely immersing myself in York's kebab scene, I feel confident to award Oki's the title of the best kebab in York. Much like Deniz's, Oki's kebab comes in at £5 and packs a major punch.

The meat is juicy, the salad crispy and the sauce is rich and plentiful. Yet, what puts Oki's kebab above the rest for me, is the way that it comes in a tortilla and not a pitta.

This may seem like an odd basis to decide my winner, but the major problem when eating a kebab is a soggy pitta sitting sadly at the bottom of your polystyrene box when you've hungrily destroyed most of the doner meat. The tortilla effectively creates a bag that holds in the juices and the contents of the kebab ready to be eaten as a delicious wrap when the pile of doner meat has been cleared from the top.

As my time reviewing kebabs winds to a close, I'm content in the knowledge that I (and hopefully you) will know where to head for our fix of ambiguous meat shavings, and if I end up at Efes, at least the kebab will be a bigger hot mess than me.