Pride Sheffield committee resign: ‘What we’ve done was not appreciated’

The event has been going 10 years

The whole of the Pride Sheffield committee have today announced they are resigning.

In the last decade thousands of people have come to Pride events in the Steel City, which have been running for 10 years.

The committee said the last year has been "the most challenging yet" and claimed their work was "not appreciated", saying leftover funds will be donated to the South Yorkshire LGBT+ awards.

Earlier in the year, organisers apologised for calling the event "a celebration, not a protest", comments which sparked a backlash online. 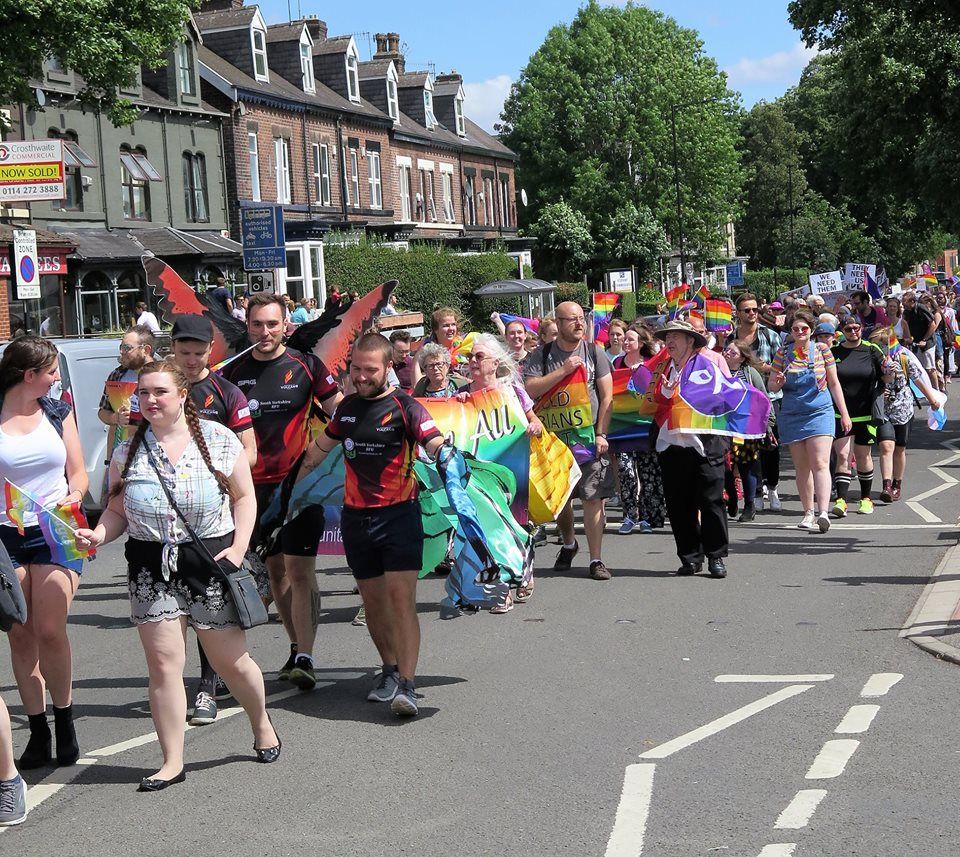 The 10th anniversary Pride event, held last month, was successful and saw thousands turn out. The Lord Mayor opened the main stage, the parade was the biggest so far, and Meadowhall lit up the night sky in rainbow colours.

They say their event "aims to help educate on how to be a better ally… [and] publicise the radical history of Pride."

"It is really with a heavy heart that we’ve all chosen to step aside but we really hope a new group of people can come together to continue pride for many years to come as it’s become an important annual event for the LGBT+ community.

"Over the last ten years Pride in Sheffield has continued to attract more and more people each year, providing a space where everyone can come together regardless of their gender or sexuality and have a great day out with their friends, family and allies.

"This past year has been the most challenging yet: the sponsorship support from many businesses has dwindled over the years, there have been more restraints and costs put on us by the relevant agencies, several of the bars and companies seem to cash-in on pride but haven't contributed to pride or got involved on the day, and donations on the day (buckets) were substantially less than last year.

"Our committees’ efforts have been constantly criticised which has included demoralising and unhelpful comments especially on Facebook and Twitter where we're actually trying to promote the event and to make it better for everyone: it certainly felt like what we’ve done was not appreciated.

"It is therefore with regret that the whole Pride Sheffield committee has chosen to resign and we will no longer provide an annual pride event in Sheffield. Our financial accounts are due to be audited, as they are each year, and any leftover funds will be donated to the South Yorkshire LGBT+ awards as per our constitution.

"We wish whoever takes over well and hope Pride in Sheffield will continue for many more years to come."